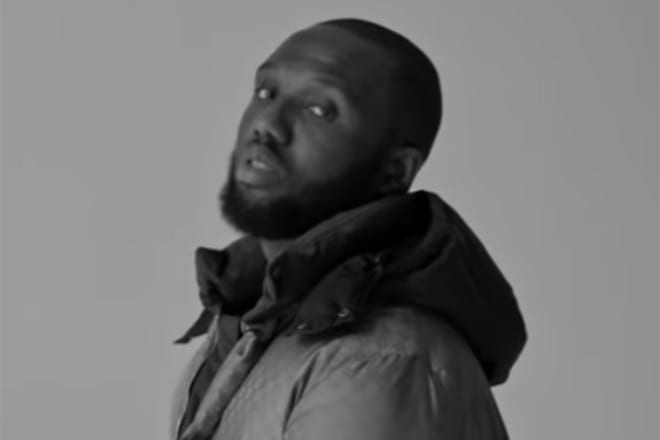 Posted at 17:47h in All Articles, News by Ajay Rose

Not too long ago, if you told someone a track with a lyric about a runner accidentally ‘shitting out a pack’ would grace the top 10 of the UK single charts, it might’ve seemed unthinkable.

Adding further fuel to the fire is the notion that drill music isn’t chart-friendly and doesn’t have much of a market outside of viral YouTube videos.

Headie One has bulldozed his way through those barriers and charted at #6. But how did the OFB rapper pull it off? Here, Plugsville breaks down the factors behind the success of ’18HUNNA’.

Headie One’s work rate is no joke. That much is also true for label-mate Not3s, who like Headie, embarked on a period of huge consistency to cement himself in the upper echelons of the black British music scene. Both are signed to Relentless Records and like the name suggests, both have displayed an arduous level of regularity with new releases.

He signed with the label in early 2018 and ever-since, what we’ve seen has been consistent and of a high quality. Before signing, we saw the joint Drillers & Trappers mixtape alongside RV, but a breakthrough for the duo came with ‘Know Better’ and the ‘shh’ ad-lib which came with it.

That track put Headie’s name in front of a large audience. From that moment onwards, he didn’t turn back.

A month later came The One mixtape in February (originally uploaded to streaming platforms without ‘Know Better’ but later re-added with that track), which brought Headie’s melodic drill movement to a new level, as tracks like ‘One Leanin’ and ‘Golden Boot’ prove.

The One was a very solid body of work. The One Two, released in June, was even better. The latter mixtape offered more replay value and sonically, was more experimental than the first, leaning more on the side of digestible rap but still sticking to the harsher content areas that drill music evokes.

It meshed together to form one of best bodies of work in 2018, armed with that straight hard-stuff (‘Work’, ‘GMD’) as well as the undefinable crossover between lightly-sung melodies and harsher rap lyrics (‘This Week’, ‘Heavy Metal’, ‘Banter On Me’).

Wherever you look, The One Two was hugely authentic and jam-packed with Headie One’s unique sound. As a result, it entered the album charts at #32 and laid the foundations for what could follow later.

Spliced in-between those tapes were plenty of features, including ‘Tracksuit Love’ (w/Kenny Allstar)’, ‘This Week (w/ Yxng Bane)’, ‘Issa Mood (w/ Not3s)’, ‘Touring (w/ Slim)’ and ‘Snaps (w/ Blade Brown)’. All of those tracks embody a new-age, way-cooler-than-you atmosphere which are found throughout most of Headie’s music, while allowing him to expand his own following by positioning himself among the fan bases of other artists.

By the time 2018 came to a close, Headie begun the year as a relative known but ended it confidently able to say he’s developed his own style and that style proved to be extremely popular.

Birdbox was watched over 45 million times in its first week. Why? Because the internet created a flurry of memes which almost forced people to take an interest. Once enough people discuss a particular piece of work on social media, the rest of the internet is faced with a choice: find out what’s so funny or get left out. Most people favour the former option and music is no different.

A few years back, we looked at Vine and other short-form content as the funny arm of the complex multi-arm black hole that is the internet. In 2019, memes are a powerful tool and hold so much more value than simply making people laugh. They make companies, entities and brands lots of money and it just so happens that a lot of Headie One’s work is extremely ‘meme-able’, so to speak.

The first big meme-able moment was ‘shh’ ab-lib. If you check Headie and RV’s ‘Behind Barz’, you’ll see that RV first mentioned ‘shh’ in that freestyle. But without a doubt, ‘Know Better’, released a few months later, was so effective that it seeped into music and online speak.

Clips of Headie saying ‘shh’ were cut and used with captions that had no relevance (but were still outrageously funny) to the actual track. Other rappers began incorporating ‘shh’ in their music. Non-drill fans were intrigued to see what all this ‘shh’ business was all about. Migos are known for their ‘skrr skrr’ ab-lib, a component of their sound that so many fans buy into. By saying ‘shh’ over 40 times in ‘Know Better’, Headie added something similar to his brand of music.

Probably through no fault of his own, Headie One’s interview with NFTR also provided another piece of meme royalty. ‘Issa sticky one stillll’ and ‘not much light can be shed on that one’, were chopped and re-purposed in contexts that had nothing to do with music, but ended up bringing more eyes to his music in the long run.

The same thing happened with the chorus to ‘Of Course’, with a short clip of Headie saying ‘of course I’m lying’ becoming another highly-shared viral moment, as did his short cameo from part 3 to ‘Shiro’s Story’.

Michael Dapaah’s rise from online content creator to platinum-selling artist, is crystal clear proof of this theory. If your name is viral and you’re able to deliver an effective product to satisfy your audience, it’s a new-age recipe for success.

Before anyone had even heard what the track would sound like, the preview clip already went viral, racking up millions of views across social. There is even an ’18HUNNA’ challenge encouraging more people to keep spreading memes. It’s fair to say that the meme-ability of Headie One’s music has definitely fuelled his rise.

For example, ’18HUNNA’ topped the ‘Trending Chart’ for most of the week, an indication that the track had garnered a huge buzz in a short space of time. Whilst we can’t confirm the exact split between pure sales, streaming sales, converted YouTube sales and the like, we can reasonably assume that the 1.8m video views (on Headie’s own channel, might we add), played a big part in ensuring this wasn’t just another viral video, but now, a high-charting single.

The success of ‘Funky Friday’ helps too. When you turf the likes of Sam Smith and Calvin Harris for the top spot, people take note. So when Dave popped up with his first release since ‘Funky Friday’, there was already anticipation there, an eagerness which no doubt attracted viewers to ’18HUNNA’.

Headie One’s rise should therefore come as no surprise. He has developed his own sound and continues to expand his fan base with an authentic offering, culminating in ’18HUNNA’ becoming UK drill’s highest-ever charting track while teeing him up for future success.