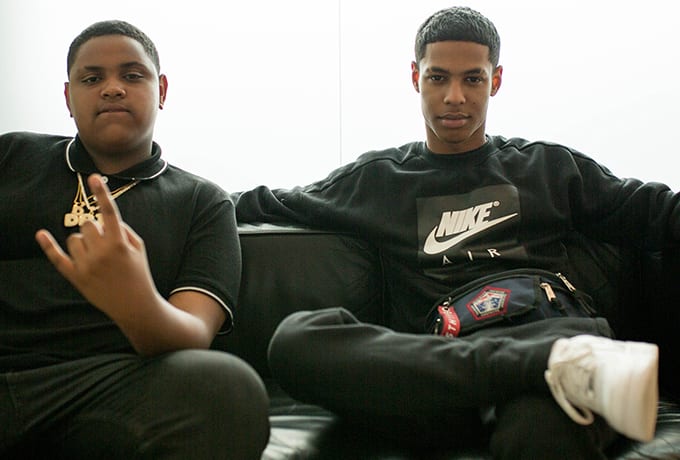 Posted at 19:51h in All Articles, Interviews by Kirin Sall

AJ x Deno are products of what you might describe as the ‘DIY’ generation within British music. Before the internet, two school kids had little chance of building a name for themselves through a few free applications, but after meeting at a Westfield Stratford link up and being introduced through mutual friends, AJ x Deno birthed a partnership that has seen them build a promising music career before they’ve even left school.

However, their passions began separately and they each found their own way to the spotlight before finding each other. AJ released his debut track ‘Say It Back’ which received a huge reception, racking up over 100,000 views. Meanwhile, Deno discovered his voice for singing and released various covers, which quickly went viral.

Social media has been the driving force of their rapid ascension, racking up a combined following of just under 300,000 followers between them. The pair soon began working together exclusively, finding time to collaborate in between school to self-release a string of hits that helped to establish themselves, including ‘Chase’, ‘Coming For You’ and ‘Real Life (ft. Geko)’. 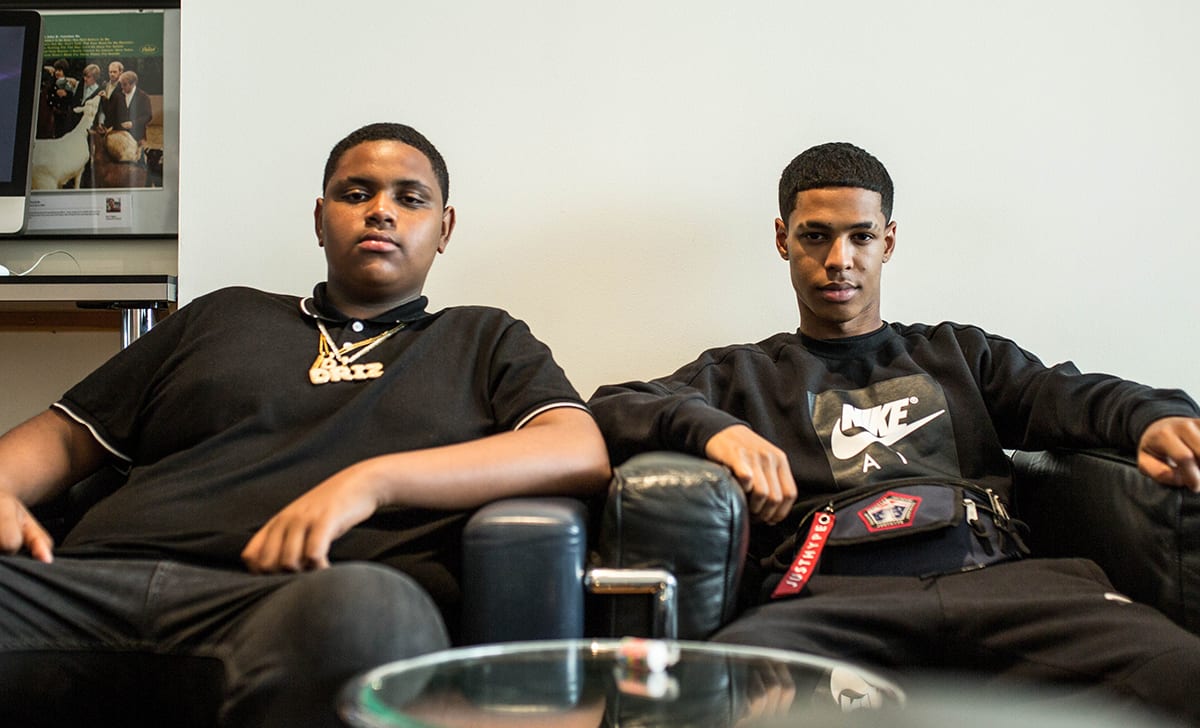 It was this passion and self-belief that then got them signed to Columbia Records and changed the game for them: “It has been a very interesting and crazy, very crazy journey to be honest, but it feels so good though”.

Just before meeting AJ, Deno saw himself become an overnight, viral superstar in March 2016 after releasing a video of his impressive singing skills in his school uniform. He attracted the attention of Stormzy, who wanted to know more and turned to Twitter to find out where Deno was from. Eventually he tracked down Deno’s location and got in touch and he later posted a picture of them both in the studio together.

Deno was featured on Stormzy’s debut album, Gang Signs and Prayer, and speaks highly of the iconic grime artist: “Yeah [me and Stormzy] been working and Stormz is a cool guy, and as you can see he is very big, successful and [he is a] very good and actually a very humble person. To be able to work with him and make some sort of production is crazy.” 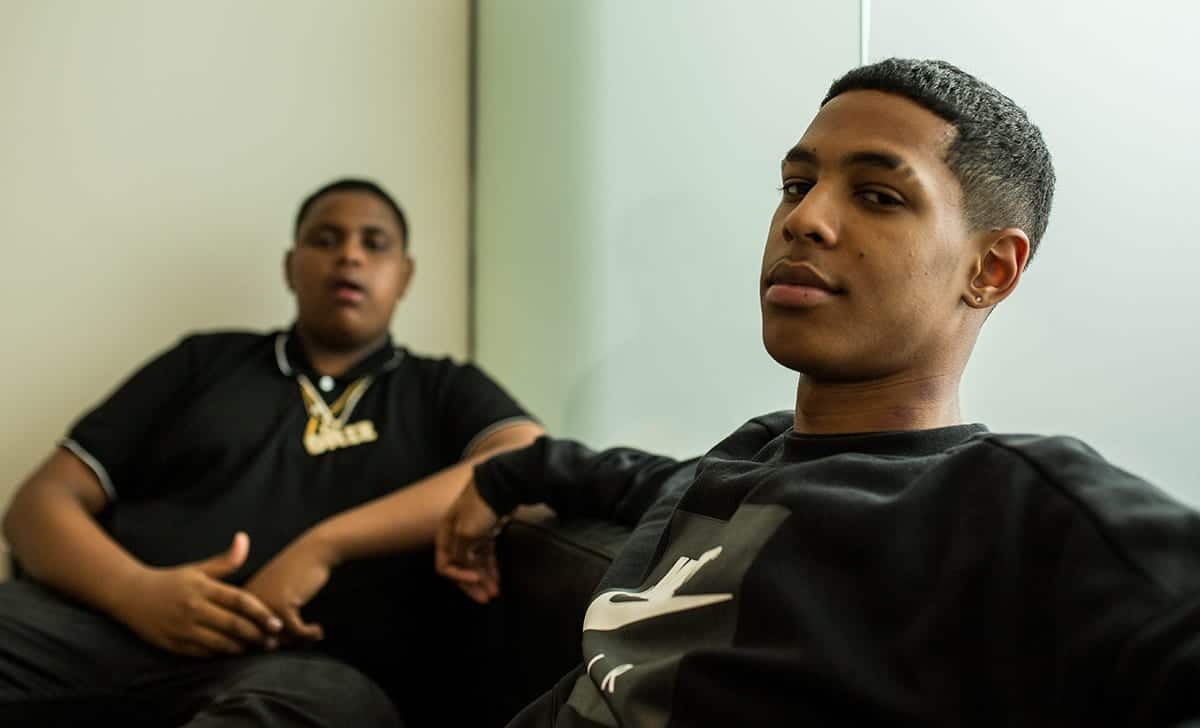 As is the case with social media, one post can literally end up anywhere. Hailing Drake as an inspiration, the duo also pay homage to Yxng Bane and Ed Sheeran, with one of their idols, Chris Brown, reaching out to Deno on Twitter, who advised him to ‘Keep working hard, remember to always do it for the love and your fans. #GrassAintGreener lil bro.’

With the release of their first song ‘Know Me’ AJ x Deno wanted to launch and commemorate the occasion in style. So, of course they shut down Westfield Stratford, where it all began, with the police called in to close off their celebrations and music video shoot. Their sound has changed somewhat since that release but still incorporates an easily-digestible, feel-good element that underpins their music.

“We kind of started off with a different sound, and I think we slowly adapted to it because it’s what’s going on right now in the UK culture. We have got people like Not3s, J Hus and Geko and it’s popping. We just jumped on the wave and it’s been great. It’s come easy and natural to us now,” explains Deno. 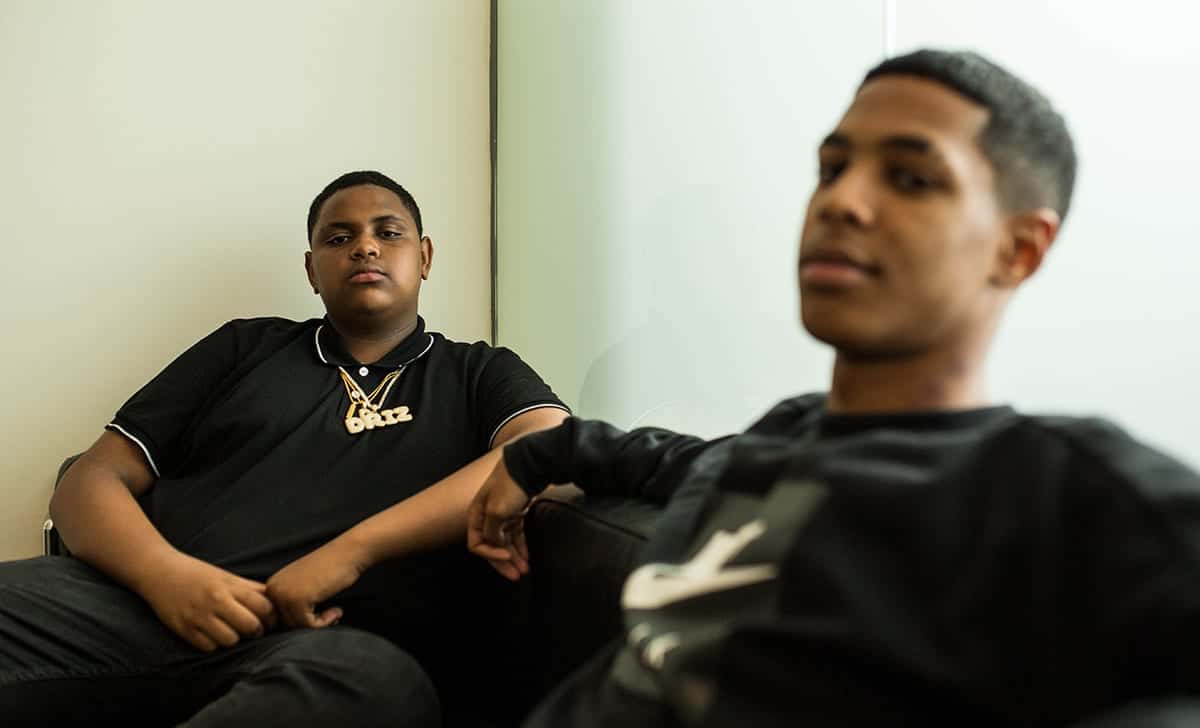 Already AJ and Deno have been featured on Spotify’s fastest growing playlist, as their afroswing-tinged sound has been raking in listeners since their first single ‘Know Me’. Since then, they have piled up over 14.5 million views on YouTube and charted at #48 in the Official Singles Charts with ‘London (feat. EO)’.

The release of ‘London’, which has accumulated over 10m YouTube views alone, has helped to propel their sound to another level, a collaboration which came naturally to the trio of young artists: “It was good, it was fun. We didn’t even think of it as like ‘Okay we got a video now’ it was just good because we all get on, we’re close age group so we can all just chill and make bare jokes it was good and so much fun,” recalls Deno.

After delivering a chaotic performance at Wireless on the Pepsi Max stage last year, this year they were upgraded to the main stage alongside DJ Semtex. On top of that, they can also look forward to a second sold-out headline show at the O’Meara on August 6. 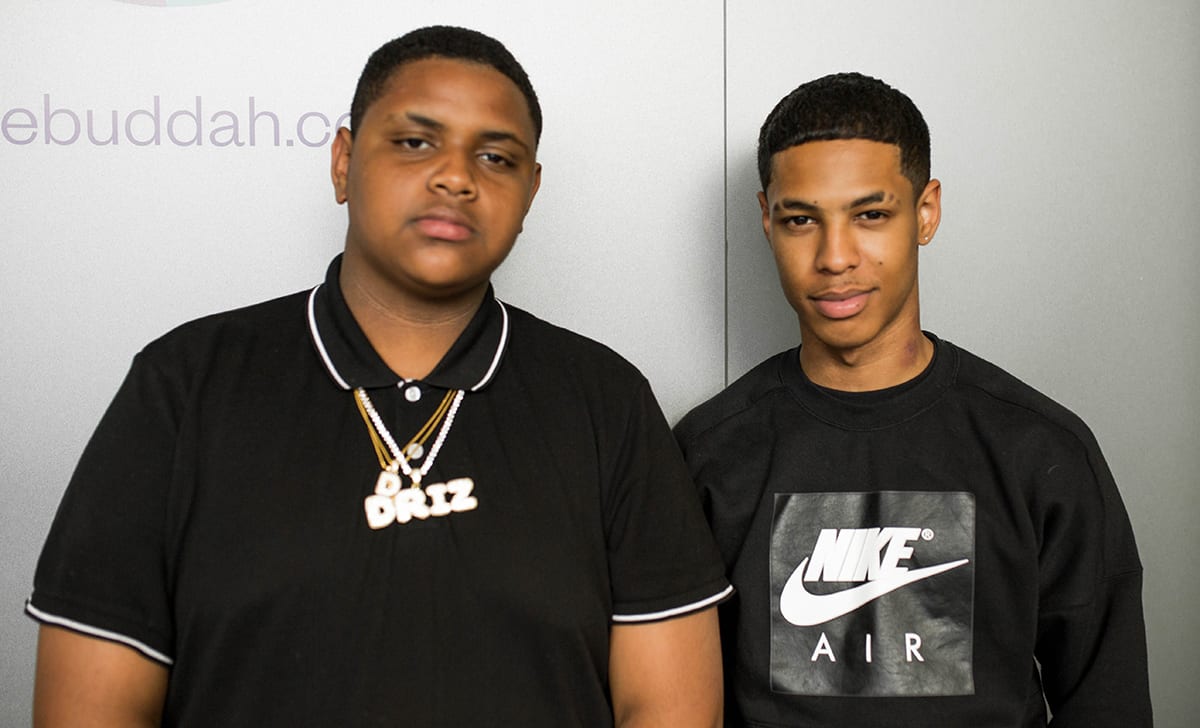 For such young artists, both AJ x Deno are focused on the bigger picture, not getting sucked into the pitfalls that notoriety can bring: “We just want to make more tunes, bare bangers and make more money,” with AJ revealing that a body of work is on its way too: “We got a project coming as well, we are currently working on our debut EP and we are going to announce the name of that soon. It’s gonna be a good one.”

In racking up a huge fan-base of similarly aged fans, it’s likely that a large number of those fans will grow with AJ x Deno across the years. For now though, the young duo are navigating their way through the hurdles of a music career at a rapid rate, and they haven’t even finished school yet.