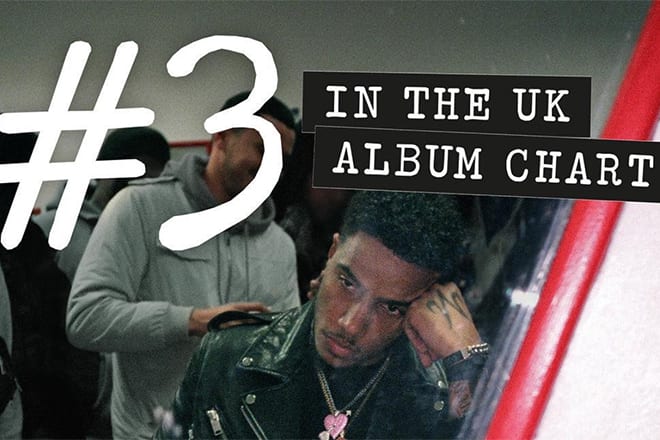 Posted at 13:31h in Uncategorized by Ajay Rose

‘Independent top twenty/ God forbid when I get a top 10,’ rapped AJ Tracey on ‘Triple S’, the final track from his debut album.

The Ladbrooke Grove rapper has gone one better and secured a top-five, as his self-titled 15-track album charted at #3.‘Psych Out’ climbed 30 places, now sitting at #18, adding another top 20 to AJ’s collection following on from ‘Butterflies’ (#19). There are three songs in total from AJT’s album inside the top 50 with ‘Wifey Riddim 3’ and ‘Ladbrooke Grove’ ranked at #46 and #48 respectively.

NSG came mightily close to a top 10 last week but missed out by 166 sales. This week they have slipped down a place to #12, with the song enjoying its seventh week in the chart. Russ’ ‘Gun Lean’ drops four places down to #20, while Cadet and Deno’s hit ‘Advice’ has re-entered the top 40 at #36 following the unfortunate passing of Cadet last week.