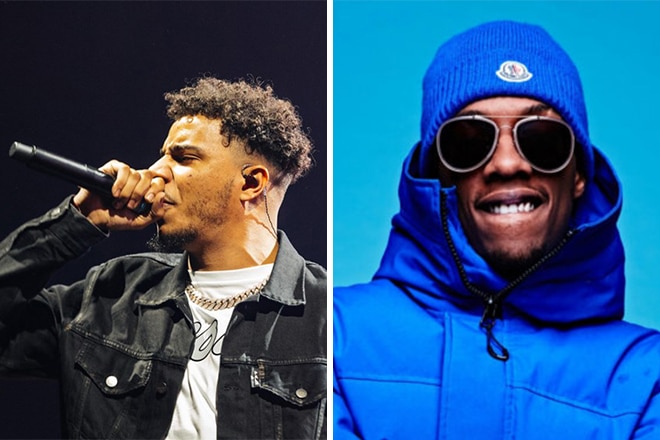 Posted at 23:51h in Uncategorized by Plugsville

In this edition, AJ Tracey and MoStack, will square off in this head-to-head hit battle.

Like pretty much all industries, the music industry has come to something of a standstill because of the coronavirus lockdown. To help see you through these boring times, we are going to throw things back and put together a list of hit battles.

Two artists will go head-to-head and we will list 10 of their biggest tracks. We will use the following criteria to select 10 tracks. Firstly, we will include as many of an artist’s biggest singles possible, according to chart positions, streaming totals and YouTube views.

We will also consider tracks where an artist laid down an incredible verse as a guest on someone else’s track. If the verse is good enough, it will be included. Secondly, there will be a few editorial picks as well, as we aim to select a list of sound clash-type tracks rather than deeper, introspective tracks.

We have also listed a few stats and figures, such as each artist’s three-highest charting singles and their three most-watched music videos. There may be instances where stats are put to one side and commercial songs are left off in favour of better tracks elsewhere in an artist’s catalogue.

To vote for your winner, simply down and cast your vote in the comment section of our Instagram post at the bottom of this article. The 10 tracks will be listed in no particular order.

The two rappers have solid chemistry when working together and have displayed this across three tracks. The first was ‘Fashion Week’, alongside Steel Banglez. Next was ‘Floss’, which featured Not3s and more recently, the duo linked up once again for another new joint called ‘Dinner Guest’, which you can watch by clicking here.

In the interests of fairness, we’ve left off the above-mentioned three tracks of both artist’s hit list, but there is still plenty of hits to choose from. Both London rappers can draw upon earlier hits in their career that helped propel them to higher heights, such as ‘Liar Liar’ and ‘Packages’.

Elsewhere, AJ Tracey and MoStack also have a growing number of charting hits among them, with at least six top 40 singles included in their respective lists, and that’s before we include the success they had with ‘Fashion Week (#7)’ and ‘Floss (#22)’. It’s safe to say this is a battle that won’t be easy to call.

Cast your vote between AJ Tracey and MoStack below: