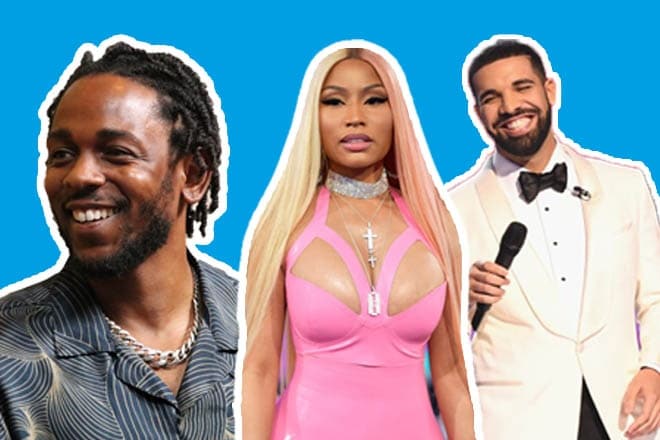 Posted at 19:05h in All Articles, News, News Main by Plugsville

The last ten years has blessed with more than a few classic projects, so we’ve compiled our list of the best rap and hip hop albums of the decade.

There is one rule here – only one album per artist. So if you’re wondering why the likes of To Pimp A Butterfly or Born Sinner aren’t on this list, it’s because other Kendrick Lamar and J Cole albums were chosen respectively. With that in mind, there are no regrets associated with including Good Kid M.A.A.D City ahead of TPAB. They say it’s much harder to make your second million than it is your first and that couldn’t be more true here. Section.80 was an incredible mixtape, almost album-like, creating huge expectations around GKMC, which Kendrick undoubtedly exceeded, turning a cult following of TDE fans into a much larger mainstream audience with a project laced with elite lyricism and soothing beats.

In an interview with MTV earlier in the decade, Kanye West said: “I do have a goal in this lifetime to be the greatest artist of all time, but that’s very difficult being that I can’t dance or sing.” Singing and dancing may not be his forte, but his work as a producer and boundary-pushing rapper arms him with enough of a defence to enter the discussion of ‘greatest musician of all time’ without looking out of place. If Kanye ever was to win such a title, MBDTF would be a big reason why. The insane quality of instrumentals (headlined by that extended guitar solo in ‘Devil In A New Dress’) littered throughout this album made the rest of the game step up the levels from that point onwards.

MMG’s roster enjoyed a strong beginning to the 2010s, with Rick Ross (Teflon Don), Meek Mill (Dreams & Nightmares) and Wale (Ambition) all appearing on our albums of the decade list, alongside Big Sean (Finally Famous), Nicki Minaj (Pink Friday), A$AP Rocky (Long. Live. A$AP) and Styles P (Master of Ceremonies) in some of the other earlier selections. Later entries include the trend-setter that was Migos’ debut album, Culture, as well as other trap-slanted favourites like Future’s DS2, Birds in the Trap sing McKnight by Travis Scott and Pretty Girls Like Trap Music by 2 Chainz.

Here is our full list of the best rap and hip hop albums of the decade, listed in the order in which the projects were released:

Best rap and hip hop albums of the decade

Childish Gambino – Because the Internet (2013)

After checking out our list for the best rap and hip hop albums of the decade, click here to read through the best football moments of the past ten years.