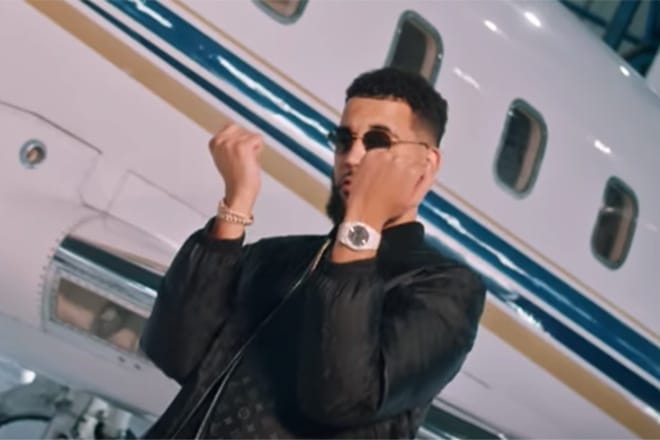 Posted at 19:42h in Uncategorized by Plugsville

Directed by TV Toxic, ‘Pink Notes’ sees Asco adopt a more autotuned-focused flow, with plenty of Gucci, fast cars, a mansion and a private jet, making for another extravagant visual, typical of his releases.

This latest release from the Mulli Gang rapper follows on from ‘Goin On’, ‘So Litt’ and ‘Cheque’, the latter of which features Loski, with ‘Pink Notes’, and its lavish visuals, expected to rack up similar viral numbers online.

Those collection of hits helped Asco to receive a nomination for Best Breakthrough at the Rated Awards, with the award eventually going to Headie One. Like Asco, fellow Mashtown rapper Margs has enjoyed a fruitful 2018, dropping a series of releases that have helped to re-build a buzz around his name, following earlier success as a rap collective nearly a decade ago. To read Plugsville’s interview with Margs, click here.

Cyprus Break Festival, a collaboration between Link Up TV, Napa Rocks and Dench, will debut later in September. Asco is among one of over 20 different UK artists to grace Santorini for its debut showpiece. You can find more information about the full line-up here.