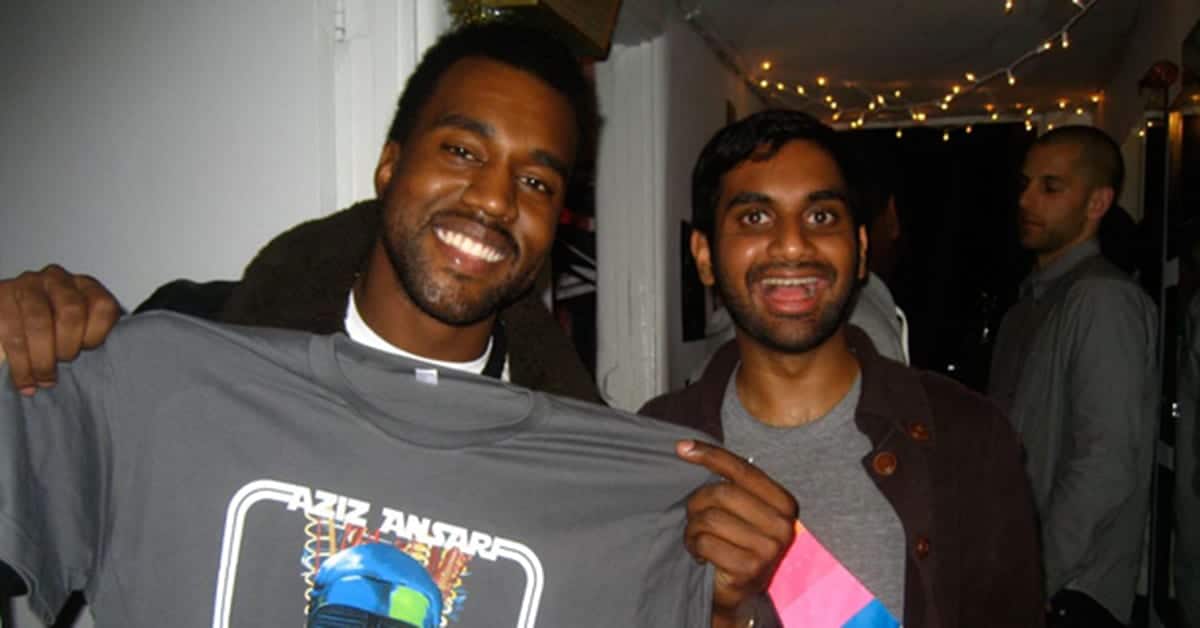 Posted at 23:15h in All Articles, News by Ajay Rose

Aziz Ansari has shared a tale about Kanye West playing My Beautiful Dark Twisted Fantasy for a delivery guy before its release.

Speaking as a guest on the Bill Simmons Podcast, the Master of None star says he saw Yeezy first ask the delivery man to walk the suitcases around the apartment to see which one looks cooler, before playing him songs from his fifth studio album. Here’s what he told Bill Simmons:

This is so fascinating to me. He was working on ‘Twisted Fantasy,’ and there was a guy who comes in, he’s got two vintage, Hermès suitcases—travel suitcases. And he’s trying to pick which suitcase, and he has one of his guys like, ‘Yo grab that one and walk around with it a little bit.’ [Laughs] ‘Alright, grab the other one and walk around with it a little bit.’ [Laughs] He wants to see which one looks cooler to walk around with. And he picks one. And the guy is still there, from some delivery service, and he [Kanye] is like, ‘Hey, I want to play you something. Tell me which of these [songs] you like. It made realise how much to value someones opinion. Everybody’s opinion is very interesting to have.”

Listen to the podcast in full here, where Aziz also talks about featuring in the video for ‘Otis’, Watch The Throne and more.