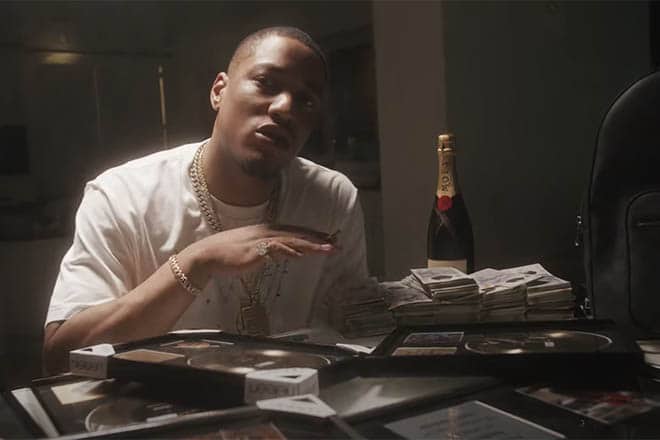 28 Aug 2020 Bando Diaries: With over 60m views from 7 tracks in 2020, Dutchavelli continues hot streak with another viral offering

Posted at 23:25h in All Articles by Plugsville

Dutchavelli’s work rate in 2020 has been second to none and that much is true with the release of ‘Bando Diaries’.

The fast-rising UK rap star has continued his momentum with another hard-hitting release. Since the turn of the year, Dutchavelli, who is also Stefflon Don’s brother, has dominated YouTube, bringing views to GRM Daily’s channel in abundance.

His first breakthrough track was ‘Only If You Knew’, a track which peaked at #95 in the charts back in January and continues to rack up video views as if it was released last week. The track has piled up 17 million views, and according to GRM’s weekly top ten charts, continues to rack up around 400,000 views each week.

Dutch followed up ‘Only If You Knew’ with another huge smash in the form of ‘Surely’, a single which is sitting at just under 6m views since its release back in March. His buzz continued to grow after the release of ‘I Dunno’, alongside Tion Wayne and Stormzy, which clocked in at #9 on the charts and continues to rack up around 900,000 views a week, adding to overall view additional hints count of 19m views, despite the song being released back in June. On top of that, he featured on Noizy’s track, ‘All Dem Talk’, alongside Gzuz, and racked up another 12m views.

Then came ‘Burning’ alongside M Huncho, one of the lead singles from GRM’s celebratory GRM10 project. ‘Burning’ represents Dutchavelli’s first top 20, as the track debuted at #13 back in July, and like his other singles, is well-appreciated on YouTube in the form of 7m views. Shortly after came ‘Black’, and another 1.6m views. To recap, at the time of writing, Dutchavelli has accumulated over 62m YouTube from just seven tracks, an average of 8.8m views per video in 2020.

Despite being its release just over 24 hours ago, the track has already totalled over 750,000 views and looks to be yet another viral smash.