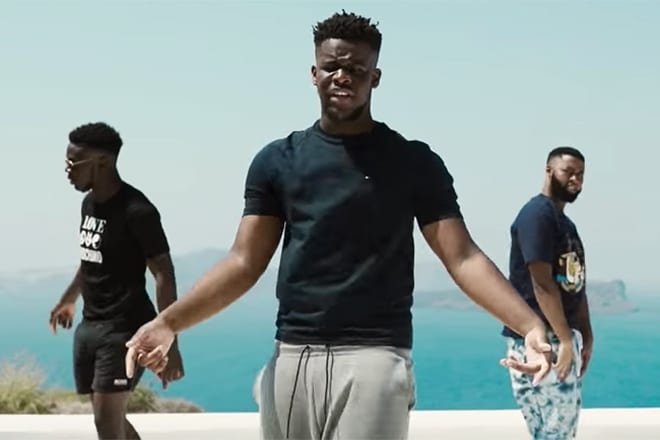 Posted at 22:09h in Uncategorized by Plugsville

Belly Squad Ribena –  The South London trio have built up a following for their Afroswing-tinged bangers, with their latest cut, ‘Ribena’ adhering to that philosophy. As is the norm, the responsibility of delivering an easily-digestible chorus is divided, with Ross taking the reigns this time, behind a pair of a summer-sounding verses from Max and Ty.

Produced by TK, ‘Ribena’ sees Belly Squad head out to Greece, celebrating the last days of summer before cold weather season officially begins. The audio for the track was released back on August 29, with the visuals arriving almost a month later.

Prior to the release of ‘Ribena’, we saw ‘Missing’, a huge link-up between Belly Squad and Headie One. ‘Missing’ has accumulated over 6.8 million views since its release at the end of April, making it one of the group’s biggest releases.

Belly Squad recently featured on LD’s debut solo project, The Masked One, featuring on ‘Part 2 (Baddest)’. To listen to that track, click here. On top of that feature, the trio will also appear on Block Diaries, the debut album from Kenny Allstar, on a track called ‘Time Is Money’.

You can stream Belly Squad Ribena on Spotify or Apple Music. Watch the video below: