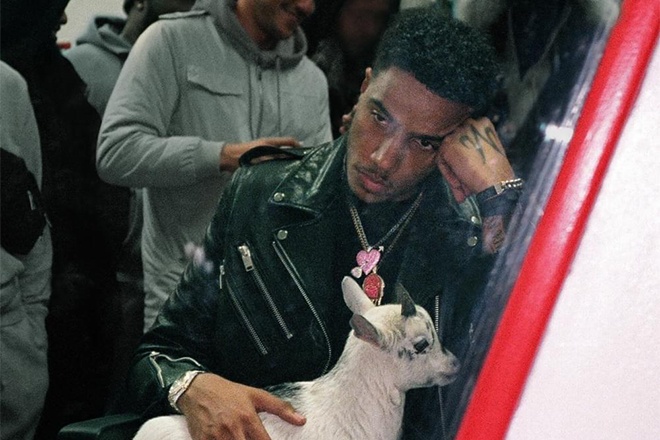 Posted at 02:28h in All Articles, News, Plugsville Reviews by Ajay Rose

If you asked someone what AJ Tracey’s album might sound like around the time he dropped earlier bodies of work like Champions League & Alex Moran (2015) or his ‘Packages’ freestyle (2016), you might’ve expected a project filled mostly with his aggressive, punchline-orientated style of grime that he made his name from.

Four years later, AJT has captured the essence of what made his flow his successful and transported that to newer spaces, allowing his crisp wordplay to manifest behind trap-slanted beats with melodic twists and autotuned-assisted hooks. There can be an assumption that when an artist leans more towards the melodies, the lyrical content suffers, as if the two are mutually exclusive. AJ Tracey’s self-titled debut album lurks in that middle space, encapsulating his life so far across 15 tracks.

What all of this means is, despite the different flows, this project is still laced with many lyrical gems, so in no particular order, Plugsville bring to you the five Best Bars from AJ Tracey’s debut album:

AJ Tracey’s quest to display his versatility took a hugely positive turn by including a garage track on his album, but giving that this is an ode to his hometown, the lyrics in the chorus effectively personify why people love where they come from, despite that area’s flaws.

Ask someone from South which part of London’s the best they’ll say South. Ask someone from North, they say North. And so on. This track brings out that sense of pride in your hometown behind a smooth beat from Conducta.

Track – Nothing But Net (feat. Giggs)

It seems like a safe bet to predict that this banger will be performed somewhere near the end of AJ Tracey’s forthcoming live shows. It’s one of those type of closer tracks, a straight anthem. Nyge and ADP combine to serve up a wicked instrumental and both AJT and Giggs go ham with their verses and the hook brings it all together.

On a deeper (and more speculative) level, the title of this one leaves room for interpretation. Some people online have reacted negatively to AJ’s decision to embrace a more melodic approach, so making a track called ‘Nothing But Net’, calling in Giggs and then delivering a mad verse goes some way in addressing those critics.

“I got rollies, diamonds and chain/ but I got business ventures and land”

Tracey lives in a ‘lush, lavish space not too far from where he grew up in Ladbroke Grove’, according to Noisey, and raps often about his place throughout the project, adding further substance to these brags.

We’re all for stunting about the finer things in life but there’s an added level of shine when you’re rapping out spending money on income streams rather than disposable assets.

This lyric is like the matured version of his bar about eating ‘your younger sibling’s pack lunch’ with zero remorse, oozing a carefree attitude to the fullest.

His original ‘Wifey Riddim’ brought a new twist which everyone and their dog made a track to, and ‘Wifey Riddim 3’ is no different, courtesy of Steel Banglez setting the stage with smooth drum patterns throughout.

The second verse in ‘Triple S’

We’ve included the whole verse because he uses his choice of Japanese cuisine to alley-oop a bar about having your girl in his crib in a catsuit, before letting us know he was up north like [Christian] Atsu’. The Atsu bar seems random until you realise that like Tracey, Premier League winger Atsu used to reside in West London during his time at Chelsea before moving up north to Newcastle.

Atsu plays football in Newcastle, AJ Tracey has performed in the city and will visit there as part of his debut album tour will visit Newcastle (March 14). It’s a strong fit all round. The verse ends with a flurry of quick rhymes and the tempo and wordplay in this verse were straight fire and helps the album to end with a bang.