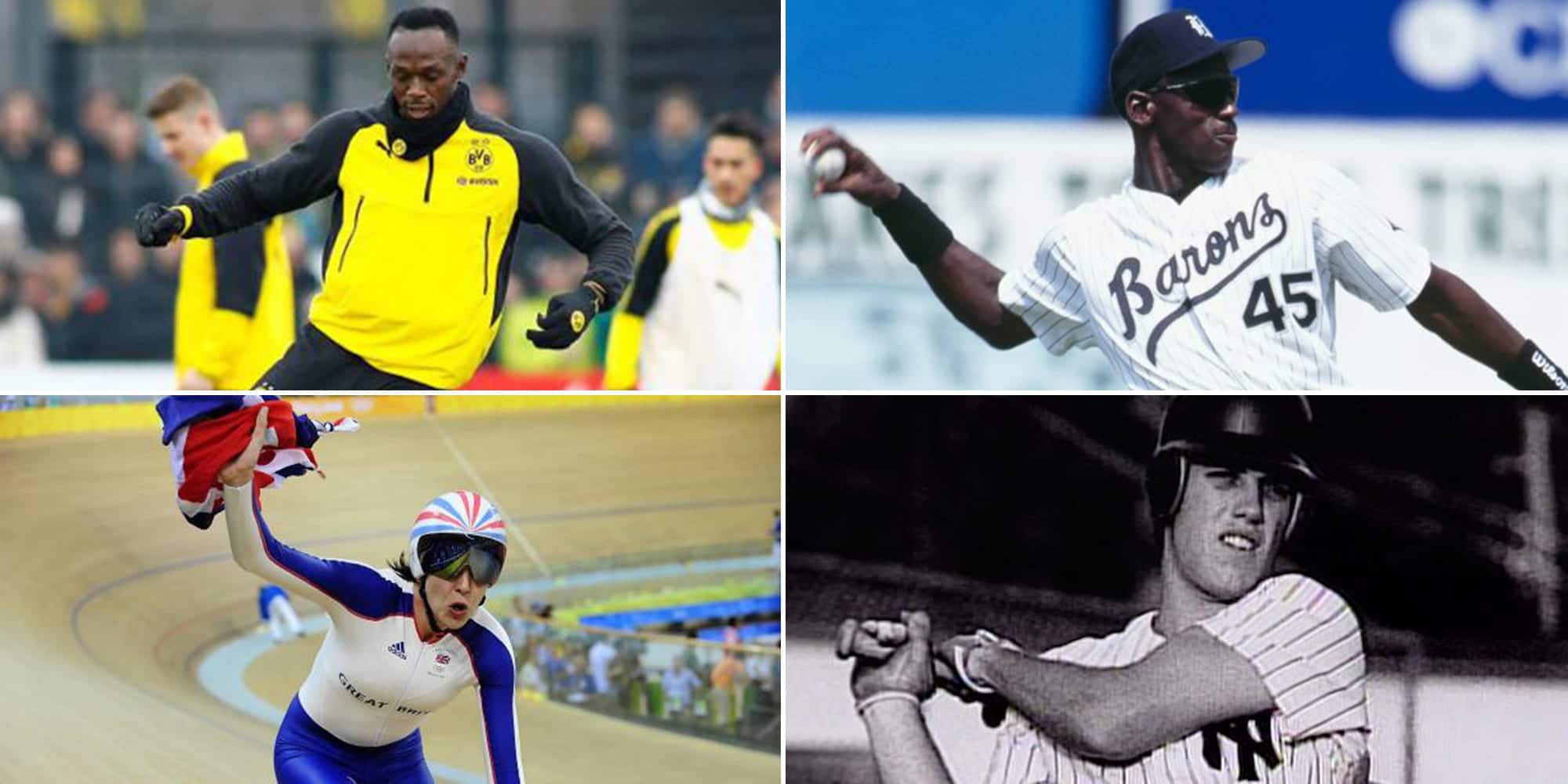 Posted at 01:17h in All Articles, News by Ajay Rose

Usain Bolt isn’t the only athlete to try out multiple sports.

The historic sprinter is currently training with Australian side Central Coast Mariners in hopes of fulfilling his dream of becoming a professional footballer, following unsuccessful trials with Borussia Dortmund, Mamelodi Sundowns and Stromsgodset, the Norwegian side from which Real Madrid poached teenage sensation Martin Odegaard.

Whether or not Bolt ever graces Old Trafford, the stadium of his favourite team, or in fact any football ground, remains to be seen, but his excursion into football brings to mind some of the greats from yesteryear who were multi-sport athletes once all was said and done.

Here, Plugsville’s opinion takes a look at 10 of the best multi-sport athletes of all-time. 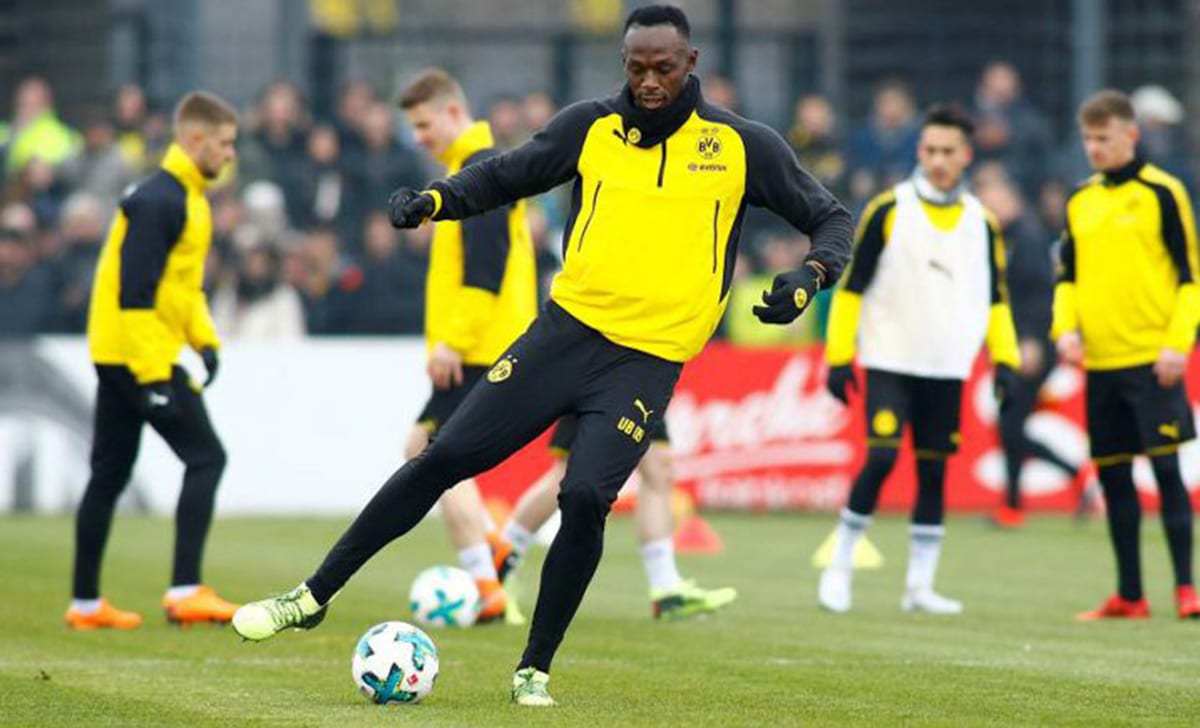 What hasn’t Usain Bolt done on the track? The Jamaican legend still remains the fastest sprinter of all-time and holder of 19 Guinness World Records.

One of his other world records include being responsible for selling the most tickets at the IAAF World Championships, a nod towards the sprinter’s unrivalled commercial potential, taking home more than £46.82m ($60m) in career earnings to date. That huge earning potential is likely attracting multiple clubs to take a punt on Bolt, who remains adamant that he will one day fulfil his dream of becoming a professional footballer ‘at a high level’. 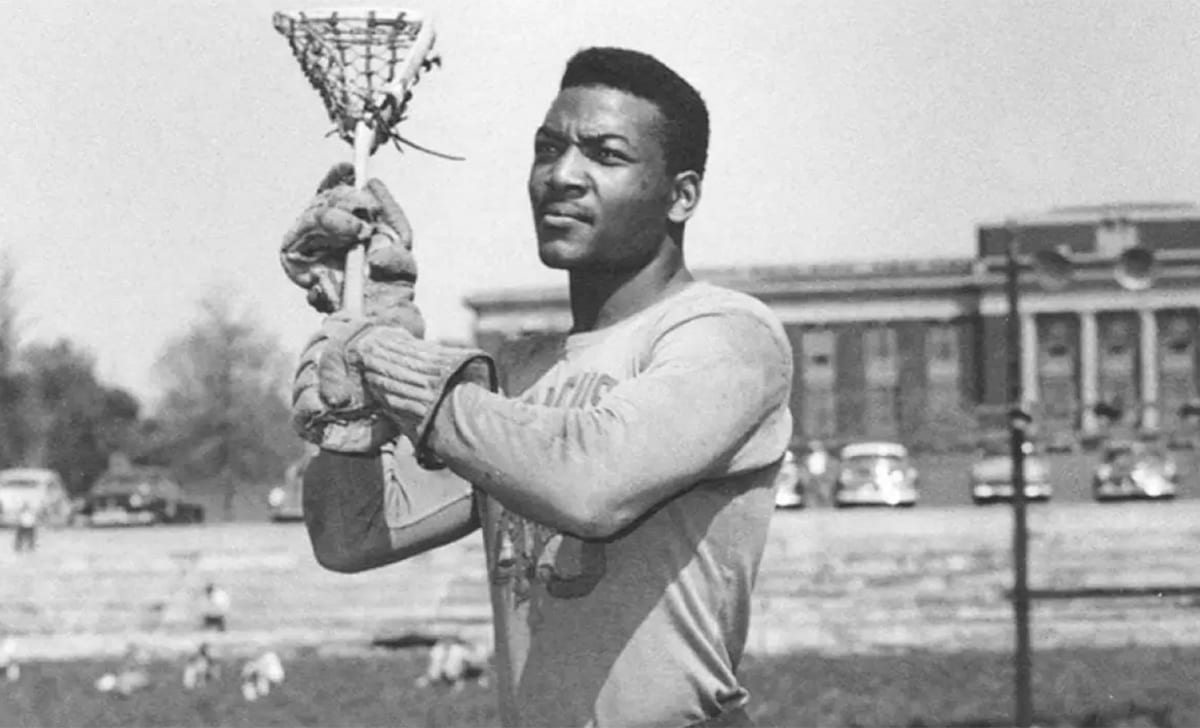 LeBron James helped the Cleveland Cavaliers win the city’s first championship in 52 years back in 2016. As part of the celebrations, one of the key components from last Cleveland-based winning side, the Browns, presented the Cavs with their highly-coveted first championship in half a decade. The only man on this list to have been entered in the hall of fame in two different sports, Jim Brown is a multi-sport athlete like no other.

No body else has been entered into the NFL Hall of Fame, College Football Hall of Fame and Lacrosse Hall of Fame, but Jim Brown truly was an athlete like no other. The running back was considered All-Pro pretty much his whole career, an award given to the best player at his respective position each year in NFL, in eight of nine seasons, retiring in 1966 as the NFL’s all-time leading rusher, winning an NFL championship two years prior.

During his time at Syracuse University, Brown also established himself as an elite-level lacrosse player too. In his senior year in 1957, he one of the nation’s top players, and is even rumoured to have scored a hat-trick against another university just hours after completing in a track event earlier that day. 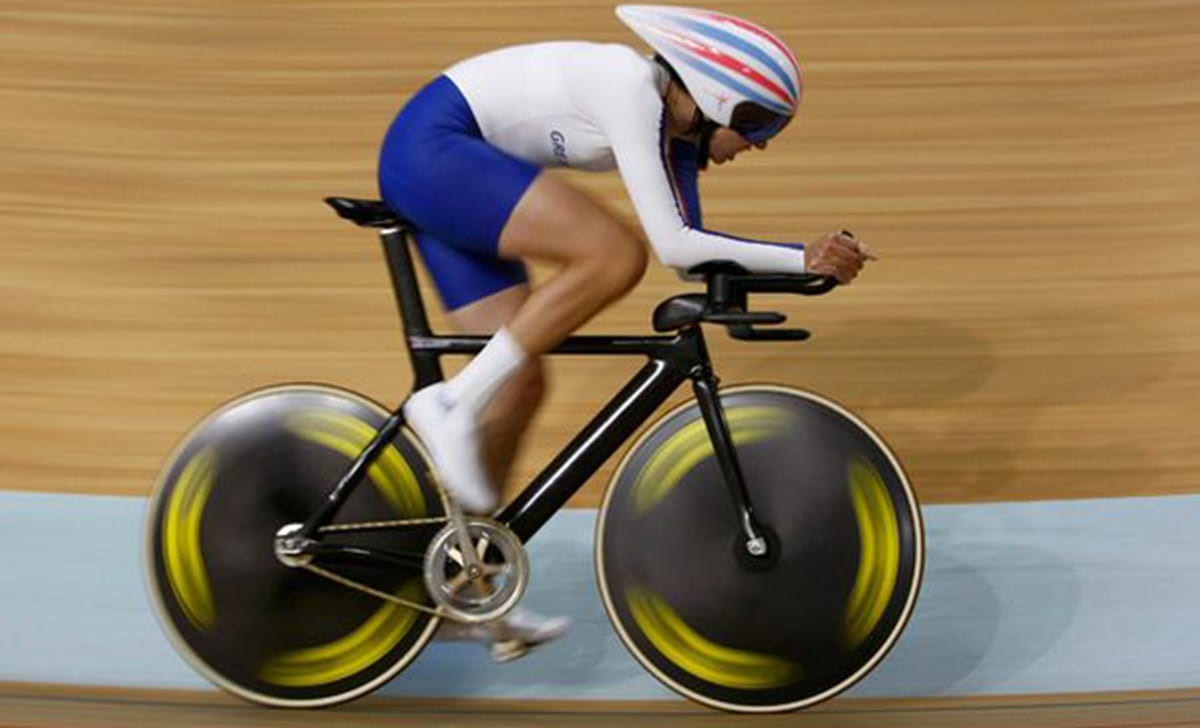 The first of many Olympians on this list to win medals in multiple sports, Rebecca Romero definitely left her mark on cycling and rowing. The dual-athlete began her career in rowing, winning three world championships between 2001-2003, followed by a silver medal at the 2004 Games in Athens.

Four years later, Romero enjoyed tremendous success as in the world of professional cycling, winning individual and team world championships in Manchester, before winning gold in the individual pursuit later that year at the 2008 Olympic Games in Beijing. In doing so, she became the first-ever British athlete to win a medal in two different sports. 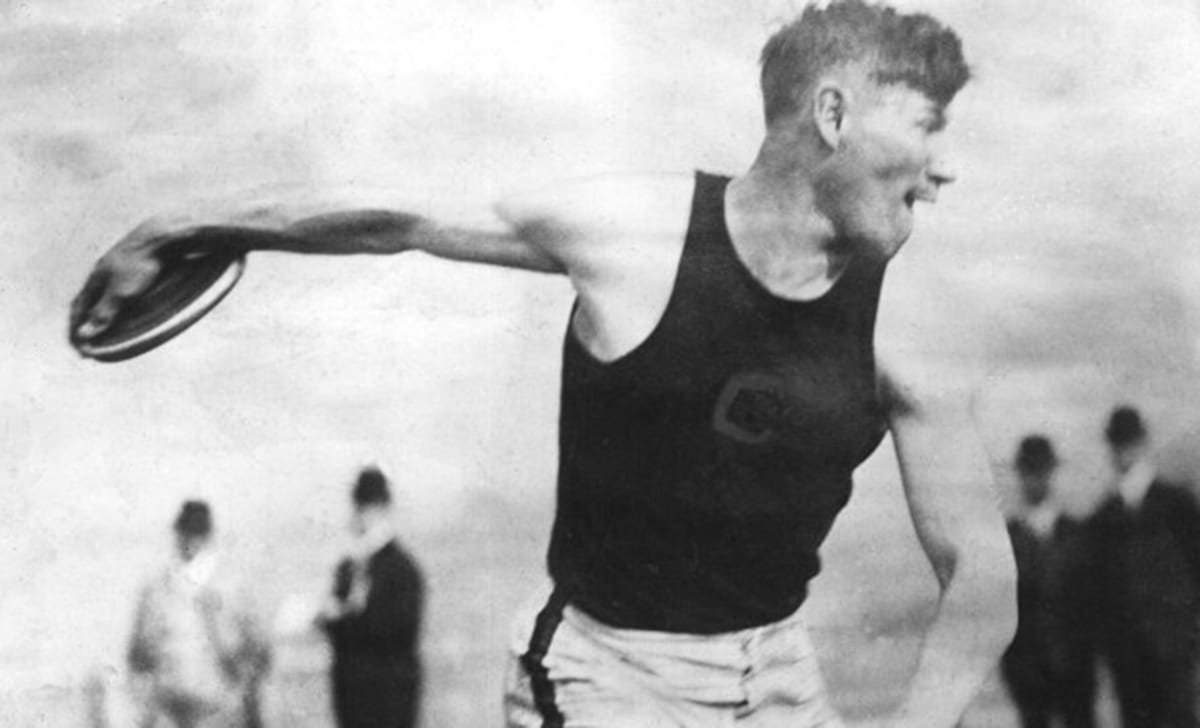 Perhaps the greatest multi-sport male athlete ever, Jim Thorpe is a lesser known name that definitely sits atop of any best multi-sport athlete conversation.

As a student of Carlisle College in Pennsylvania, Thorpe was a stand-out performer in college football, track-and-field, baseball and lacrosse. He then won two golds at the 1912 Olympics in Stockholm in pentathlon and decathlon, setting a world record in the latter event.

Controversy struck as he was later stripped of both his gold medals in 1913 for violating the Olympics’ rules around amateur athletes. Because he had played professional baseball prior to the 1912 Games, earning a paltry amount in doing so, he was stripped of both his medals. In 1983, years after his passing, Jim Thorpe was reinstated his medals, as he awarded co-winner of his events, despite it being widely recognised that Thorpe was the only winner.

He then joined New York’s biggest baseball team of the time, the New York Giants, winning a title with them in 1913, before winning NFL championships with the Canton Bulldogs in 1916, 1917 and 1919. The NFL hall of famer went on to become the first president of the the association which would later become known as the National Football League.

In a poll by ABC News, Thorpe was voted the the Greatest Athlete of the Twentieth Century, beating Michael Jordan, Muhammad Ali and 13 other athletes to the honour. 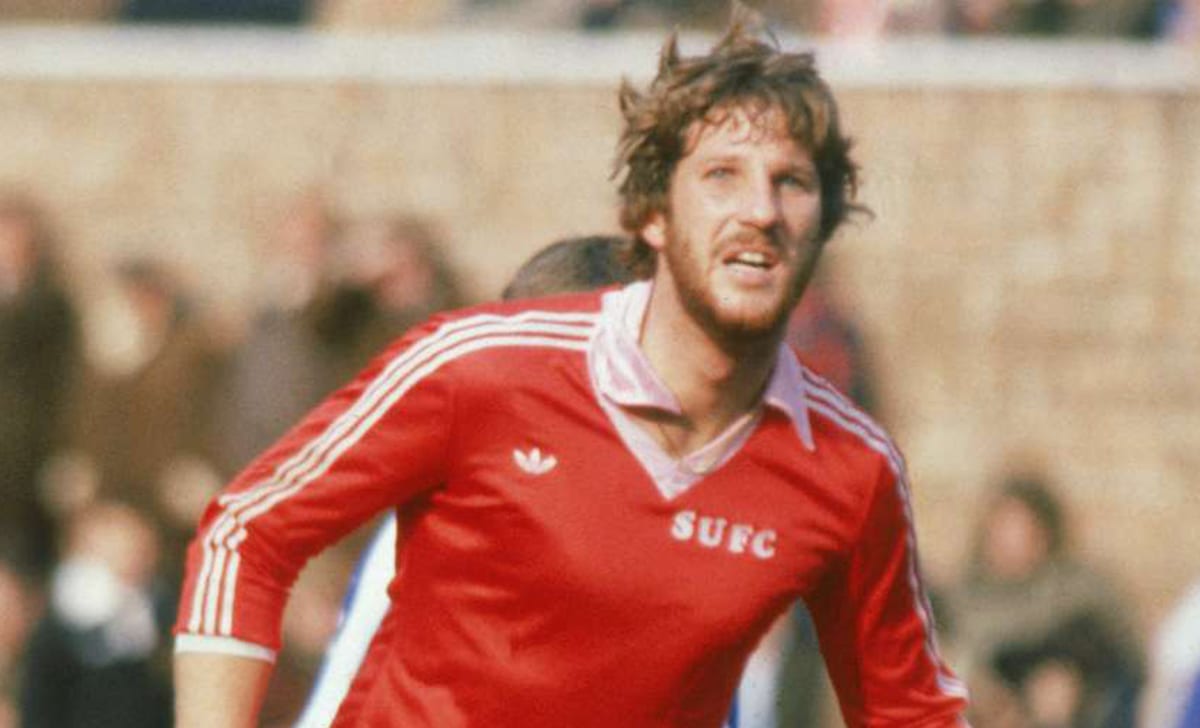 One of England’s best-ever all-rounders enjoyed a stellar career, breaking numerous records, achievements which were rewarded with the 2004 Lifetime Award at the BBC’s Sports Personality of the Year awards. But in his earlier days, Botham was also a talented footballer and represented Scunthorpe 11 times in the Football League.

Speaking on that venture, the legendary cricketer said: “But there were no central contracts back then… and I didn’t really care what the authorities thought.” 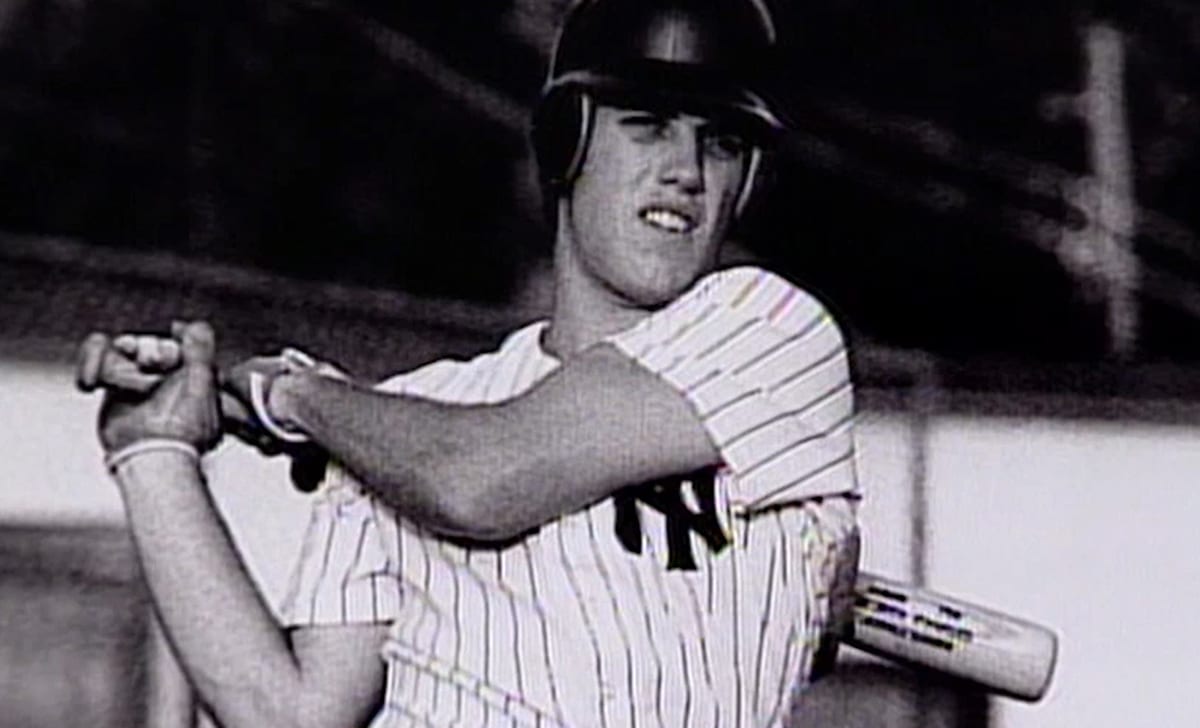 There came a point in John Elway’s career where it seemed like the NFL’s most elite prize would elude him, and then the quarterback won two rings in a row to close out his career in the late 1990s. Now the general manager and executive vice-president of the Denver Broncos, the only team he ever played for, it’s easy to forget that Elway was once a highly-touted baseball talent.

Elway was selected by the New York Yankees in the second round of the 1981 MLB draft. Despite not playing any professional games. Yankees owner George Steinbrenner, planned to make Elway the team’s starting right fielder by 1985, the same position he excelled at during his time at Stanford. Steinbrenner also personally sought after Elway’s signature, but it wasn’t to be.

Two years after his baseball days, John Elway was selected with the first pick of the 1983 NFL Draft by the Baltimore Colts, engineered a trade to Denver and the rest was history. 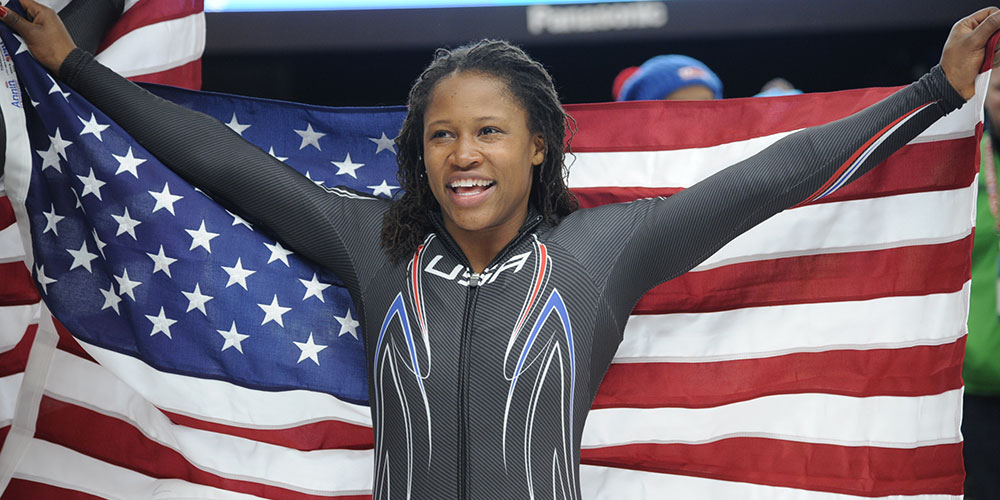 A two-time Olympic champion and one of just five people, and the first American women, to ever win a medal at both the summer and winter Games, Lauryn Williams enjoyed a thriving career in both sprinting and bobsleigh.

The American sprinter won gold in the 100m sprint at the 2005 world championships in Helsinki. Seven years later, Williams won gold at the London Olympics in the 4x100m women’s sprint, following that up with a silver medal in bobsleigh two years later at the 2014 winter games in Sochi.

Bo Jackson won a Heisman Trophy with Auburn in 1985, an award given to College Football’s best player. He was then selected #1 by the Tampa Bay Buccaneers, but refused to play for the Florida-based franchise. Why? Because he didn’t want to give up his career with Major League Baseball side Kansas City Royals.

The Alabama native visited Tampa’s facilities in a move the franchise said was legit, but it turned out to be an infringement of NCAA rules, which meant Jackson had to miss the final season of his college baseball career. Some say the Buccaneers engineered the visit to sway Jackson away from baseball and into a full-time football career.

Because of this debacle, Jackson never suited up in Florida as an NFL, despite the organisation using a #1 draft pick to select him. Jackson ended up playing just four seasons in the NFL with the Oakland Raiders between 1987-1990, all while juggling his career with the Royals, whom he was with between 1986-1994, a career which saw named to MLB’s All-Star game in 1989 while winning the Comeback Player of the Year award in 1993.

Bo Jackson ranks among the greatest multi-sport athlete ever, playing in two of America’s biggest sports at the same time for four consecutive seasons, adding to a fleeting career as a college athlete, which also saw him try his hand at sprinting, posting a 100m time of 10.39 seconds at his peak. 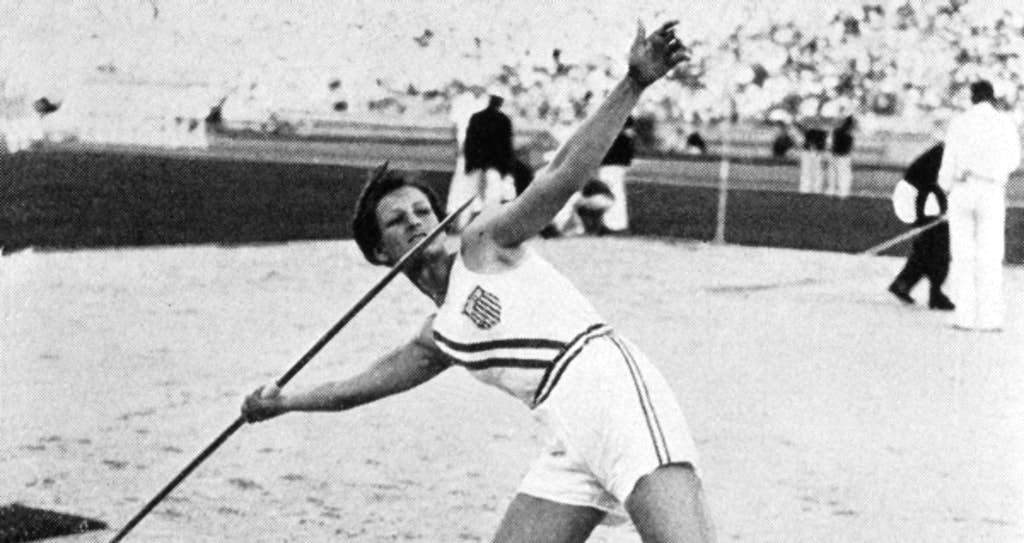 While Jim Thorpe is considered one of the greatest male athletes of all-time, Babe Didrikson is often ranked as the best female athlete, offering a similarly packed resume of sporting greatness. 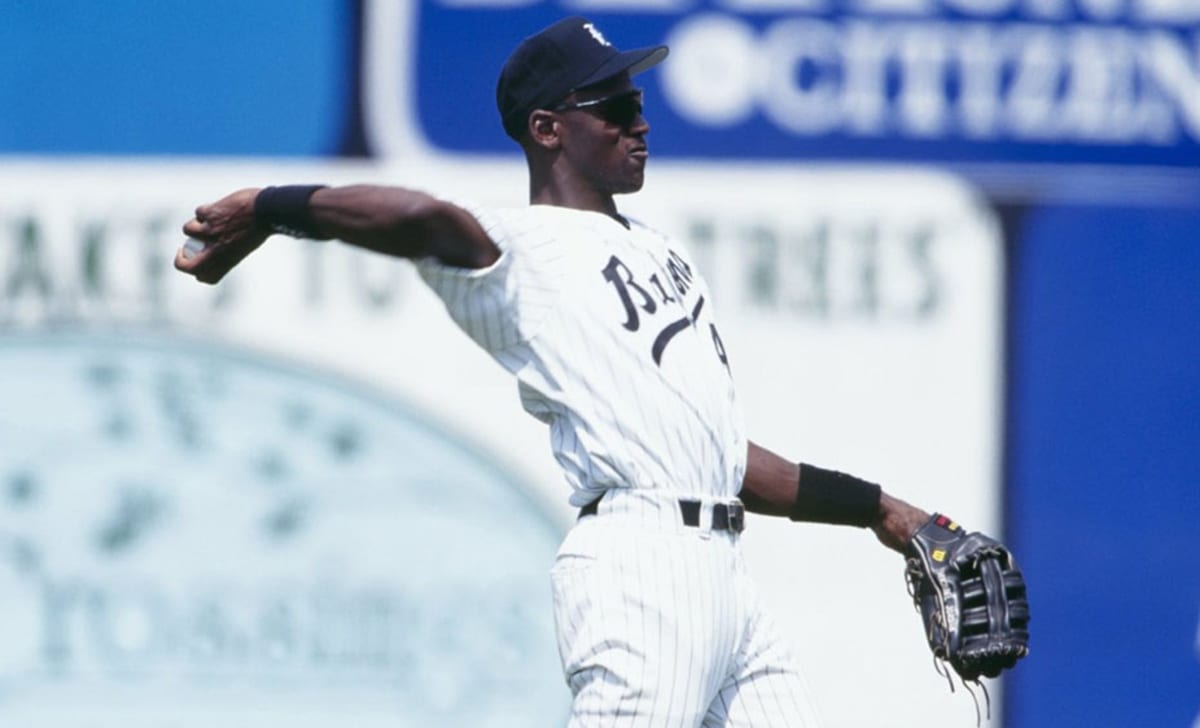 After retiring from the Chicago Bulls in 1993 after losing interest in basketball, Michael Jordan took his talents to minor league baseball.

Jordan quit baseball in March 1995 following the Minor League Baseball strike and a relatively modest career in baseball, returning to the Chicago Bulls to win three consecutive titles between 1996-1998, winning the Finals MVP award every time too. Of all the multi-sport athletes listed here, Michael Jordan left his original sport because he lost interest, only to return and win a three-peat like he never left.