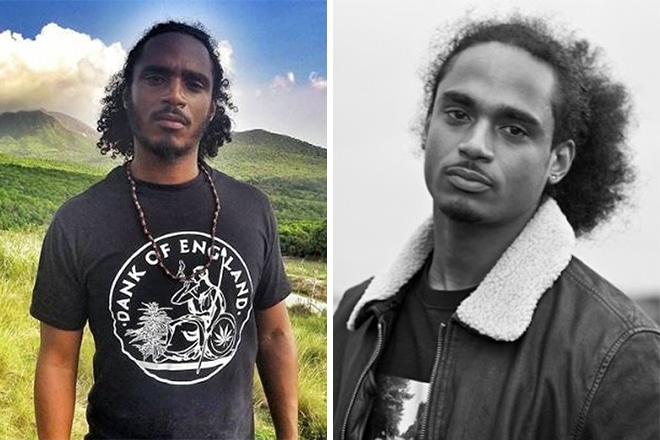 Posted at 23:47h in All Articles, Long Reads, News by Kriss K

Dean West, better known as Black The Ripper, sadly passed away on April 6 2020 aged 32 after being pronounced dead at his holiday home in St Johns, Montserrat. For his loved ones, peers and loyal fans, it marked an extremely sad day as the UK music industry lost a highly-respected and loved rapper.

Inspired by hip-hop legends like Tupac, Biggie and Nas, he took on the name ‘Black the Ripper’ aged 15, a name that fit his aggressive style of rap. Axe FM was where he first made his name, the infamous pirate radio station located on Bounces Road, Edmonton. The station hosted the likes of Skepta, Chip, Scorcher, Dot Rotten, Big H, D Double E, Big Narstie and many more grime acts years before the genre’s commercial boom.

Black frequented the station with grime collectives Rowdy Squad and X Camp but it was when Axe FM owner Pabz (who sadly passed away in 2015) created a clash competition that he really made a name for himself. Week after week he devoured MC after MC. Many of the clashes can still be seen on YouTube in the form of iconic, grainy footage showcasing Black the Ripper’s lyrical torture, as he rips apart every opponent put before him.

He released his first mixtape ‘Black Is Beautiful’ in 2005, made up of mostly hip-hop covers along with the exception of a few grime records. The CD displays a real, gritty and emotional insight into the mind of an articulate, advanced teenager growing up in the rough Edmonton area of North London. The 25-track project still holds replay value 15 years later, so be sure to indulge in tracks like ‘Holla Back’ and ‘Unreleased Sh*t’ on Spotify and Apple Music.

In the latter stage of Black’s career, he was most known for his cannabis activism, which took the form of his self-proclaimed ‘weed music’, his Dank of England brand and plenty of viral stunts, like hot-boxing the London Eye.

Along with business partner and best friend Screech Tree, he would travel up and down the country in a classic VW Camper van, setting up pop-up shops selling DOE merch, weed apparatus and more to hundreds of supporters, eager to meet the artist and be a part of the Dank Of England movement. Since he started releasing projects he never stopped but as he matured so did his music. Although his releases became much calmer throughout the years, they still contained a righteous and motivational edge while providing insightful social commentary.

Since his passing, it’s clear that Black The Ripper impacted people far and wide. Thousands of fellow artists and music listeners took to social media to post their condolences, explaining how his music helped and influenced their lives in many different ways.

Growing up in North London, I too was impacted by Black The Rippers music when shown his first-ever music video ‘Death Is Promised’, as well as ‘Missing You’, a tribute to his grandmother and uncle, in my early teens. His heartfelt, emotional music which ran parallel with his gritty, unapologetic flow hooked me instantly. I spent many good and bad days playing his music on my MP3 player over and over, such was the quality of his work.

There is no doubt Black The Ripper’s name will live on for years to come. He left an impactful legacy and over 10 different musical projects in total, leaving behind a large catalogue of music to remember him by. The UK music scene definitely lost an icon, rest in peace.