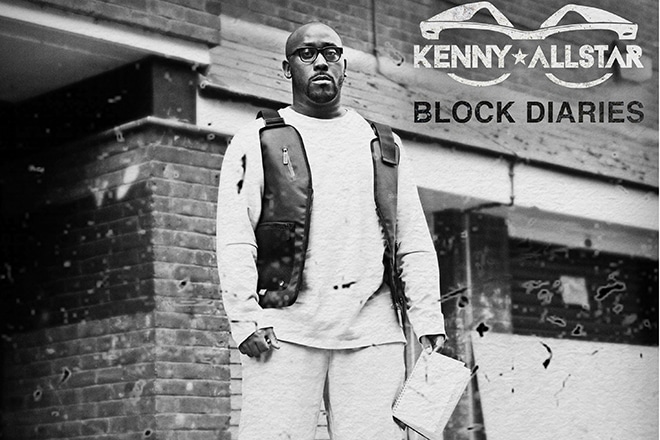 Posted at 00:51h in All Articles, News by Ajay Rose

Kenny Allstar has also been a heavy promo run as of late, dropping three singles, hosting an album launch party and also delivering a documentary. The first of those singles was ‘Tracksuit Love’, in tandem with drill rapper Headie One. Next we saw a ‘Solo’ effort from M Huncho, which was preceded by the release of ‘Stepped In (Sexy Back)’, featuring close-friend Afro B, Suspect and Swift from Section Boyz. To watch ‘Block Diaries’, the documentary, click here.

Aside from the release of Block Diaries, Kenny Allstar has also been widely-tipped to replace Charlie Sloth, who recently left the BBC to reportedly undertake a role at Apple Music. Many on social media view Kenny replacing Sloth as a natural progression for the Lewisham-based DJ. Few voices in UK rap as trusted as Kenny, so giving him a more prominent show at the BBC seems only right. For more on Charlie Sloth’s departure, click here.

Speaking on the release of the project, Kenny revealed how he plans for this project to be the first of many in his career: “What a moment my debut album is a available right now… this is 1 of a 10 album career I hope to have in the music game I really hope there’s something for everyone on this project God Bless you all for the support so far.”

In case you missed it, catch up with Plugsville’s interview with Kenny Allstar here.

Stream Kenny Allstar – Block Diaries on Apple Music or on Spotify below.