19 May 2017 Cadet Interview: Wireless Festival and plans to release ‘The Commitment 2’

Posted at 23:42h in All Articles, Interviews, Long Reads by Ajay Rose

CADET INTERIVEW – ‘Then my friends moved in to a house called music/ I followed suit and then I moved in/ and the only rent was consistency/ and that I couldn’t stay true with’ rapped Cadet back in 2015, reflecting upon his earlier half-hearted attempts at a career in music whilst artists like Krept & Konan and Bonkaz progressed. A new-found commitment to music has since seen Cadet make a name for himself courtesy of his unique versatility and meaningful raps.

“Music is like trying to knock on somebody’s door, just because you knock, doesn’t mean someone’s gonna answer. But it’s about getting so hungry you kick off the door and they have to f**k with you. I really am taking this seriously now, this is my life now” explains Cadet when I ask how he turned the tables after stagnating somewhat. Dating back to the days when he was part of Gipset, ‘CADET CADET’ has been rapping for close to ten years. Back then, he was known for his aggressive grime flow, but the release of ‘Slut Freestyle’ in July 2015, introduced a new style that quickly became popular.

‘Your last freestyle was all rage, but I wanna know the cause for the flame. Don’t wanna know about gold like first place, wanna know how it feels when you’re in your worst place, don’t wanna hear about a weapon and a burst face, wanna know why you wanna buss in the first place’. These lyrics from his SBTV Warm Up Session see Cadet recite the advice given to him from Jamal Edwards, and is perhaps the most accurate description of how Cadet shifted his style, and as such, grew his fan-base considerably.

Often artists can drop a popular song but then quickly fade away into irrelevancy, but Cadet ‘hit them again and again’ with new music, so I asked how he managed to grow his buzz after the release of ‘Slut’. “Because I’ve been doing it for so long, I know you can’t drop a song and then disappear, you actually have to be on it. Music is the only thing I care about. After I just dropped ‘Slut’, I just knew I had to keep coming and writing. I’m thankful for Jamal Edwards, he helped me with a whole new style of writing and tackle into real emotions. I fell in love with that style of writing from ‘Slut’, so I just kept doing it. ‘Stereotype’, ‘Behind Barz’, ‘Letter 2 Krept’, they’re all reflections of that honest style of writing”. 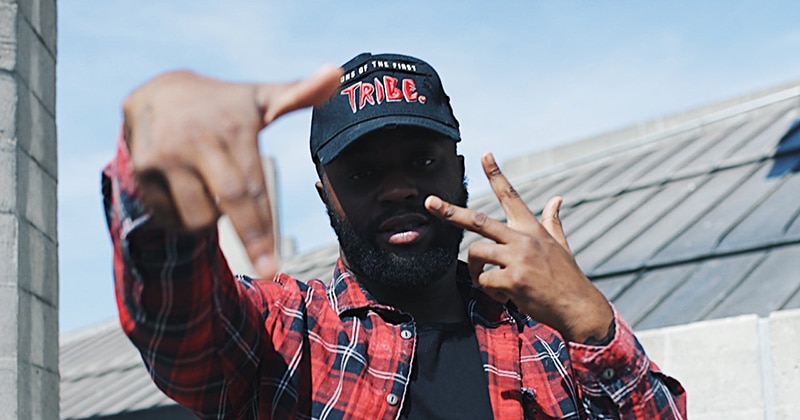 Whilst growing his ‘newer’ style of meaningful, honest raps, Cadet returned to his roots by releasing tracks centred around that fast, turn-up grime flow he made his name from originally. The Commitment EP offered two such anthems in ‘Gipset Flow’ and ‘Wanna Know Why’ whilst newer releases like ‘Round Ere’ and ‘Corn’, if nothing, highlights that Cadet can really rap. The use of double rhymes throughout ‘Round Ere’, the battle-rap flow found in ‘Corn (w/ Big Tobz)’ and the vivid pictures painted in slower songs are a few of many instances in which Cadet’s wide-ranged rap palette comes to fruition.

With such a distinction in his sound I asked Cadet how he would personally describe his music: “Even if I’m not rapping over the skippiest of beats and that, I am grime. I came up off grime, so the skills I learned of how to rap over a riddim/songs, come purely from grime songs. I wasn’t a fan of rap growing up, it wasn’t Biggie and Tupac for me, it was more Roadside G’z or the mandem or even Dizzee’s and that. It was those rhyming patterns where I get all my skills from. I am grime, but I can’t really put a word on it like that, just passionate. I just wanna be honest in my music and want it to mean something. You can do the turn-up easily and your music might lack substance, or you could release a ting now that gives you Goosebumps, then you listen to it in a years time and you still get goosebumps.”

In ‘Letter 2 Krept’, you hear Cadet rap about being unexpectedly brought to Wireless by his cousin Krept, whetting his appetite to one day get his own slot at the festival, despite problems between the two, so he shed some light on what that experience was like for him: “Me and Krept hadn’t spoke for ages but he knew I was kinda doing music. He saw my videos where I was dissing him and we hadn’t spoken in ages, then he messages me out the blue asking if I want to come Wireless. Then I went and I was mesmerised when they were performing on stage. I never thought music could get this far, I always thought music was YouTube and chill at home. I never thought music could get this far, then I’m seeing thousands of people scream ‘TELL EM DON’T WASTE MY TIME’.”

‘Letter 2 Krept’ is unapologetically honest and provoked an equally hard-hitting response track from Krept, ‘Letter 2 Cadet’. These videos between them have nearly six million views, yet another ‘slow banger’ and clear example of how Cadet’s unrivalled honesty is ever-growing. The growth of Cadet’s music brought him put on two headline shows last year, but this year, aside from his own shows, he is also booked at major festivals like Reading and Leeds, and of course, Wireless. 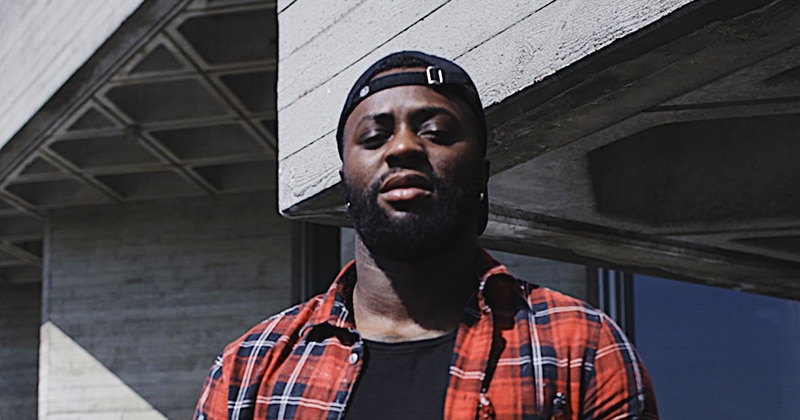 Two years ago, he was a backstage spectator at Krept & Konan’s show, now Cadet has his own booking at Wireless, so I asked him if he thought this was possible within two years: “When we were coming off stage, Krept had to grab me because I didn’t wanna leave. Then from there, he told me, ‘this could be you’, then I took it in, and stuck at it. Now I’ve got it, it feels like it’s full circle, I feel like I’ve achieved something. Man’s actually doing Wireless of my own merit, I didn’t do the Krept’s cousin route, it was my own doing. Now I gotta make sure it reflects on stage and that I show the fans how much it means to me when I’m giving everything I can and going HAM”.

The Commitment EP was released in February 2016, so I asked if a new project was on the horizon, to which he began discussing details around of his next project, The Commitment 2, due for release this summer. “The more I listen to it, the more I can see the growth in my music, from my style of making music to the effort I put in. When I first came out, I thought I was just a rapper, or someone ‘doing music’, but now I feel like an actual musician. It’s hard to put into words.

I can’t stress it, I’m so excited. It’s gonna be so mad. I can’t see past the EP. I just know – see a target, work to it. There’s an analogy about people that spin plates in the circus. How it works is they gotta make sure plate one is spinning first before they move onto plate two, and that’s exactly what I wanna do now, focus on one plate at a time, smash it, then I can move onto something else. EP – so happy with the songs I got on the EP, I just gotta get them out and do people justice. The EP is a direct display of growth. You can listen to my first EP then my second one, and you’ll be able to tell the difference. 100%.”

What’s striking about Cadet’s rise to prominence is his persistency and commitment to the cause. He started putting out music as early as 2006, things went stale and looked like they weren’t going anywhere, but a relentless dedication to growing his sound has produced fruitful returns ever since. As such, the desire to do way more than just get the job done is higher than ever: “If you’re going out your way to follow me or talk to me or listen to me in the street, I gotta do them justice and make sure I become a f****g legend. It’s the only thing that matters”.

All photos from this Cadet Interview by @Zek.Snaps. Find more of his work on Instagram here.