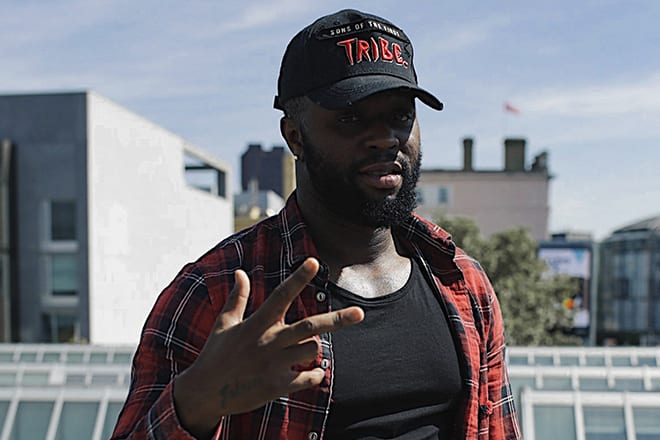 Posted at 12:41h in All Articles, News by Ajay Rose

We are devastated to hear that Cadet has passed away.

Blaine Cameron Johnson, 28, better known his stage name Cadet, was a passenger in a taxi this morning when it collided with a van in Betley, Staffordshire. He unfortunately died at the scene. His family shared the news via a post on his Instagram account:

“We The Family of Blaine Cameron Johnson otherwise known as Cadet (Underrated Legend) would like to share the sad news that during the early hours of 9th February 2019 he passed away as a passenger in a taxi, en route to a performance at Keele University.

“Right now we the family appreciate your patience and will share with you any information as and when we can. Thanks for your support in advance. Love the Johnson Family #cadetcadet #imbuff #underratedlegend #ripcadet.”

Cadet had been enjoying arguably the best stretch of his career before this news emerged. His song ‘Advice (feat. Deno Driz)’ has currently spent 20 weeks in the charts, he’d just been booked for Wireless Festival and songs like ‘Trendy’ and ‘Pumpy’  only helped to grow the buzz around his name. It seemed like things were finally coming together for him before this awful news arrived.

My life will never be the same again. I love you and will forever miss you. I cant believe it. I am heartbroken. Rest in peace cuz. You finally started getting the recognition you deserved. Im so proud of you. My left lung. Im devestated and broken right now ?? pic.twitter.com/125pWPMzO1

Cant believe it…
I was on stage with him last week . Never seen a man so happy. Everything was working out for him.
This was gonna be his year. We were plottin on the best time to do an interview on his next single.
Rip Cadet ???? pic.twitter.com/Nwy65RUqbJ

Was chatting to you only last week about how excited you were for some festivals this summer. So much positive energy. Smiling nonstop when I was with you, first time we met I felt as if I’d known you my whole life. Mad humble guy. RIP Cadet ???

I absolutely loved filming this. When Give Blood asked if i wanted to work with Cadet again, after seeing our Chicken Shop Date episode, I jumped at the chance. Cadet was such a pleasure to be around and he truly believed in the importance of this great charity. RIP https://t.co/k61DVzww7t

The Cadet news is just heartbreaking. Such a positive and cool guy. I can’t even imagine what his loved ones are going through right now.

RIP Cadet, one of the best storytellers to ever do it. ? pic.twitter.com/QKjK9oZiqe