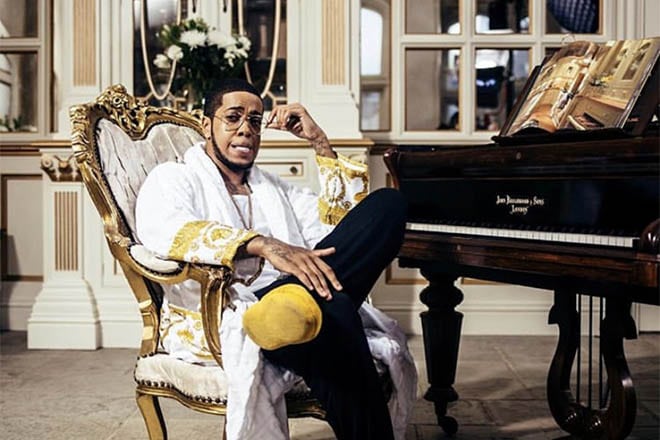 Posted at 23:26h in All Articles, Long Reads, News by Jord Chesmin

North London is home to many legendary MC’s. The likes of Wretch 32, Skepta, JME, Frisco and the late great Black The Ripper all come to mind. But you can’t think of north London MC’s and not think of the spitter who never runs out bars, none other than the veteran and living legend that is Chip.

The artist formerly known as Chipmunk is known for his versatile rap style embodied with wit and boldness is now in his 15th year in music and is still under 30. But his reign in the UK scene, like that of grime back in the early noughties, was met with doubters along its course, and for some time.

Chip is, and always has been outspoken, never shying away from letting people know what he thinks. His lyrical ability has always been top tier, drawing attention to subject matters with precision and clarity, as he did on Hustle Hard freestyle back in 2011 – ‘I ain’t braggin’ darg it’s just life / I get more dislikes than likes’.

In 2007, at just 16 years old, the youngster had already showcased his passion for music with three mixtapes, Whatever The Weather Vol.1, Whatever The Weather Vol.2 and the well renowned League Of My Own. In the same year, Chip was brought onto Tim Westwood’s BBC Radio show by Wiley along with fellow prodigy Ice Kid and freestyled gems like ‘I couldn’t give a rocks if ya older / this younger’s way colder / give it 10 years then imma be known as a veteran older’.

Fast forward to the present day and Chip has now amassed an OG-like discography. His catalogue includes four studio albums, 11 mixtapes, 5 EPs and a new joint album, Insomnia, alongside Skepta and D Block Europe’s Young Adz, which debuted at #3 in the album charts.

Chip isn’t new to high chart positions, having first charted aged 18 in 2009 when he released his debut album, I AM CHIPMUNK. That album hit #2 with four top-10 singles, including a #1 in the form of ‘Oopsy Daisy’. Two years later he released his sophomore studio album Transition, which peaked at No.10 in the UK album charts with another top #2 single in ‘Champion feat Chris Brown’. In total, Chip has had four top-five singles, two top-three albums, four top 20 albums and had 21 songs in the single charts.

Although things seem smooth-sailing now, his career has experienced a few storms along the way. His Dancehall-inspired track Every Gyal with Mavado that reached number 1 in Jamaica wasn’t supported by his then-label Jive, leaving Chip and his team to fund the music video with their own money. Chip’s association with Jive, RCA Records and Sony Music came to an end in 2011 as Jive disbanded.

Soon after, he signed with Atlanta mogul T.I’s label Grand Hustle, which is where he was advised by the Paper Trails rapper to shorten his name to Chip. On the 25 December 2012, he released his project London Boy via free download – getting over 13.5 million downloads on DatPiff.

Despite his music journey in the US starting well, he felt that something wasn’t quite right. Speaking to Fader, he said “I was jogging with T.I. one time and something just hit me. I said to myself, ‘Bruv, I need to go home, man’. From there I knew that my course was going to be tough. It just felt like the end of a beginning. The first thing I did was practice spitting again, in the mirror and shit.”

After a short-lived sabbatical from releasing music, Chip came back with his Fright Night Freestyle in 2014 and looked rejuvenated. An energy nobody had seen in him for a while. And after hearing Tinie Tempah’s Fire in the Booth; he reminded people of his lyrical prowess when he entered the spitters octagon that is Charlie Sloth’s Fire in the Booth in early 2015. Following his explosive performance warning rappers about competing, Bugzy Malone retaliated with a FITB of his own a few months later, igniting one of the best clashes in grime history.

What came out of this clash, other than the invention of Chip never running out of bars was, in fact, another clash, this time with Yungen. A clash that put both MC’s to the sword to deliver cut-throat and personal disses is considered another great lyrical war.

The belief that Chip’s relevance has been fuelled solely by his famed clashes with Tinie Tempah, Yungen, and Bugzy Malone couldn’t be further from the truth. His feature catalogue is impressive, with noble verses on Ambush Buzzworl’s ‘Jumpy Remix’, Maleek Berry’s ‘Love U Long Time’, and his feature on M.O’s single ‘Wondering’, to name a few in 2018. You also can’t forget his transatlantic collaboration with Yxng Bane and Roddy Ricch on ‘How It Is’ in early 2019, as well as appearing on Blase & Luxo’s ‘Top Striker Remix’ with RV more recently. On top of his solo work were freestyles with DJ Logan Sama, Tim Westwood and Charlie Sloth.

Upon leaving Grand Hustle in 2013, he chose to stay independent and build his own record label in Cash Motto. In between the six years was a hard-fought graft to build his empire almost from scratch. In 2014, he got full control of the master rights to his music once again, tweeting the following back in 2014: “The universe is real. I got my masters back. Tears of joy inside. My family know what I’ve been through. We nearly there.”

Between 2013-16, Chip released six bodies of work, five EPs and one mixtape, including the two-part Believe and Achieve EPs and ending with Power Up in the summer of 2016. His relentless work ethic was on full display during these few years, back when grime and UK rap were far less established. Despite that, Chip still produced the goods, regardless of the industry climate.

We had seen plenty of EPs and mixtapes by this point, but there was a six-year long wait until he released his third studio album League Of My Own 2, celebrating the 10 year anniversary of its prequel League Of My Own. The album is 17 tracks long with a mixture of dancehall in ‘Snap Snap’, grime in ’34 Shots’, RnB in ‘Hit Me Up ft Ella Mai’, and ‘Rap in Amazing Minds ft Giggs’. A year later he dropped yet another studio album Ten10, featuring Not3s, Maleek Berry, Kranium, Red Rat, B Young, JME, and Frisco – in which he calls his ‘first clinically precise album.

Insomnia is a project that the UK scene didn’t know it needed. A blend of three artists, three generations, and three self-proclaimed maniacs is a concoction that can either be groundbreaking or a complete disaster – this one is undeniably the former. A project with clear-cut production from popular music producers Da Beatfreakz, Fanatix, Rwntree and a few more. Chip’s cut-throat lyrics strike well with Young Adz’ abstract melodic sound, while Skepta’s experimental sounds combine superbly with the production on hand.

Chip has found the perfect marriage between quality and quantity. His cadence varies and most importantly, is having fun with the music again. It doesn’t seem he plans to slow down any time soon either. His approach affirms that he has a lot more to offer the game – with that assumption evidenced through his persistent delivery of quality music and undeniable work ethic. His consistency is that of somebody with a point to prove – not so much to others, but to himself.

Charles Darwin once said “ It is not the strongest of the species that survives, nor the most intelligent that survives. It is the one that is most adaptable to change”. If it wasn’t proven already, then Chip’s extensive music career definitely does. He has been flexing his robust pen skills in the limelight for the last 13 plus years. And a stretch like that in an industry where artists come and go is definitely by design and not coincidence.