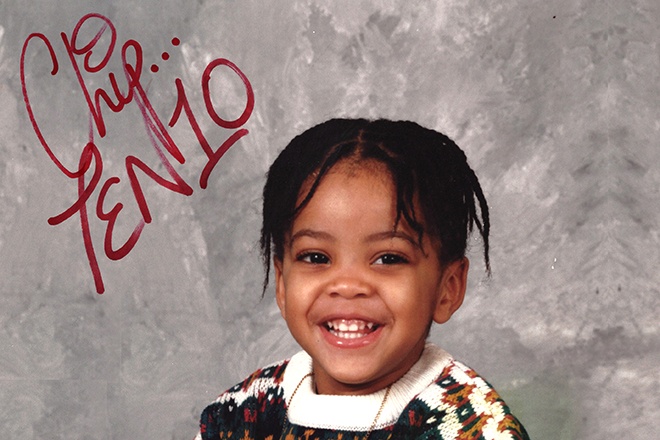 Posted at 23:02h in Uncategorized by Ajay Rose

Having been active in the grime scene for over a decade, the well-travelled lyricist describes his fourth album as his most versatile yet. A look at the tracklist confirms that.

A melodic run of choruses can be expected from Chip’s versatile TEN10 project, with the likes of Not3s and B Young set to feature, adding to a joint with Maleek Berry, who called in Chip for ‘Love U Long Time’ a few weeks back. ‘My Girl’ was the first single, a dancehall-themed collaboration alongside Red Rat.

Fellow grime OGs Frisco and JME feature on ‘Right Now’, while ‘CRB Check (feat. Not3s)’ looks set to be the album’s fourth single, adding to five solo tracks from the Tottenham MC, balancing the melodic feel with a serious dose of airtight wordplay, like what we saw on ‘Darth Vader’.

The day before TEN10’s release, Chip also dropped a fourth Fire in the Booth in one take, an effortless instalment of punchline-heavy bars that will probably over your head on first listening.

Chip - Fire in the Booth Part 4

In an interview with Julie Adenuga on Beats 1, Chip recalls a tale where he was out jogging with T.I with America and how that moment helped him shape his musical direction.

“I come from a place where, you might second guess going jogging. Is it safe? As long as there’s a man walking around in his city, and a substantial amount of people are calling him ‘king’ when they see him, that was the moment it hit where it was like ‘I’ve had a childhood career. I want an adult career. The adult career has to stem from home,” explains Chip during the Beats 1 interview.

Taking to Twitter, the ‘grime scene saviour’ describes TEN10 as ‘some of my best work’, continuing with: no song sounds the same. Versatile. LYRICS. QUOTES. MELODIES. FLOWS. POCKETS. VARIETY OF PROUCTION. PROUD OF IT. Check that out when it comes”.

When it comes to albums, Chip has always enjoyed a solid commercial performance across the board. His debut album, I Am Chipmunk, clocked in at #2 back in 2009. Transition, a project made around the time he got signed to T.I and made ‘Champion’ with Chris Brown charted at #10, with League of My Own II, Chip’s most recent offering in 2017, ranking at #12.