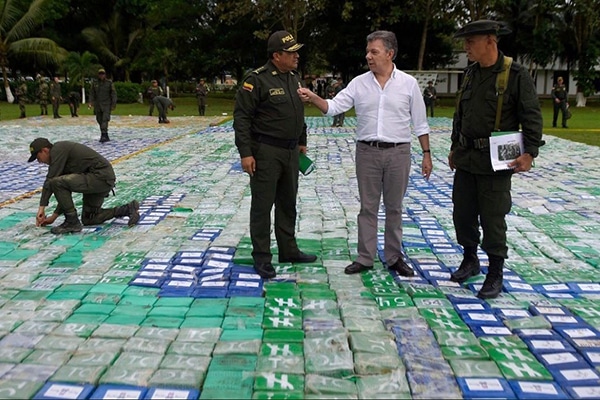 Posted at 17:40h in All Articles, News by Plugsville

More than 13 tonnes of cocaine, said to be worth $360 million (£275m) at street value, has been seized by Colombian authorities in the country’s biggest ever drug bust.

President Juan Manuel Santos confirmed that authorities found the drugs hidden in four underground farms in Antioquia, the area which Pablo Escobar was born and somewhere which saw coca cultivation reach its highest level since 2007 this past year.

The seized cocaine checks in at more than 13 tonnes, is rumoured to be worth around $360m at street level, equating to around 11m one grams hits of coke, according to reports. The Gulf Clan, lead by Dario Antonio Usuga, is said to be Colombia’s largest drug cartel and have been linked with the drugs.

The United States suppose that Colombia produces around 646 tonnes of cocaine each year, per Fortune, so the seized 12 tonnes undoubtedly dwarfs the previous record for a single cocaine haul, which stands at eight tonnes and was also seized from Usaga’s organisation in 2016.

Although, cocaine prices are unlikely to fall significantly, as the production of coke is simply too vast for this level of seizure to seriously impact global production, especially when you consider the production power of neighbours Peru and Bolivia, as well as domestic production elsewhere in Colombia.