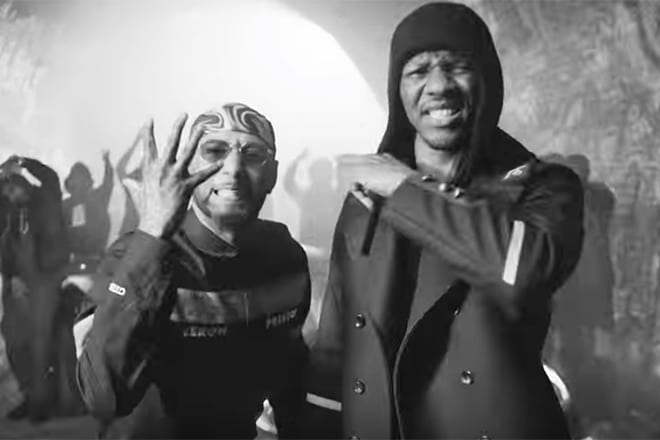 Posted at 02:39h in Uncategorized by Ajay Rose

Taken from Swizz’ forthcoming Poison album, Hollowman graces ‘Come Again’ with his usual finesse behind an earth-shattering instrumental from the New York producer.

Poison is the second studio album from Swizz Beats, a 10-track compilation featuring 11 guest artists, with a solo appearance from Swizz himself on the final track. As well as SN1 icon Giggs, Poison will also feature Lil Wayne, Kendrick Lamar, Jadakiss, Styles P, Nas, Jim Jones, Pusha T, Young Thug, 2 Chainz and Áine Zion. The album is due for release on November 2 2018.

We were recently treated to a new mixtape release from Giggs, Best Of Giggs 5, which is a 60-track deep round-up project containing some of his hard verses. To listen to that tape, click here. ‘Come Again’ is the second collaboration with someone from across the pond in recent months, following on from the Peckham rapper collaboration with Theophilus London for ‘Bebey’, which can be found here.