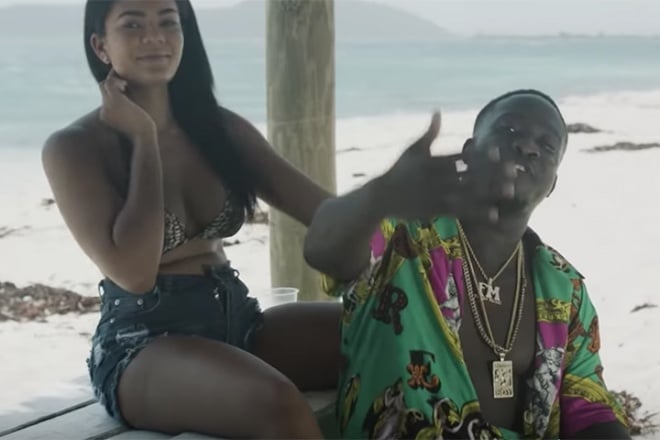 27 Sep Remedee, Kojo Funds, Yxng Bane and Masicka are ‘Creepin Up’ in movie soundtrack release from ‘The Intent 2: The Come Up’

Posted at 12:04h in Uncategorized by Plugsville

‘The Intent 2: The  Come Up’ has quickly become of the most-viewed films in London since its release, so it’s only right that we now have a set of visuals for one of the film’s landmark tracks.

Remedee’s ‘Creepin Up’ sees Kojo Funds, Yxng Bane and Masicka join forces out in Jamaica for a catchy new drop.

Besides ‘Creepin Up’, East London artists Kojo Funds and Yxng Bane have been busy as of late. The latter is set to release his debut project, Golden Boy, accompanied by a seven-date nationwide tour, beginning in Birmingham and ending in London on October 9.

Bane meanwhile continues to enjoy the returns of his collaboration effort with D Block Europe with their Any Minute Now mixtape, while he also dropped a verse on ‘Flair’ from A2’s new project, alongside Suspect and Octavian. To familiarise yourself with Plugsville’s interview with Yxng Bane, where he explains how he became one of the UK’s fastest-growing rap stars, click here.