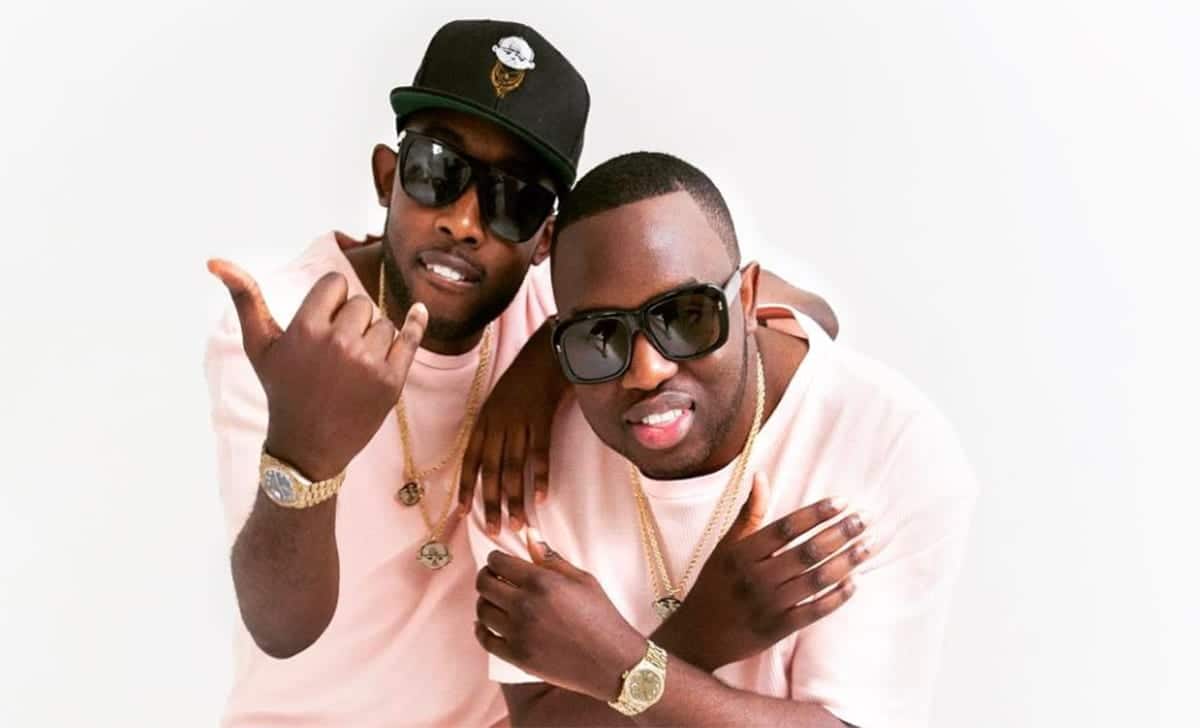 Posted at 16:22h in All Articles, Interviews, Long Reads by Ajay Rose

DA BEATFREAKZ INTERVIEW – Producing tracks on multiple triple platinum albums is no easy feat, even more so when those feats were achieved working with artists from all corner of the world. From Usher to N-Dubz to Enrique Iglesias to Jay Park, Da Beatfreakz, comprised of brothers U1 or O1, have travelled the world off the back of their diverse beats.

The Queens-born duo have offered chameleon-like production throughout the years, but pinning down the sound of the Da Beatfreakz to one particular genre may prove tough, so they’ve established their own categorisation:

“We’re very versatile in our sound. We call our sound the ‘freakadelic’ sound, because it’s a clash of everything. We can literally do everything. One of the people we look up to is Stargate, a big production team, that have produced from Wiz Khalifa all the way to Rihanna, so we’re trying to be in that kinda bracket” explains U1. 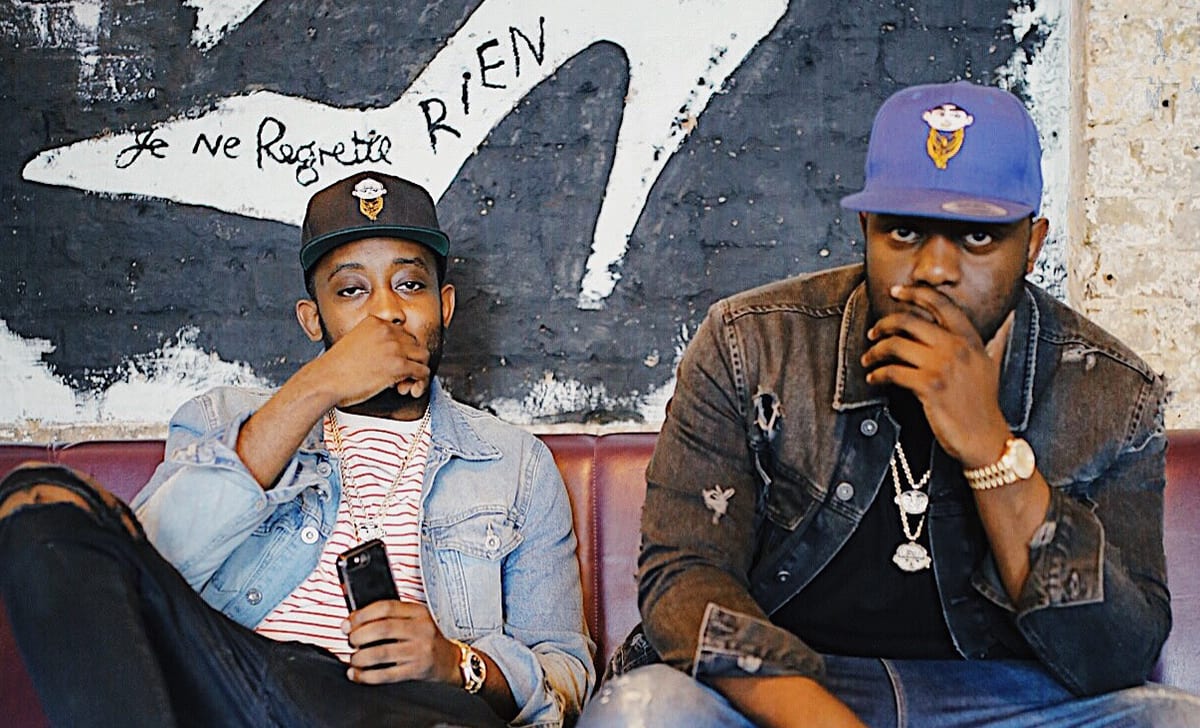 Stargate have produced platinum albums for numerous artists around the world, a feat which Da Beatfreakz have achieved themselves multiple times, with their first solo involvement on a platinum album coming back in 2008 when N Dubz’ debut album, Uncle B, went double platinum.

“The biggest achievement we had when we first started was working on the N Dubz project, their first album. At that time, we were living in St Louis and we got a call that the album went double platinum. We were like ‘wow, we didn’t know that kinda album could go double platinum in the UK’. We did one song called ‘Secrets’. That was like the first big placement we had over here.”

Da Beatfreakz’s versatility reflects their travelled background, living in Missouri, Nigeria, London and New York in their earlier years, but their time spent in St Louis more than 10 years ago saw them work with renown producers and begin to develop their own brand:

“When we were really young, we got signed to a producer duo called Trackstarz. They found Chingy and did a whole Chingy album, and did a lot of stuff with Usher too. They flew us out when we were young, and we lived with them for a little bit, maybe two years, out in St Louis. We worked on a lot of their projects, then we had an opportunity to re-sign with them. But then we thought it’s best for us to move on and meet new people, then it that time, we met Cool & Dre.” 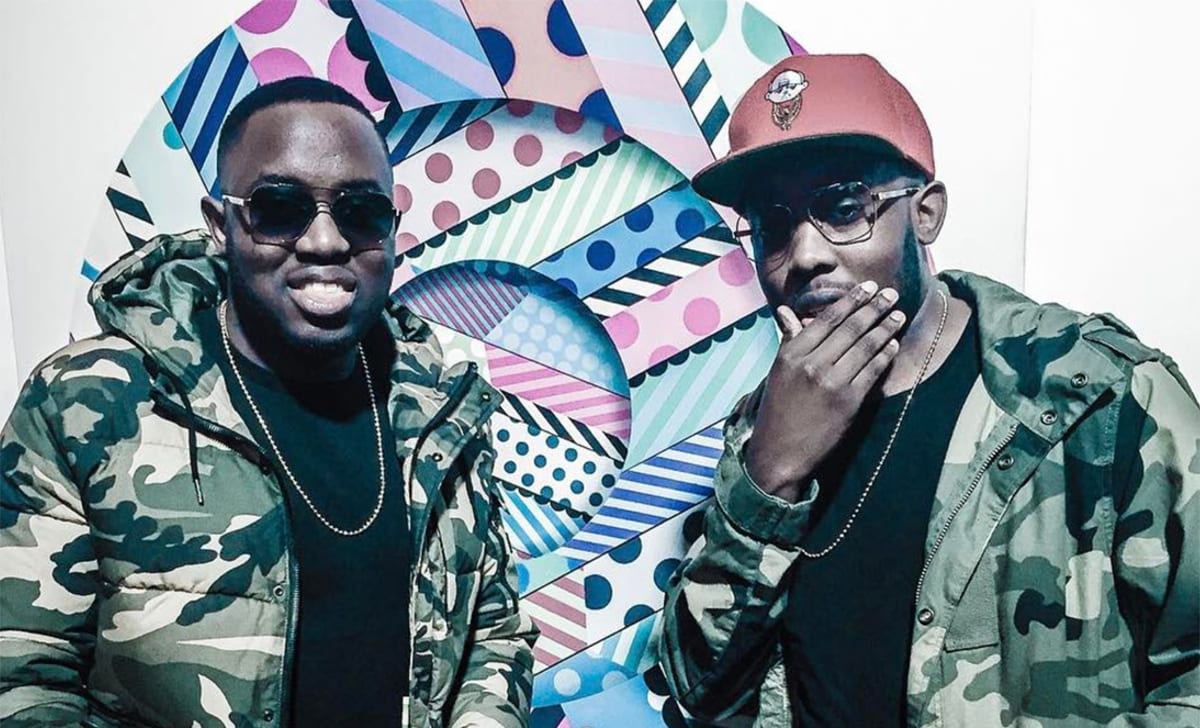 When it comes to production, Cool & Dre helped shape the sound of hip-hop throughout the 2000s, working closely with many New York artists and they’re still going strong today. Their production credits include 50 Cent – ‘Hate It Or Love It’ and Ja Rule – ‘New York’, through to more recent anthems like Fat Joe and Remy Ma – ‘All The Way Up’. That iconic duo flew U1 and O1 out to Miami in what proved to be a priceless opportunity to further hone their skills:

“Cool flew us out to Miami, we started working on his projects. Trackstarz was big for us, but when we met Cool and Dre it was crazy. At that time like you said they just worked with Ja Rule, 50 Cent and The Game, so for us to get a call from them and they say they appreciate our music was a big, big look for us. We’re still in contact with them now. They were one of the first mentors for us that we had.”

After sharpening their skills working with a few super-producers, the pair decided it was time to build Da Beatfreakz brand. It was time to turn some of that potential into results: 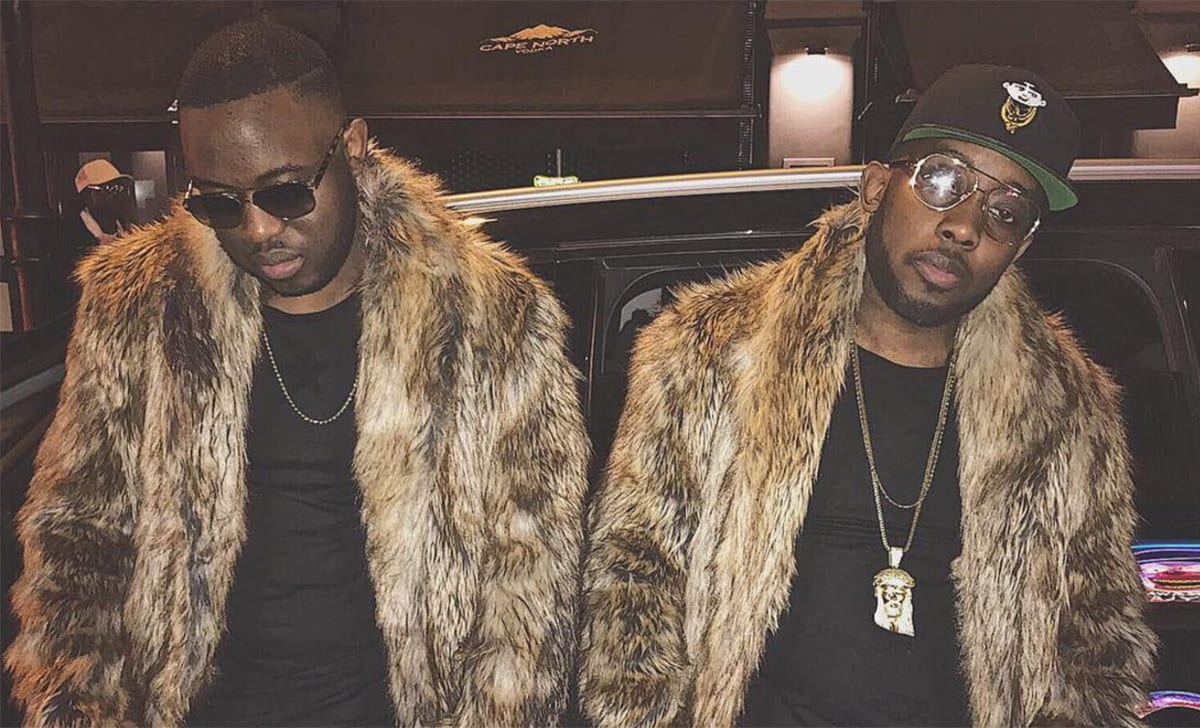 “Then we came back and decided to focus on our own brand. So, we thought let’s just focus on that Beatfreakz rather than being under people, so we decided to push it to the forefront and get placements by ourselves. Everything that we’ve done has been by ourselves, from reaching out to artists online back in MySpace days, we were literally on it like 24/7. We really spent time in building our own brand and here we are now.”

Adding to their feature on N Dubz’s album, Da Beatfreakz began finding commercial success with artists from all corners of the globe. New Breed, the debut album from Korean-American singer Jay Park, went number one on the iTunes album chart back in 2012, dethroning Mary J Blige, with the album also going number one in multiple other countries. One of a few commercial landmarks for the duo:

“Quite a lot to be honest. We did a song with an artist called Jay Park, he’s a Korean artist, that just got signed to Roc Nation. His album went number one in lots of countries. Then we did a song with Sophia Grace, that song went like top 100 for three weeks on the Billboard Chart. We worked on Matt Pokora’s album from France, that went like top five, it’s like double platinum now. Starboy Nathan – ‘Diamonds’, that went top 20.”

As well as chart success, U1 and O1 have worked with some of the biggest artists in the world:

“Usher just heard what we did for another artist, he liked it, then flew us over to Atlanta. They wanted a specific sound, and luckily we could make that sound, so he fell into our pocket a bit, so it was good man. And Enrique, we met him in Jamaica with Sean Paul. We were working on Sean Paul’s project, he came in, said he loved the stuff and wanted us to work on his project to, so that’s a big look.

More recently, the duo has worked closely with many UK artists, across a typically wide range of beats. ‘Rap Gustavo’ with Giggs is a dark trap-sounding with slow bass that sets the tone for Hollowman’s sinister raps, a collaboration that didn’t always look set to happen:

“The Giggs link-up came from Ghetts. He’s is a real good homie of ours, so he’s the one that called Giggs, introduced us, and then the next day Giggs just came to the studio, and history was made. Literally, maybe six or seven months after, he called saying he’s going to release the track. So it was a bit of a random call we didn’t expect,” recalls U1. 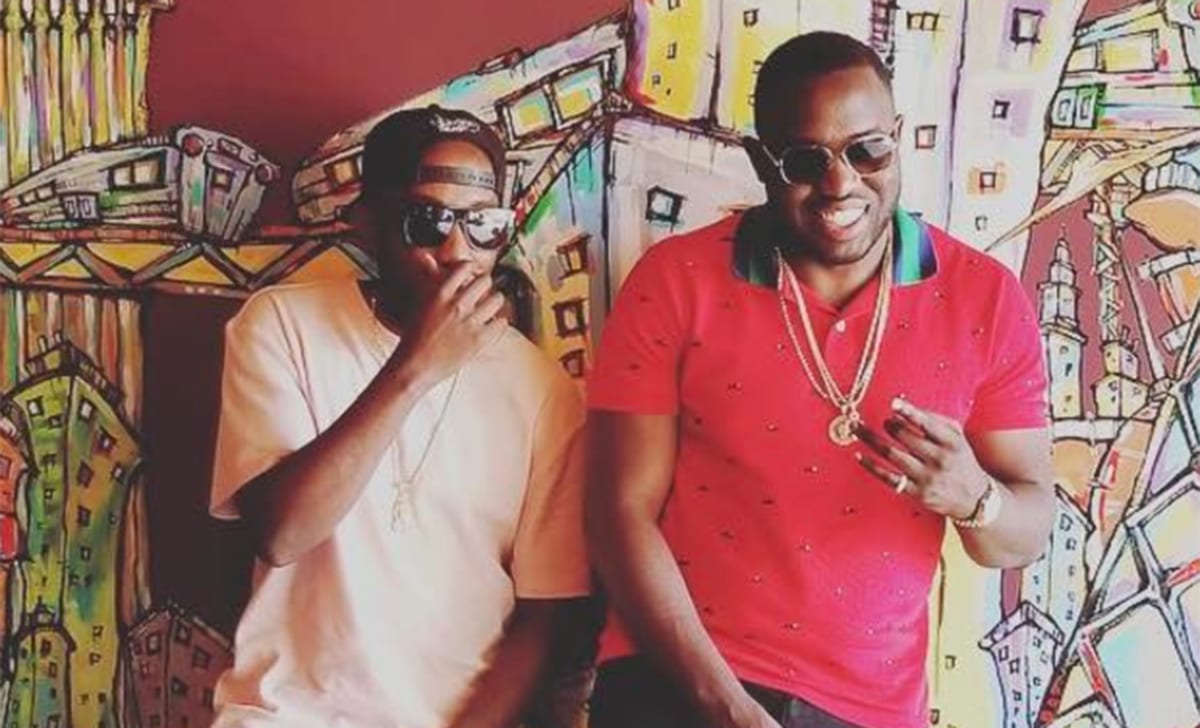 Some producers opt to master one type of sound, others find success dipping into a variety of genres, so I asked the duo how difficult it is to continuously adjust your sound to different genres:

“Because we look up to people like Stargate, Neptunes, people that can adapt to different cultures and different styles, so it’s easy for us. We love hip-hop anyway, so making the ‘Rap Gustavo’ beat for Giggs is nothing for us. We like to dabble in different things, we like to bring different people to different sounds. We like to work with pop artists and bring them to hip-hop beats and vice versa. That’s our thing. Very simple to us” recalls O1.

That concoction of different genres, including rap, hip-hop, pop and afrobeats, will be no more than evident than on their forthcoming project Da Beatfreakz Presents. That EP will bring together sounds from the UK and across the pond in a project they hope can become the soundtrack to your summer:

“For us, it’s just about good party vibe. We want you to turn it on for your weekend vibe, and just have a good time. Something uplifting.”

The first single, ‘Quavo’, features Sneakbo, Afro B, Moleogo, Sona, adopts an afrobeats feel to it, adhering to that party-vibe feel the duo are seeking to create. Those are just four of a long list of big names set to feature on Da Beatfreakz Presents.

“We’ve got Big Tobz, Nadia Rose, Sona, Sneakbo, Afro B, Shakka. C Biz. Young T and Bugsey. Some surprise guests to, from the US, we can’t say too much now, but there’s gonna big shocks. It’s gonna be a crazy project.”

The duo of U1 and O1 have ticked off many boxes in their storied production career, finding great success in adapting their sound to whatever environment they find themselves in. So, what’s next?

“We got some big singles coming out. Just taking everything to the next level, from a music stand-point and business stand point. Focusing on our project mostly, just releasing single after singles and really changing this game, taking this game to another level. We still have the Sean Paul stuff that’s coming out soon with some big features on it, we really feel that’s gonna take off.”