Posted at 23:41h in All Articles, Interviews, Long Reads by Ajay Rose

DCWORLDMG INTERVIEW – Throughout What’s the Debate, you hear DC’s smooth punchlines cover rap, grime and garage beats with ease. The six-track project has accumulated over 500,000 plays on his SoundCloud and was a tidy debut offering, but compared to what’s to come, What’s the Debate barely scratches the surface.

“I didn’t really have an expectation for the EP, I thought it was sick as well, but looking back I think it’s s**t” DC recalls of his debut EP, continuing with: “The EP was fun but there was hardly any original music on there. A lot of them were just covers and freestyles. I didn’t have beats, I didn’t have a producer back then, but I made it work” explains DC.

By his own account, DC’s second project, due for release this summer, will make a lot more noise than his first one did. Having heard the project before being mastered in its entirety, such claims are true and are more of a reflection of the new project’s quality rather than the first EP’s weakness. Details of that new project remain under wraps at this point, but what we can expect is more over-your-head bars behind a different selection of beats. 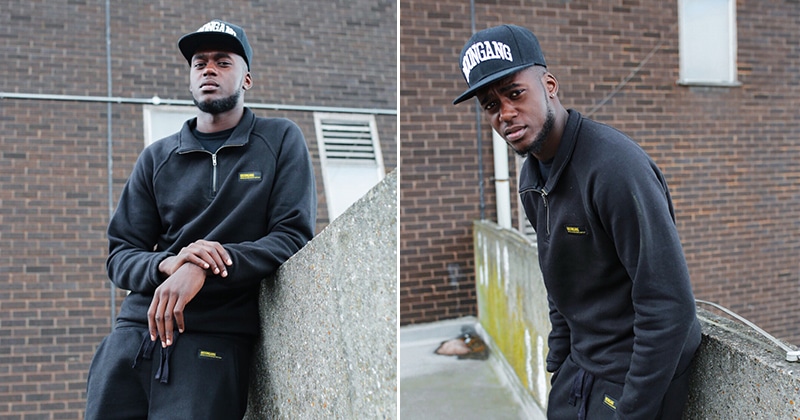 Tracks like ‘Cold’ and ‘Gleamin’ combine a clear delivery with lyrical grime bars, in ‘Local’ and his Mad About Bars freestyle, we see a rap flow come through, and in the hugely popular track ‘Strong’, he samples Daniel Bedingfield’s ‘Gotta Get Through This’, so how do you describe DC’s sound? “I feel like I’m equally as comfortable on grime as I am on rap. I love grime and that’s what I’ll always lean towards more than rap, but I don’t think I’m a traditional grime artist anyway. It’s a mix, I don’t even have a name for it.”

Those bars began gaining traction in 2015 through the release of the first of three ‘Gleamin’ freestyles. Although, DC’s releases were limited and as such he had to rely on the music he did put out hitting hard: “After I released my first video, ‘Gleamin 1 freestyle’, people began recognising me a bit more and since then, I’ve just been building it up. But it was mostly my SoundCloud releases that helped me stay relevant, the SoundCloud freestyles and what not kept me relevant”.

A commitment to university work meant DC’s attention was demanded elsewhere, but with his degree coming to an end, I asked if things are going to step up music-wise: “100%. So much more. From now it’s just time to be consistent. Before I use to drop tracks like every three or four months, and luckily enough, people still f****d with it. Now it’s time to be consistent and drop more videos, that’s the pattern right now”.

Often found wearing clothes designed by himself, DC also grows Moongang clothing on the side with his friends adjacent to his music. But what is Moongang? 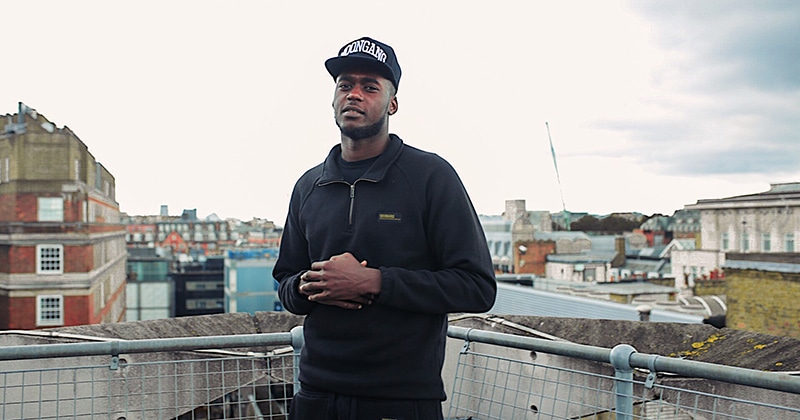 “It’s all one thing. People think it’s separate, but it’s all the same. I put as much as effort into this as I put into my music. With Moongang, we got a new collection coming out, new clothing, got sick new suppliers so the quality’s up. Another limited release, but I think people are gonna love it because it’s sick. The last collections all sold out as well” explains DC.

DC also featured on GRM Daily’s The Shortlist album, a compilation of the freshest young UK talent, and speaking about how that collaboration came about, DC said: “I worked on that track with my producer Nostalgia and we’ve had that track for a while, but I didn’t know what to do with it. I didn’t know whether to release it or not… I’ve got quite a few of them tracks, that I just don’t know what to do with. GRM reached out and explained the project and said they want me to be on it. Instead of me making a new song I thought ‘I got this song and it’s sick, you might as well use this’, they liked it, so that’s how that came about.”

DC’s forthcoming EP therefore promises a lot, so I asked him to shed some light on what’s to come: “The EP is well worth the wait. I made it like six months ago and right now I’m just figuring out when to drop certain tracks and getting it all mixed and mastered. Everything’s pretty much done, the artwork’s done, the music’s done. It’s gonna be coming summer.”

With the EP on its way and his sound improving, what else has DC got in store? “More videos, more tracks, collaborations, I don’t really do a lot of them, but they’re sick tracks. Just more music man, consistently as well, and it’s a different level. It’s not the same level as the first year I started, or last year. People are gonna be surprised by the EP”.

All photos by @Zek.Snaps. Find more of his work on Instagram here.