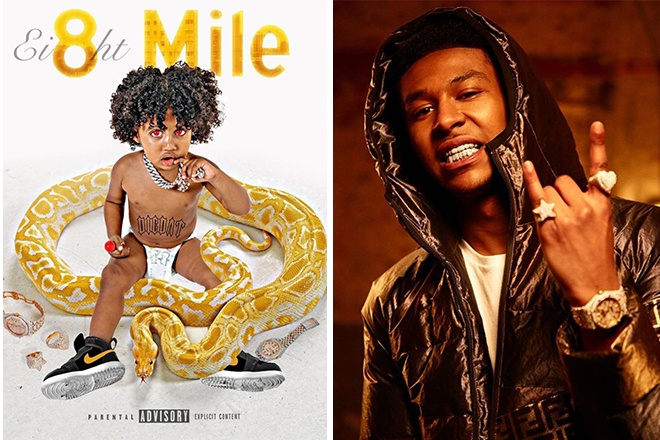 Posted at 17:12h in All Articles, News, News Main by Plugsville

The rapper who broke through with the anthem that is ‘Air Force’ back in 2018 recently released his first a body of work called Ei8ht Mile which debuted at #12 in the album charts. In doing so, it represented the highest opening week for a UK drill album in the genre’s relatively short history.

The mixtape also boasted a top 10 single with his titular ‘Ei8ht Mile’ track, which featured Aitch and debuted at #9 on the single’s charts. The music video channels the vibe of a rap battle Eminem’s ‘Eight Mile’ film and has since racked up 2.7 million views on YouTube in just nine days.

Back in 2018, DigDat also secured the first UK drill single to chart inside the top 20 with ‘AirForce’, although Headie One later topped this feat with ’18HUNNA’, another drill artist who has helped to take the genre to new heights.

As things stand, DigDat was the first drill artist from the UK to break into the top 20 of the singles charts. He has now released the most successful album in terms of sales (not chart position, as Headie One’s Music x Road charted at #5 back in September 2019, making this the ‘highest-charting’ drill project), as their official website stated: “In terms of chart sales, the South London rapper now claims the UK’s biggest drill breakthrough to date”.

Over in the album charts, Heavy Is The Head by Stormzy sits at #5, while Eminem –  Curtain Call – The Hits, a project released back in 2005, is at #31. D Block Europe currently has two projects inside the top 40. Their most recent mixtape, Street Trauma, occupies the #27 spot, while PTSD sits at #35.