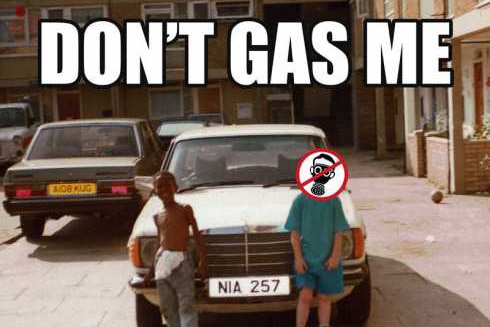 Posted at 11:36h in Uncategorized by Ajay Rose

Dizzee Rascal is back with a new project.

Don’t Gas Me is a brief but concise project with strong features. The EP’s first single saw two grime legends come together for a track few thought they’d ever seen, as Skepta and Dizzee joined forces for the lead single, ‘Money Right’, which can be listened to here.

The EP also sees P Money lay down a guest appearance. Speaking on Twitter, the Lewisham-based MC praised Dizzee for calling him in onto a track and said he has now worked with all the artists he looks up to, while C Cane and Afronaut Zu also feature.

It’s been just over a year since Dizzee last dropped, having released his sixth studio album, Raskit, last July, a 16-track album which charted in the top 10, one which also saw Dizzee have a hand in the production of every song, as is the case with Don’t Gas Me.

Dizzee Rascal recently teamed up with LD ‘On Stepped In’, the lead single from the drill rappers’ first-ever solo EP, which can be found here. The East London MC also shelled down the main stage at SW4 Festival’s 15th anniversary festival. For highlights of his performance, click here.

Listen to Dizzee Rascal Don’t Gas Me below: