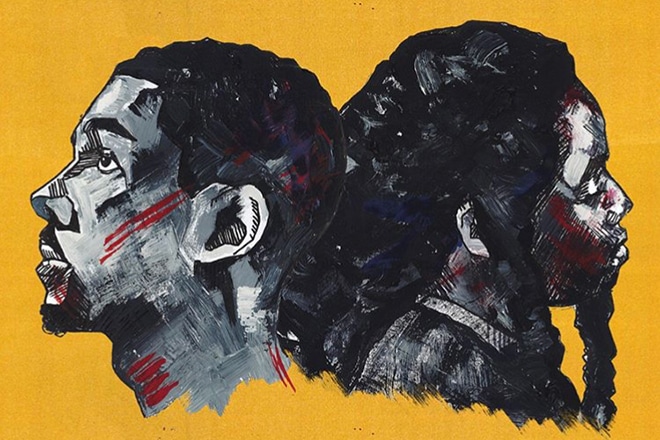 Posted at 00:54h in Uncategorized by Plugsville

WSTRN season, in its fullest form, may have to wait a while, but for now, Haile and Louis Rei have released a new mixtape in tribute to Akelle called DOU3LE 3AK.

The West London-based trio, temporarily operating as a duo, have released release their debut project with its title, paying homage to Akelle, who received a for four-and-a-half-year jail sentence in 2017.

As such, Haile and Louis Rei have continued to put out anthems, including ‘Ben Ova’ and ‘Sharna’, both of which are listed among the tracklist. A WSTRN project was long overdue, given their array of popular singles. To accompany the release of DOU3LE 3AK, Haile and Louis Rei teamed up with Skrapz for the Angel-produced track ‘Round Here’.

As well as the link up with one of Ice City’s finest, WSTRN also joined forces with Stefflon Don on ‘Special’, following on from Haile’s feature on her recent Secure The Bag mixtape. Mr Eazi and Tiwa Savage both appear on ‘Love Struck’, released back in March, rounding off DOU3LE 3AK’s features.

Interestingly, despite this being their first body of work, some of their older hits with all three members like ‘IN2’ and ‘Txtin’ (feat. Alkaline)’, aren’t included, which suggests that these records could be saved for a project once Akelle is free.

To accompany the release of DOU3LE 3AK, WSTRN duo Haile and Louis Rei also announced a three-date UK tour, set to commence in November. The tour will begin in Manchester on November 18, followed by a trip to Birmingham on November 19, ending with a London show on November 20. To purchase a ticket for the tour, click here.

Stream DOU3LE 3AK on Apple Music or on Spotify below: