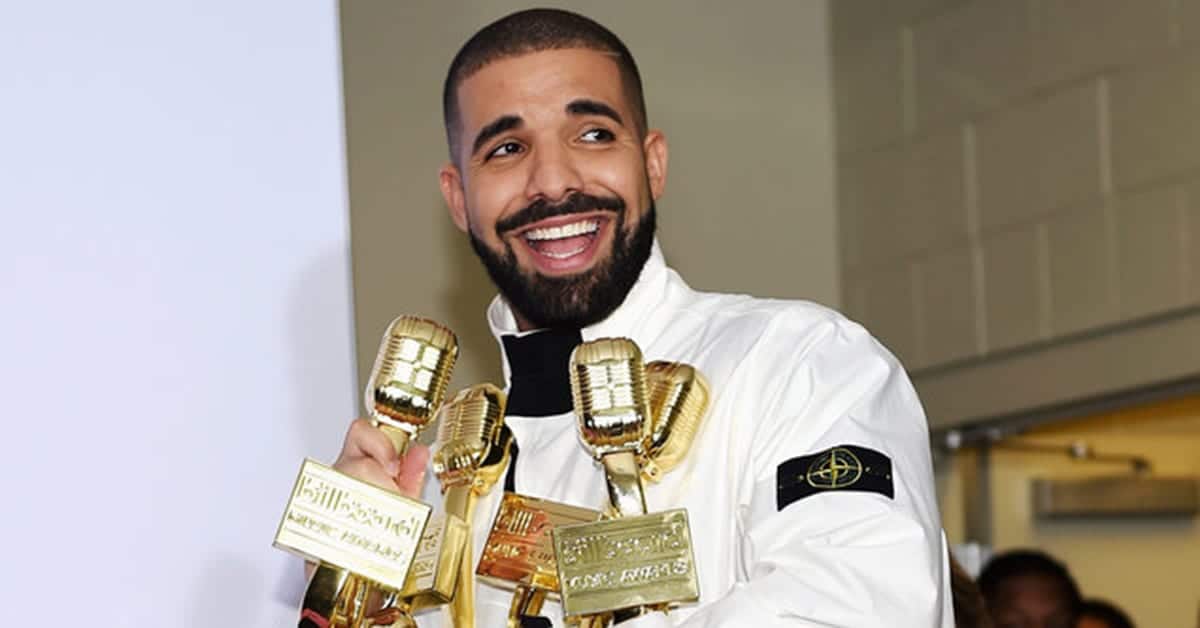 Posted at 14:05h in Uncategorized by Ajay Rose

Drake has beaten Adele’s record for most wins at the Billboard music awards, scooping up 13 awards on the night, surpassing Adele’s record of 12 set in 2012.

Views and ‘One Dance’ won big, scooping up two and three awards respectively, as Drake also took home a few awards that recognise how much an artists sells and dominates the Billboard charts. Along with The Chainsmokers, the Canadian rapper was also nominated a record 22 times.

In accepting the record-breaking award, Drake paid homage to Adele eventually taking her record back: “I just want to say hold tight Adele because when a new ting drops you will crawl your way back to get the record back”.

Here are the 13 awards Drake won at the 2017 Billboard Music Awards: