Drivers in London lost an average of 178 hours sitting in traffic last year. The situation isn’t too dissimilar in Los Angeles where the figure stands at 128 hours lost to congested roads annually. Traffic and driving go hand-in-hand, but Elon Musk’s idea for the ‘Loop’ plans to eat into that ‘soul-destroying’ relationship through the form of tunnel travel.

‘The Boring Company’, a business Musk set up to bring his hobbies to life, are one of the pioneers behind transporting customers underground at high speeds to avoid traffic. The basic premise of tunnel travel would involve a vehicle being lowered 30 to 90 feet below the surface, before battery-powered ‘autonomous electric vehicles’ transport riders at speeds of up to 150mph, while fares for the ‘Loop’ system would be ‘comparable to public transportation’.

Back in 2017, Musk revealed that the first tunnel routes would involve a trip from Westwood to LAX, which usually takes between 30-45 minutes, but via tunnel travel, would take just five minutes. One of the Tesla owner’s ‘Hyperloop’ tunnels set a new speed record of 288mph while travelling through a 1.2km vacuum during a test back in June 2019. In a whitepaper from 2013, Musk detailed a vision to see pods hit speeds of up to 1000mph while travelling through the ‘Hyerloop’.

Speaking at an event in Hawthorne, California back in 2018, Elon Musk shed further light about how the concept of tunnel travel will work: “The profound breakthrough is very simple: it’s the ability to turn a normal car into a passively stable vehicle by adding the deployable tracking wheels, stabilising wheels, so that it can travel at high speed through a small tunnel.

“The way the loop will work is you will have main arteries that are travelling at 150mph and only when you want to go to an exit would you have an off-ramp. So you can travel the vast majority of your journey without stopping at 150mph and only slow down when you get to your exit, and then automatically transfer from one tunnel to another. It’s like a 3D highway system underground basically.” 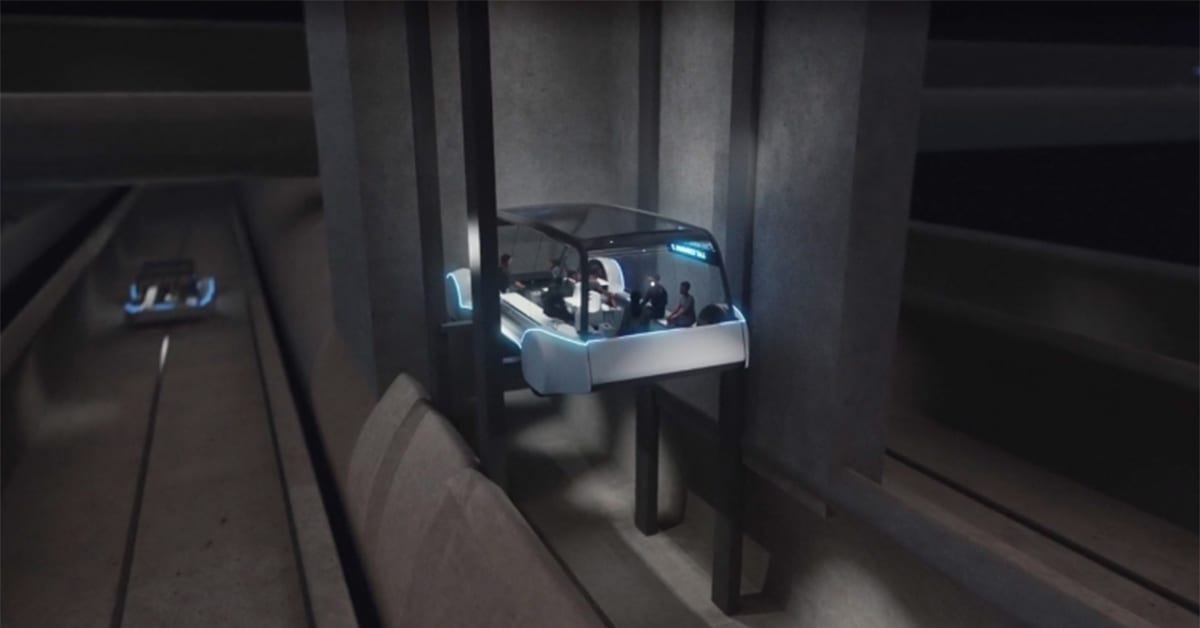 Building an underground tunnel network linking major cities will require the need to secure the necessary legislation while appeasing safety and environmental concerns. In fact, Musk himself questioned the viability of tunnel travel during an interview with Joe Rogan in September 2018: “We are going to build a tunnel. And maybe that tunnel will be successful. And maybe it won’t.”

Dirk Ahlborn, CEO of HyperlookTT, suggested that the technology needed to develop the ‘Hyperloop’ could soon be readily available: “Once the UAE rout is completed, other Hyperloop networks around the world will be quick to follow, as the technology will already be there.”

Despite the seemingly huge hurdles facing Elon Musk’s ‘Loop’ underground transport system, there is an undeniable need to reduce congestion and pollution in busy cities. For as long as this problem exists, regulators will at the very least, be hungry to consider new alternatives. But it remains to be seen whether or not tunnel travel is the soul food needed to actually serve up a solution.