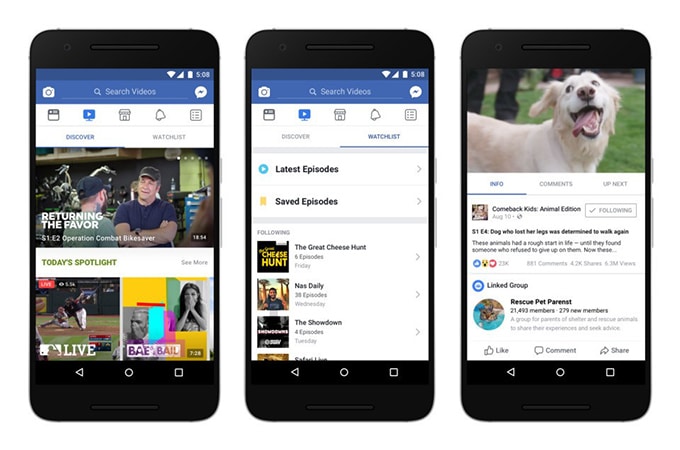 Posted at 02:21h in All Articles, News by Ajay Rose

Facebook have announced the launch of Watch, a media platform built into your news feed featuring an array of original video content.

The tech giants will partner up with content producers who will create shows exclusively for Facebook and will keep 55% of the ad revenue, with Mark Zuckerberg’s company keeping the remaining 45%, per TechCrunch.

Keeping to the status quo of new product launches at Facebook, Watch will be rolled out in the US first, before being used more widely.

Facebook have long understood the value of video content, with some reports suggesting that by 2019, 80% of internet traffic will be video, but it’s often trailed Google’s YouTube platform in becoming the go-to hub for videos.

Watch could become the platform that allows Facebook to become a major TV player.