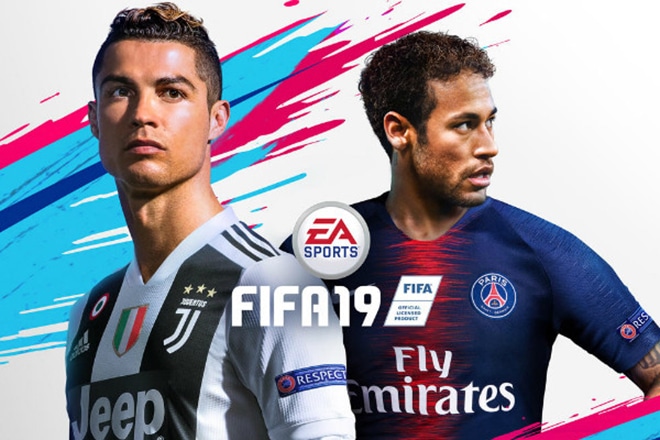 Posted at 13:41h in All Articles, News by Ajay Rose

When new editions of FIFA are released, there are of course changes, but rarely are they as dramatic as the ones proposed for the 2019 edition of the renown video games franchise.

The gameplay bugs address a few key areas that have plagued previous versions which will make for a better user experience. FIFA 19 has also gone to considerable lengths to present itself as the ultimate football game, packed with a range of fun game modes that go beyond just regular matches.

Here, Plugsville breaks down every new game mode and feature in FIFA 19:

It’s as if the FIFA developers thought to themselves, why don’t we bring all the man-made stipulations we impose on ourselves while playing, and bring them into the new edition? It’s now possible to add a wide range of stipulations to your matches:

If you’re feeling particularly cocky, challenge your friend to a game on Survival Mode. The rules are, every time someone scores, a random player from the scoring team is removed (not including the goalkeeper). So going three 3-0 up would also mean continuing that game with just eight players.

Anything goes. You can turn off offsides, fouls and bookings and play whatever type of match you so please.

This is one of two modes that will particularly irk fans of scoring ‘cutbacks’. Here, any goal scored in the box counts as one goal, but goals scored outside of the box count as two.

The second mode aimed at serving up higher quality goals. With this feature, you can only score from a header, volley, free-kick or penalty. Any other type of goal will be disallowed. Although, the ability to score from penalties could turn what’s supposed to be a headers and volleys match into a free-for-all to see who can earn the most penalties.

This mode allows you to introduce custom conditions to your match, for example, first to score three goals.

At long last, FIFA fans will now be able to utilise the official Champions League game mode, able to play the tournament from the group stages through to the final. There will also be a Customizers’ League feature which will allow you to construct your own custom tournament with whatever teams you like, while Derek Rae and Lee Dixon will feature on commentary too. You can access the new Champions League feature in Kick Off, Career Mode and the Journey, with the latter mode culminating in Alex Hunter winning the Champions League at The Wanda Metropolitano Stadium in Madrid.

As well as Europe’s premier competition, it’s also possible to play in the Europa League, which if nothing else, is interesting news for Chelsea, Arsenal, Burnley, Celtic and Rangers fans, provided they all qualify.

It’s now possible to shoot with a function EA Sports call the ‘sweet spot’. You can do this by tapping Circle (PS4)/ B (Xbox) once to shoot, then a second time just as your foot connects with the ball. If you get it right, at the very least, it will be an impressive effort. At worst, the ball might go flying out for a throw-in.

FIFA are calling this one of its biggest gameplay changes and say it will ‘open up areas of gameplay never explored before’. The new touch system will provide better ways of receiving, striking, and moving with the ball feels to provide a more natural feel. A player personality on the pitch will carry greater weighting, allow for improved tricks, flicks and traps that make every touch of the ball more fluid.

This particular tweak fixes an annoying goal kick-related hack. When you take a goal-kick and want to play out from the back, your opponent can see which defender you wish to pass to as the camera moves with the analogue stick. In FIFA 19, when you move the analogue stick at a goal kick, the camera won’t move.

The mini-map will now be more clear, as one team will have triangular icons and the other will have circular icons, as opposed to both teams having circle icons, as is currently the case.

It’s now possible to tell your central midfielders to cover a certain area of the pitch, for example, covering the wings as a full-back overlaps or providing more central cover as attacking midfielders roam forward.

You can now change the way your team tries to win the ball back with these settings: ‘pressure after possession loss’, ‘constant pressure’, ‘drop back’, ‘balanced’ and ‘pressure on heavy touch’.

50/50 battles will now take into consideration more variables than in previous versions, which means you no longer just aimlessly tap X/ A to try and win a loose ball, as more emphasis is placed on player attributes and user reaction times.

FIFA 19 will also feature 16 new stadiums from La Liga and over 200 new head scans for players.

You can control how many players you send forward for corners kicks, ensuring you can send your taller players up while leaving quicker options behind to guard against a counter-attack. You can also control how many of your players will make forward runs in-play.