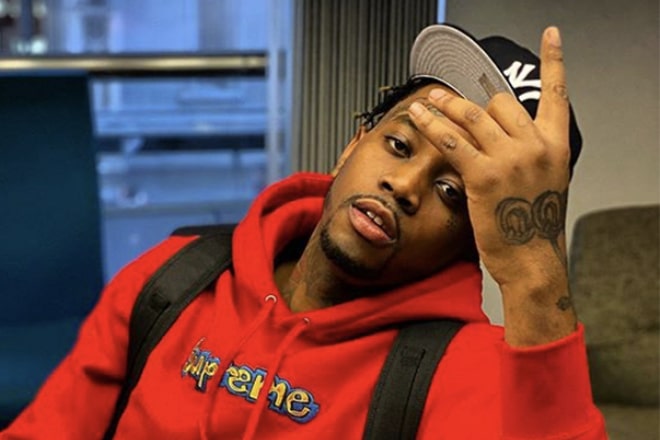 24 Apr 2020 Interview: Fivio Foreign talks signing a seven-figure record deal off the back of his debut single & ambitions to work with Skepta

Fivio Foreign Interview – Drill music first took off in Chicago back in 2012. Chief Keef was on house arrest, made a track called ‘I Don’t Like’ while the likes of Lil Durk and Lil Reese broke through with tracks like ‘Dis Aint What U Want’ and ‘Us’ respectively, and soon after, an entire genre was established. Eight years later, the genre has travelled to different corners of the world, including Europe and Australia, but right now, the scene’s biggest artists reside from London or Brooklyn.

The Chicago drill wave was driven by the strength of the hook; a catchy chorus sandwiched in-between two violent verses that contain a few quotable punchlines. When drill came to the UK, London artists added more lyricism and the genre shifted somewhat, as the violent side of drill took centre stage ahead of its party element.

More recently, drill music has again evolved again, this time shifting back to its unapologetic party-wherever-we-like routes, a wave fuelled largely in-part by the Brooklyn drill movement. Among the artists flying the flag for Brooklyn is Fivio Foreign, a rapper who’s made major moves in just a few short months. 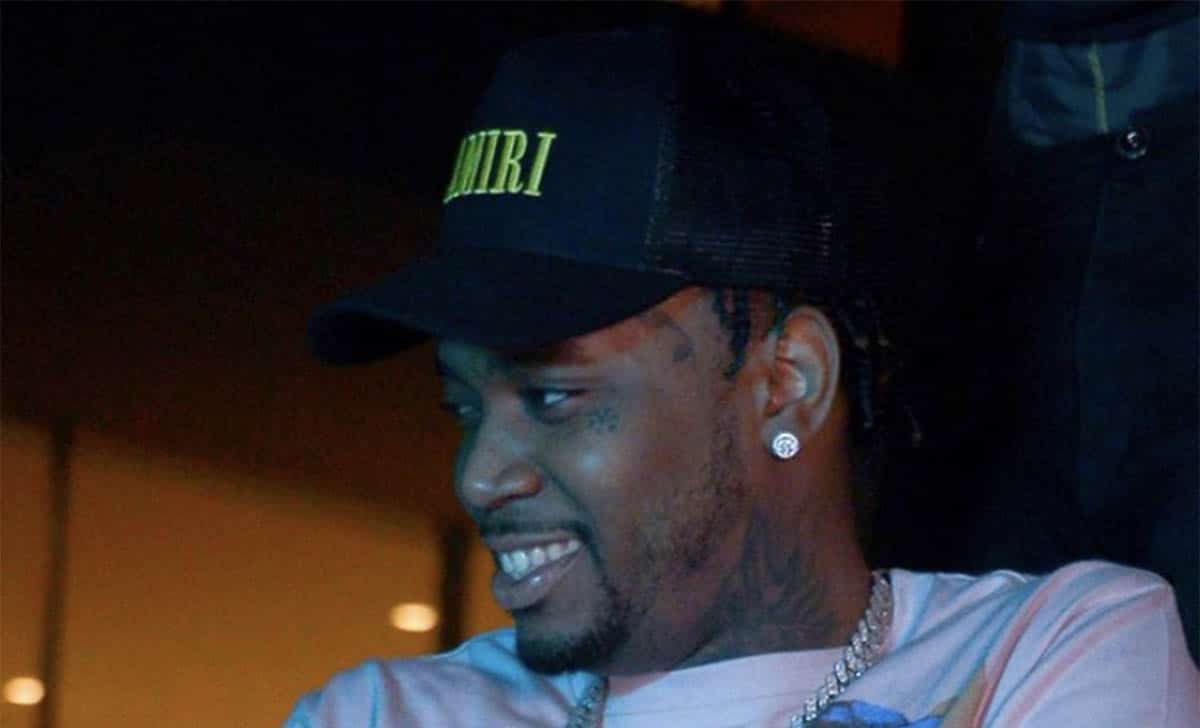 Fivio Foreign spent a while as a featured artists on other people’s projects and then decided to drop his own solo single. When he did, it helped to land him a seven-figure record deal with Columbia, off the back of his first and only single, ‘Big Drip’. The music video for has over 27 million views and the remix features two of the biggest artists of the moment, Quavo and Lil Baby, providing him with a healthy platform upon which he can build from.

Growing up in the same building as Rowdy Rebel, who is a close friend of Bobby Shmurda, gave Fivio a blueprint to learn from with his own two eyes. Years later, he is now channelling the same block party vibe you get with a track like ‘Hot N***a’ while using gritty UK-styled drill beats supplied by AXL Beats, who produced ‘Big Drip’ and another bouncy single called ‘Wetty’.

Plugsville caught up with Fivio Foreign over FaceTime to discuss his meteoric rise, ‘Big Drip’, his forthcoming 800 BC mixtape and more.

You used to do features on songs for quite a while before you had your first solo track. How did these experiences help you become a better artist?

I needed those feature tracks, because for me, those tracks are what made everybody realise my talents. When people heard the feature songs, they were like ‘yo son you nice, you always burnin’ somebody, you burnin’ n****s on the songs, it’s just what you do, so you gotta come with a song by yourself’.

Yeah of course, I believe that everything happens for a reason anyways. It wasn’t planned like that. I didn’t think to myself ‘yo if I drop ‘Jumpin’ this or that is going to happen’, I didn’t have no songs so I had to give them something. I did that and it helped everything.

Then you dropped the video for ‘Big Drip’, how did the track become so big once the video dropped?

Everybody was really fucking with it. Then I had a baby shower, and at the baby shower, I was filming ‘Big Drip’ in the background. You know how we play, our shit ratchet! So I did it like that. and by the time that happened, the baby shower video went viral all over YouTube, all over Facebook. Shit hit Chicago, all that.

When you released ‘Big Drip’, you thought another song of yours, ‘Pop Out’, would do better. Why did you think that track would be bigger?

I liked ‘Pop Out’ better, it was formatted different, I had two verses, one hook. ‘Big Drip’ was kind of like a long verse, it wasn’t really formatted properly. So I was saying to myself ‘yo ‘Pop Out’ is gonna be the one’, but you never know what the people like. The people like what they like, then I see that it [‘Big Drip’] was going viral, and I’m not a n***a who’s gonna be stuck on myself. I’m like fuck it, ayt bet, did the video to ‘Big Drip’, and just like they responded to the audio, they responded to the video like that and it went viral.

Remixed ‘Big Drip’ with Quavo and Lil Baby. How did that collaboration come about?

I always tell people, when you dealing with stars that big, you gotta wait until they ready. So they hit me up on their own and they was just fucking with the wave. And I was all over Cali, all type of shit, partying with Meek and all that, they were seeing me. They were like ‘yo let me get on that remix, that shit sound tough’. Ayt bet, let them get on it and shit went viral.

Dropped your latest single, ‘Wetty’. What’s the reception been like?

Actually, ‘Wetty’ got leaked a long time ago, it had been leaked for like a year. But I’m like ‘fuck it, I like this song, I’m still gonna do the video’. Then the video went crazy.

Originally you were signed to Mase, now you’re signed with Columbia. Talk about how you went from the deal with the Mase to the deal you have now?

Mase signed me a while ago, when I still didn’t even have any songs out myself, so I’m just like ‘damn I’m about to get signed by Mase, he’s a legend’. I’m hyped, so I’m not thinking about a contract or nothing. Then when I started getting hot, labels started calling and I started letting them know ‘I don’t want to be signed to nobody like that’, I want my own situation. I need my own money. I got people to see, things to do type shit. And with Columbia, everybody left happy.

So a lot of labels tried to contact you?

Yeah, but I felt like Columbia was the right place to go. They got a history of helping artists go viral, so I jack Columbia.

Dropped ‘Pain and Love’ EP, short four track project. I felt that was a good warm-up for what’s to come…

What can people expect from your forthcoming mixtape 800 BC?

You said you only want to drop one album in your whole career, why is this that?

I already feel like whatever I do, I’ma be the best at that. Shows and shit cool, but I got bigger missions then this music shit, this music shit is a stepping stone to where a n***a really need to be. I got a bigger calling, bigger than me, bigger than what the people want, bigger than everything. So I just gotta figure that thing out, bro.

Lived in the same building as Rowdy Rebel. What did you learn from their come up that helped your career?

I feel like, in the come up, I watched it and it gave me more of a sense of ‘damn, this shit could really get done, we could really do this shit!’. They gave me the confidence to do it, that’s home-team. I fuck with them heavy.

Bobby Shmurda, Pop Smoke and yourself are all from Brooklyn and examples of artists of whose music has a party-like vibe. How comes artists from Brooklyn are able to capture that vibe so well?

Pop Smoke sadly passed earlier this year. Talk about his impact on hip hop and what he did for the game…

New York has always historically been a place for some of the best lyricists in the whole of hip hop. Do you ever feel pressure to live up to the historic name New York has built for itself in hip hop?

Na, I don’t look at it like a pressure. I don’t ever feel no pressure on myself or nobody, because this is natural. People aint like me because I was trying to live up to somebody, I was just being myself, so I just stick to that. I’d rather just be myself and go viral like that.

Juice WRLD brought you out to perform at Rolling Loud NYC. What was that experience like, performing in your hometown New York?

That was my first big big crowd, so that shit was different for me. That shit hit different. Rest in peace, Juice WRLD. Juice WRLD brought me out, it was like ‘damn, this shit really happening’.

How did you link up with AXL Beats from the UK?

You mentioned there, ‘Chief Keef type of beats’. Talk about how the Chicago drill movement in the early 2010s with Chief Keef etc influenced you…

What’s your take on the UK drill scene? Are you a fan?

I’m starting to get into it and learn more about it. You know like Skepta, DJ Semtex, there’s certain people that’s part of that wave out there. I fuck with them, I fuck with that shit heavy.

Are there any UK artists you want to collaborate with?