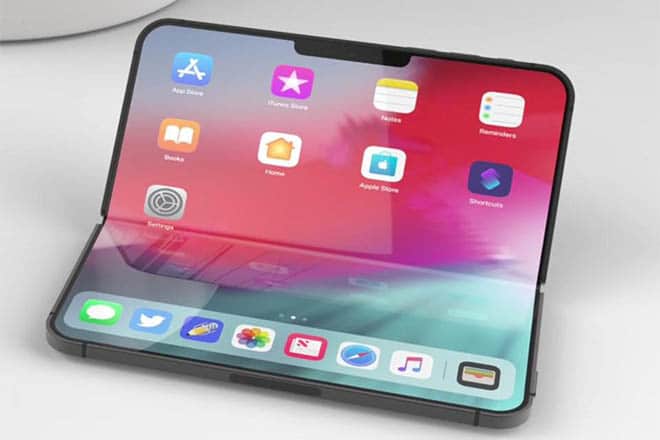 Foldable iPhones could be on their way as early as 2021.

Apple was granted a patent for a foldable device that includes a hinge mechanism which stops the display from being crease ‘when the housing is bent’. The patent was originally filed in 2015, which suggests the company have had this idea in the pipeline for a few years now.

The patent is titled ‘Electronic devices with flexible displays and hinges’ and aims to go a step further than similar devices by preventing the creases issues which arise with folding phones. The foldable iPhone is rumoured to use glass instead of plastic. Samsung released a video of its Galaxy Fold phone, which originally retailed at £1900, being folded 200,000 times in response to users complaining about creases. Huawei’s Mate X also suffered from similar problems.

Although, Apple has a history of filing for patents that don’t always end up resulting in a new product. They filed for a similar patent in February 2019 and have filed for multiple patents in the past ten years regarding iPhones and iMacs. Some of the other patents they have filed relate to their new foldable technology include patents for flexible control circuitry, a flexible chassis and advanced techniques to bend glass displays.

In 2021 Android look set to release their third variations of folding phones so industry experts predict that a foldable iPhones could arrive in 2021.