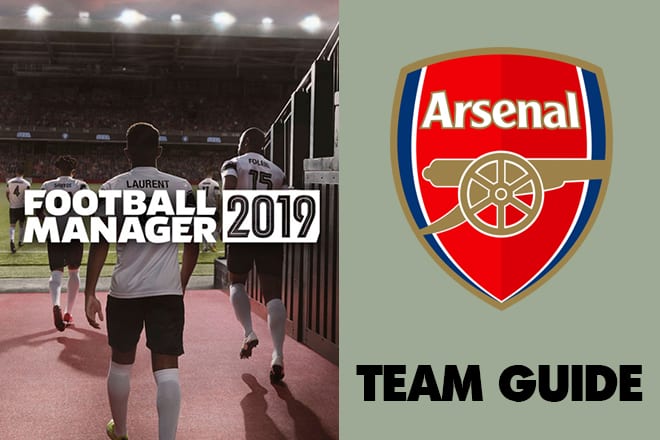 Football Manager 2019 Arsenal – After nearly 22 years of service, Arsene Wenger is no longer the man in the dugout at the Emirates Stadium.

It’s the start of a new era for Arsenal. The Gunners, at least in FM19 terms, are only a few pieces away from challenging on all fronts, as they have a solid group of players and the Premier League’s second highest starting transfer budget. Realising that potential however, won’t be easy, when the likes of Man City, Chelsea, Man United and Liverpool stand in your way.

PlugsvilleSport has put together this ultimate FM19 guide for you. We have listed Arsenal’s starting finances, two key players to build around, two of the best young players and the players you should consider selling if you need to raise funds. 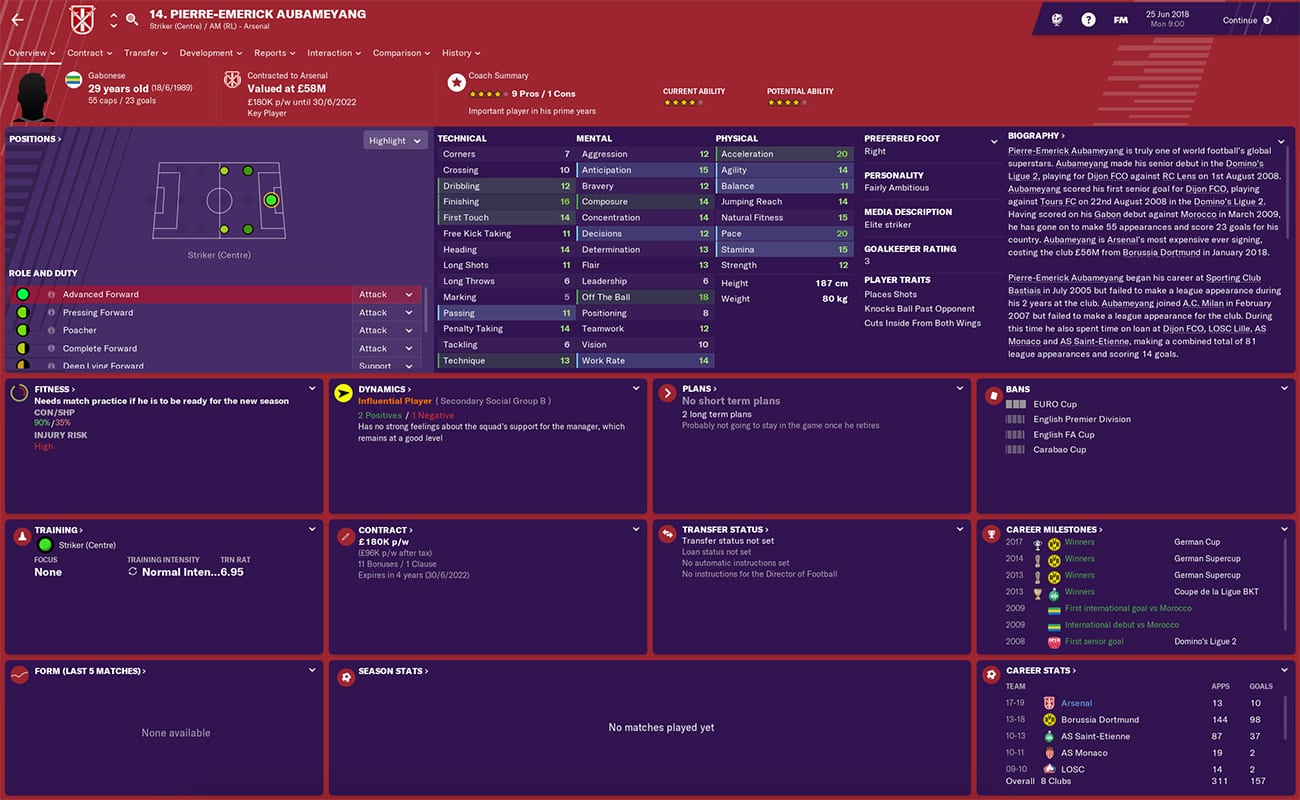 The former AC Milan outcast has taken to life in the Premier League very quickly, currently leading all strikers as top scorer at the time of writing.

At 29, he is right among his prime, but the challenge will be ensuring his performance doesn’t drop off as he begins to lose some of his blistering pace in his later years. 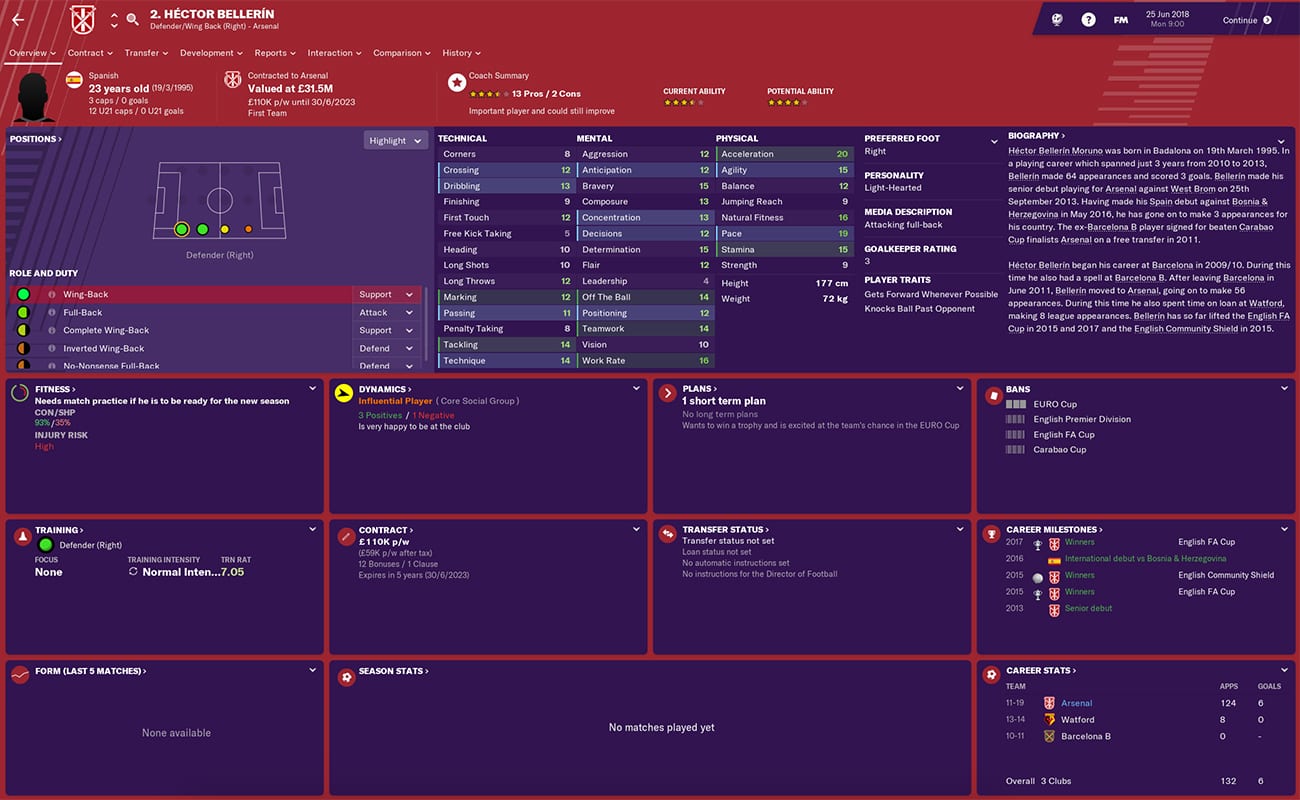 Still just 23, Bellerin already has ample experience as an Arsenal player with room to improve in future.

The Barcelona youth product has all the tools needed to become one of FM19’s very best right backs, making him the ideal candidate to build around; an attack-minded full-back with the necessary skills to adapt to a number of different tactical systems. 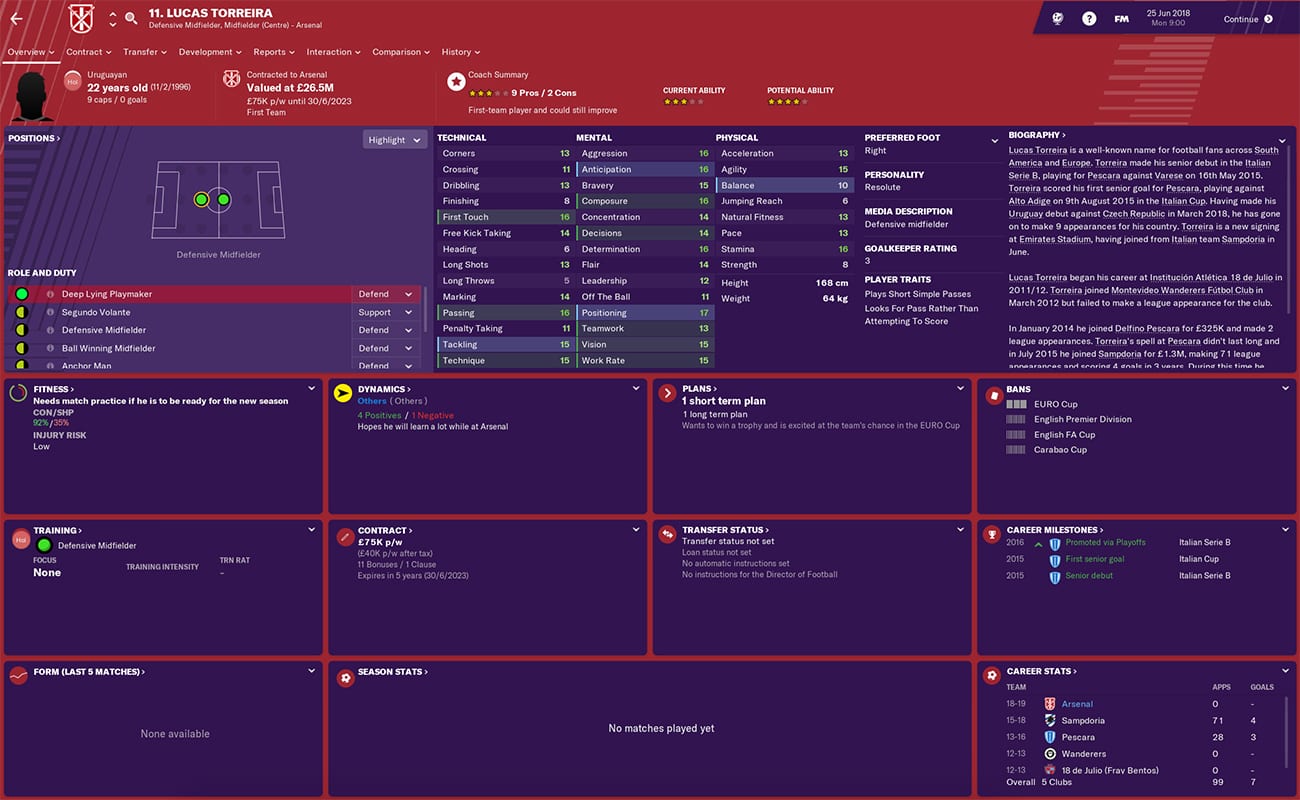 Already a fan favourite after scoring a goal to seal a North London derby against Tottenham, the Uruguayan terrier is ready for a first-team push.

At 22, he is slightly older than your typical ‘young player’, but his four-star potential and strong starting stats qualifies Torreira too good to leave out of your plans. 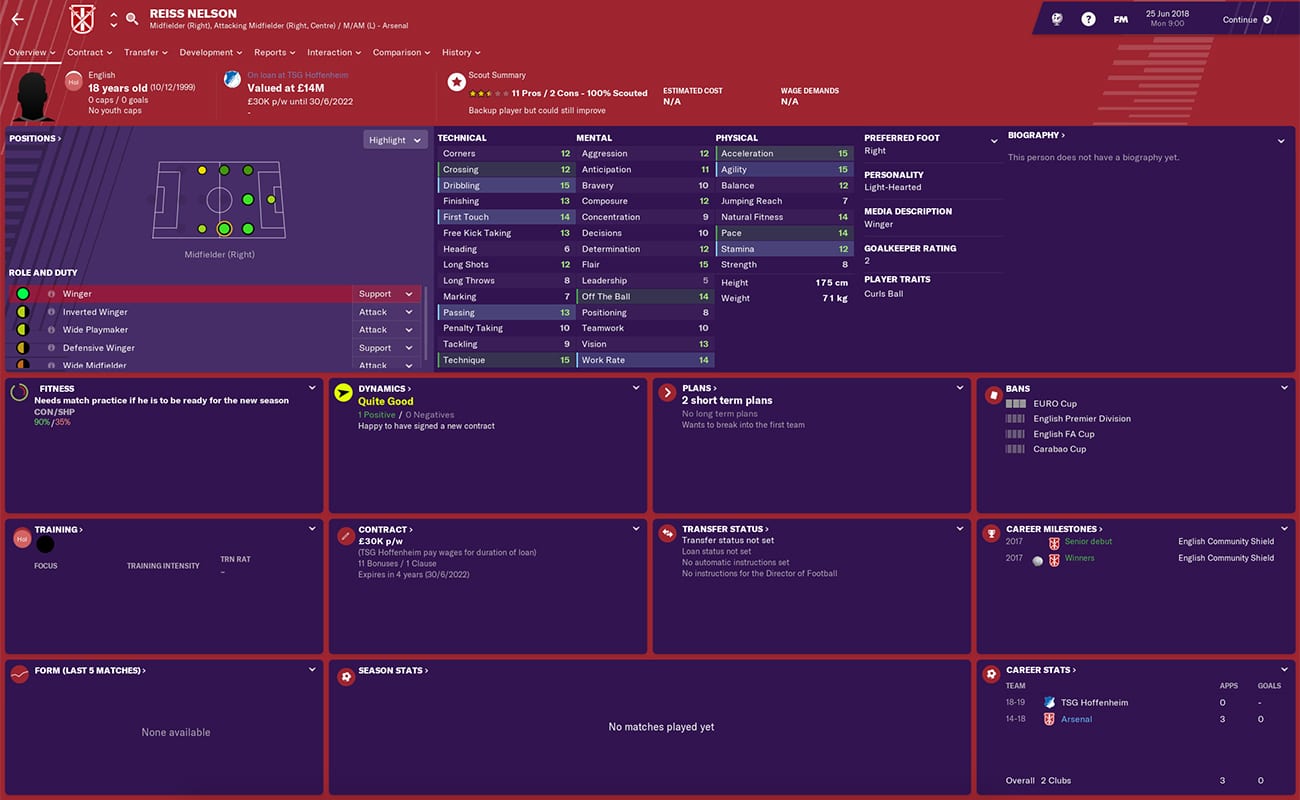 Jadon Sancho is not the only English youngster tearing up the Bundesliga, as Arsenal youth product Reiss Nelson is right amongst the action, following on from the successful loan spell enjoyed by Ademola Lookman at RB Leipzig last year.

At 18 years young and armed with four-and-a-half-star potential, Nelson is already on loan at a club likely to give him significant game time. That means he should be in a strong position to slot into your first team for the 2019/20 season. 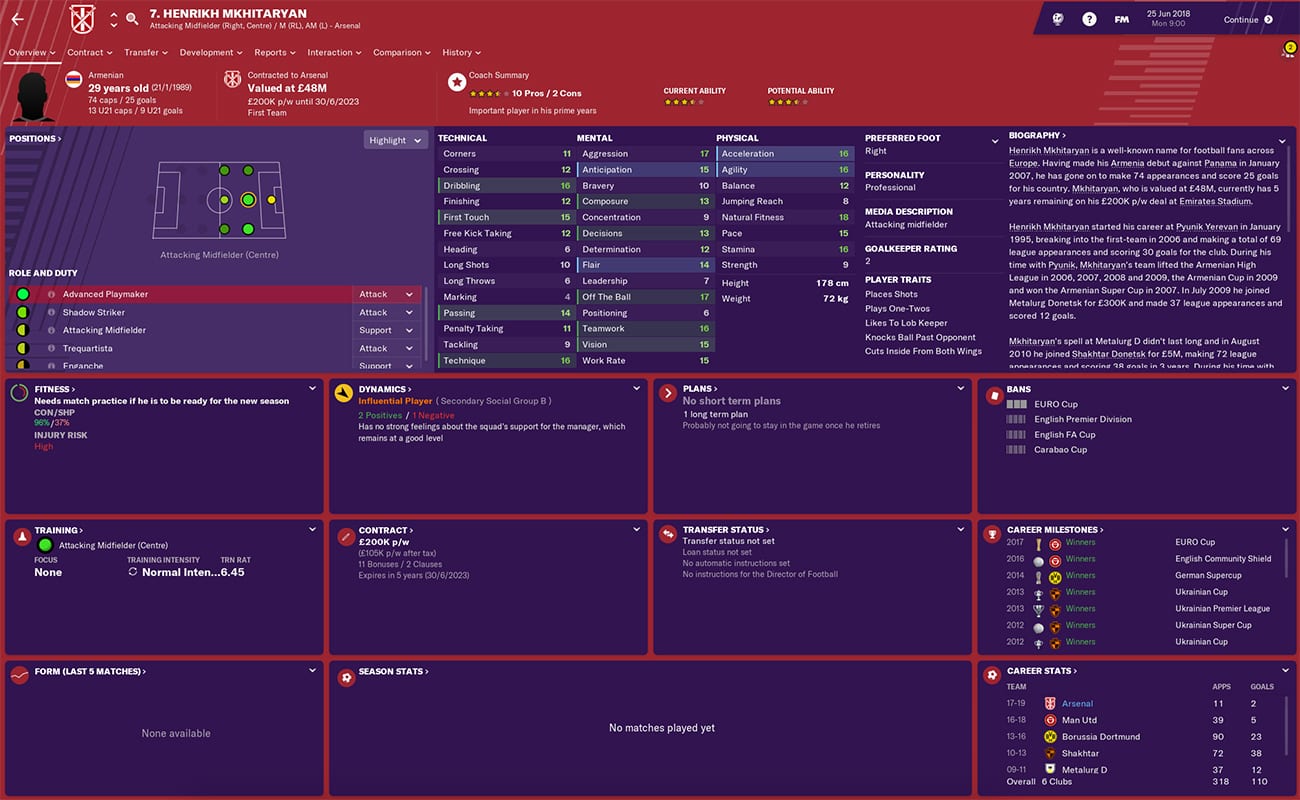 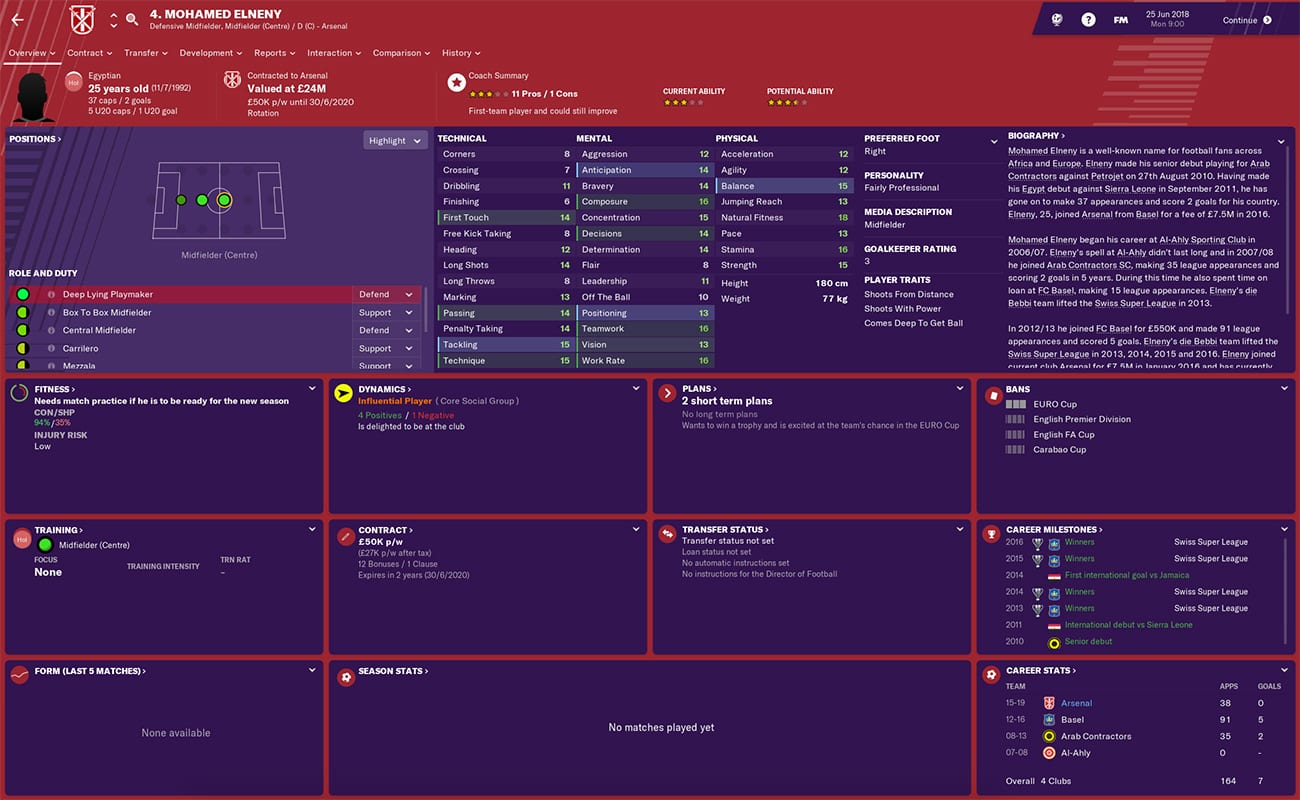 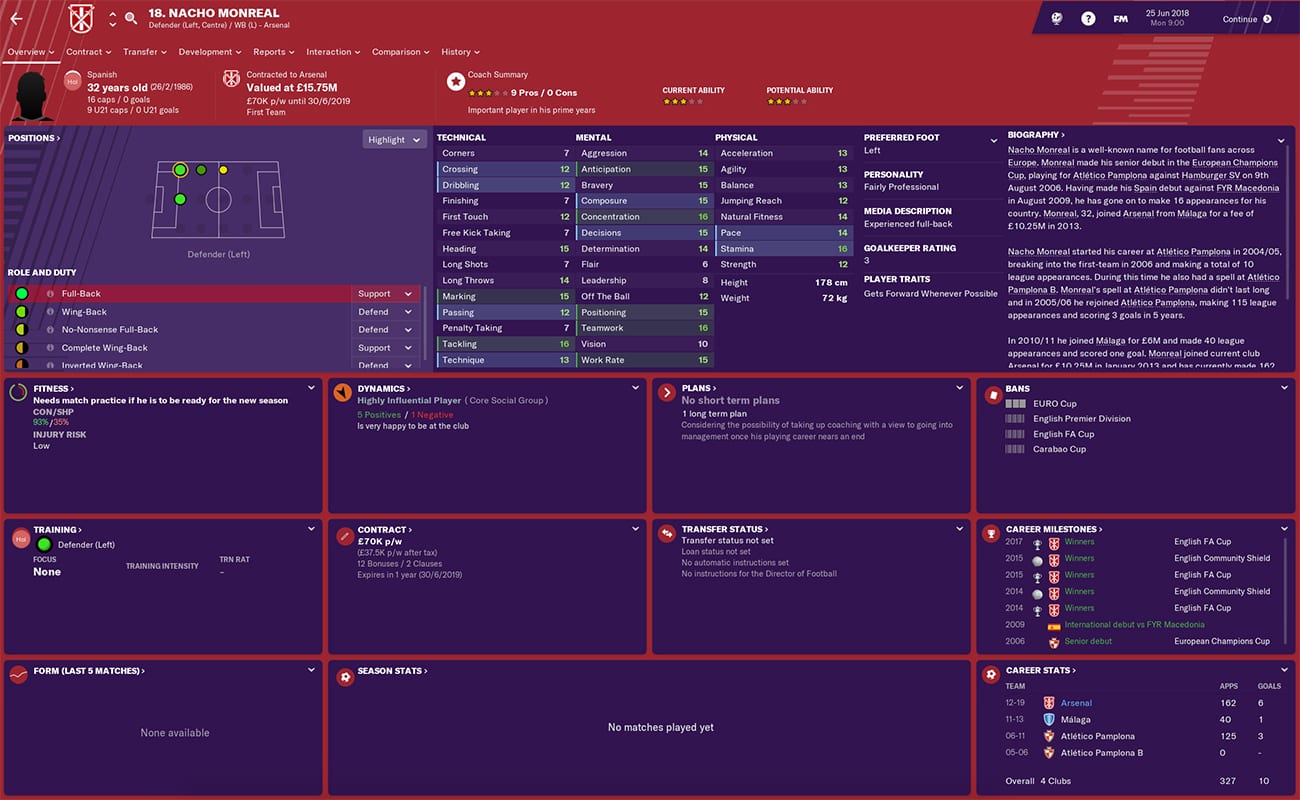