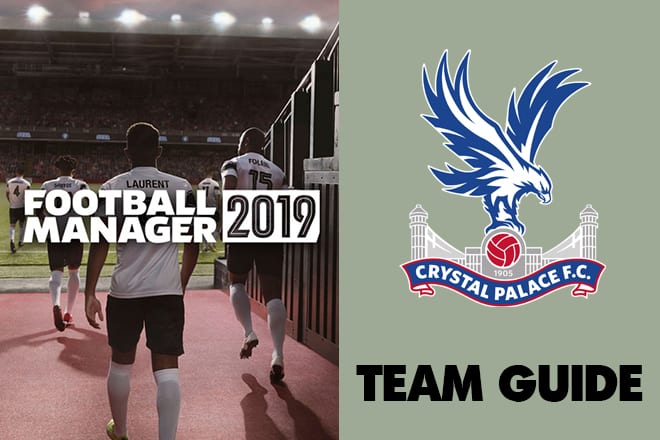 Football Manager 2019 Crystal Palace – CPFC are one of a few teams faced with the task of avoiding relegation, but the 2018-19 season represents the sixth-straight season in the Premier League, so they know a thing or two about beating the drop.

Wilfried Zaha is the club’s best player but across the board, Palace have a good-enough squad to potentially gatecrash the top-10 in year one, lead by the likes of Aaron Wan-Bissaka, Maximilian Meyer, Mamadou Sakho and Luka Milivojevic.

PlugsvilleSport has put together this ultimate FM19 guide for you. We have listed Crystal Palace’s starting finances, two key players to build around, two of the best young players and the players you should consider selling if you need to raise funds. 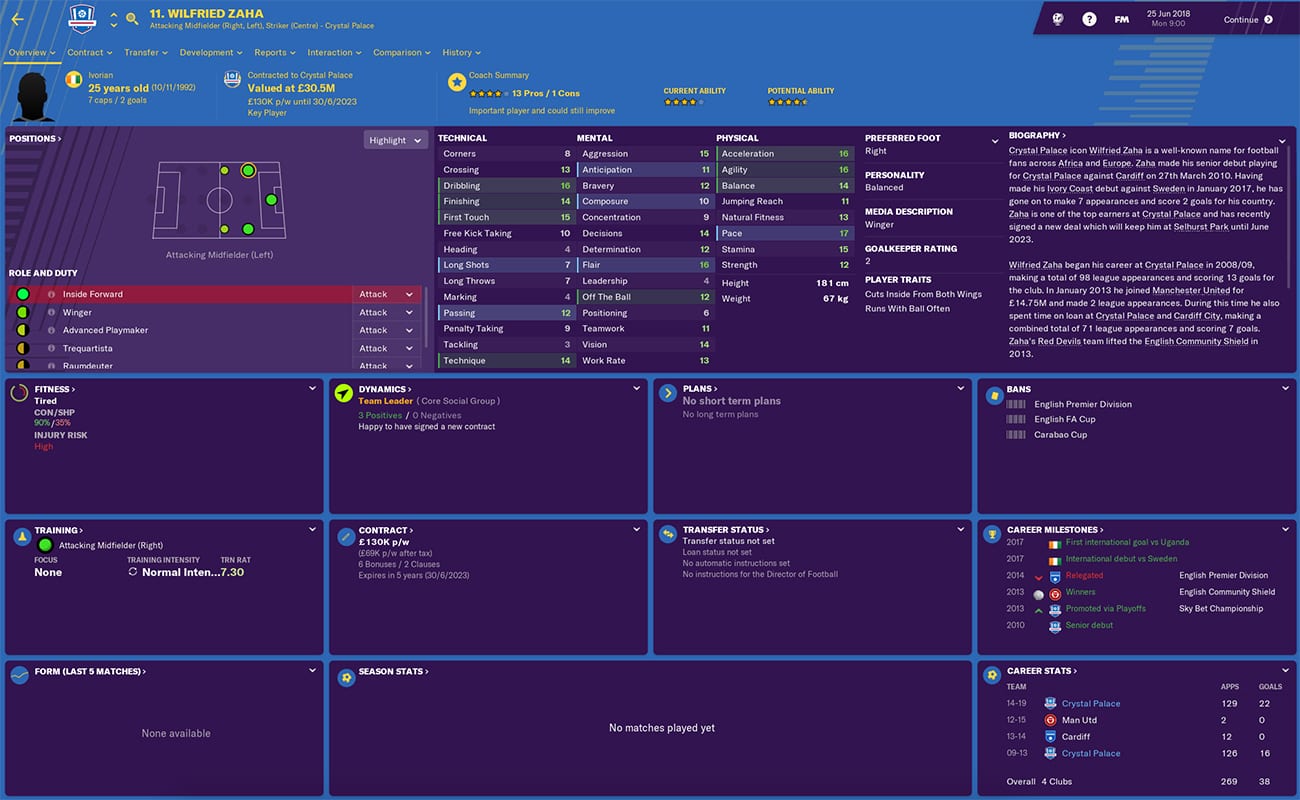 Once a player on the books of Manchester United, Zaha returned to South East London in 2015 and has since regained his reputation as being one of the best players not to play for a ‘top-six’ Premier League side.

In FM19, there is simply no reason to sell the Ivorian winger unless you really have to. 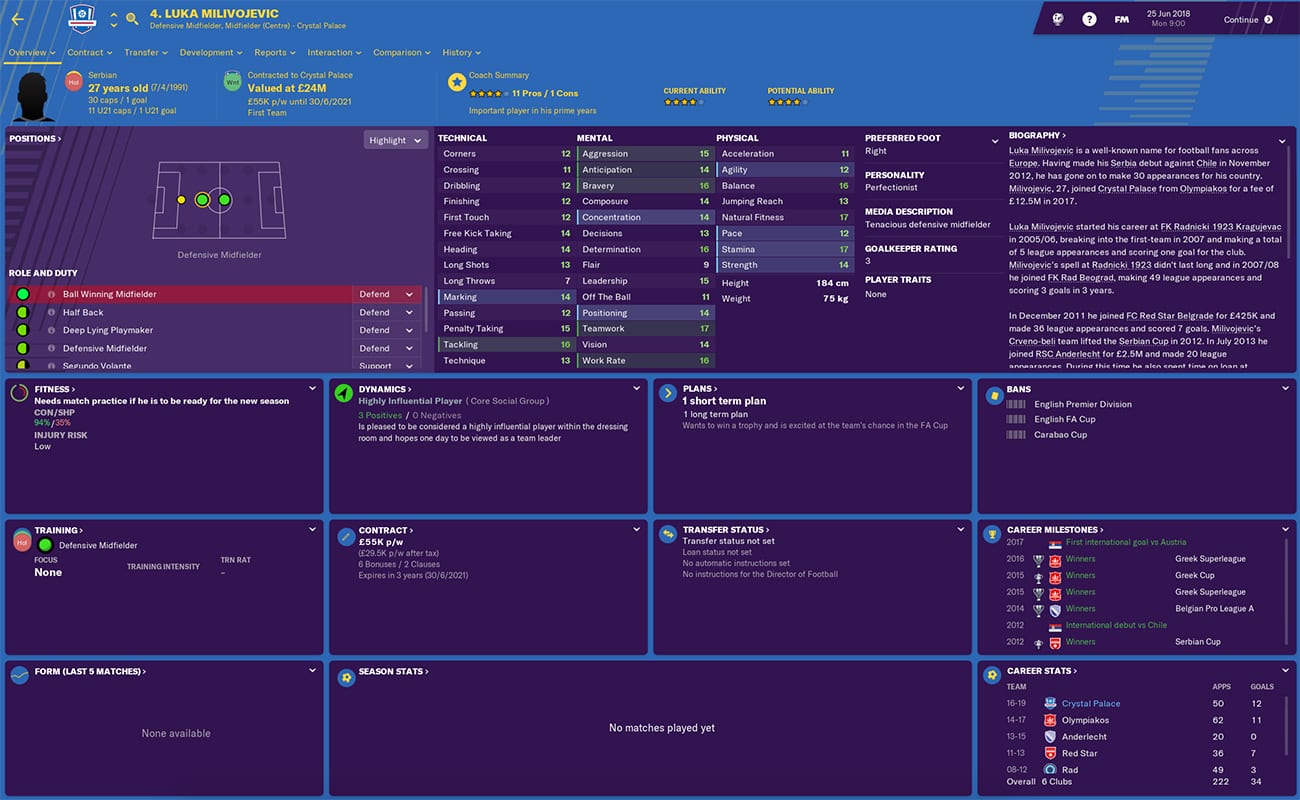 Crystal Palace’s captain brings a lot of qualities to the table, one of which is his technical ability, making Milivojevic a reliable set-piece taker, while his leadership qualities are not to be overlooked either.

At 27, the all-action Serbian midfielder can become a key cog for a side aiming to eventually bringing European football to Selhurst Park. 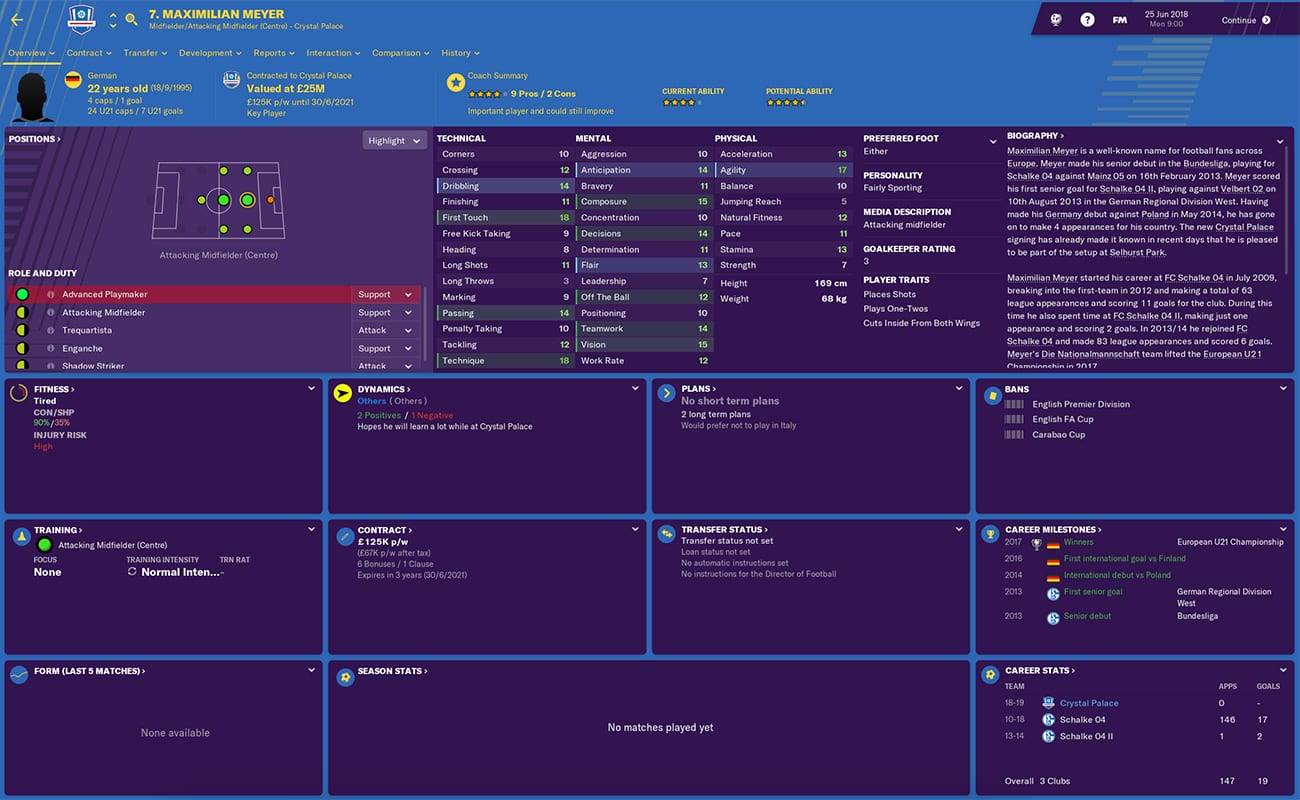 Meyer arrived at the club as a free transfer but with weekly wages in excess of £100k/week, a figure which indicates Palace are paying for what he could become, rather than what he’s already accomplished, following after an up-and-down spell at Schalke previously.

The once-highly rated German prospect is still just 22 and is by no means a failed prospect, which makes him a tantalising player to build around for the Eagles. Alongside Zaha, Meyer can become a key component of your attack for many years to come. 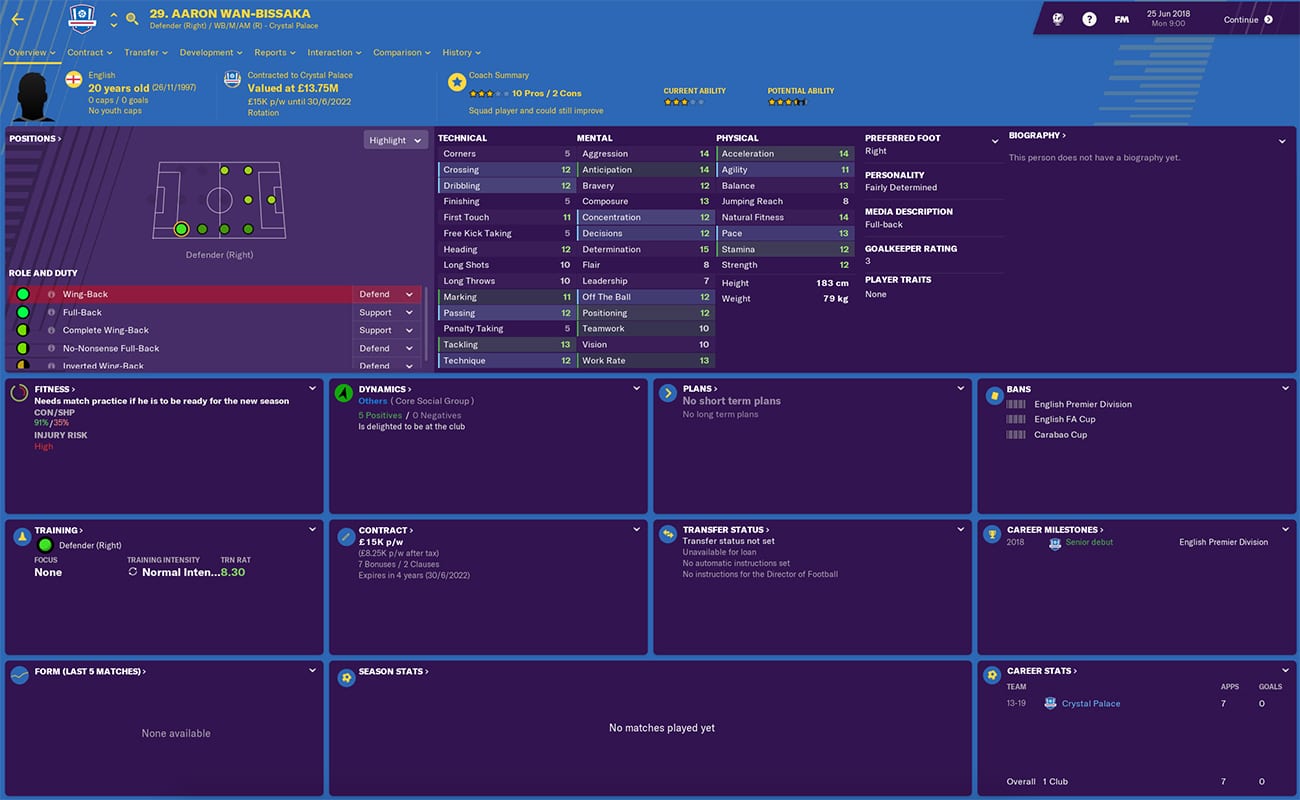 Wan-Bissaka has already made the right back job at Palace his own, also doubling up as a Fantasy Football gem in the early parts of the 2018-19 season, a nod towards his exciting potential.

The 20-year-old full-back is highly-rated by the club and looks set to enter the England set-up soon enough, all of which points towards the youngster being a key part of any success you’re able to have with Crystal Palace in Football Manager 2019. 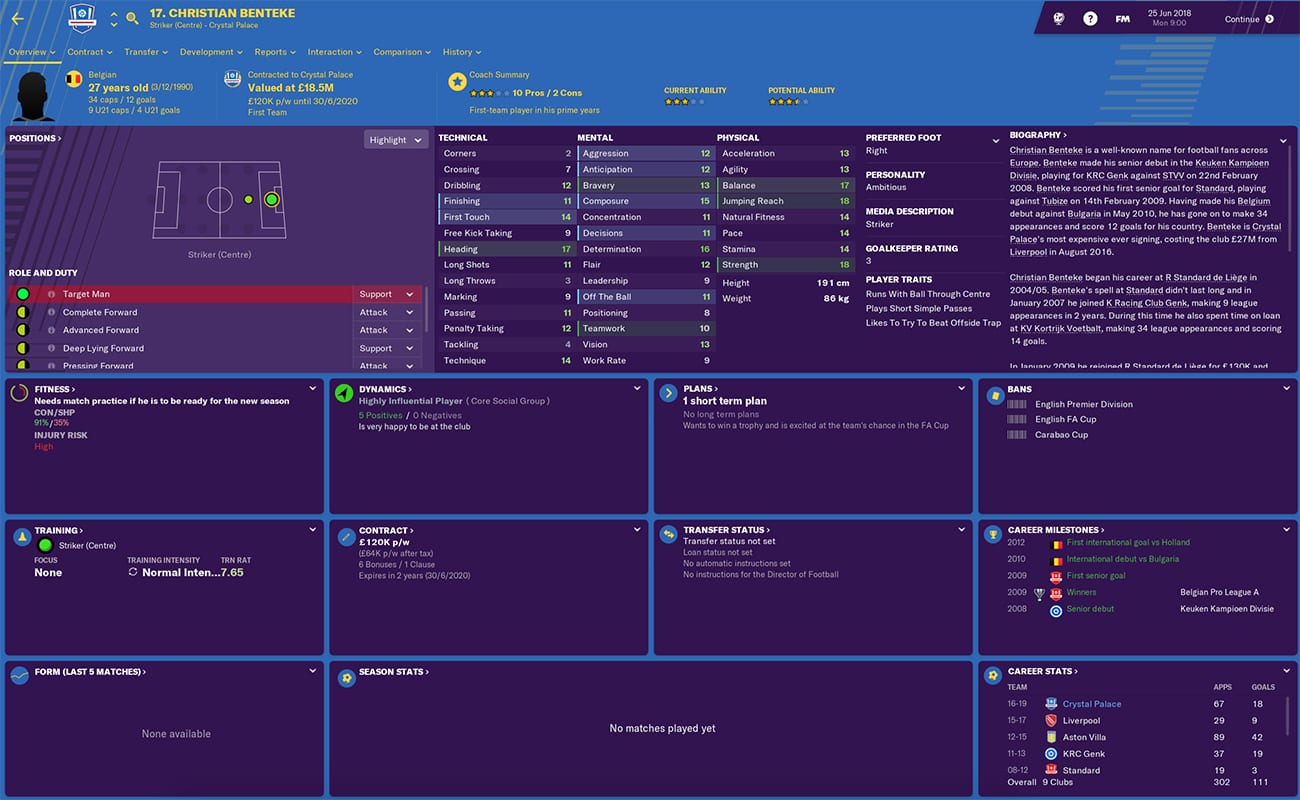 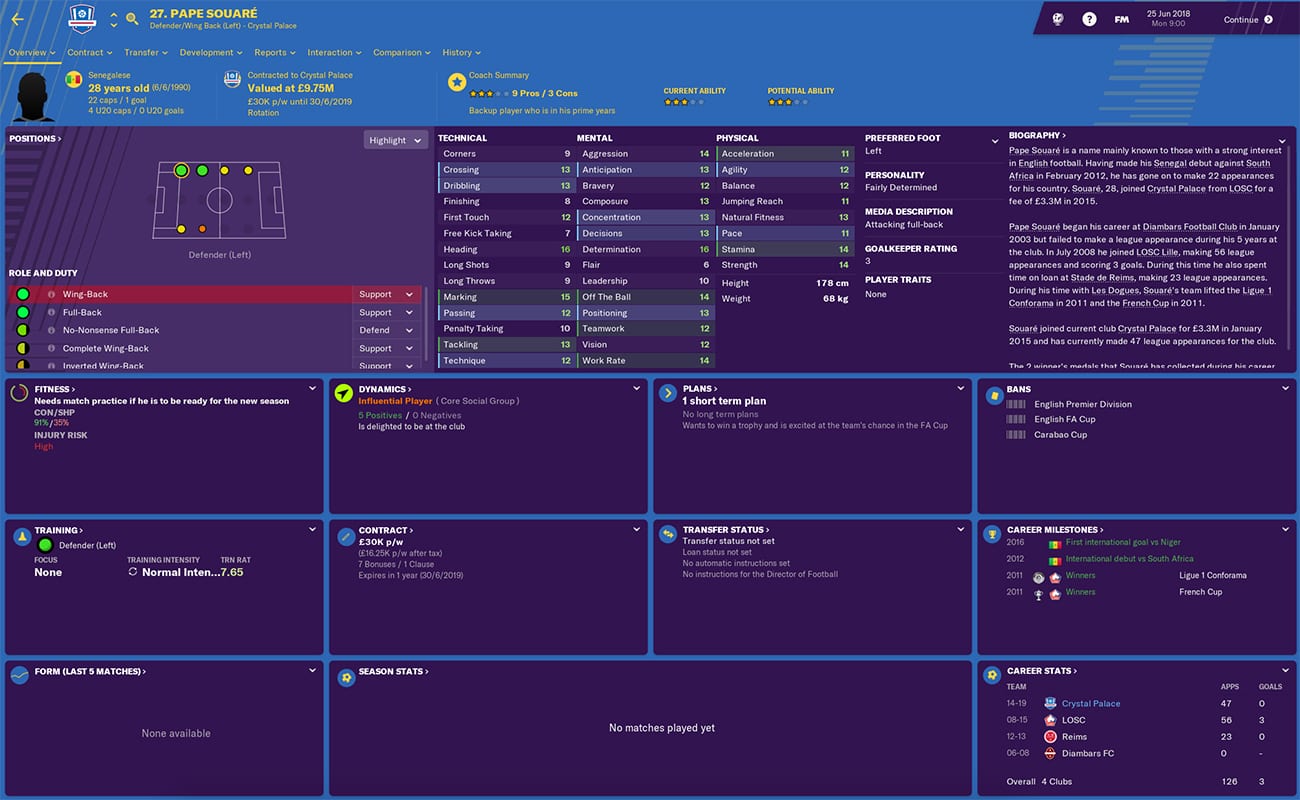