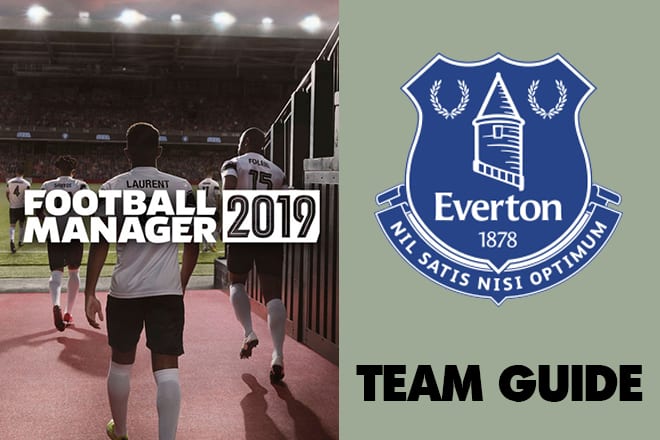 Football Manager 2019 Everton – The Toffees have spent a lot in past seasons, spending over £40m on the likes of Richarlison and Gylfi Sigurdsson and least £25m on the likes of Yerry Mina and Cenk Tosun.

On top of that, they’ve made a astute loan swoop in borrowing the services Andre Gomes from Barcelona and scooped Bernard up on a free transfer ahead of the 2018/19 campaign. Everton’s squad is solid, but is it enough to break the top four? With a budget of less than £5m, that certainly won’t be an easy feat, considering there are already six teams vying those same limited Champions League places.

PlugsvilleSport has put together this ultimate FM19 guide for you. We have listed Everton’s starting finances, two key players to build around, two of the best young players and the players you should consider selling if you need to raise funds. 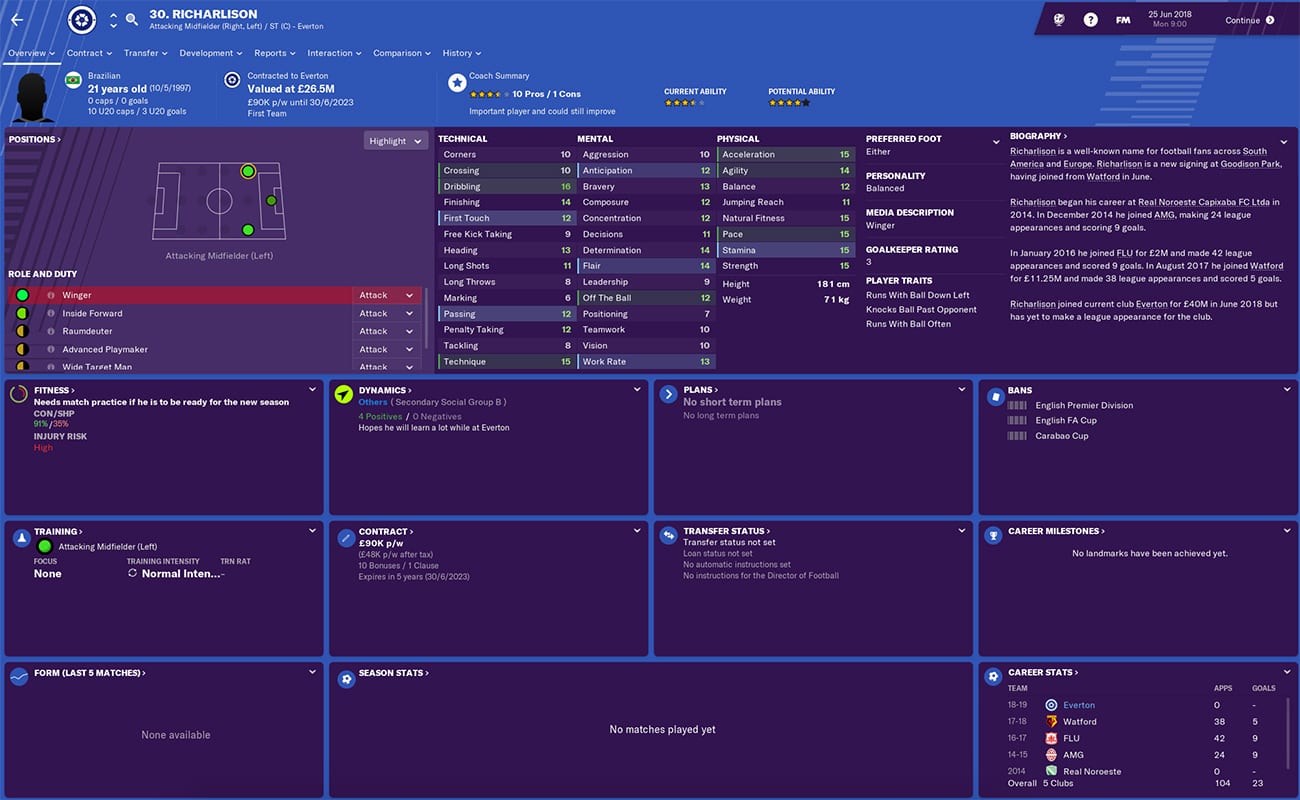 In FM19 terms, Everton struck gold when they broke the bank to sign one of Marco Silva’s trusted lieutenants. The 21-year-old Brazilian carries five-star potential as a devastating goalscoring winger.

He can become the type of player who can be relied on big moments to deliver, and in a worse case scenario, Richarlison should fetch a hefty return in the event that a bigger club forces your hand. 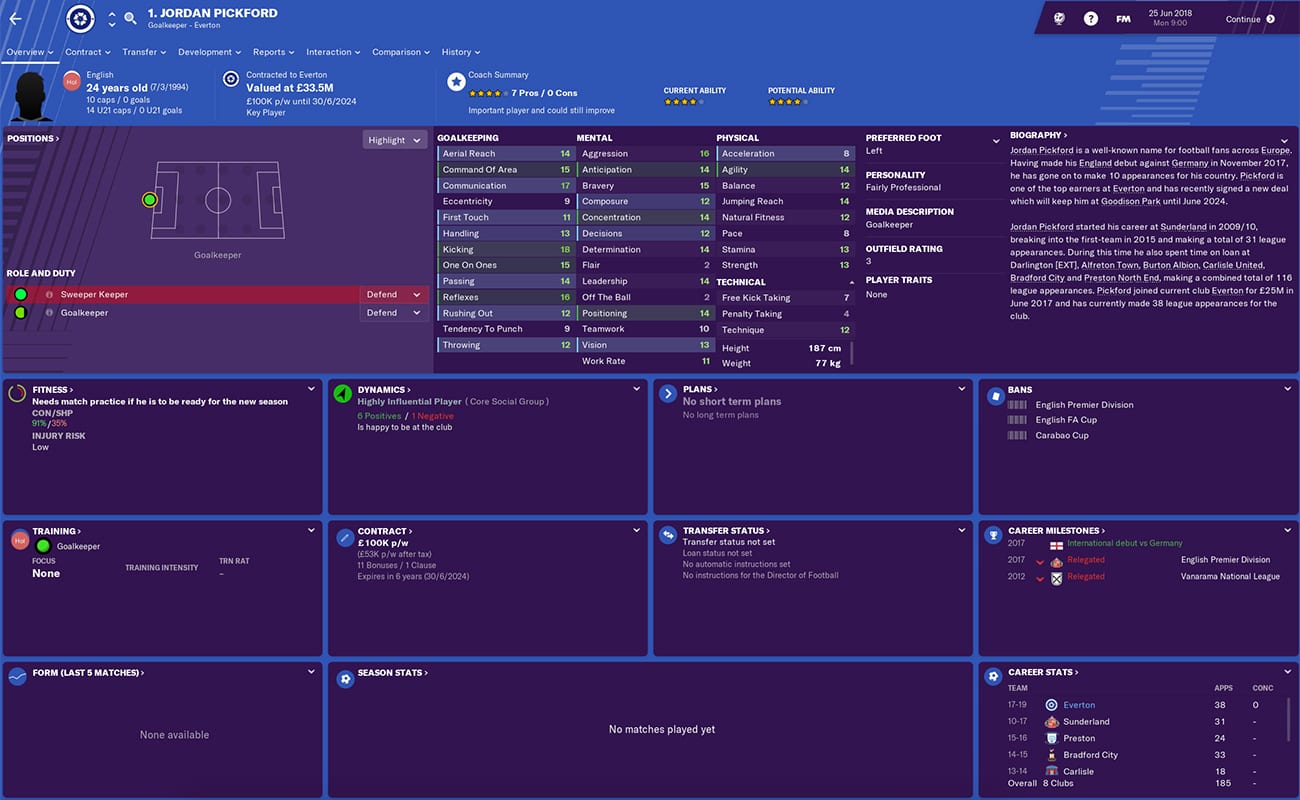 Like Richarlison, England’s number one between the sticks is another target for big clubs should you fail to bring European football to Goodison Park.

Whilst he is still on the roster, he remains one of the Premier League’s best keepers, so you needn’t worry about Pickford making too many mistakes (unless Divock Origi is nearby). 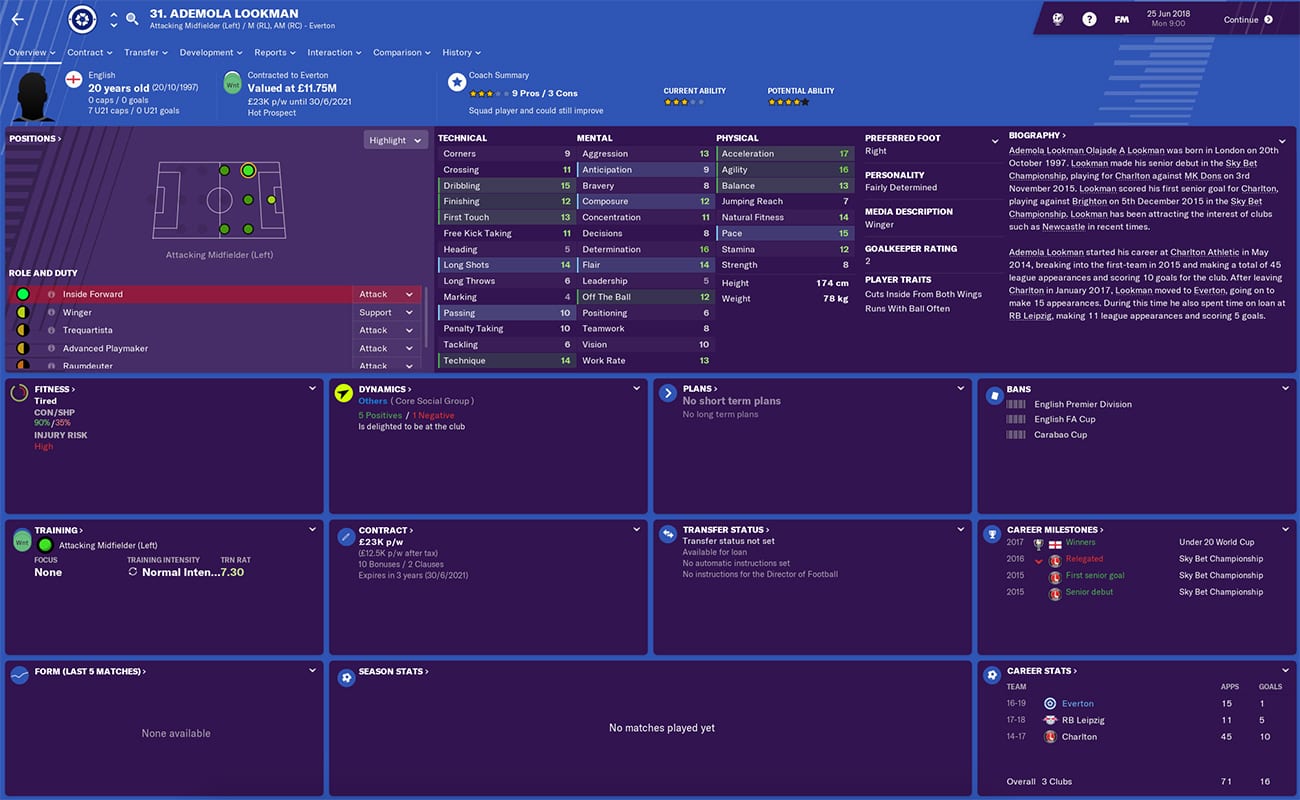 Lookman is one of seven players on Everton’s books who begin FM19 with five-star potential, but of that crop, the Charlton youth product may be the best of the bunch.

Having already impressed during a on loan spell at RB Leipzig in the Bundesliga last campaign, it would be wise to offer Lookman as much first-team football as you can. If you can’t find room for him in the first-team, a loan move another Premier League side could be hugely beneficial. 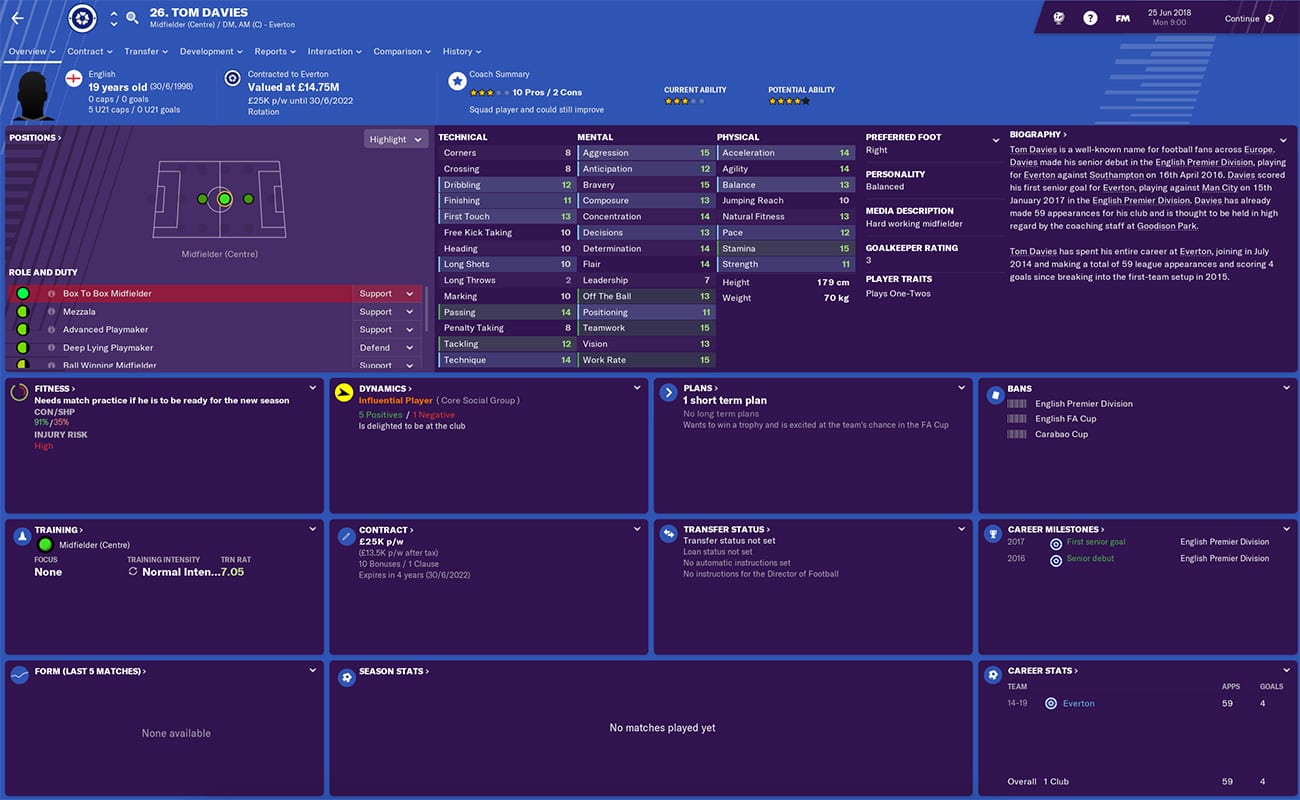 Not too many centre midfielders can say they’ve made 50 Premier League appearances before they turned 20. Davies is already a known commodity, at least in the eyes of the Everton faithful, but has the potential to become a leading midfielder in England.

Davies is one of the most first-team ready players of any of the books, so it’s paramount that he sees enough game time in order for him to develop fully. 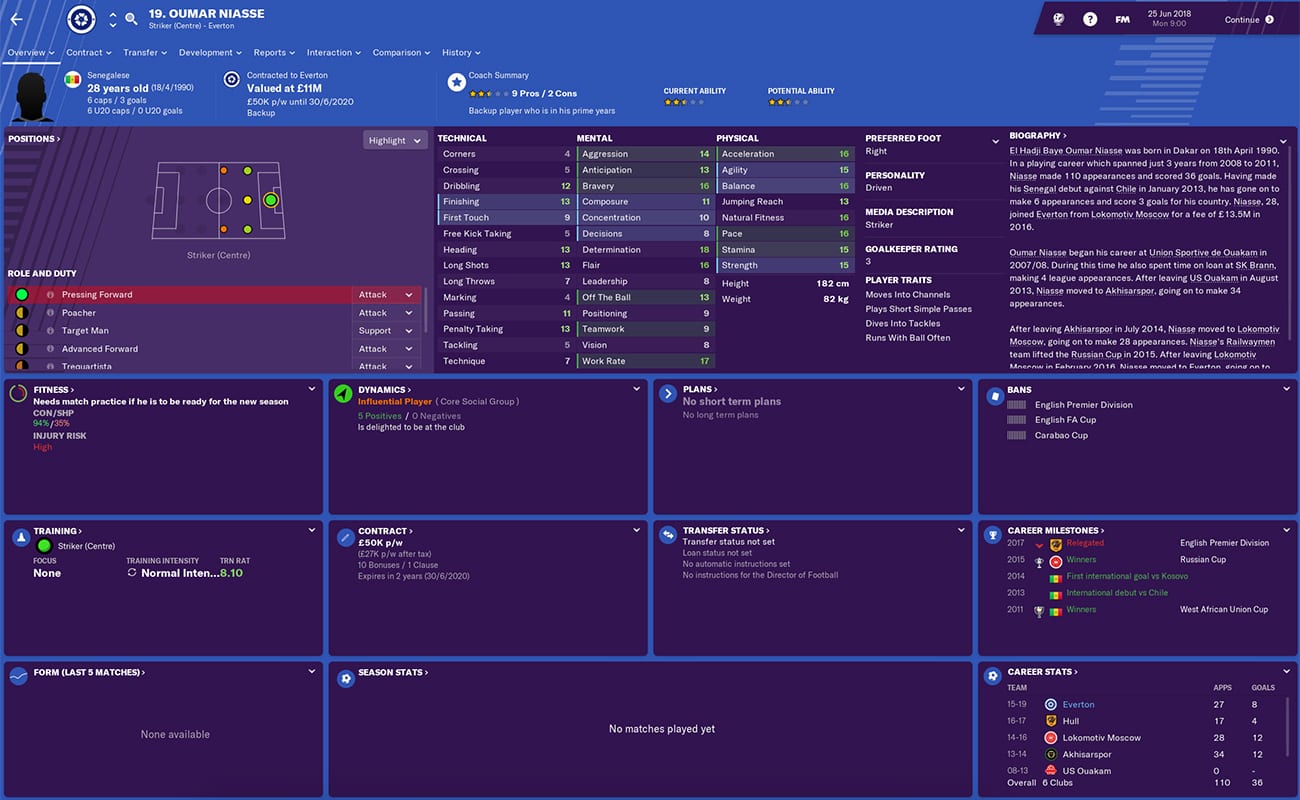 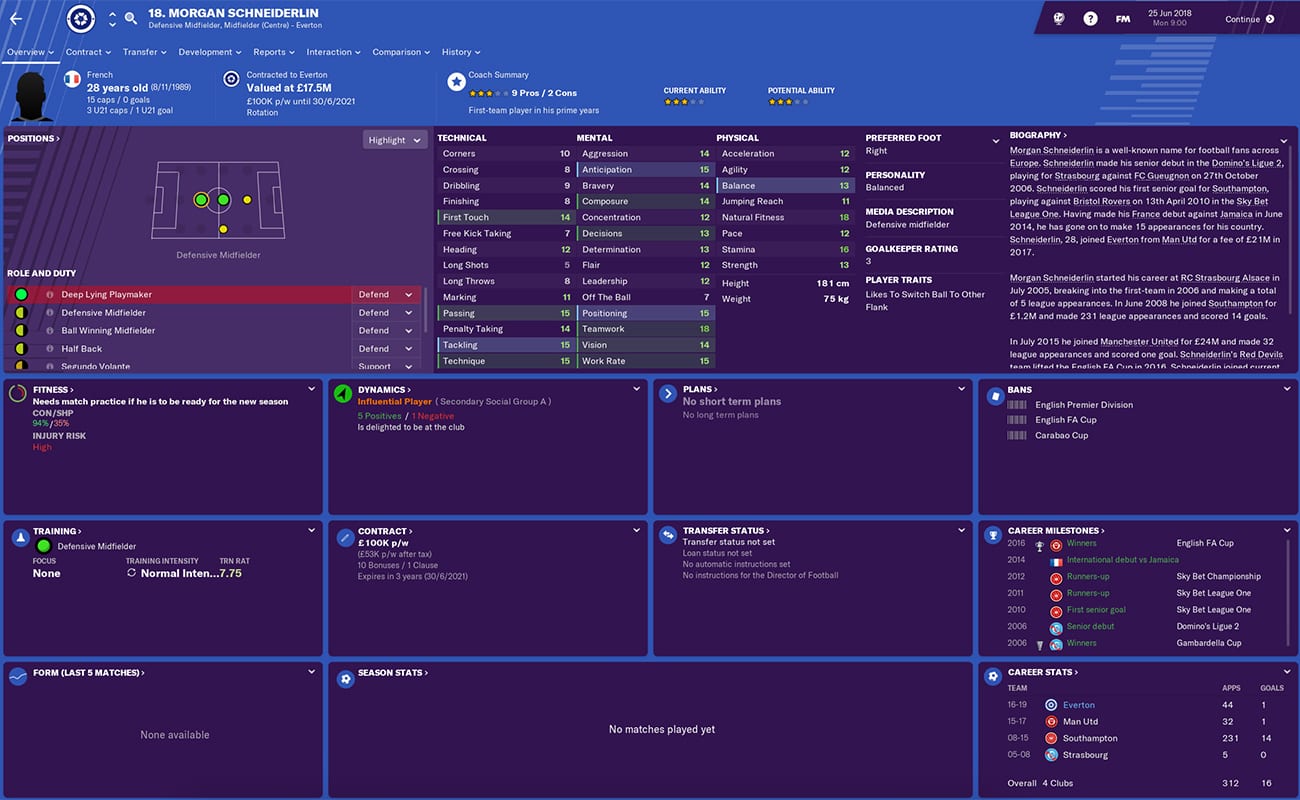