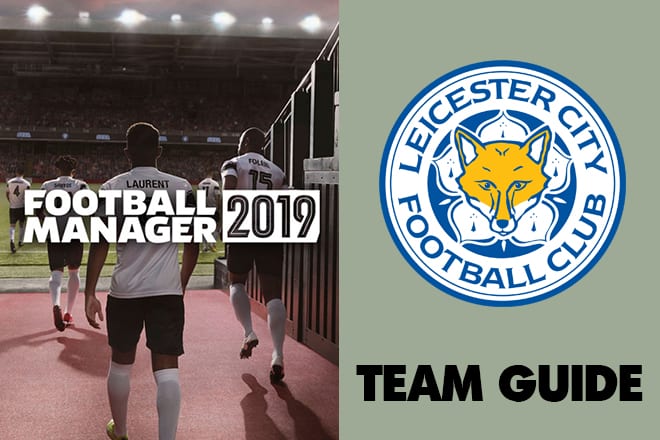 Football Manager 2019 Leicester – The Foxes aren’t too far removed from one of, if not the greatest-ever triumph in the history of football. A team with odds of 5000/1 at the start of the season ending up winning the Premier League.

While key cogs N’Golo Kante, Danny Drinkwater (both Chelsea) and Riyad Mahrez (Man City) have moved on to pastures new, Jamie Vardy still resides in the Midlands, while players like Harry Maguire, James Maddison, Ben Chilwell and Kasper Schmeichel also offer hope in the hunt for a Europa League spot.

PlugsvilleSport has put together this ultimate FM19 guide for you. We have listed Leicester’s starting finances, two key players to build around, two of the best young players and the players you should consider selling if you need to raise funds. 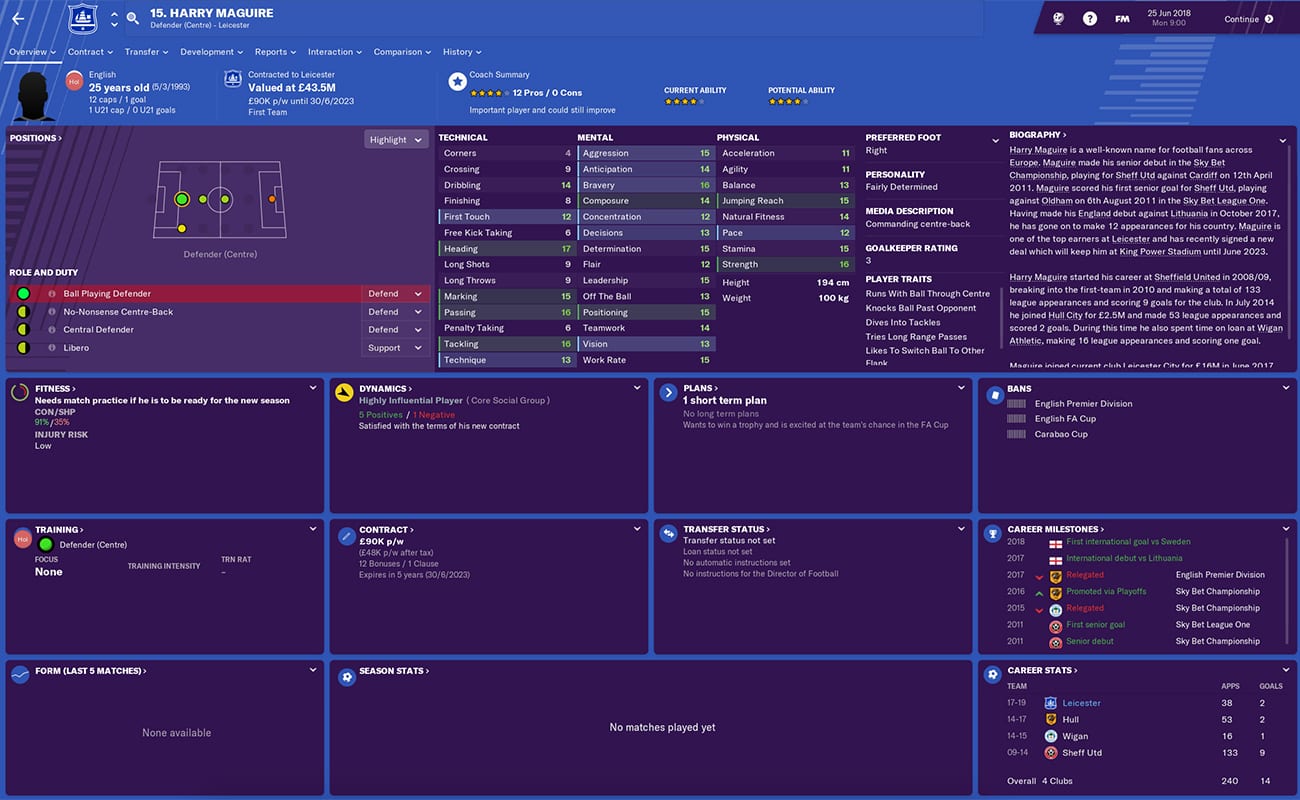 If the recently-departed Jose Mourinho had his way in the summer of 2018, Maguire could well be plying his trade at Old Trafford, but a supposed £60m+ transfer never came to fruition.

The Sheffield United youth product reached a cult-level of status following his goal in the World Cup quarter-final against Sweden and remains one of England’s better centre halves. And at 25, he has plenty of strong years ahead of him. 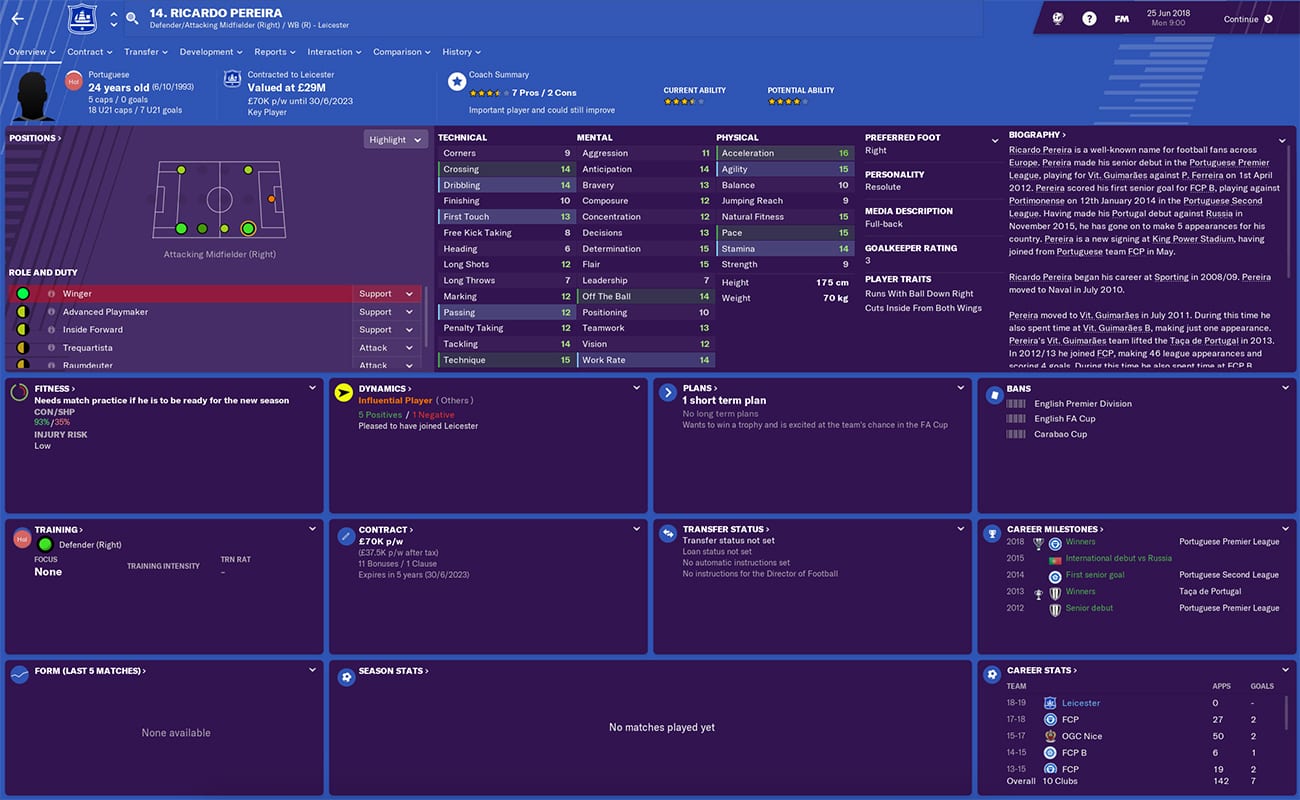 Jamie Vardy omission from this list is tied more to his age than anything else. At 31, he can’t be relied on beyond the next few seasons, meaning he doesn’t qualify for the category of building block here. Taking his place former Porto full-back Pereiera, an extremely solid defender across the board.

The Portuguese right-back offers stability and an attacking threat down the right and often emerges as one of the Premier League’s most consistent right backs in FM19, a feat made even more impressive considering Pereira is still just 24.

Maddison arrived in the Premier League as one of the best prospects outside of England’s top tier. The attacking midfielder enjoyed his finest year last year at Norwich, registering 14 goals and 8 assists in 44 games in 2017-18, including plenty of wonder strikes and the odd hat-trick.

21-year-old James Maddison can definitely be considered as a young player worth building around and someone who could realistically expect to start for England in FM19 for many years to come. 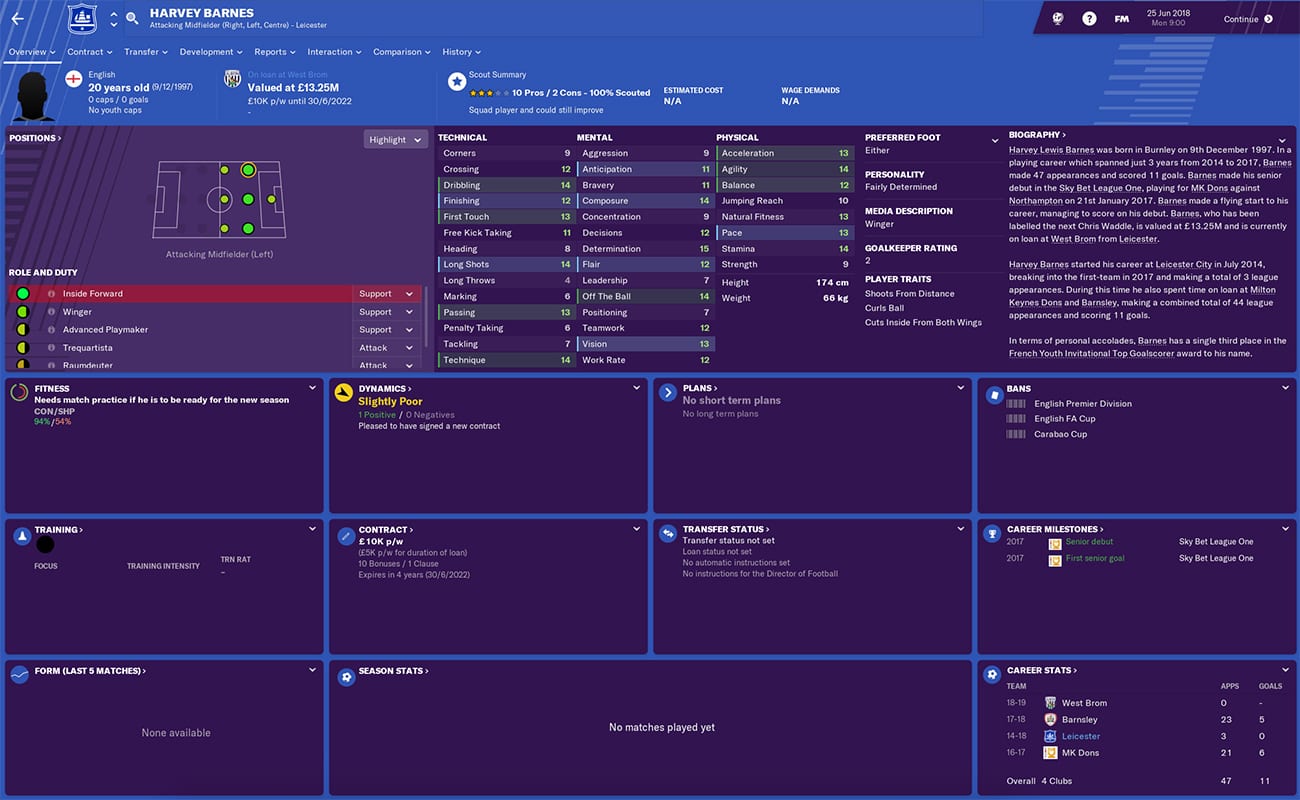 In real life, he has 8 goals and 6 assists before Christmas for West Brom, so if his time with the Baggies is nearly as productive on FM19, Barnes looks like he will be a strong addition to your first team for the 2019-20 campaign. 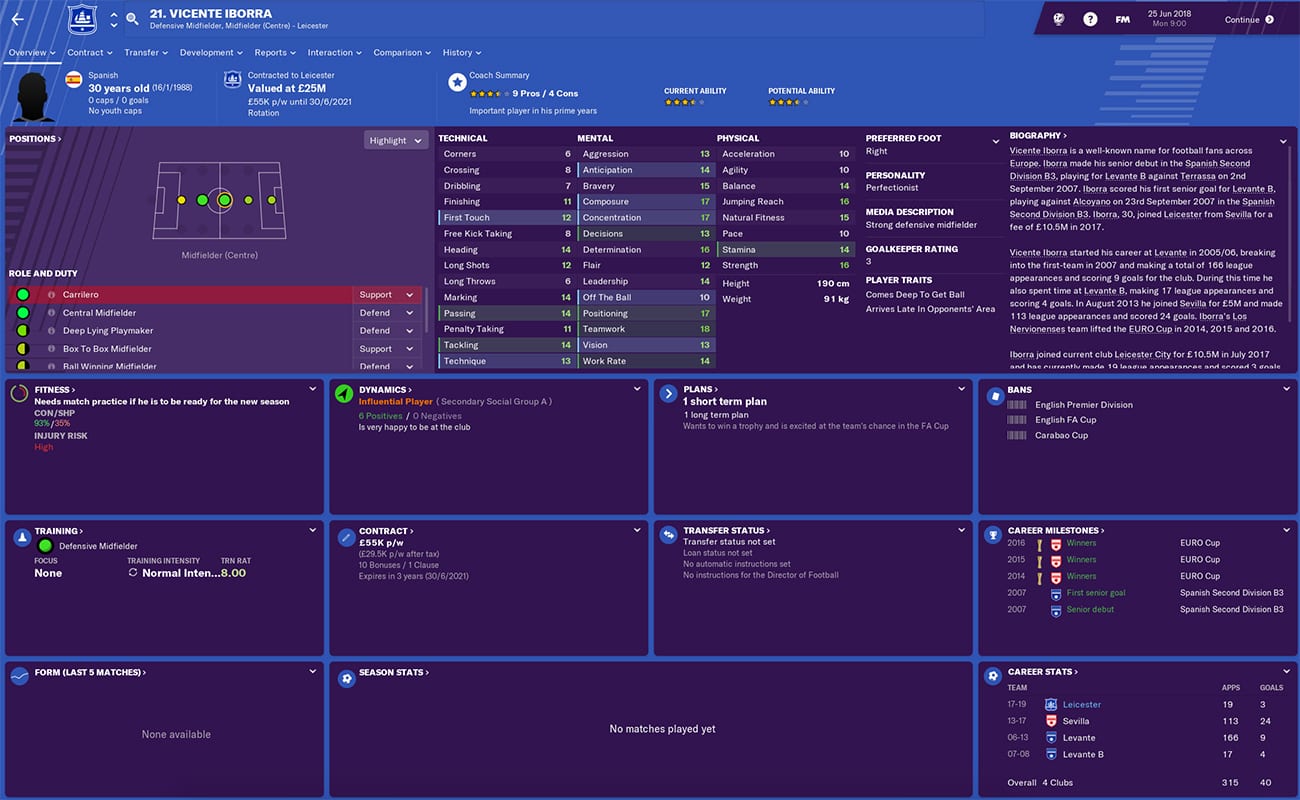 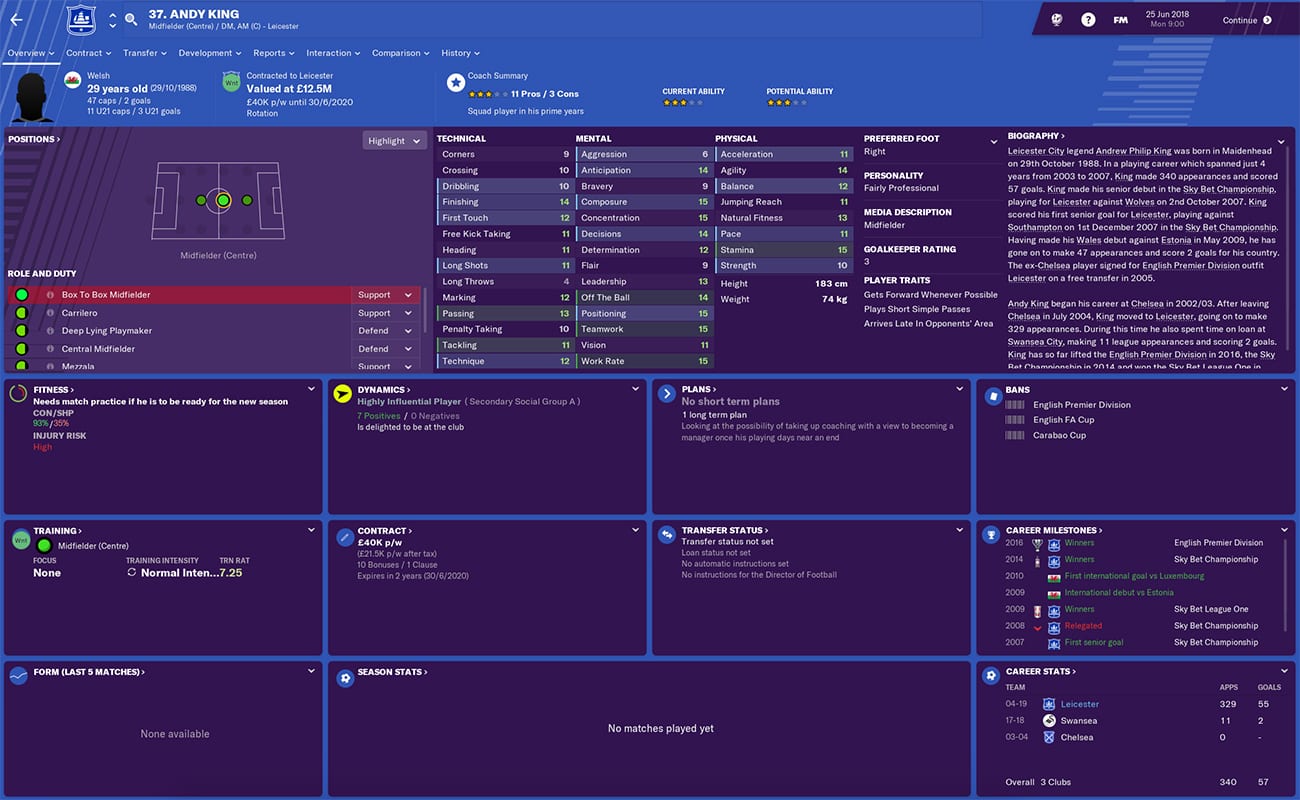