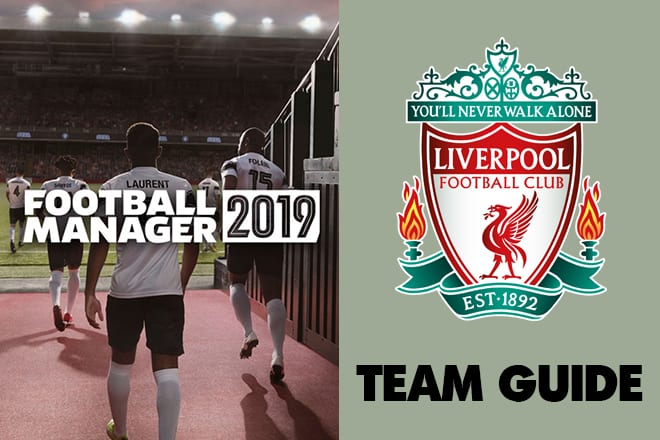 Football Manager 2019 Liverpool – Liverpool were on the brink of winning the Champions League last season but faltered in the final against Real Madrid.

Heading into 2018/19, the expectations are to challenge on all fronts once again. However, dethroning the beast that is Manchester City, is no easy feat, while going the distance in Europe is no walk in the park either. The Reds already have a solid squad and a decent chunk of money to spend on any reinforcements you deem necessary.

PlugsvilleSport has put together this ultimate FM19 guide for you. We have listed Liverpool’s starting finances, two key players to build around, two of the best young players and the players you should consider selling if you need to raise funds. 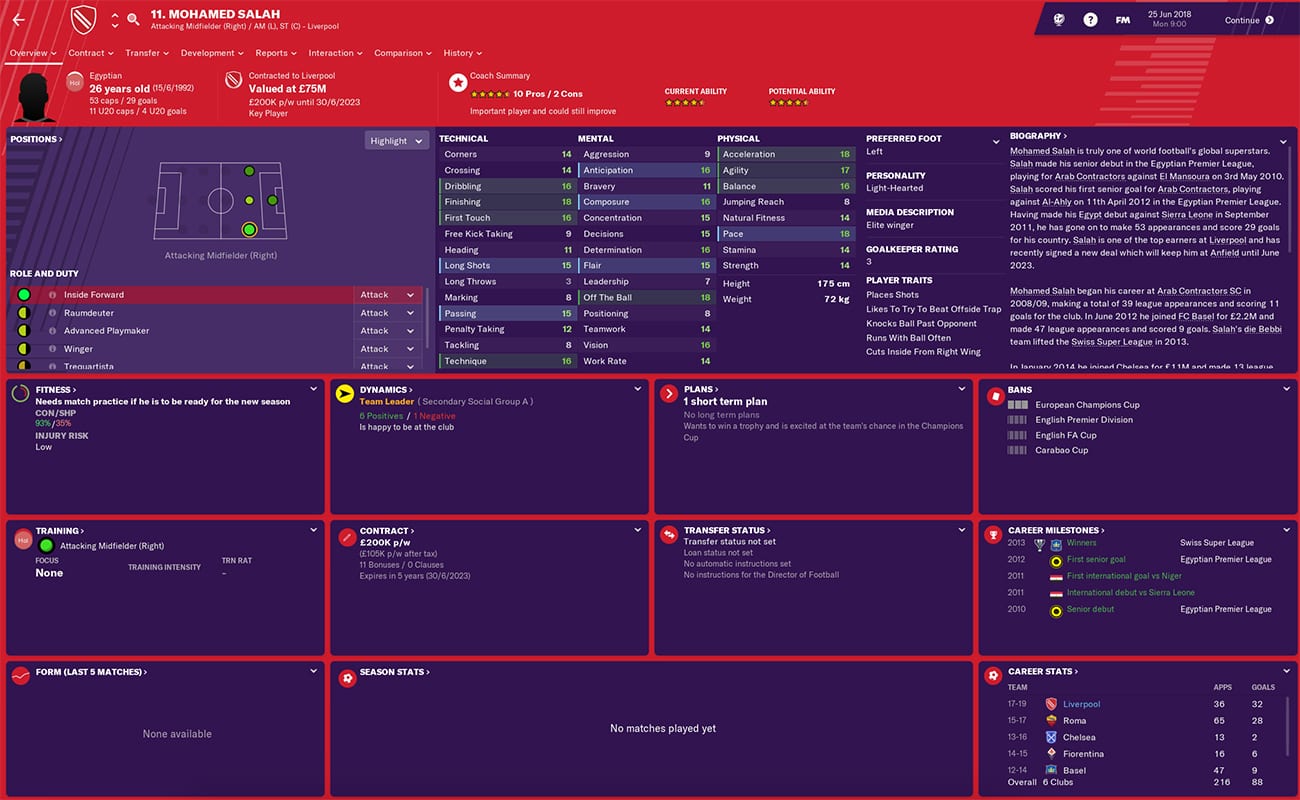 The ‘Egyptian King’ won over 30 individual accolades last season but no team prize will surely irk. With a record-breaking first season at Anfield under his belt, the expectations to deliver in his sophomore campaign are higher than ever.

Salah is well-equipped to deliver on the lofty promises you demand of him. He is a goal machine enjoying his very best years. Put simply, there’s no reason to sell him, even if Europe’s elite do come knocking. 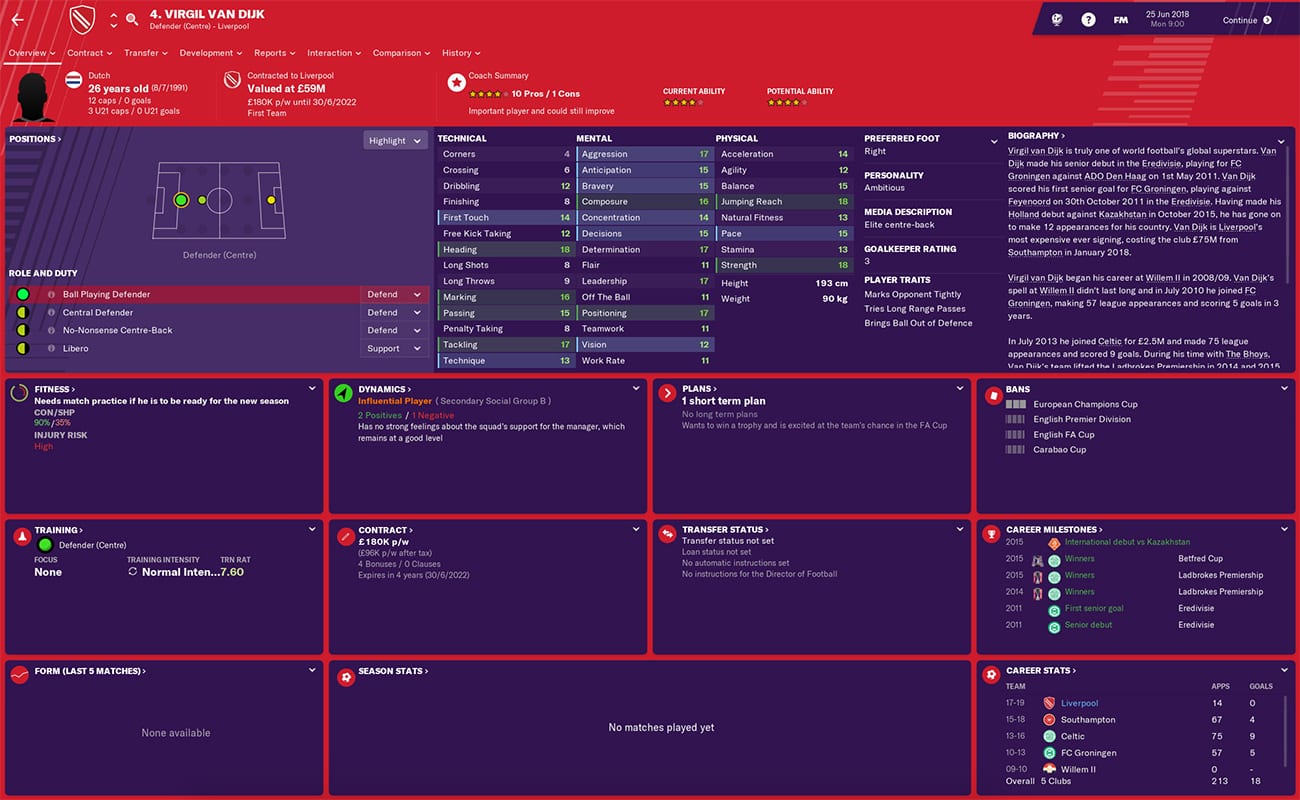 There are few better central defenders on the game in FM19 than the £75m man Liverpool signed from Southampton in late December 2017. Technically, he is excellent, capable of playing from out the back while he is also an astute defender with stand-out athletic ability.

All of the above suggests the 26-year-old can be a long-term component of a successful Liverpool side for years to come. 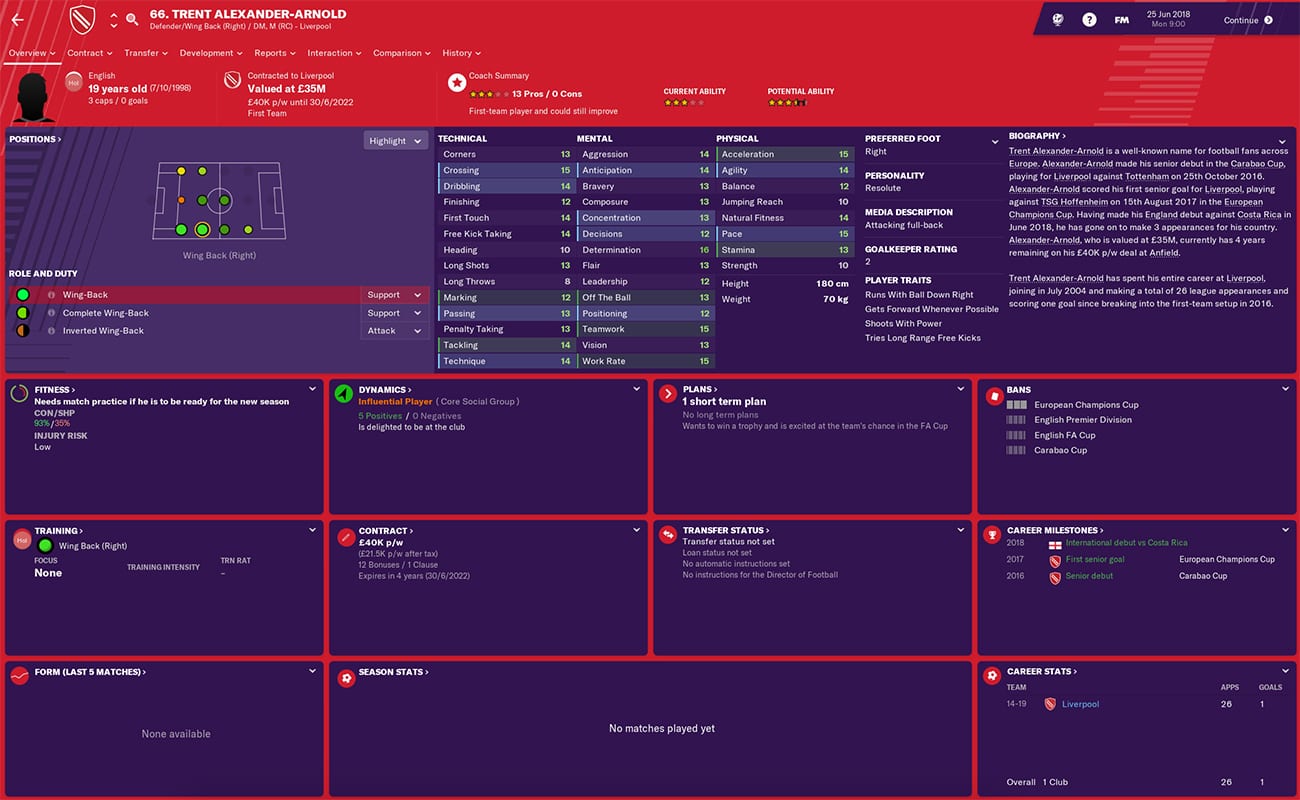 Teenage sensation Alexander-Arnold is a World Cup semi-finalist and Champions League finalist, all before he turned 20. He has all the attributes needed to become a brilliant forward-thinking full-back.

Liverpool’s coaches rate him as having four-and-a-half star potential, which should be realised. He is good enough to start for the first team and will only continue to improve, while he can also be trusted with some set-piece duties too. 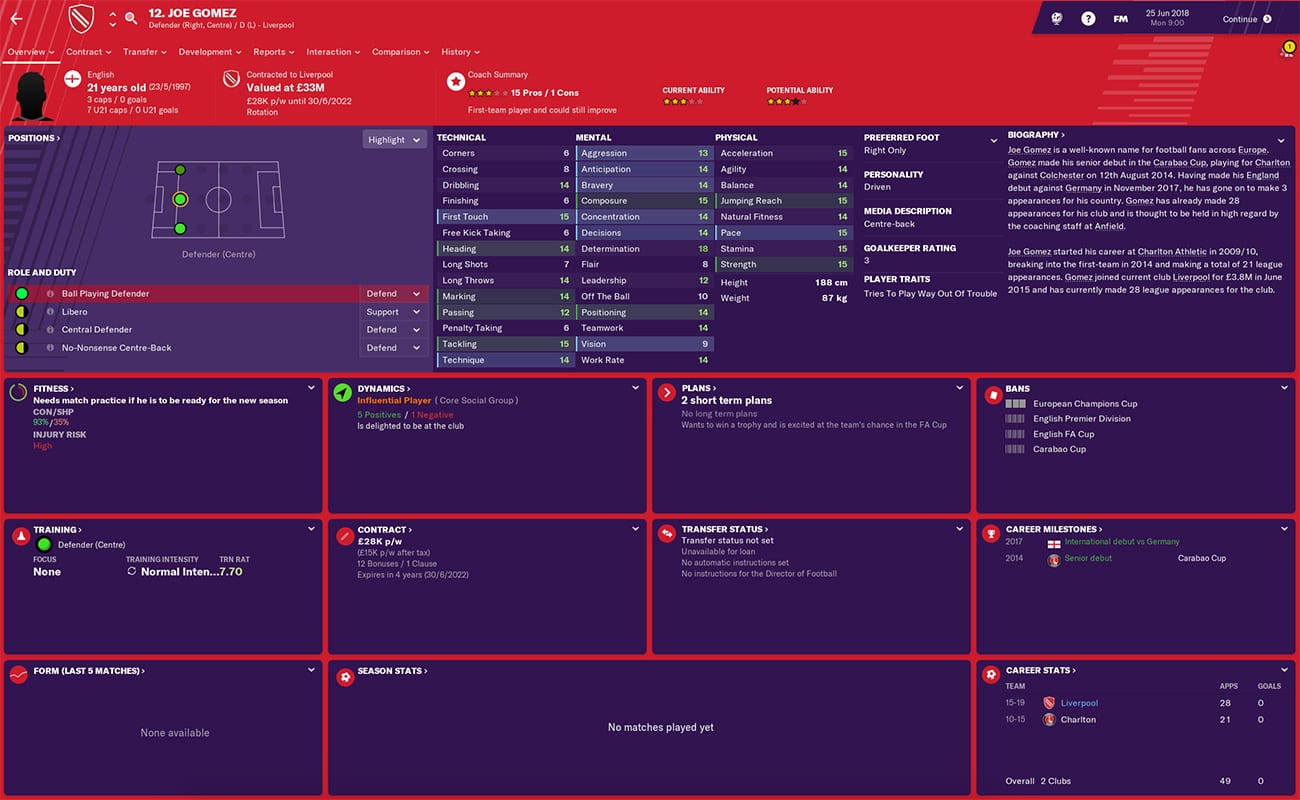 Don’t be fooled by the fact that he is ‘only’ rated as having four-star potential. Gomez is one of those players who will perform admirably while flying under the radar, making him a tidy compliment to Van Dijk at the back.

In real life, Gomez is excelling as one of England’s very best defenders. And you can expect that return sort of return from the athletic Charlton youth product on FM19 for a good few years. 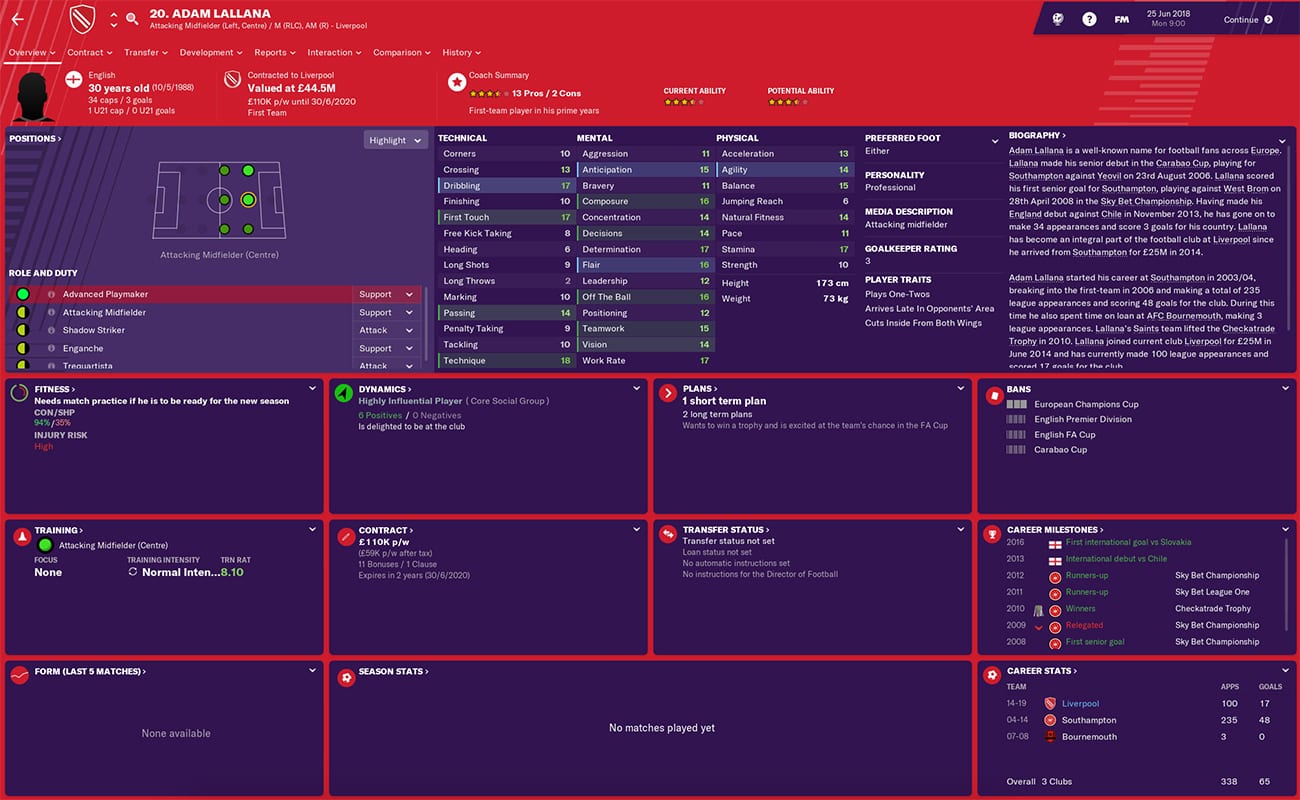 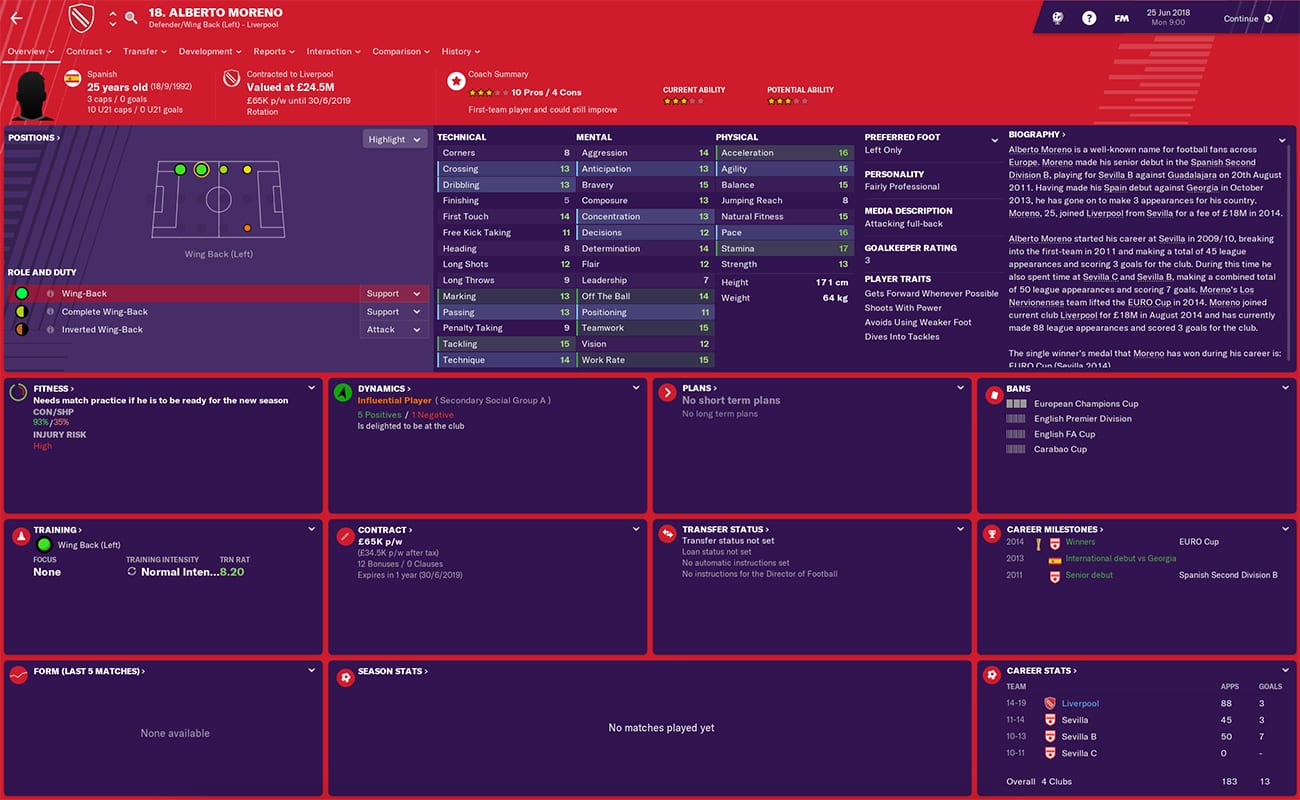 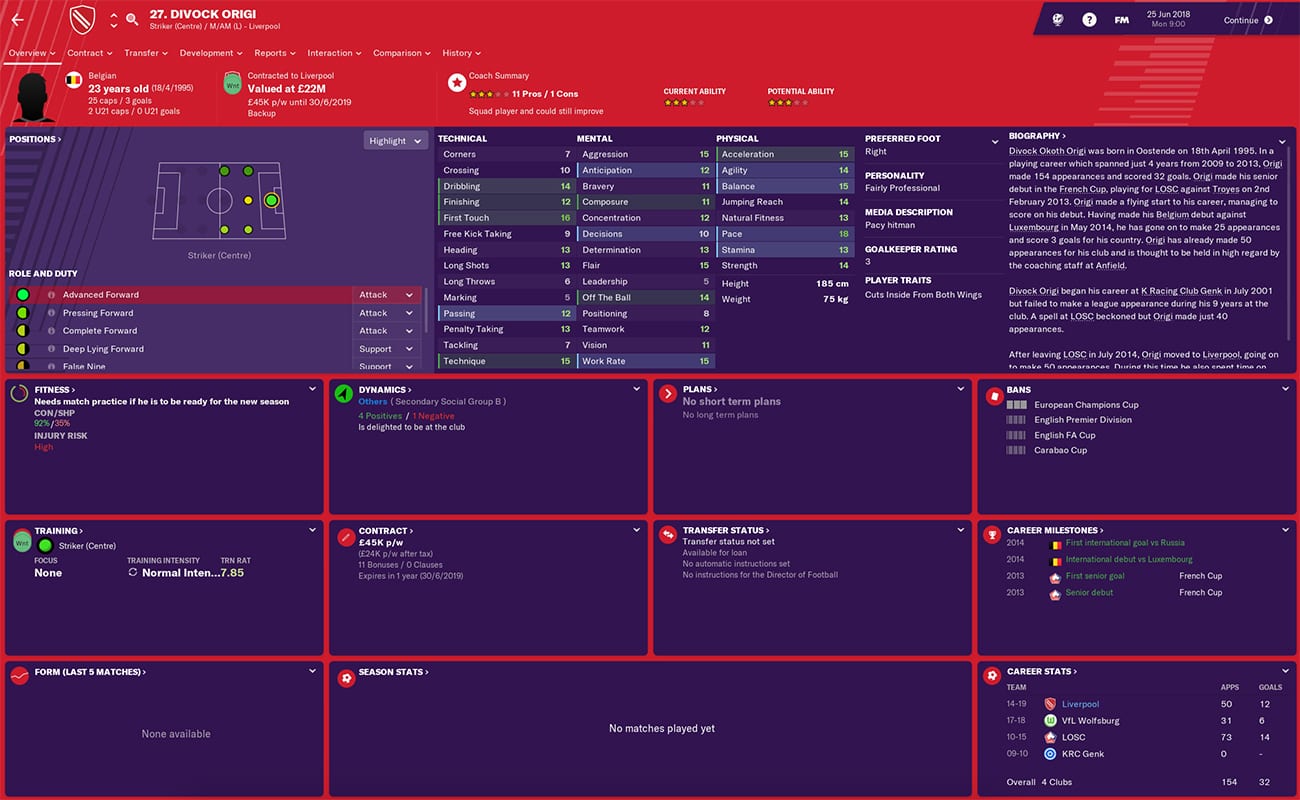