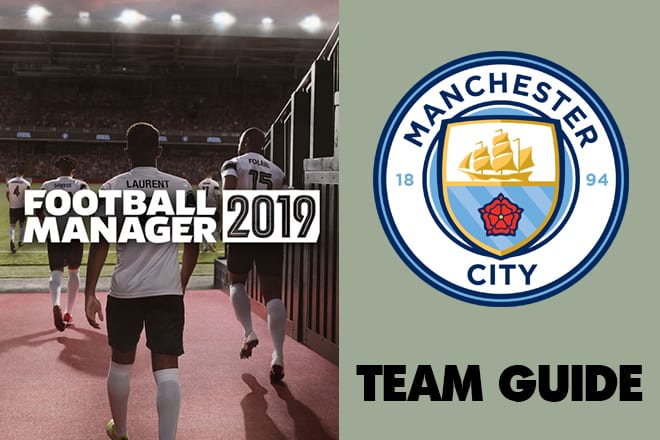 Football Manager 2019 Manchester City – How do you improve a team that broke every Premier League record under the sun?

Winning the title by 19 points was a stroll in the park for the blue side of Manchester. To make matters worse for the other 19 teams, City went out and signed Riyad Mahrez in a £60m deal from Leicester this summer, while they also have over £50m to spend on FM19.

Domestically, they are a powerhouse. On the European stage? Less so. Their best return was a semi-final appearance in Manuel Pellegrini’s final season. If you can deliver their first Champions League success, you’ll become a legend. If you only manage to win the league, you’ll become ‘just’ another Man City manager.

PlugsvilleSport has put together this ultimate FM19 guide for you. We have listed Manchester City’s starting finances, two key players to build around, two of the best young players and the players you should consider selling if you need to raise funds. 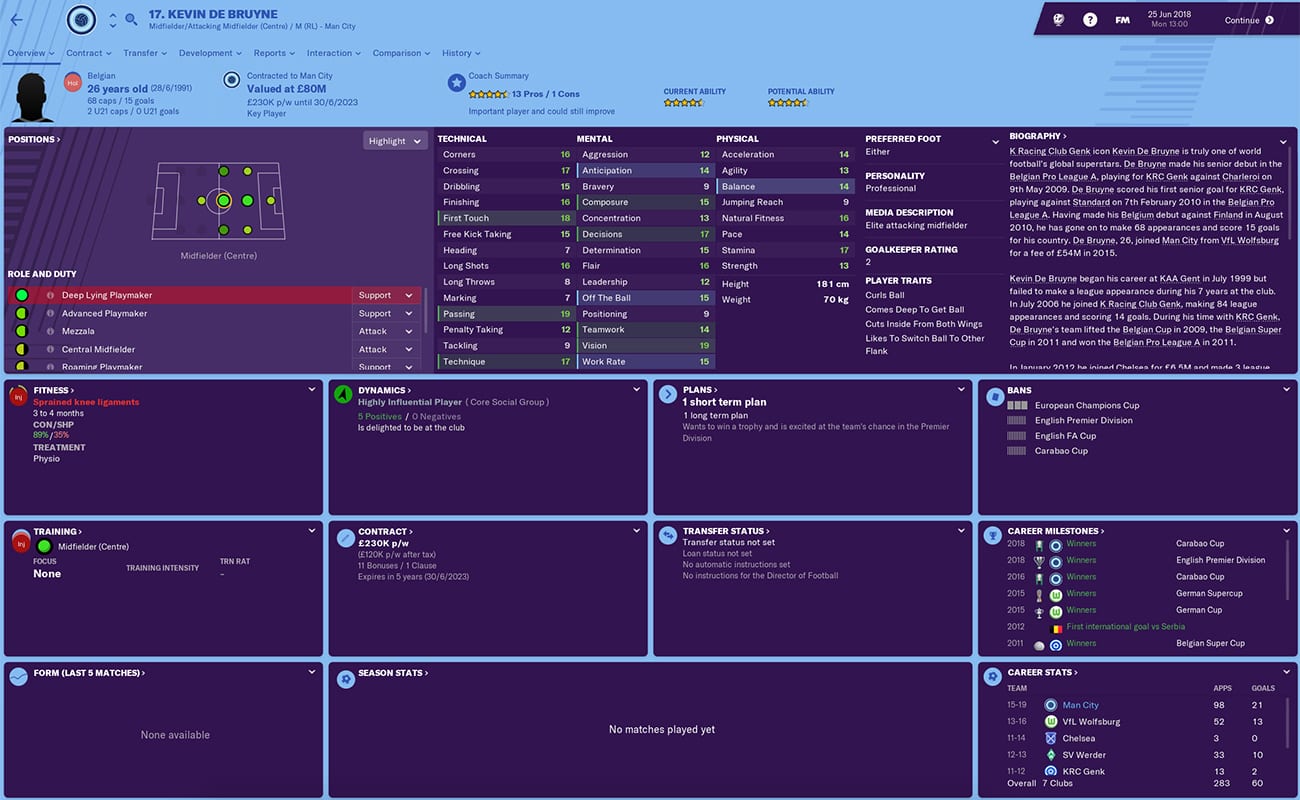 Arguably the best at his position in the entire world, De Bruyne is the ultimate playmaking central midfielder.

The one caveat here is that he is slightly injury-prone and begins the season with at least three months on the sideline. But when fit, the dynamic Belgian chance-creator is an incredible chance creator who can score from anywhere. His set-pieces are excellent too. 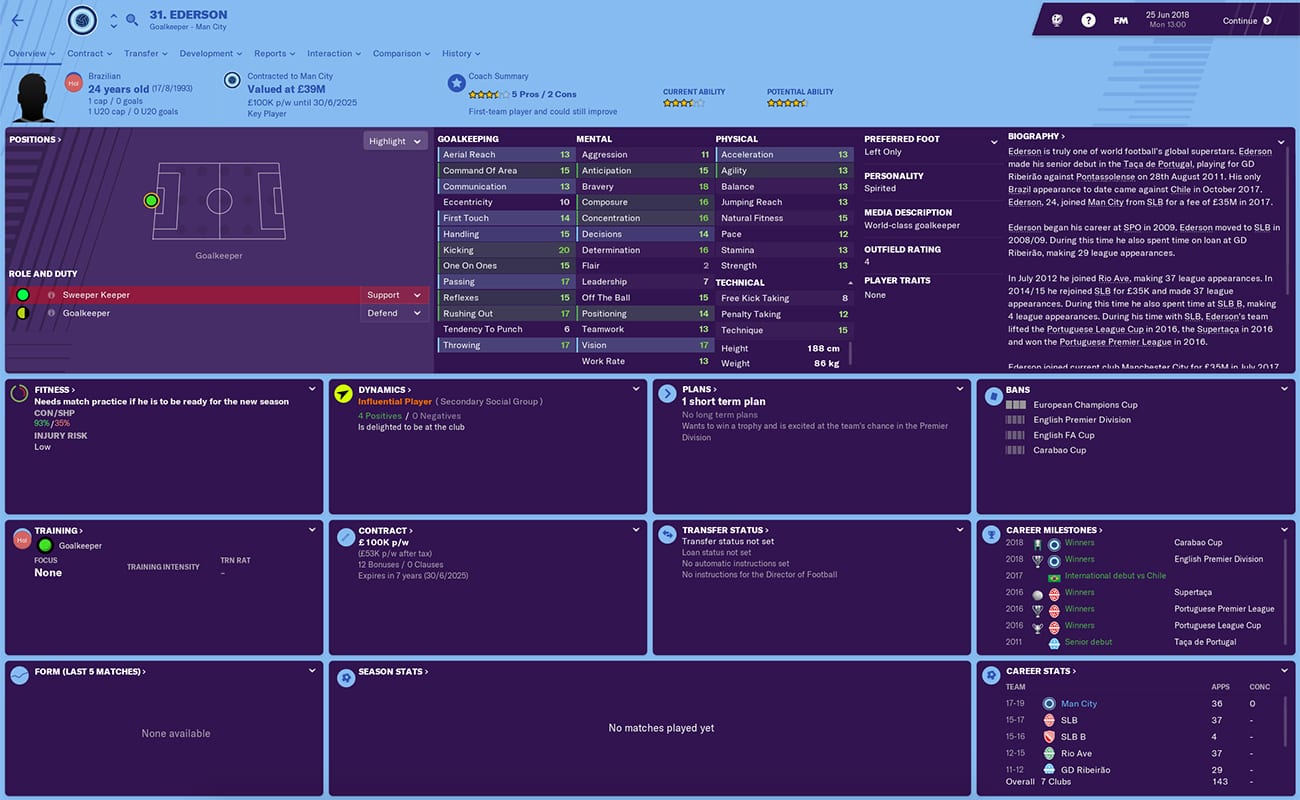 All of Manchester City’s attacks begin from the back and that starts with Ederson. If your brand of football involves a sweeper keeper, there really is no need to ever dispense of the Brazilian shot-stopper.

At 24, he could have at least a decade of top-level football ahead of him. Statistically, he is stacked the brim, excelling with top-level passing stats while also knowing how to stay calm under pressure. For good measure, Sergio Aguero would’ve held this slot, but the 30-year-old only has a contract for three more seasons, meaning Ederson edges him out for longevity. 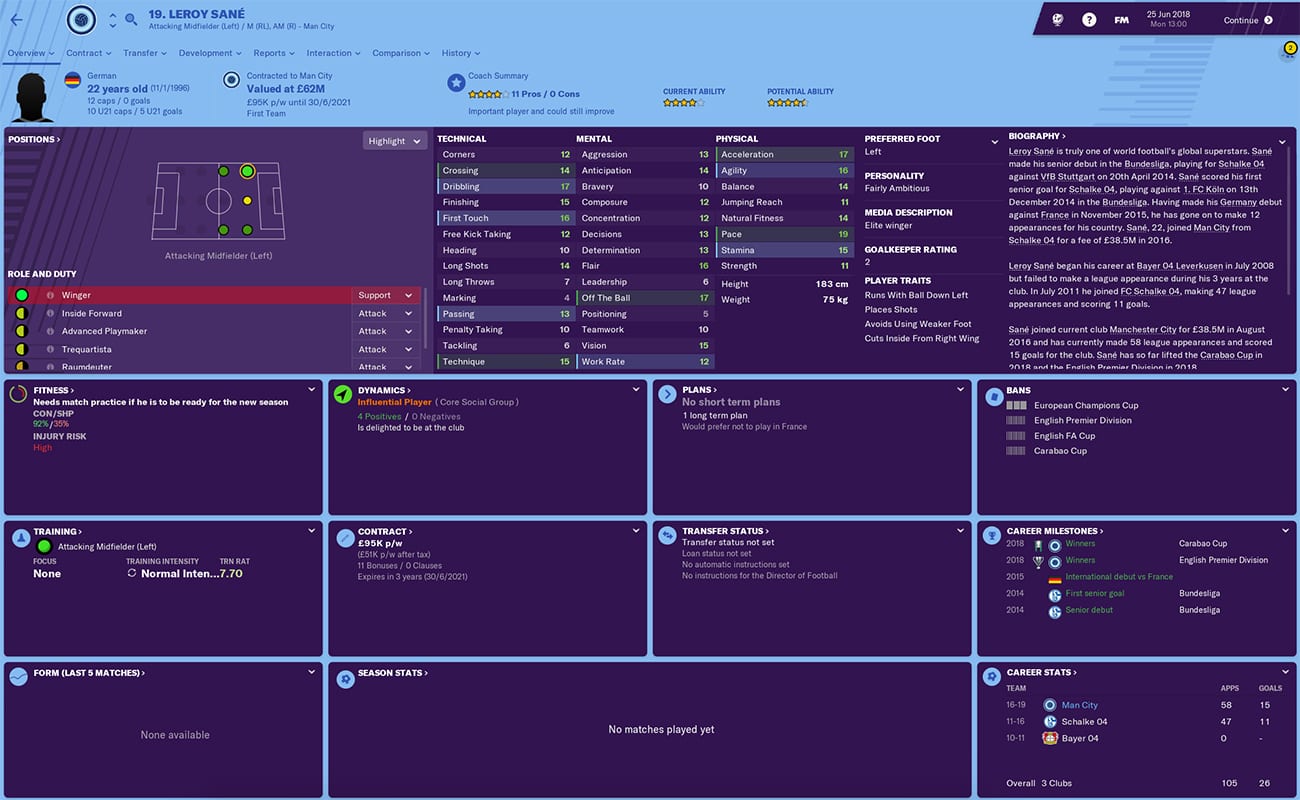 At 22 years old, Leroy Sane may not qualify as a ‘young’ player to some, but we’re not about to call him ‘old’ either, hence us squeezing him into this list. The facts are, he is one of the best players under 23 in FM19 with at least a decade of dominance ahead of him.

The 2017/18 PFA Young Player of the Year was sensational last season, displaying blistering pace, an ability to get into the right areas and managed to score and assist a ton of goals. The best part? He can still get better. 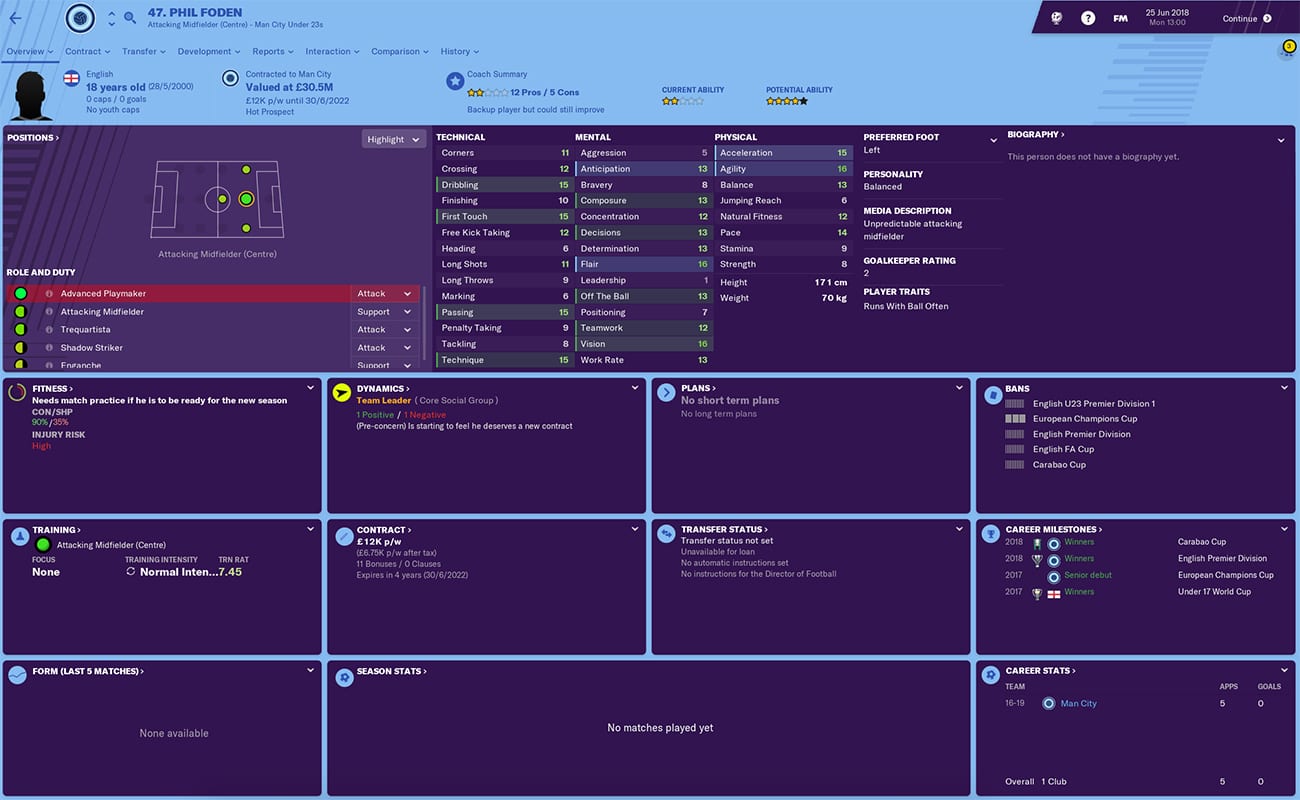 With only a handful of club appearances and an England U17 World Cup winner’s medal under his belt at just 17, the future is bright for Foden, who begins the game with a staggering valuation of £30.5m.

The tricky part is finding a space for him in your team. Manchester City’s standards are sky high, which means very little room for player development or giving homegrown wonderkids a run in the first team. On the other hand, you don’t want to lose a player with five-star potential, especially not one with strong stats for a 17-year-old. 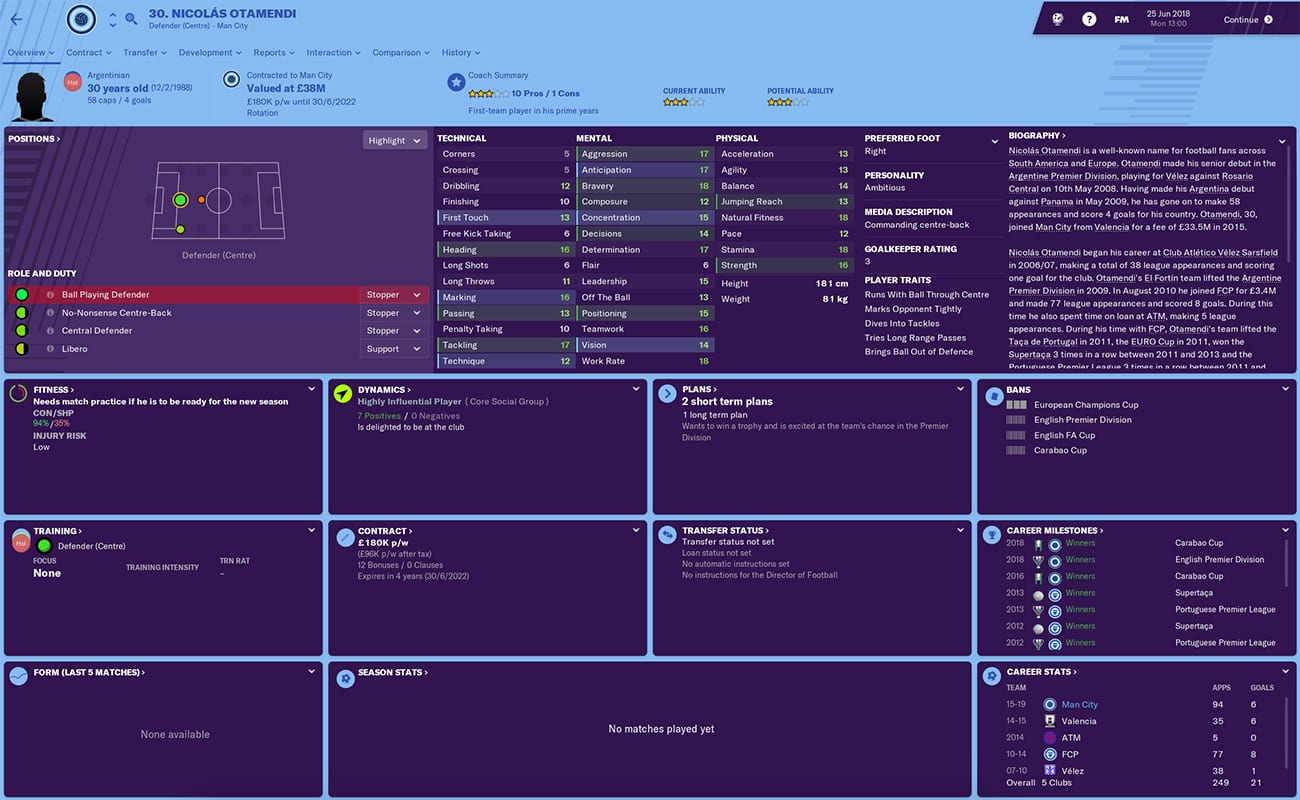 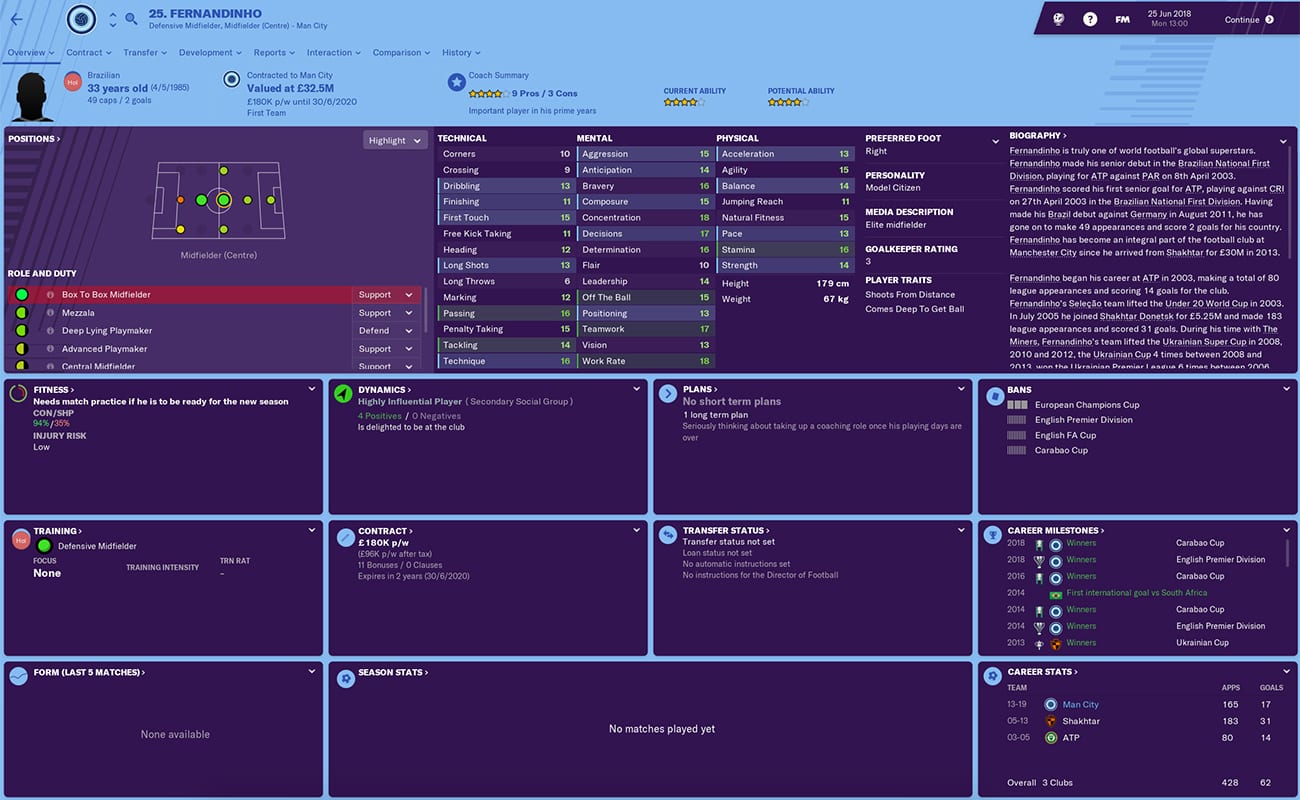