Football Manager 2019 Manchester United – The once-great Red Devils haven’t won a league title since the 2012-13 season or even really come close to challenging.

The fan base have become acclimatised to expecting trophies. Jose Mourinho won three in first season, but none of those included the Premier League or Champions League. See where we’re going with this?

Man United have a huge starting transfer budget in FM19, at least £12m more than any other side with ample room to offer high wages. In theory, winning numerous trophies sounds easy, but nothing is ever won on paper.

PlugsvilleSport has put together this ultimate FM19 guide for you. We have listed Manchester United’s starting finances, two key players to build around, two of the best young players and the players you should consider selling if you need to raise funds. 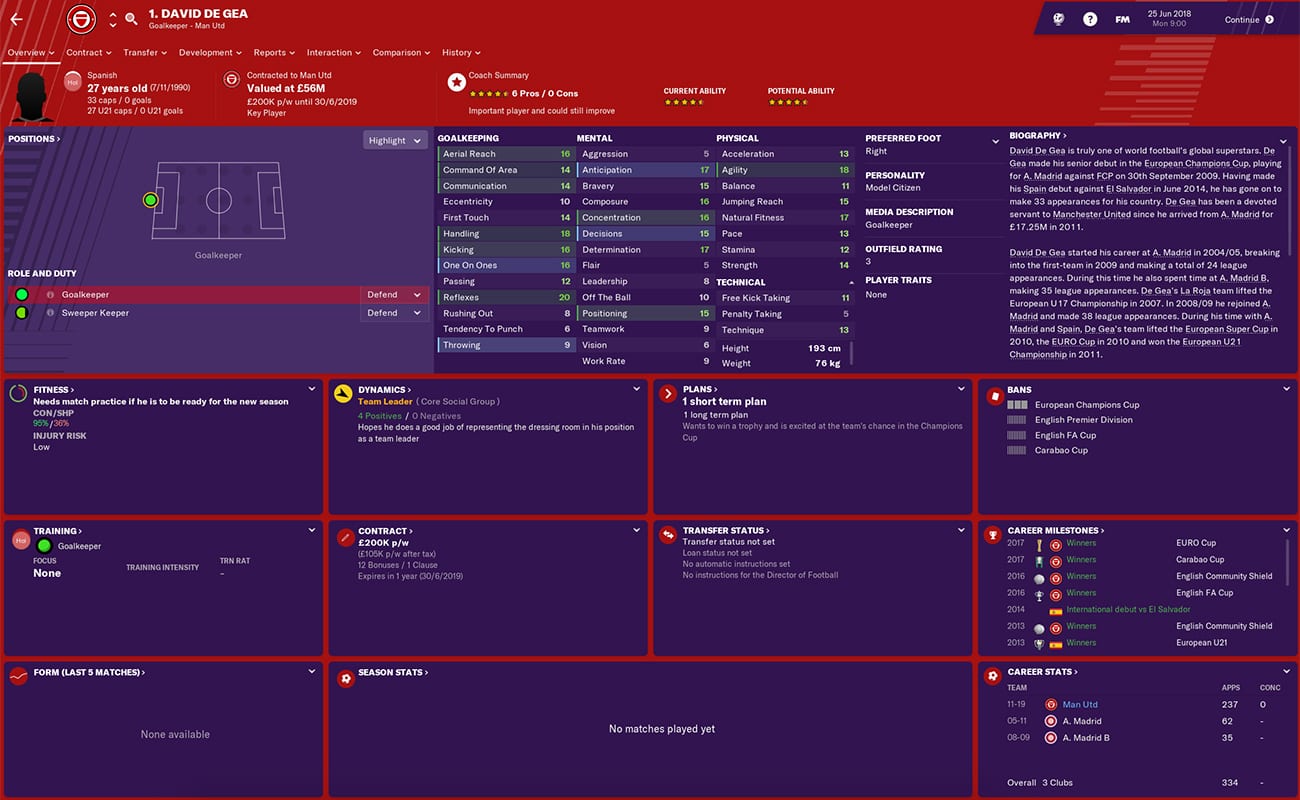 If there’s one player you can’t afford to sell it’s former who Atletico Madrid keeper who but for a faulty fax machine, would be a Real Madrid player.

Man United fans will be praising the heavens a fax mishap kept De Gea at Old Trafford, as he is one of the very best shot-stoppers in FM19. 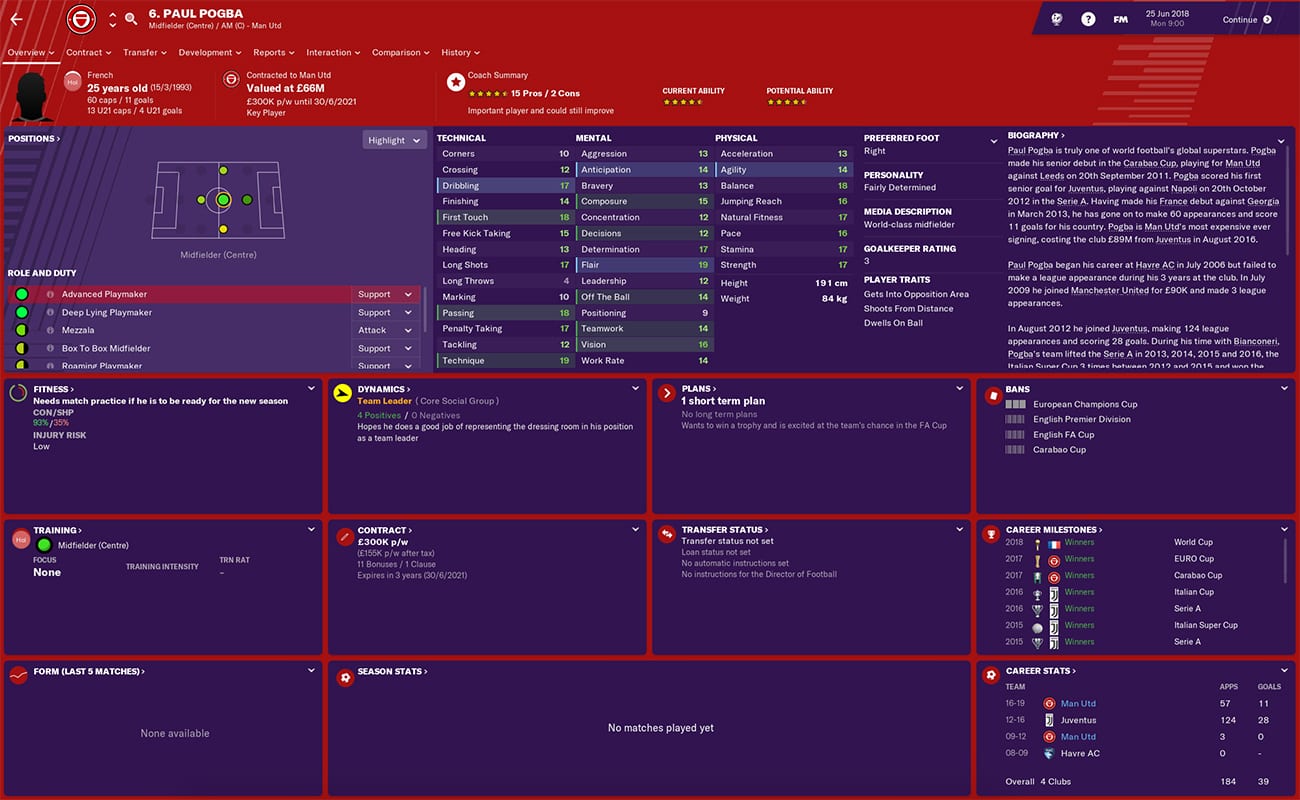 A key component of France’s 2018 World Cup winning side, Pogba is one player you definitely don’t want to lose under any circumstance.

The former Juventus and Man United youth product arrived as the world’s most expensive player but hasn’t quite lived up to that billing. That’s real life. In FM19, he has all the attributes needed to become the very best central midfielder in the game. 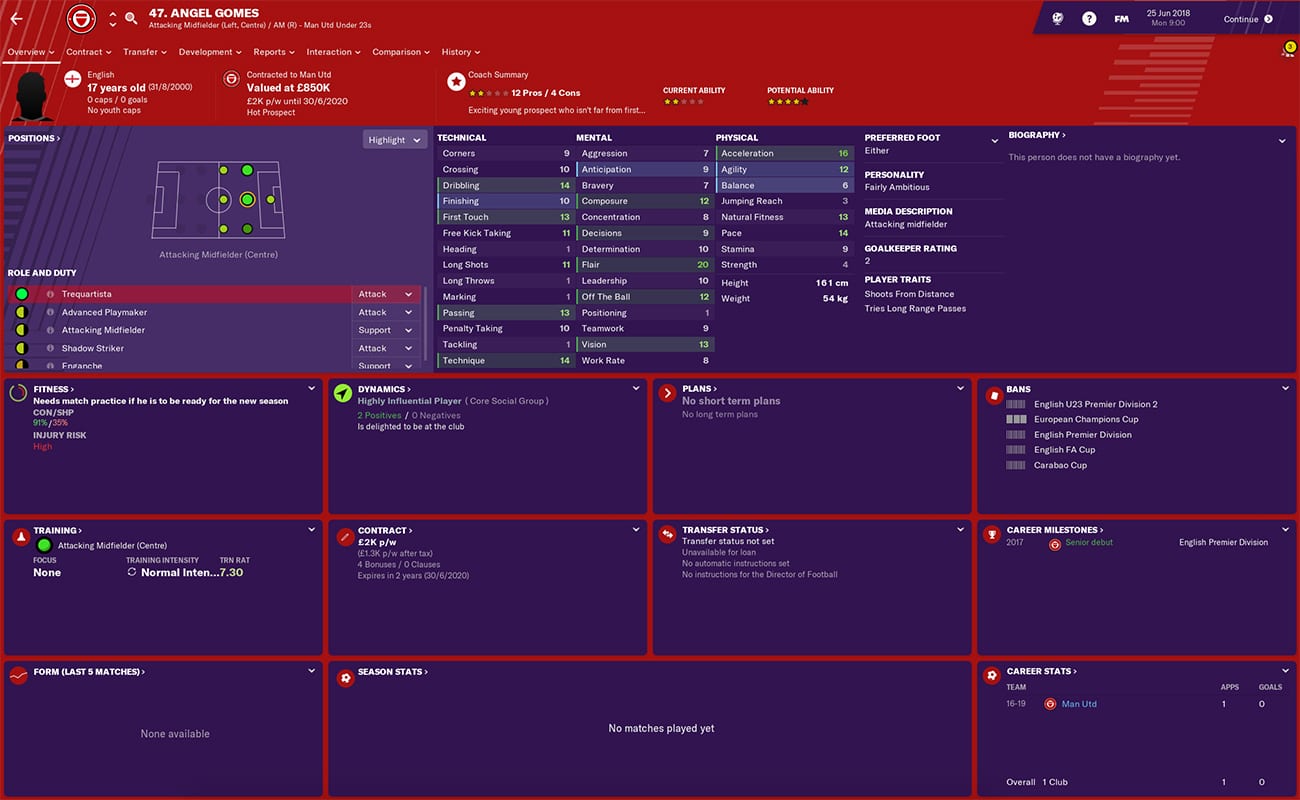 Gomes won the U17 World Cup with England, suggesting he has a bright future ahead of him, but at just 17-years-old, he is a little way away from becoming a regular first-team player.

His five-star potential indicates he is someone who is definitely worth developing, however. A few loan moves could do him the world of good before assuming a starting role in seasons to come. 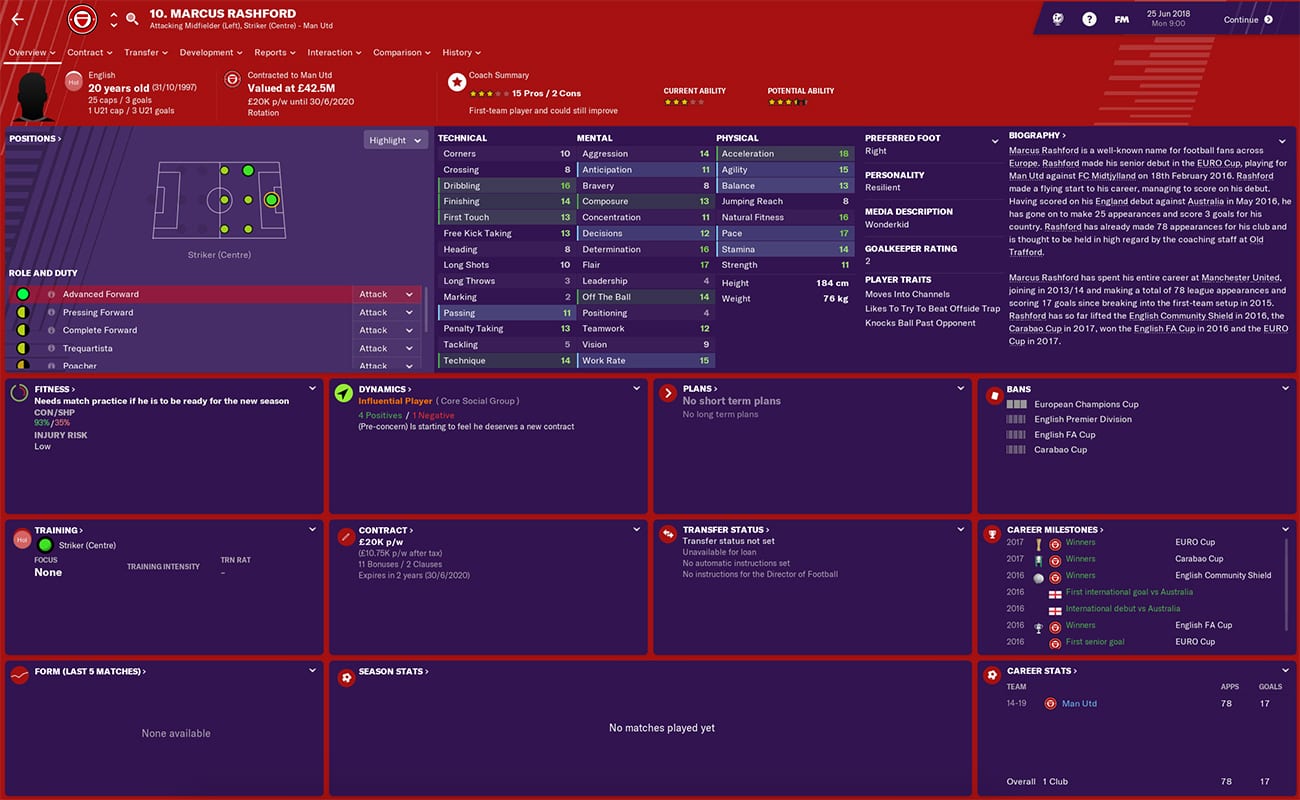 It’s easy to forget that Marcus Rashford is still just 20. We say that because already, he was won trophies, been capped 25 times and accumulated over 75 league appearances. The best part of that statement is he still has a lot of room to improve.

However, whilst he is still young, he is approaching an age where it’s imperative that he plays first team football. It would probably be best to give him as much game time as is possible in order for him to realise his full potential. 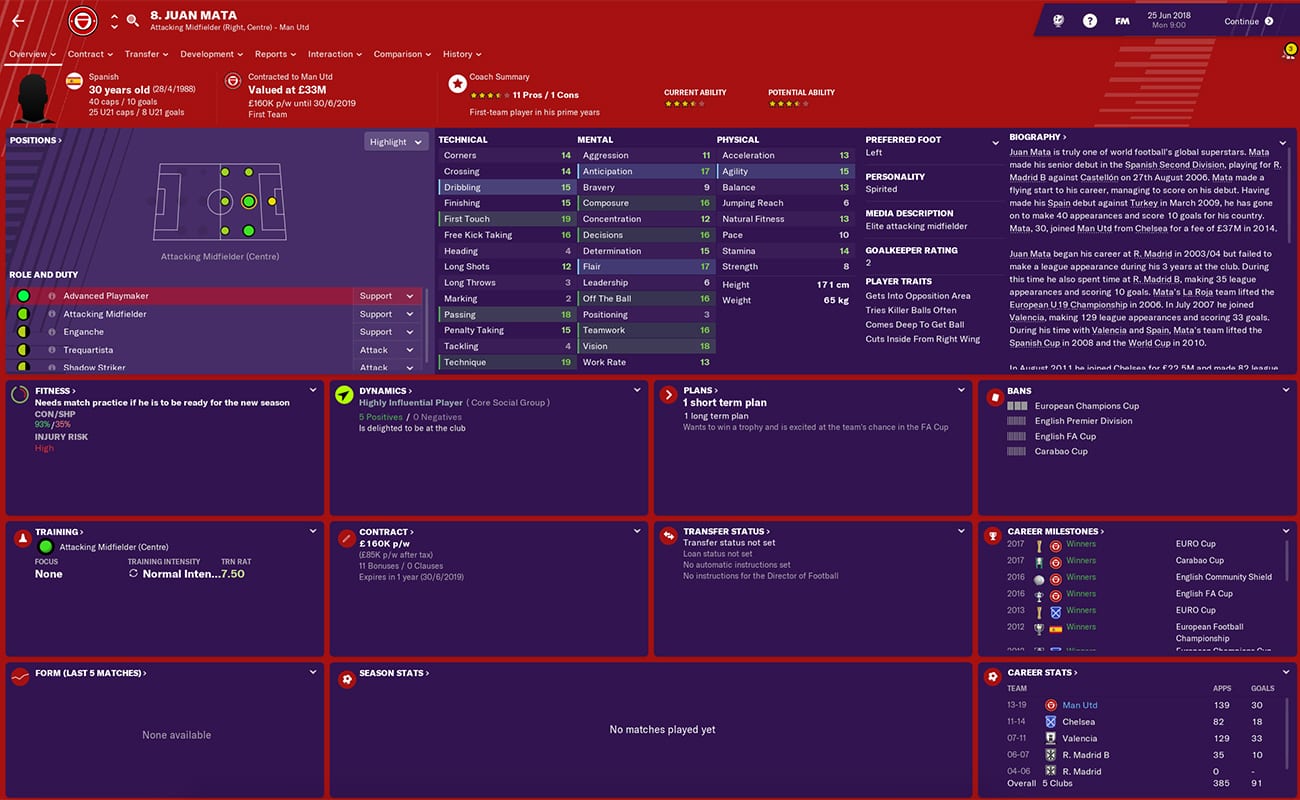 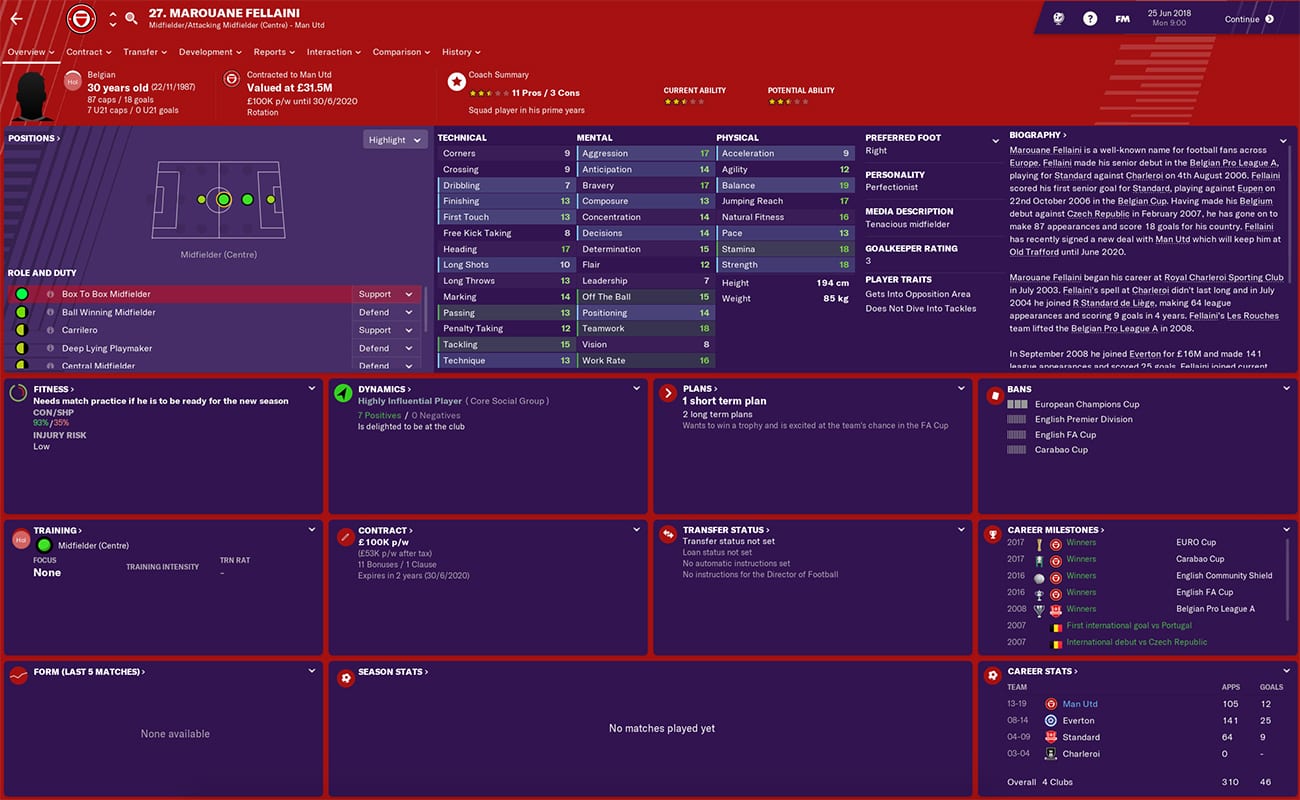