Los Angeles FC (LAFC) have the highest at £9.2m by some distance, with New York City FC second with £4.9m. Within the league itself, there are a fair few established names who you could potentially manage. England’s all-time record goalscorer, Wayne Rooney, is one of them, who currently leads the line in the nation’s capital for DC United.

We have rounded the transfer budget and wage budget for all 23 Football Manager 2019 MLS teams, so feel free to consult this guide any time you plan on starting a new game save. You can also find the starting finances for over 150+ teams by clicking here, while a list of the 10 richest teams in FM19 can be found here. 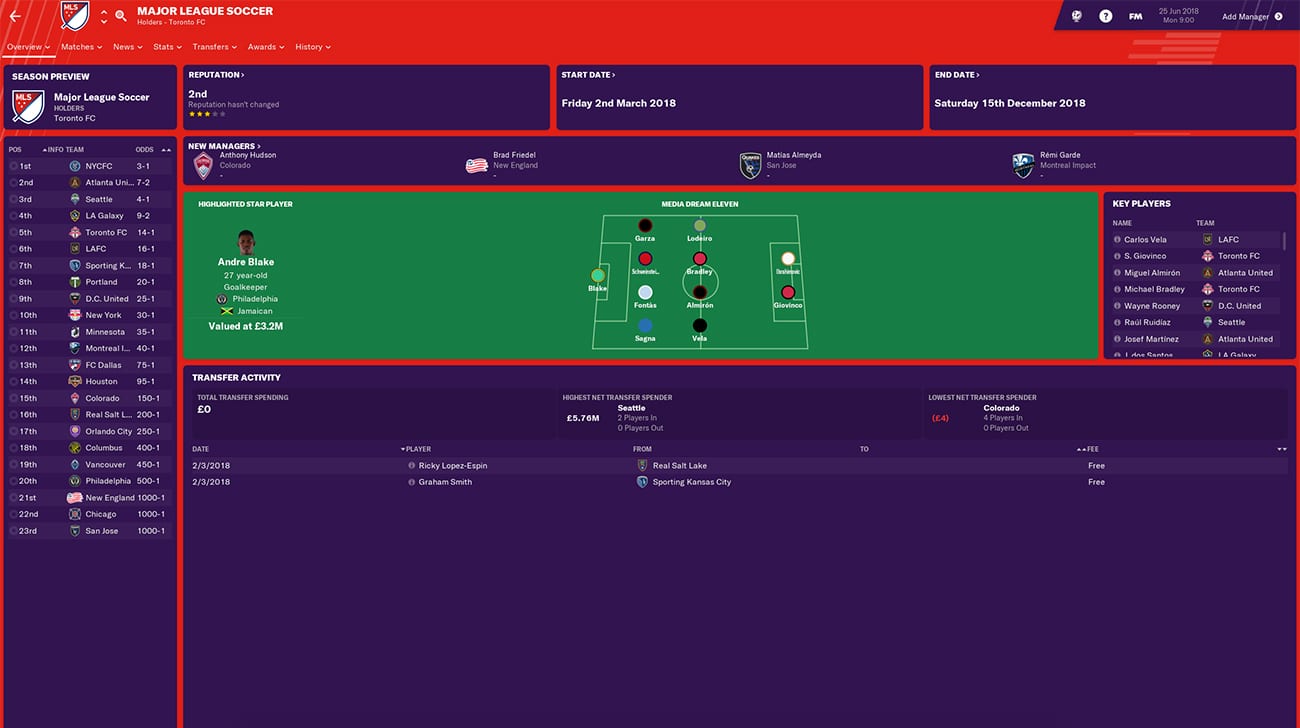