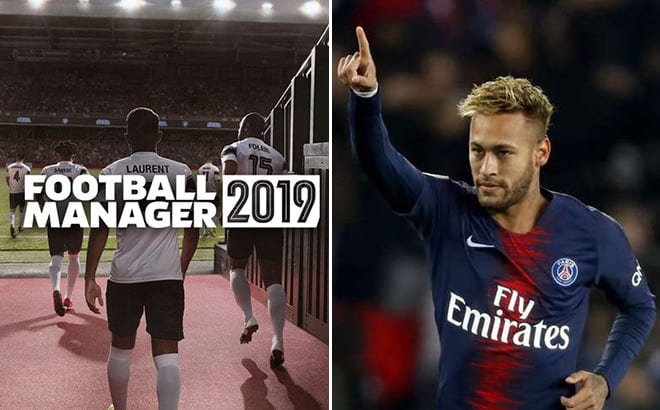 Football Manager 2019 Neymar – When the Brazilian superstar joined Paris Saint-Germain for a world record fee of £200m in August 2017, it was assumed that Champions League glory would soon follow.

Now two years into the five-year deal he signed, PSG haven’t come close to achieving continental glory, while Kylian Mbappe’s emergence as a superstar following the 2018 World Cup only increases the pressure on Neymar to deliver. With that in mind, it’s therefore possible that the ex-Barcelona stalwart could look to leave, and at 26, he is one of a few true superstars who you have a half chance of signing in their prime in FM19. 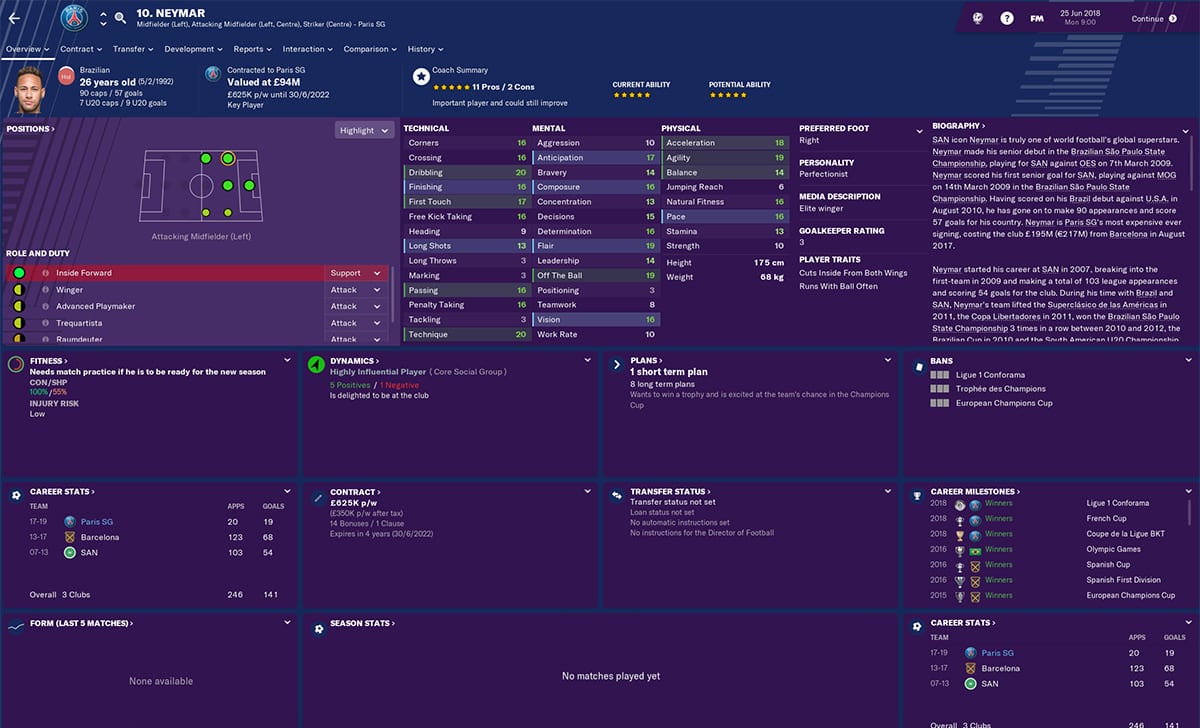 Neymar’s potential ability is 194, just one mark shy of Lionel Messi and Cristiano Ronaldo’s current ability score of 195/200, which basically means the young Brazilian has all the tools needed to join a level similar to Messi and Ronaldo’s. 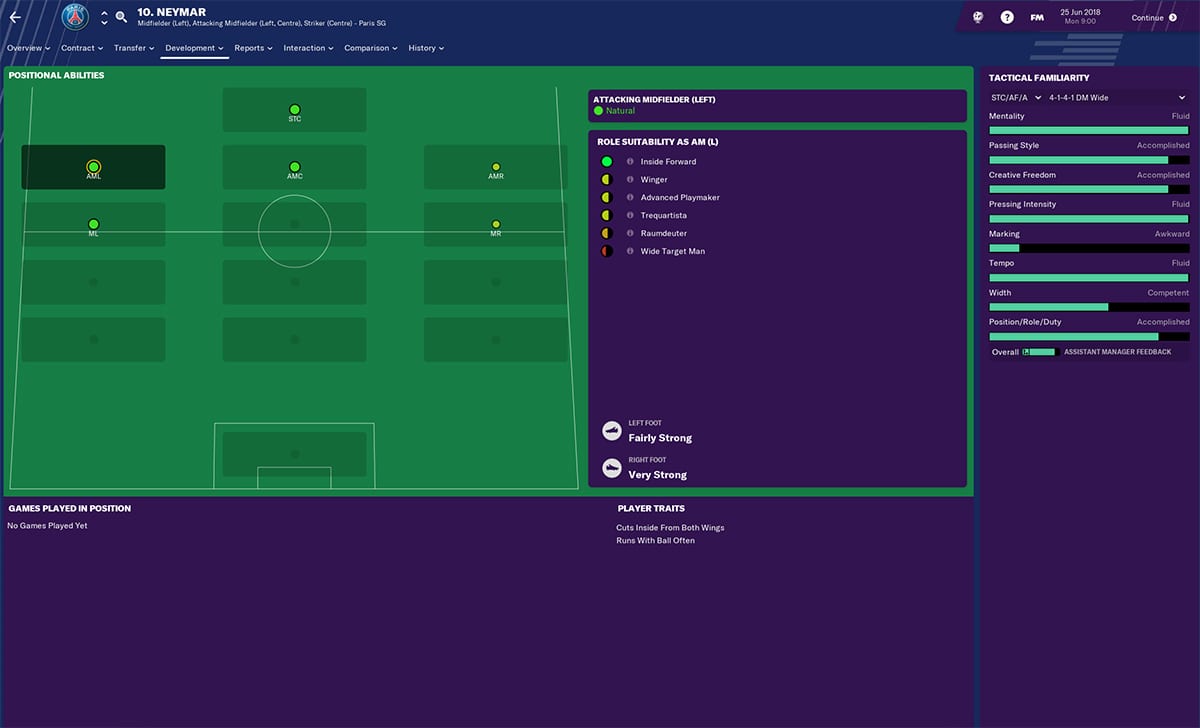 Neymar works best in FM19 when used as an ‘Inside Forward’ as an attacking left midfielder (AML), but can also drop in behind the striker of play up top. In situations where you need to be more defensive, he is also capable of holding things down as a pure left midfielder (ML). 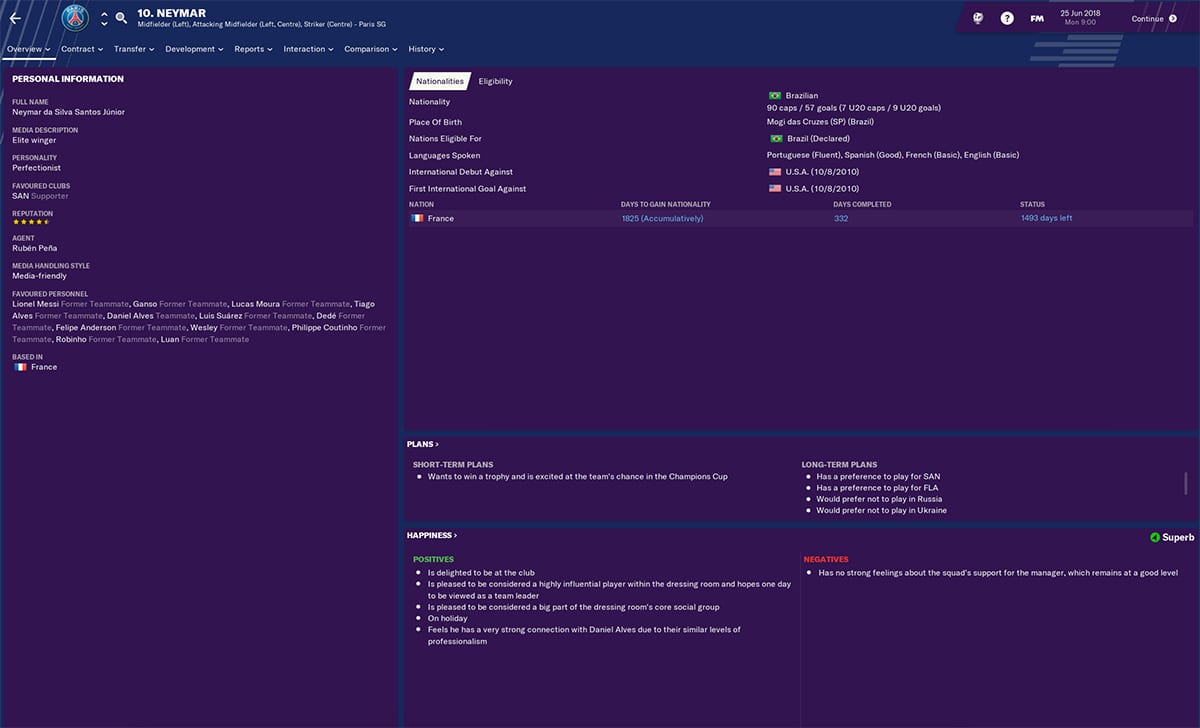 Neymar’s future in Paris indirectly depends on the club’s ability to win the Champions League. Winning Ligue 1 over and over won’t be enough, so if you give it a few seasons and PSG are still without continental silverware, it might make sense to make a move for him.

Given that he’s currently valued at £94m and originally cost £200m, you can expect to pay more than the club originally paid for him, but if you can get him before he moves too close to the age of 30, he could still be a shrewd investment, even if he costs a few hundred million.