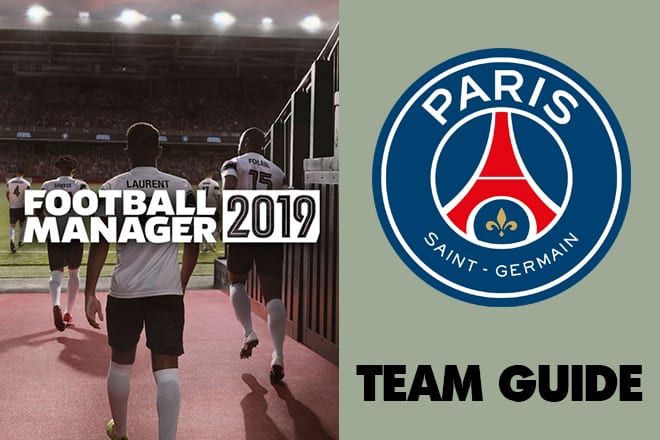 Football Manager 2019 PSG – Neymar, Mbappe and an overwhelming pit of riches. What else could go wrong?

Winning Ligue 1 shouldn’t prove too difficult considering you once again have the league’s largest transfer budget. But reigning supreme in Europe’s premier competition is a different task entirely. The club haven’t progressed past the round of 16 since 2015-16 and haven’t reached a semi-final since the 1994-95 season. Are you the manager to bring home a first-ever Champions League trophy to Paris?

PlugsvilleSport has put together this ultimate FM19 guide for you. We have listed PSG’s starting finances, two key players to build around, two of the best young players and the players you should consider selling if you need to raise funds. 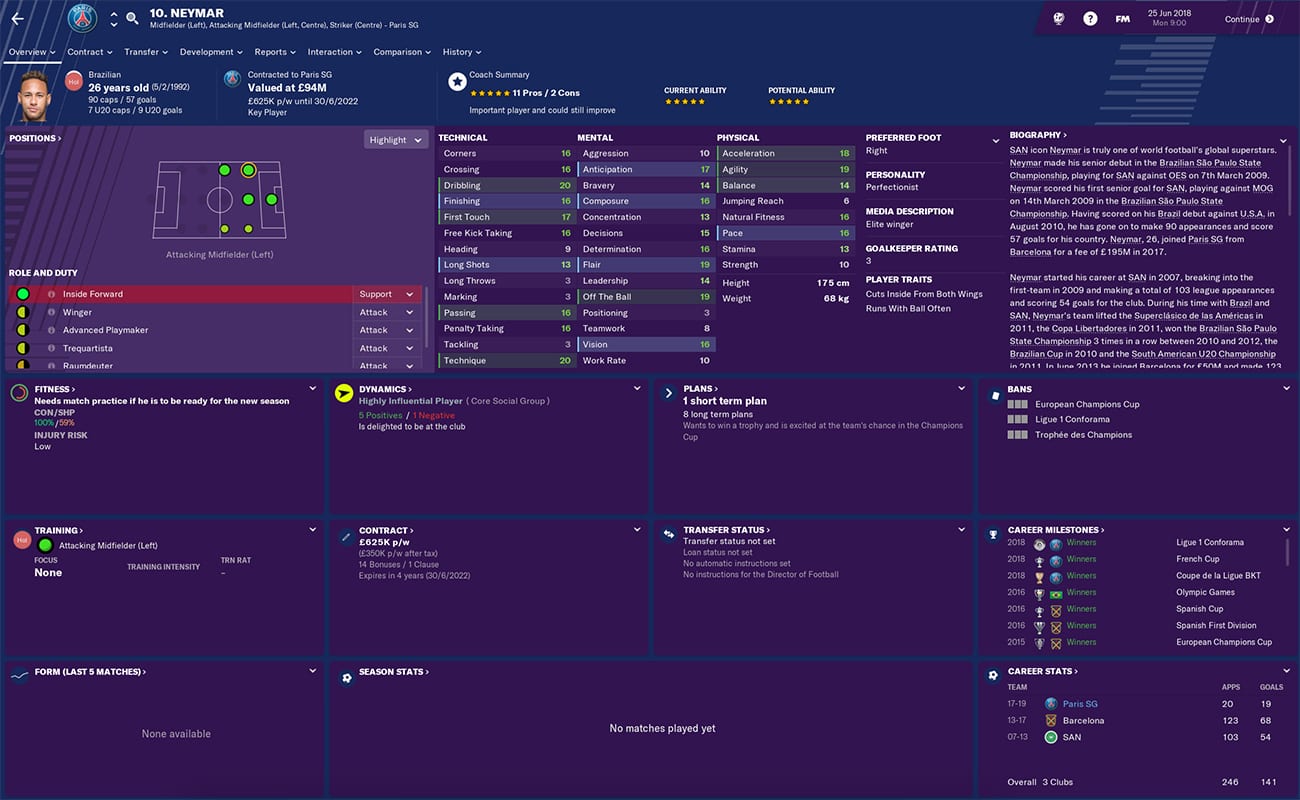 One of a select few with five-star current ability in FM19, Brazil’s third highest goalscorer is no joke. It goes without saying that Neymar should never be sold.

You don’t necessarily need the transfer fee and there isn’t another player like him in the game. He’s 26, experienced in winning trophies and a global superstar with top-tier stats. Not much more needs to be said. 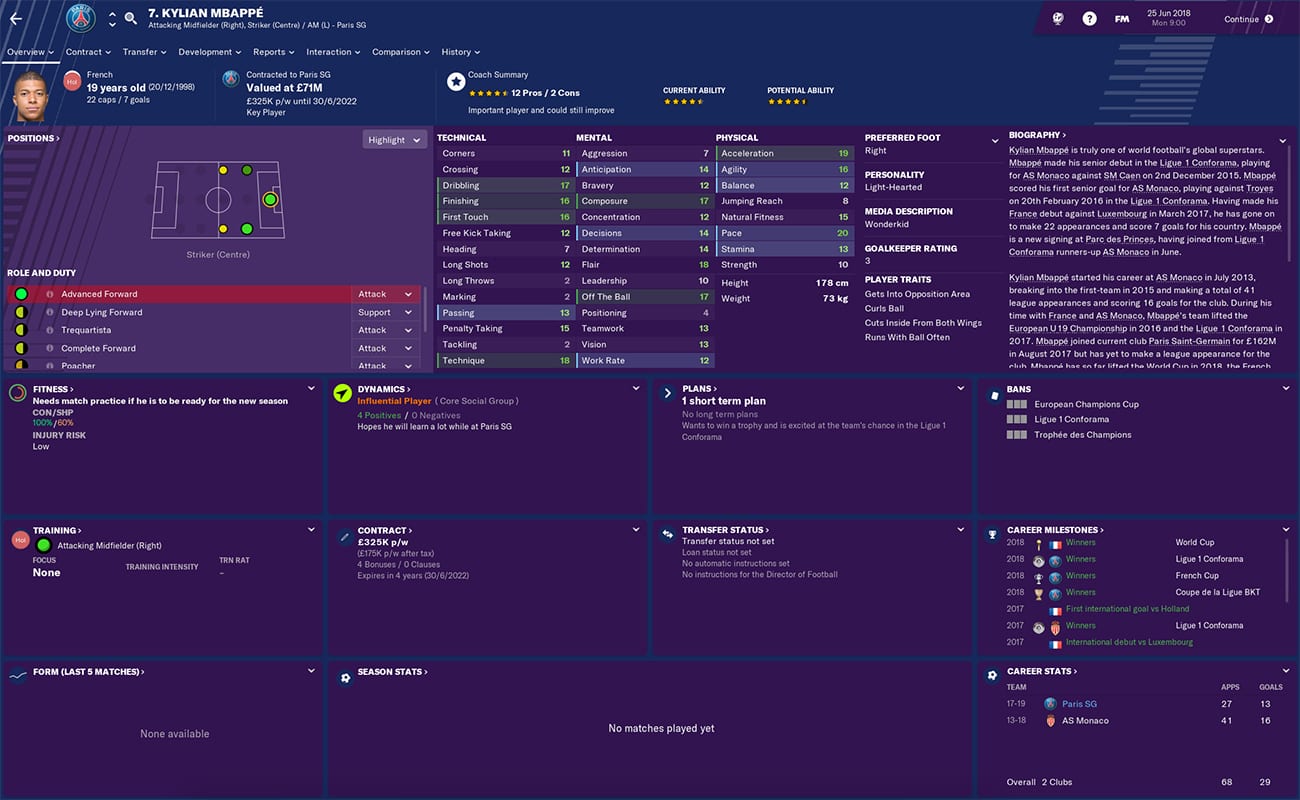 The first-ever winner of the U21 version of the Ballon d’Or is still just 19, but already has a World Cup trophy and multiple league titles under belt.

The best part is he can still improve. Mbappe is best deployed as an advanced forward and is good for at least a decade worth of elite service. 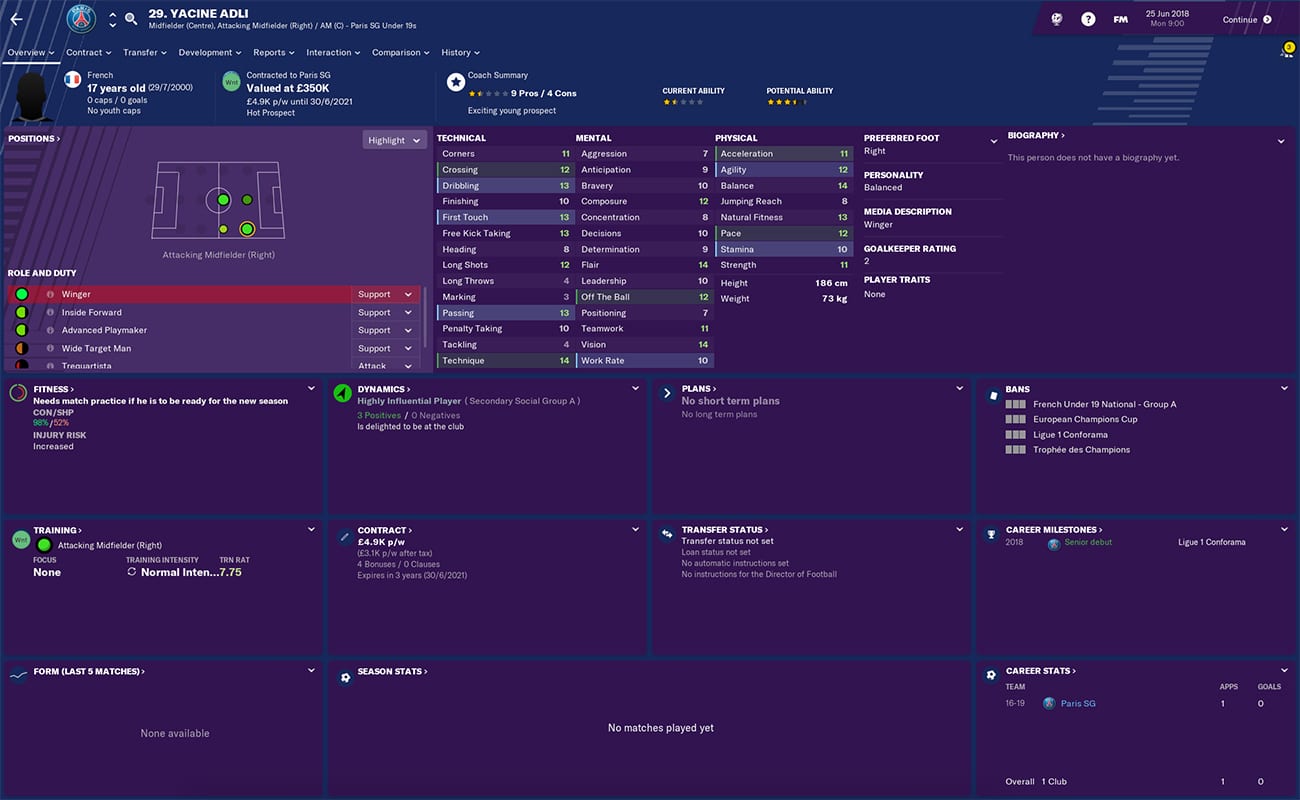 PSG are a little light of outstanding young talent outside of Mbappe but in Yacine Adli, you could have a productive role player on your hands.

The 17-year-old French youngster carries four-and-a-half star potential but will need to spend a season or two away from the Parc des Princes in order to get the first team football needed to aid his development. 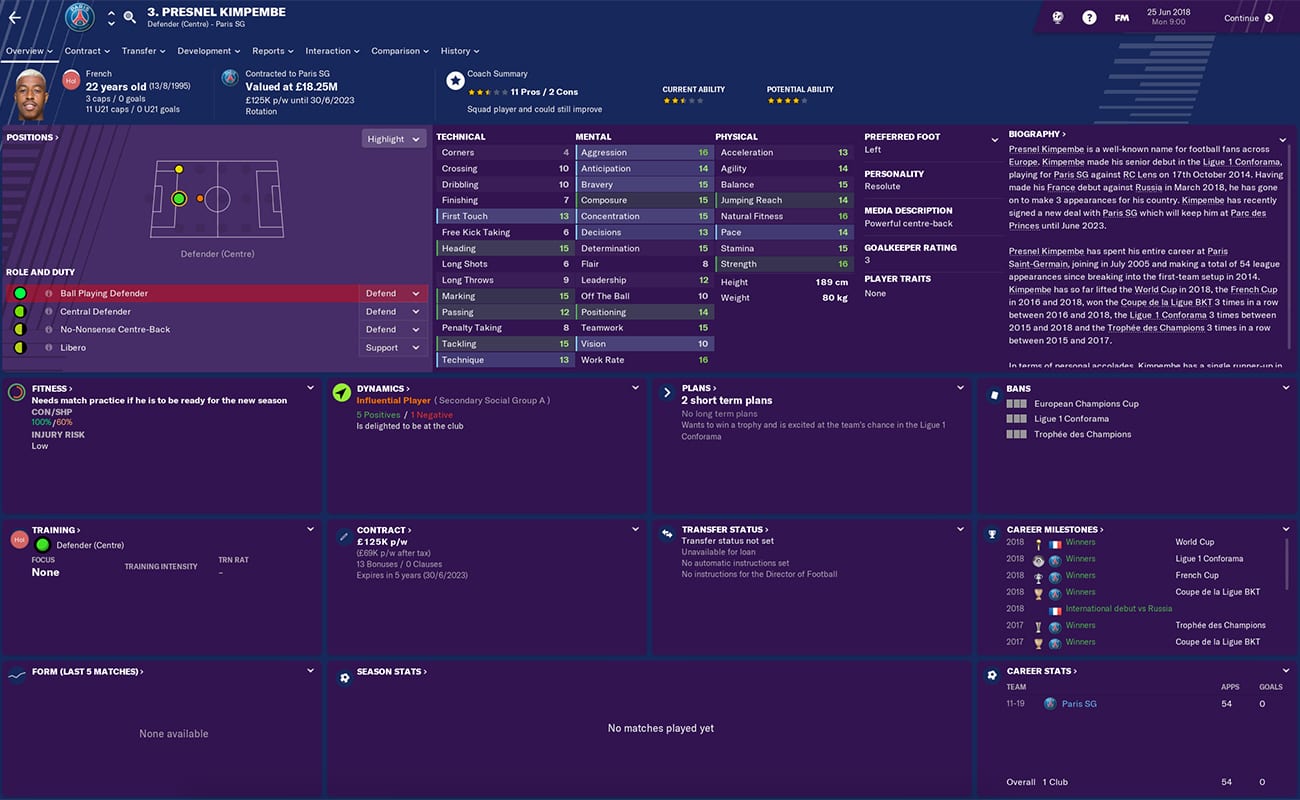 The young defender rated as having just two-and-a-half star current ability and can rise as high as four, making him PSG’s second building block to consider.

Kimpembe was also part of France’s 2018 World Cup triumph and occupies the role of role player for the Parisian’s in real life. 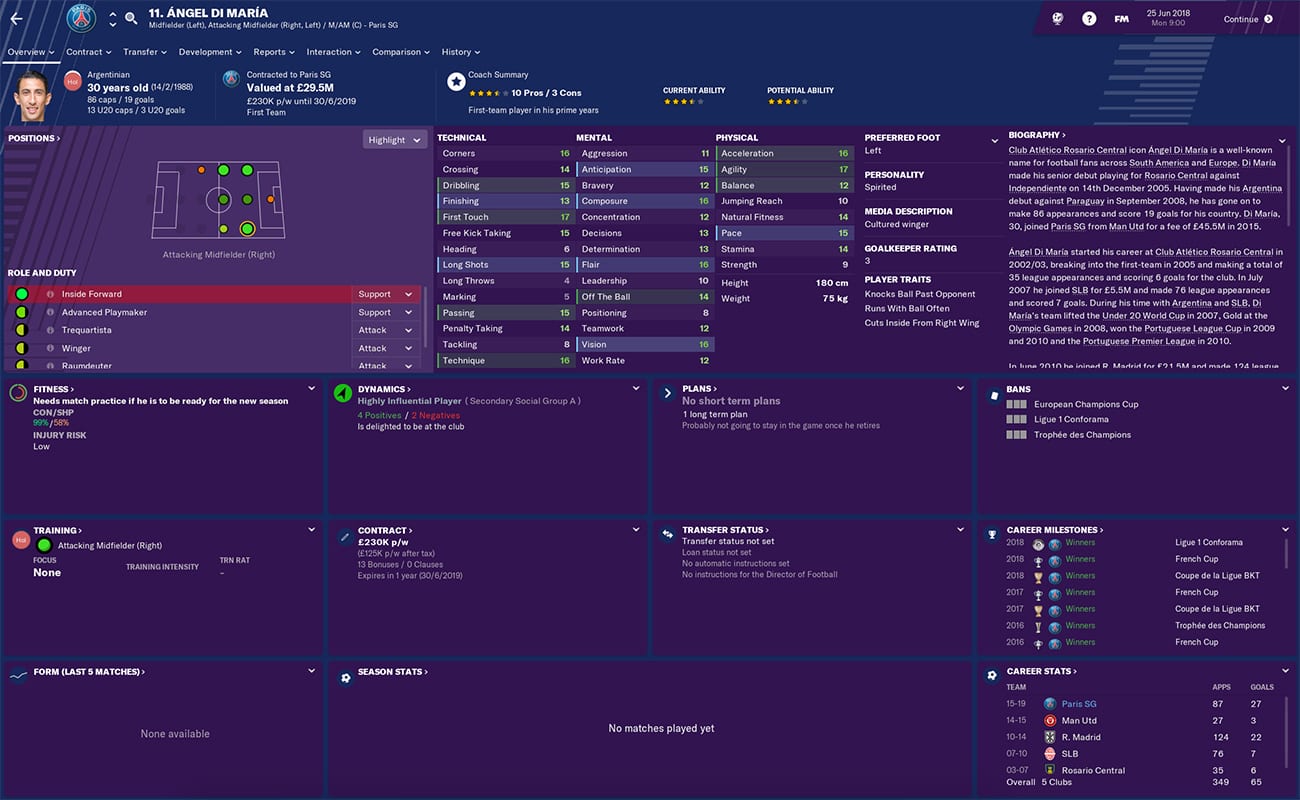 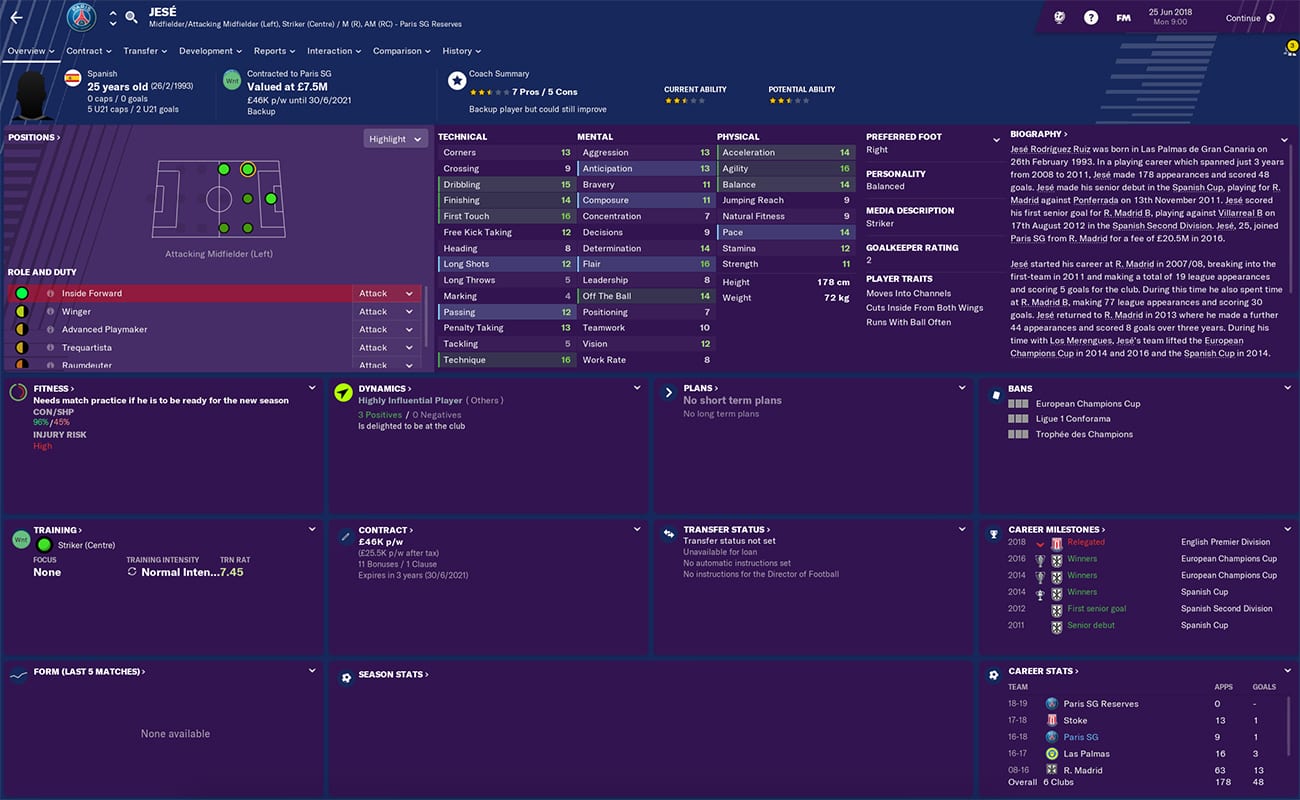