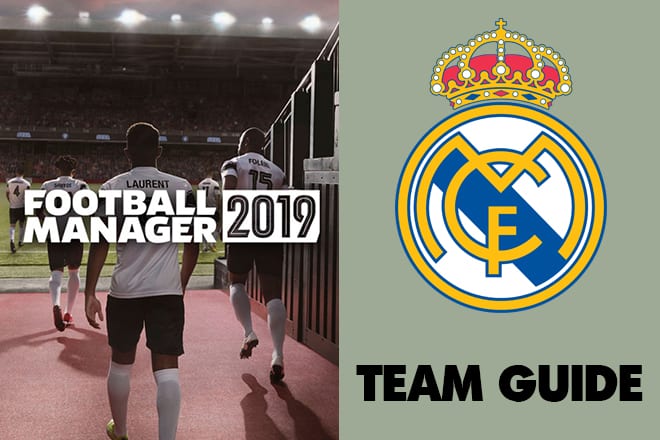 Football Manager 2019 Real Madrid – Los Blancos are already onto their second manager before Christmas in the real world.

The first, Julen Lopetegui, the former Spain manager who in the space of a few months, went from managing Spain and Real Madrid, to jobless by November. Reserve team coach, Santiago Solari, took charge shortly after, but the chaos in the dugout so far in Madrid is indicative of the huge task at hand on FM19.

Dominating La Liga and Europe won’t be easy, a challenge made even less probable if you fail to replace the goals Cristiano Ronaldo brought to the team, but Real Madrid have the biggest transfer budget of any La Liga side, so there is that.

PlugsvilleSport has put together this ultimate FM19 guide for you. We have listed Real Madrid’s starting finances, two key players to build around, two of the best young players and the players you should consider selling if you need to raise funds. 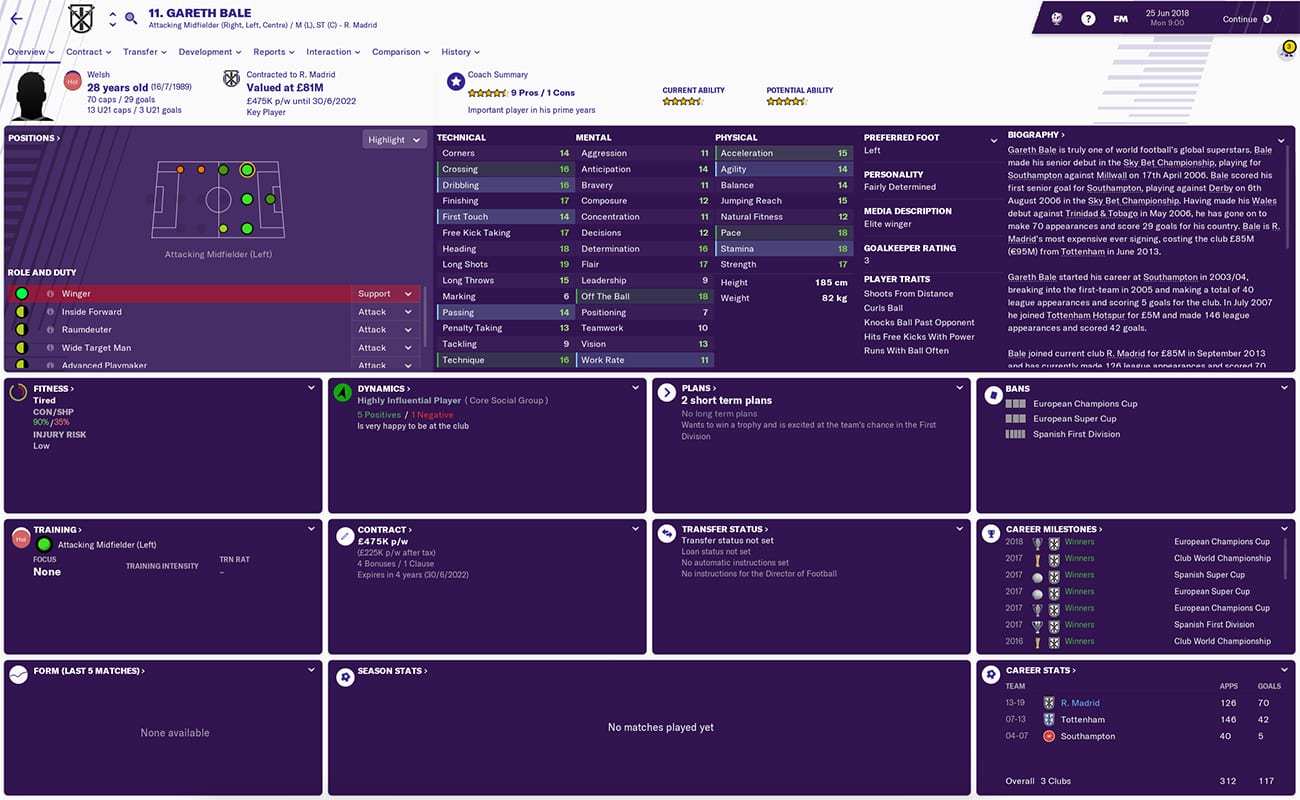 The Welsh wizard is the only player in the Madrid squad who the coaches rank above four-stars in terms of current ability. It wouldn’t be unfair to say the responsibility of compensating for Ronaldo’s absence fall’s on the shoulders of Madrid’s other £80m winger, who at 28, is entering his very best years.

Now in his sixth year in Spain’s capital, Bale has scored at least 13 league goals in five of those seasons, but is yet to cross the 20-goal barrier. Instead of cashing in on his £81m value, look to sign players that unlock his potential as the first-option of one of world football’s very best teams. 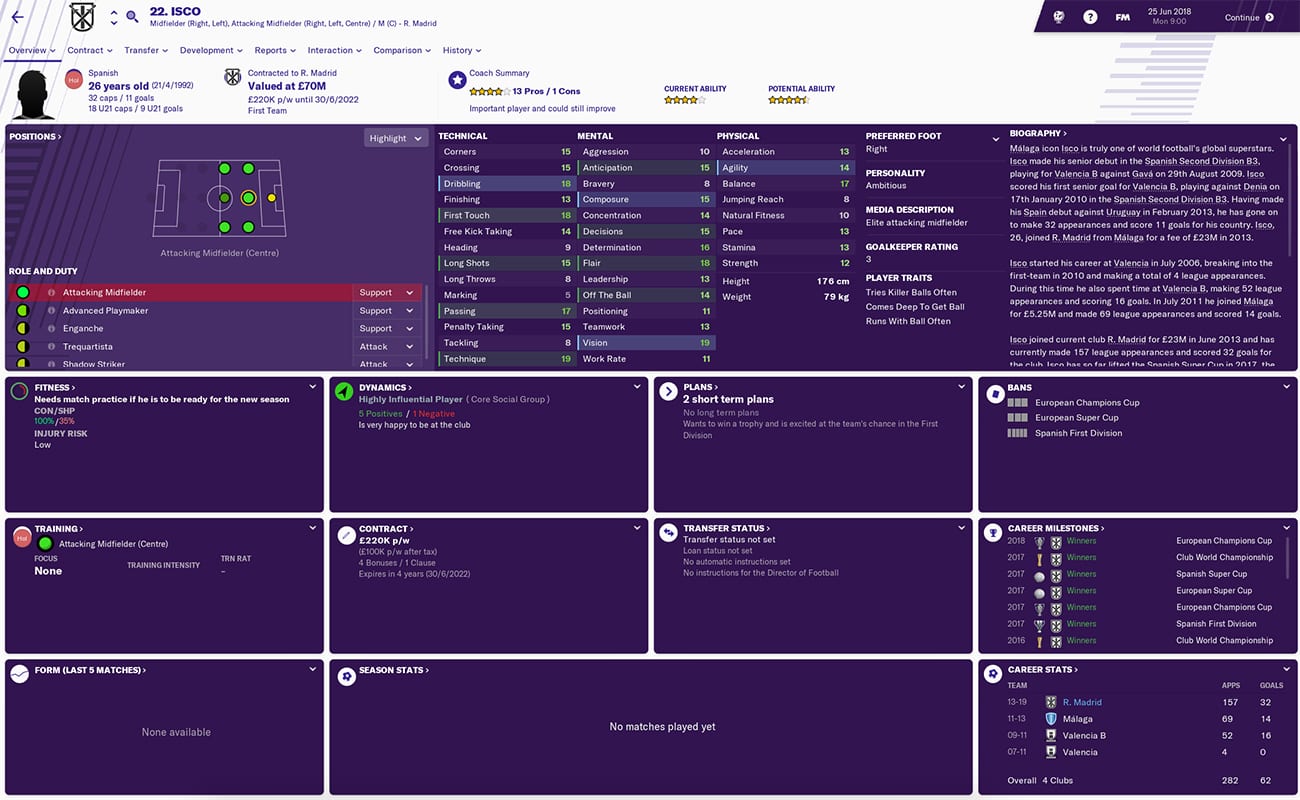 Isco is still only 26, approaching his prime years with incredible playmaking ability and technique across the board.

He is yet to reach his full potential, at least in the eyes of the Real Madrid coaching staff on FM19, and will be a very hard player to replace if he does leave the Santiago Bernabau.

The first of two Brazilian attacking starlets on this list, Vincius Junior is the much-hyped Brazilian youngster who Real Madrid signed for a fraction under £40m. Even in an age of inflated transfers, paying £40m for a 16-year-old (as they did when they agreed the deal in 2017) is big business.

He is still fairly raw, so doesn’t present as an immediate first-team option from day one, but easing him into your team throughout easier league fixtures and cup ties would be a sensible option. 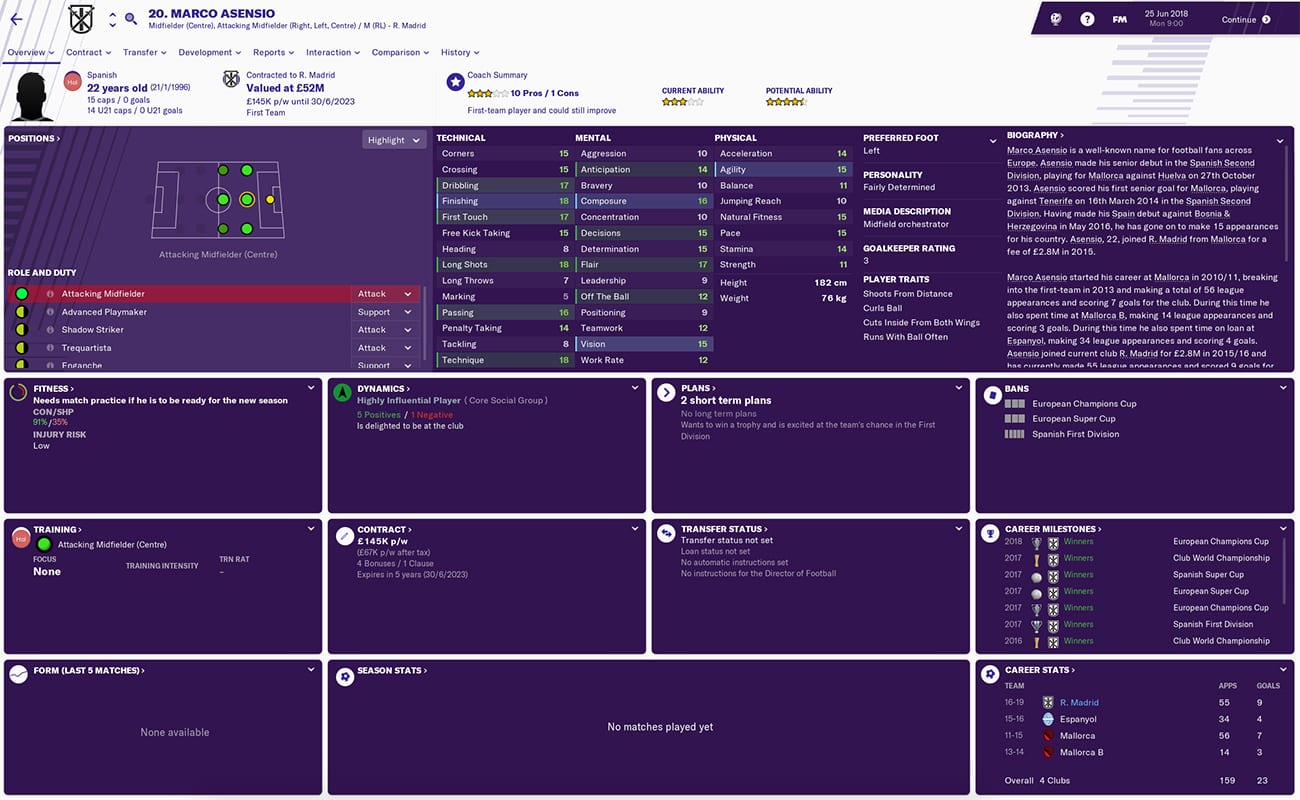 Last but certainly not least, is one of Real Madrid’s brightest lights, an attacking midfielder who has already won the Champions League twice and influenced big games. Despite his talents, he is only rated as having three-star current ability by his coaches, with at least one-a-half stars worth of potential left to grow into.

It is paramount that he is the beneficiary of a first-team slot in order for him to fully develop. At 22, you don’t want a player brimming with elite potential wasted away each week on the bench, so it would be wise to build a team around him. 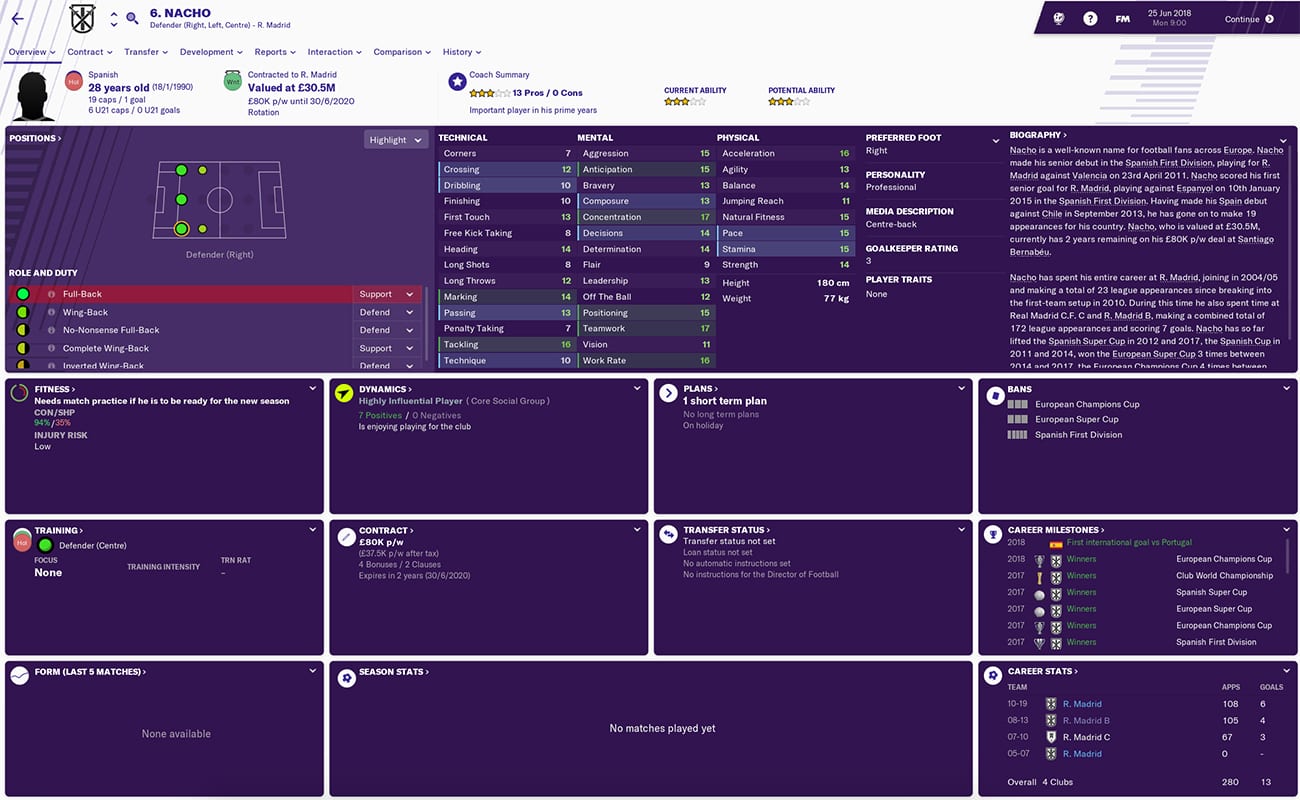