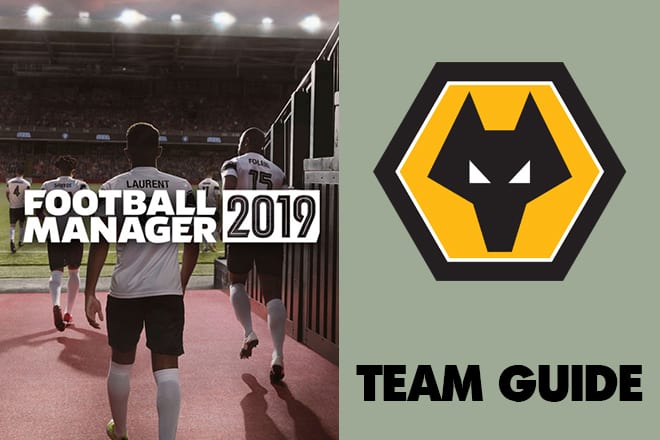 Football Manager 2019 Wolves – As far as promoted Championship sides go, Wolves head into the 2018-19 season as one of the most well-equipped sides in recent memory.

The core of Rui Patricio, Ruben Neves and Joao Moutinho and handful of exciting compliments like Diogo Jota and Adama Traore is a staring point in which to build a solid base. Wolves should have enough about them to stay up. But how can you use the club’s richest to reach the summit of English football?

PlugsvilleSport has put together this ultimate FM19 guide for you. We have listed Wolves’ starting finances, two key players to build around, two of the best young players and the players you should consider selling if you need to raise funds. 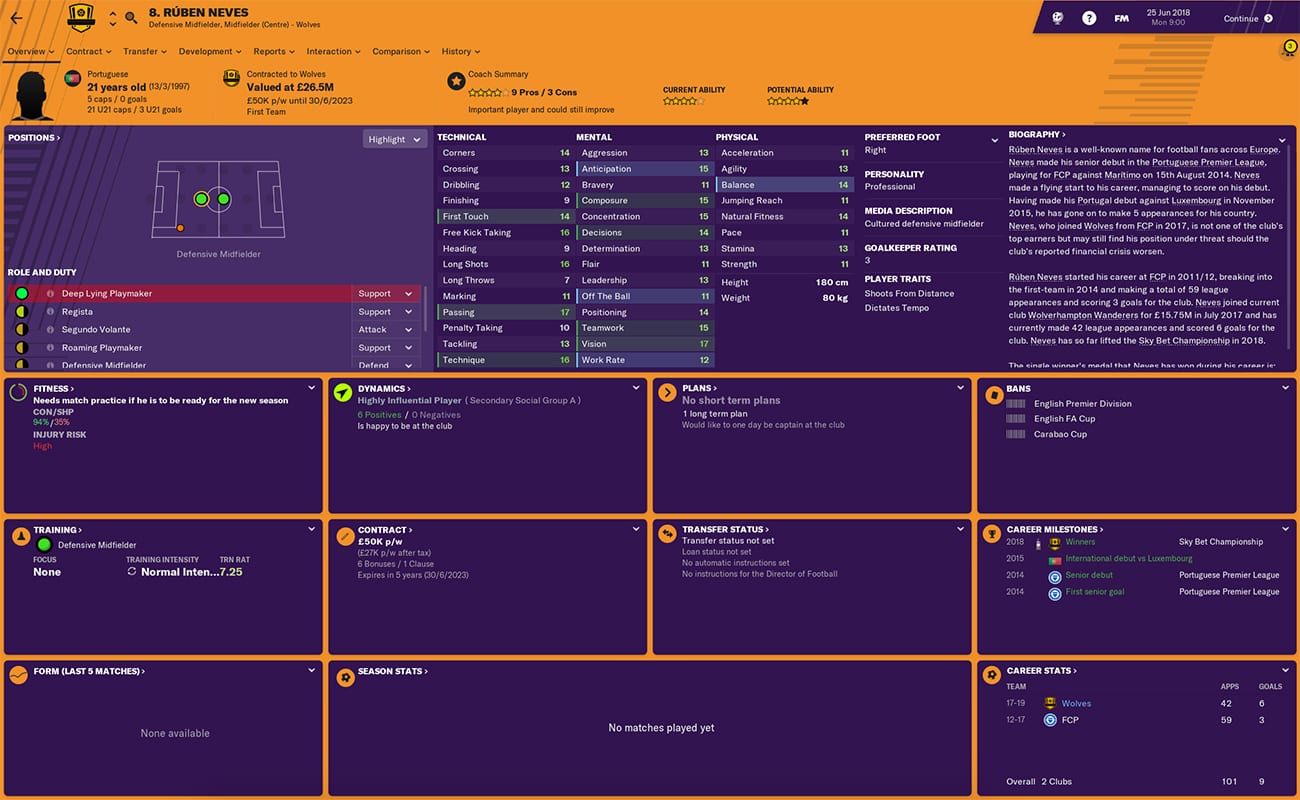 Ruben Neves is definitely not a player you ever want to see leave the Molineux any time soon.

The former Porto man has Champions League experience, which no doubt helped him breeze through life in England’s second-tier last season, scoring a plethora of incredible goals along the way while displaying an eye for a pass too. You should look to incorporate a formation which plays up to Neves’ strengths and potential. 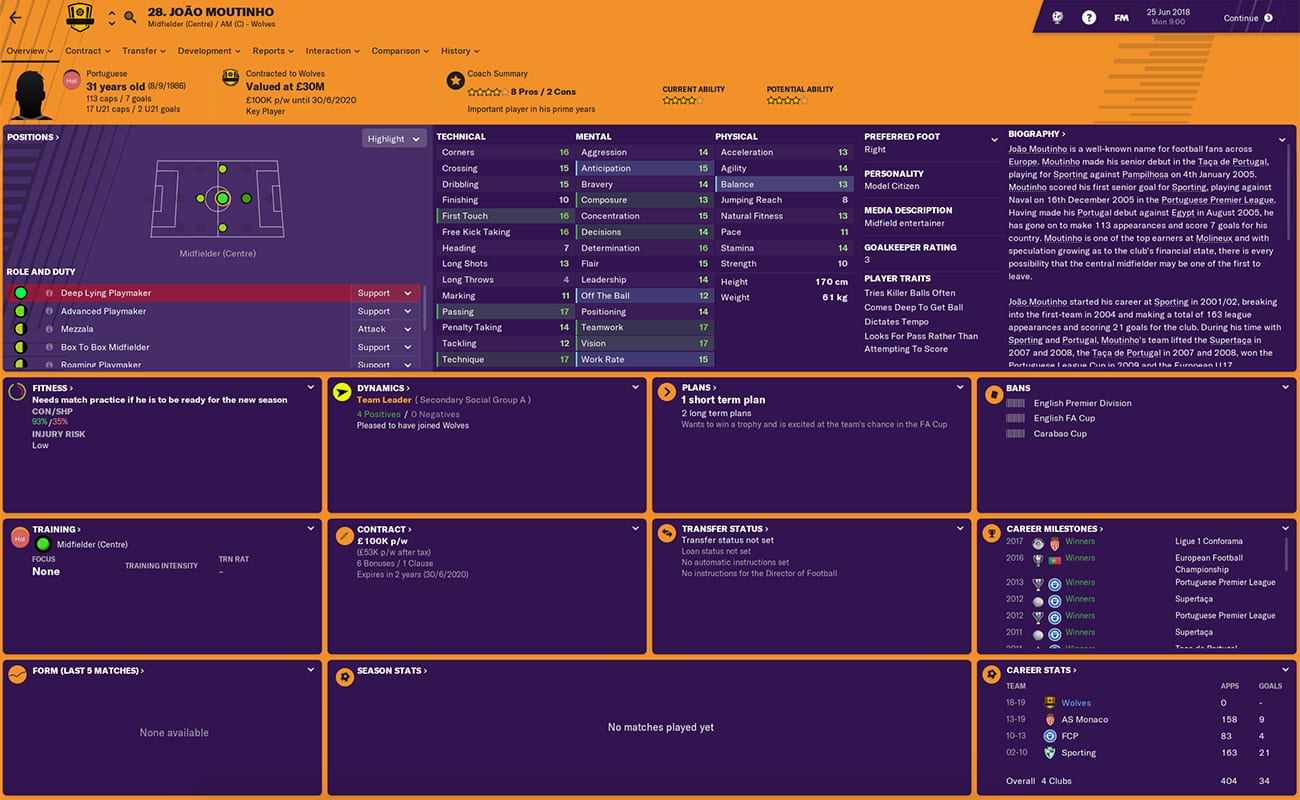 Rui Patricio came close to warranting this spot but in the end we had to give it to the experienced central midfielder general that is Joao Moutinho.

The fact that he’s 31 should count more as an advantage then hinderance in this particular instance, because his seasoned experienced, set-piece ability and composure in the centre will be key to avoiding the drop and making an ascent towards European football. 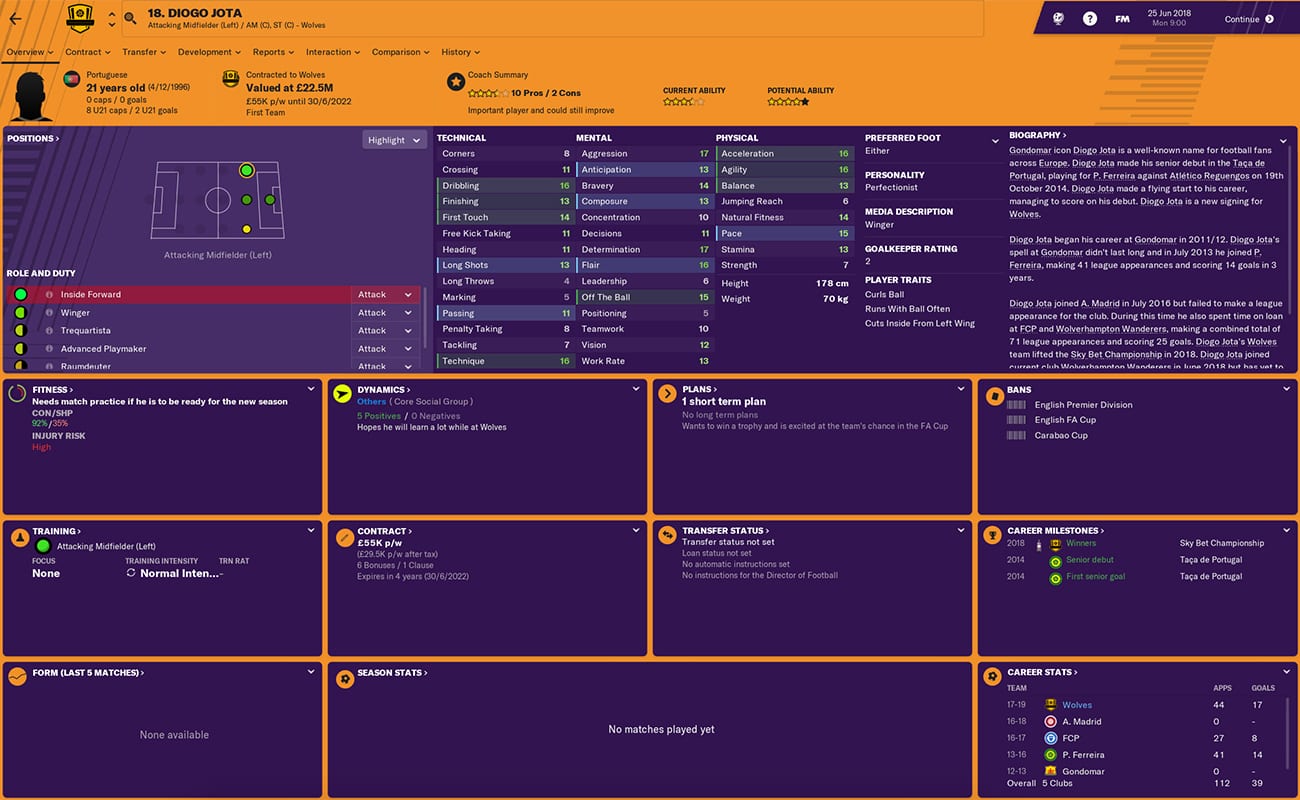 The 2017/18 Championship season saw Jota tear things up to the tune of 17 goals and 6 assists in 44 appearances, making him one of Wolves’ key players to watch out for this year.

The uncapped Portuguese winger has a knack for scoring goals and can provide some stability on the left. Crucially, as the club begin to realise their lofty ambitions, 21-year-old Jota is a player who can maintain value for a long while. 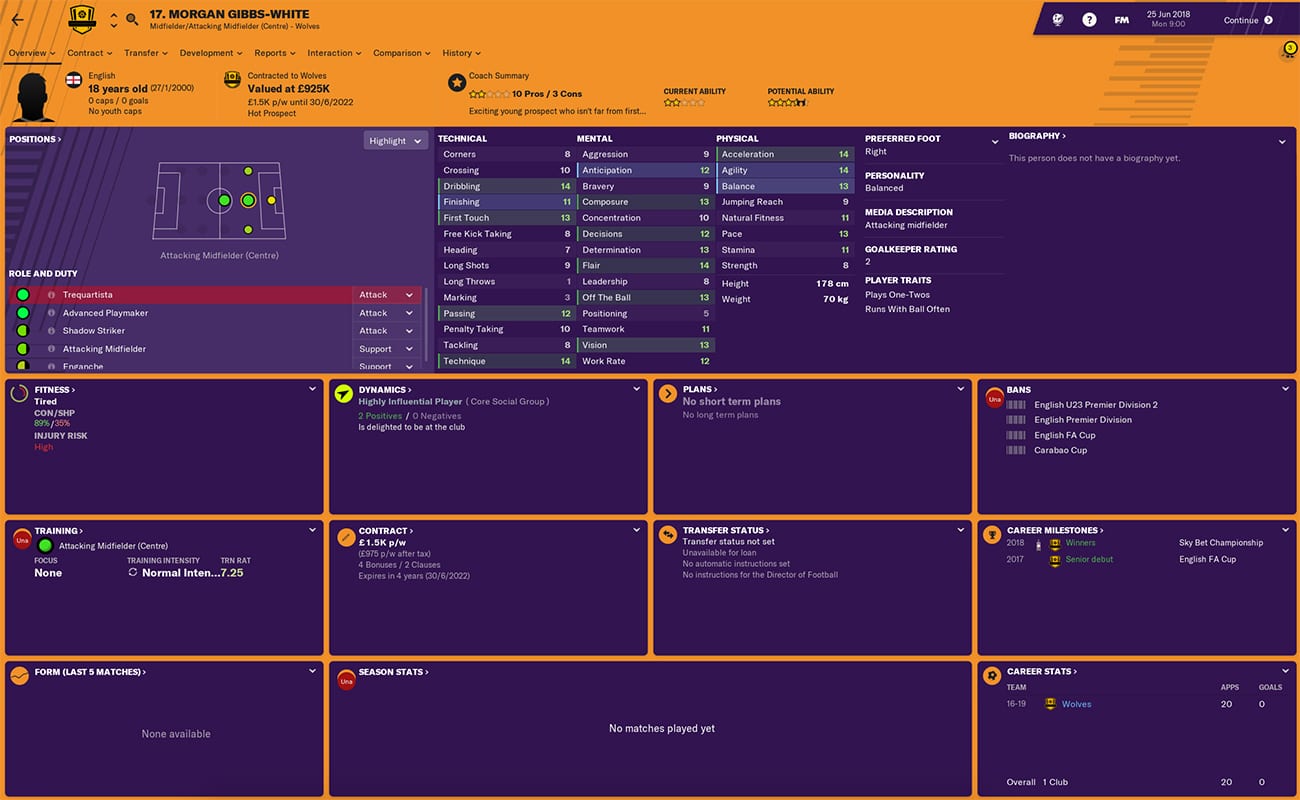 A member of England’s U17 World Cup winning side, Gibbs-White has already taken to life in the Premier League with a breeze, starring in a victory against Maurizio Sarri’s Chelsea side in December, adding to a few more strong cameo appearances.

The 18-year-old attacking midfielder definitely has a bright future ahead of him, although, given that Wolves face so much pressure to dodge relegation, his first-team opportunities may be limited in the 2018/19 season. 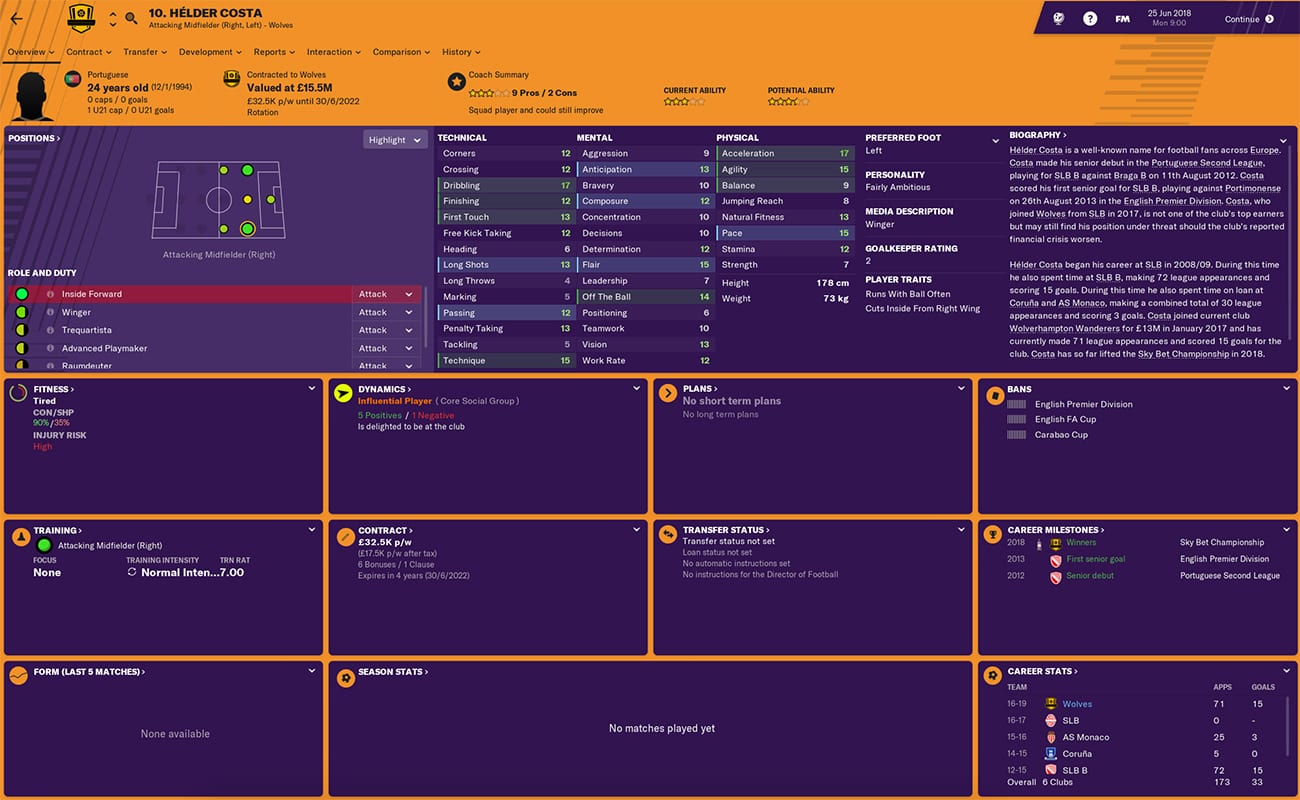 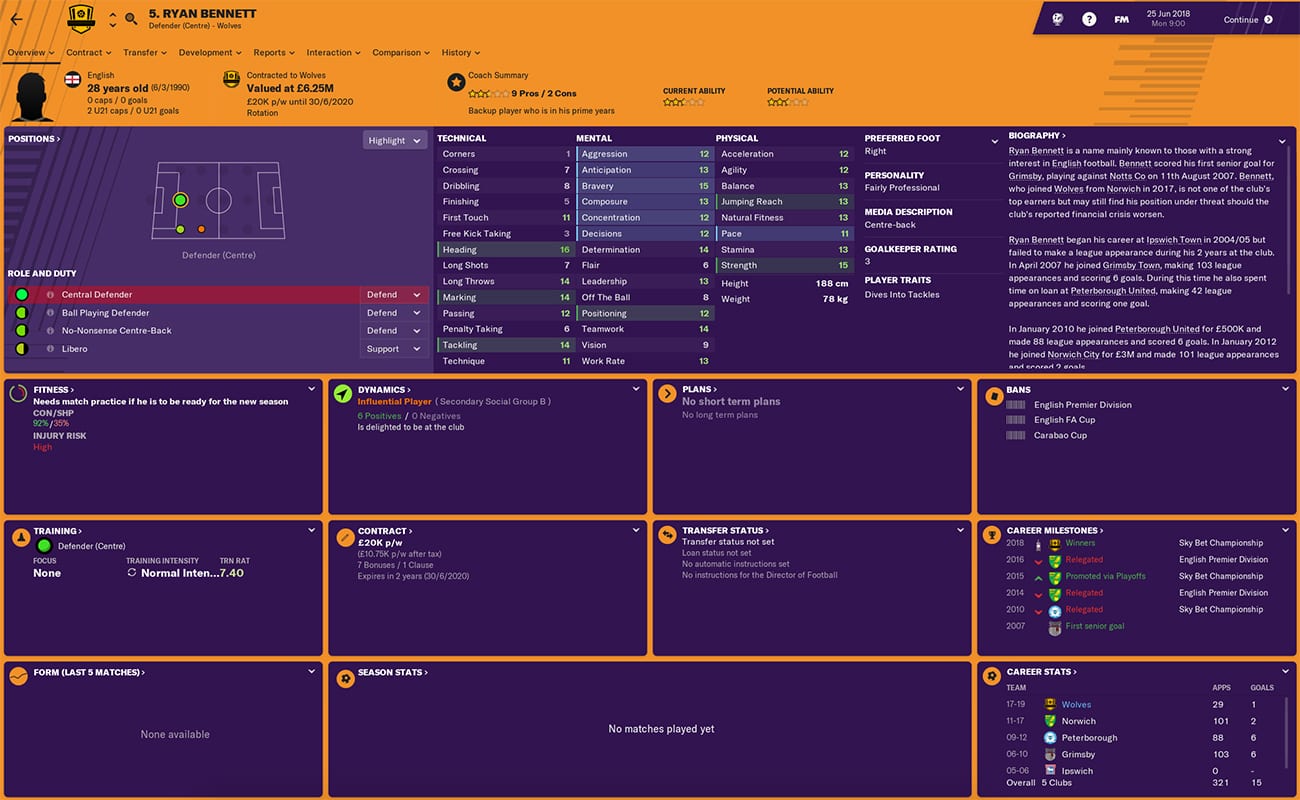