Football Manager 2020 Arsenal – The Gunners have one of the smallest transfer budgets of any Premier League side and face the tough task of climbing back into the top four.

One of your first priorities as Unai Emery’s successor is to get the best from Aubameyang. The former Dortmund striker only needed 78 games to bag his first 50 goals for the club and has a good few seasons left in him.

With electrifying pace and pin-point finishing, Aubameyang should be played at his best position, as an advanced forward up top, and the goals should follow.

Guendouzi has cemented himself as a mainstay in Arsenal’s midfield and a building block for the future.

His stats in FM20 are already strong for a 20-year-old and he carries a potential ability of 165, meaning he could become a world-class midfielder in future. Despite a lack of clear stand-out stars at the Emirates, Guendouzi is a rare bright spot and definitely someone who should be starting most games. 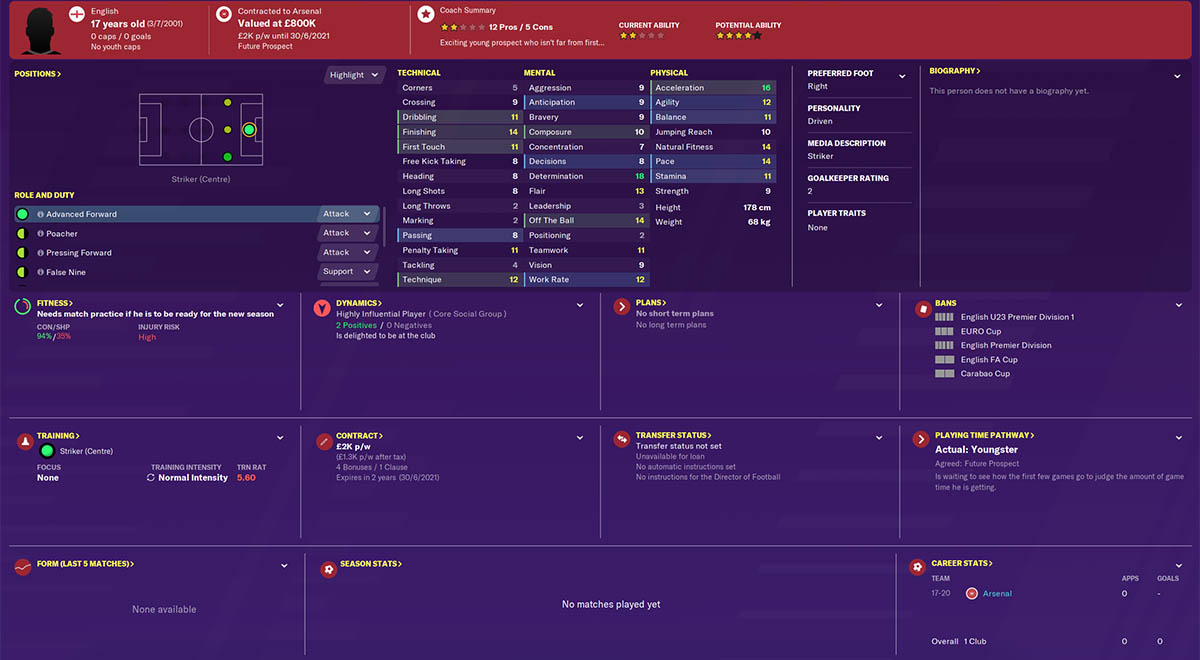 The 17-year-old English striker has the potential to flourish into a top-level player but will need to undertake one or two loan moves first with no clear route to first-team football.

Balogun is one for the future but definitely a player you should look to develop in the lower ranks of English football until he’s ready to make his mark on the Premier League.

Saka burst onto the scene with an impressive debut goal away to Eintracht Frankfurt in the Europa League but has since struggled for game time under Unai Emery. But in FM20, the England youngster certainly has all the potential necessary to become a regular first-team player.

The difficulty will be finding enough playing time for Saka and giving him room to develop while also balancing the demand to secure a return to the top four. 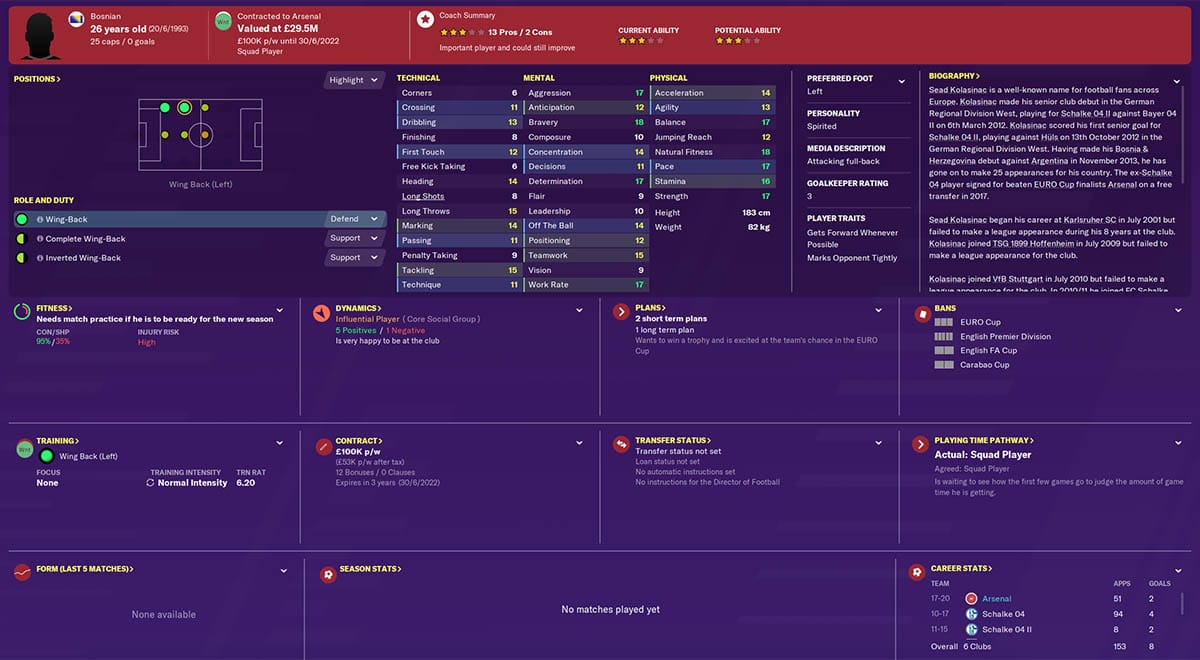 After you’ve read up our Football Manager 2020 Arsenal team guide, check out our list of the most valuable players at every position on FM20 by clicking here.