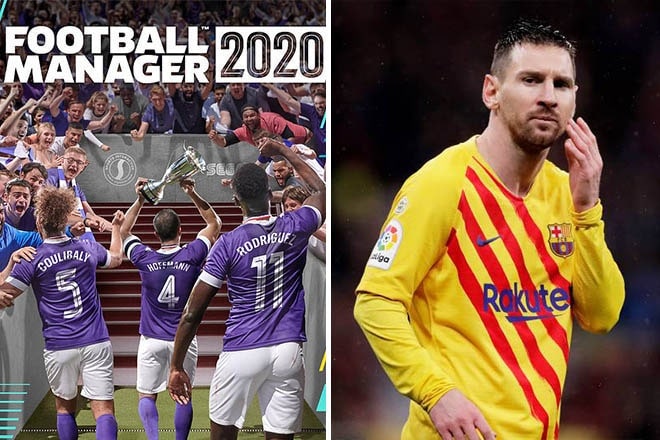 Football Manager 2020 Barcelona – Despite winning the past two and four of the five previous La Liga titles on offer, it seems as if Barca have under-achieved these past few years. But in the world of Football Manager, they remain on the best teams around. 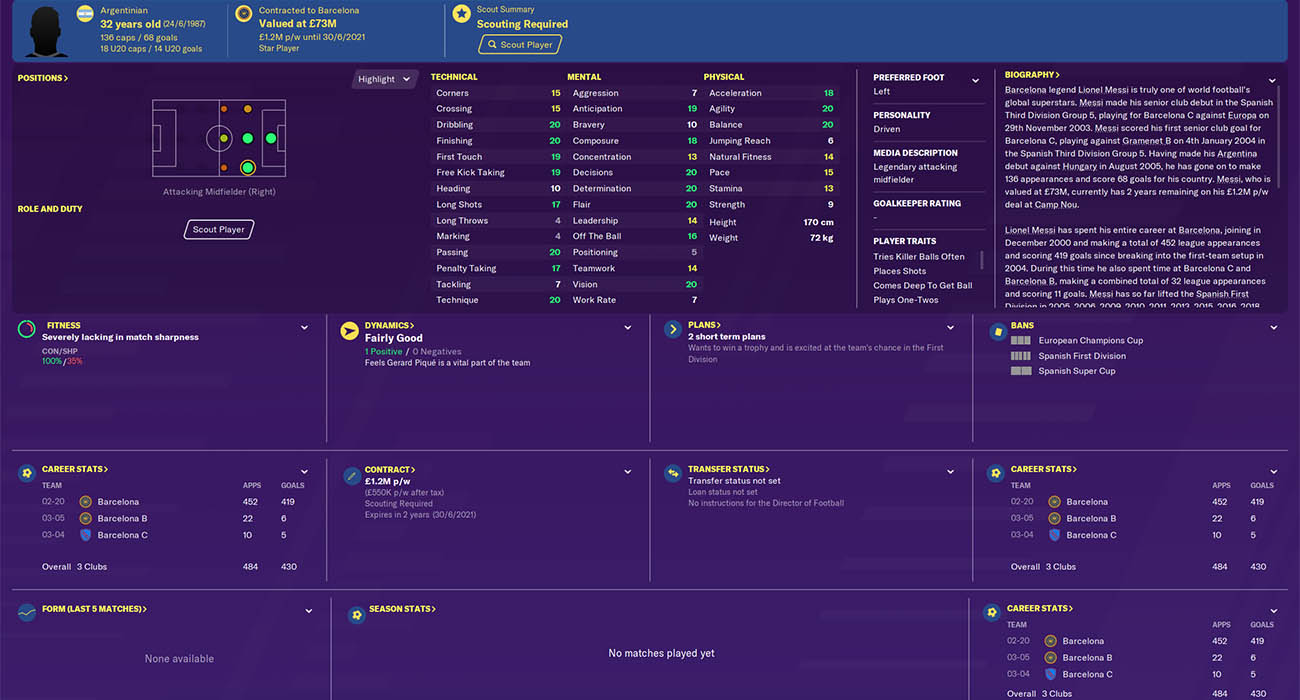 No prizes for guessing who Barcelona’s most important building block is. Still, some of the more hipster managers may be tempted to phase out Messi before his best years are behind him and sign the ‘next Messi’.

This your timely reminder that there will never another Messi again. Yes, he is getting on a bit at 32-years-old, but he is still every bit as elite, as his 2019 Ballon d’Or victory would suggest. You should also look to extend his contract when possible in an attempt to dissuade him from returning to Argentina to hang up his boots with Newell’s Old Boys, the team which he began his career with.

At 28-years-old, Griezmann is entering his footballing peak and Barca has signed him just in time to enjoy his best years.

The ex-Atletico star brings with him a current ability rating of 179/200, which is elite and makes him one of the very best strikers on the entire game. 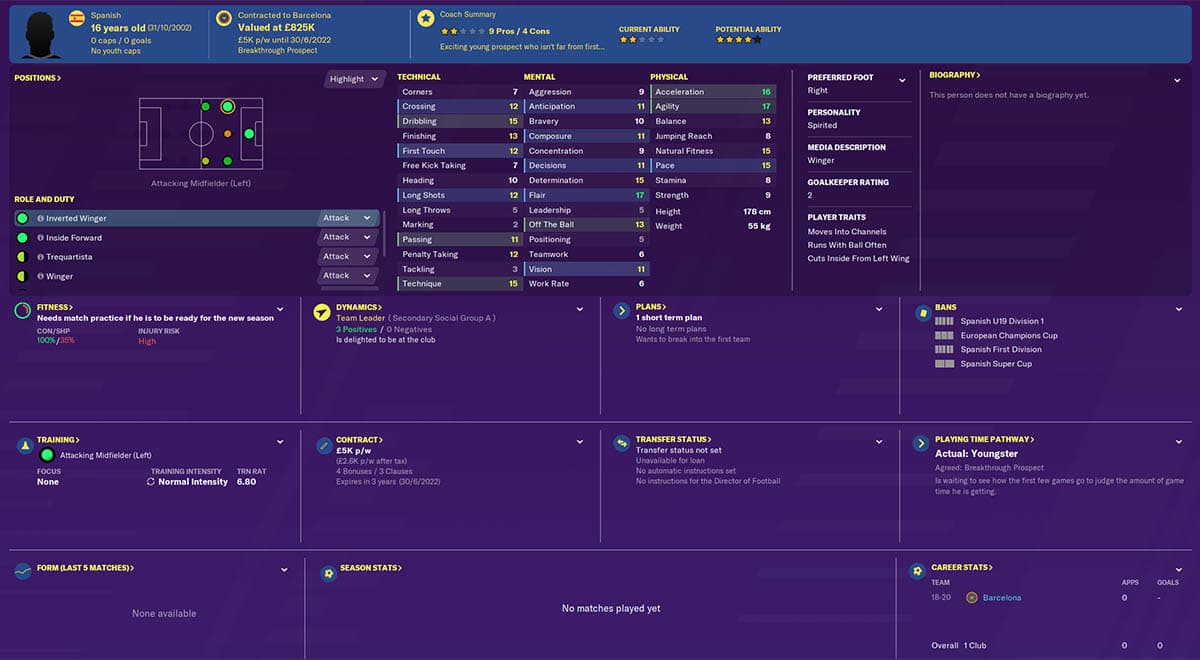 Fati already has a release clause of £86m, despite being just 16-years-young, indicative of how much Barca value a player whose made a breakthrough outside of Football Manager.

He’s definitely a player you should look to develop throughout your first season. If you can’t offer him enough game time, at the very least, it’s worth promoting promote to first-team from the U19s to let him train with the likes of Messi, Griezmann and co. 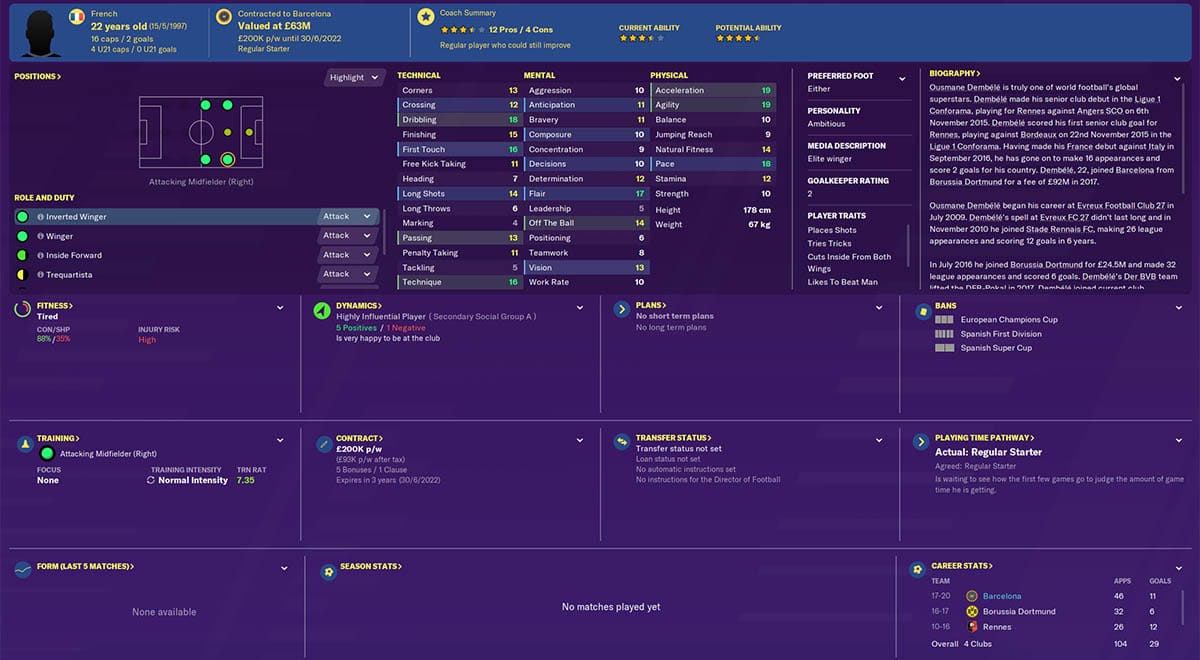 Dembele hasn’t quite hit the heights expected of him since his mega-money switch from Borussia Dortmund in 2017, but FM20 ranks him as one of the best right-wingers on FM20.

With Luis Suarez falling victim to father time, Dembele has a clear path to become Barca’s right-winger of the next decade. 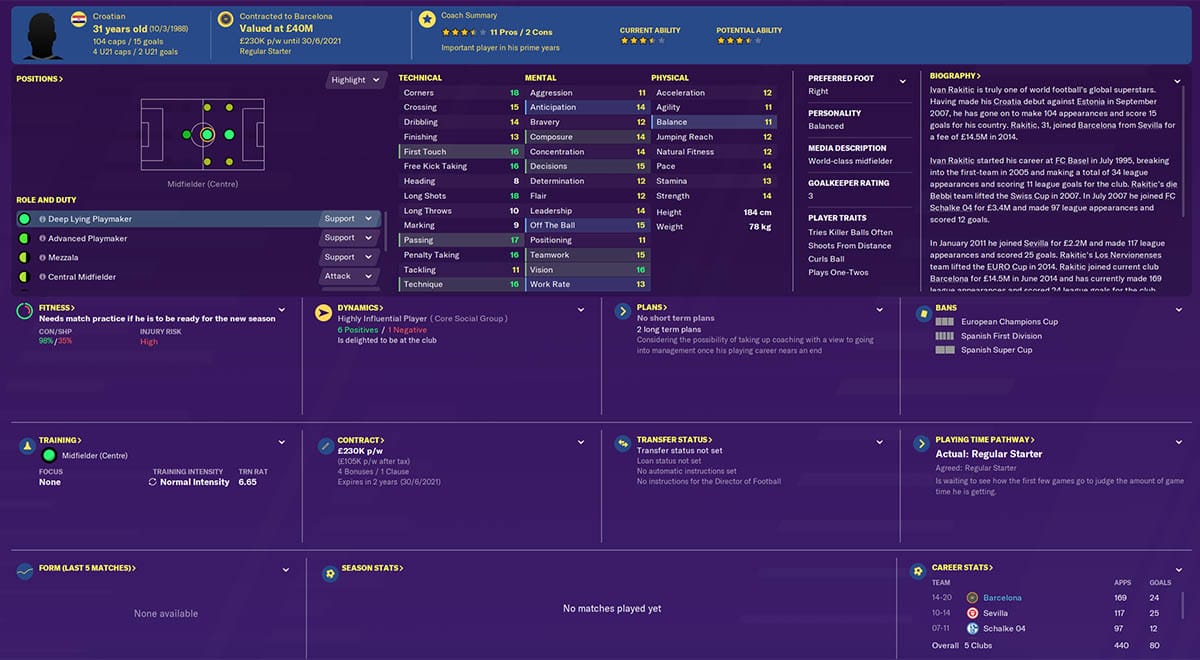 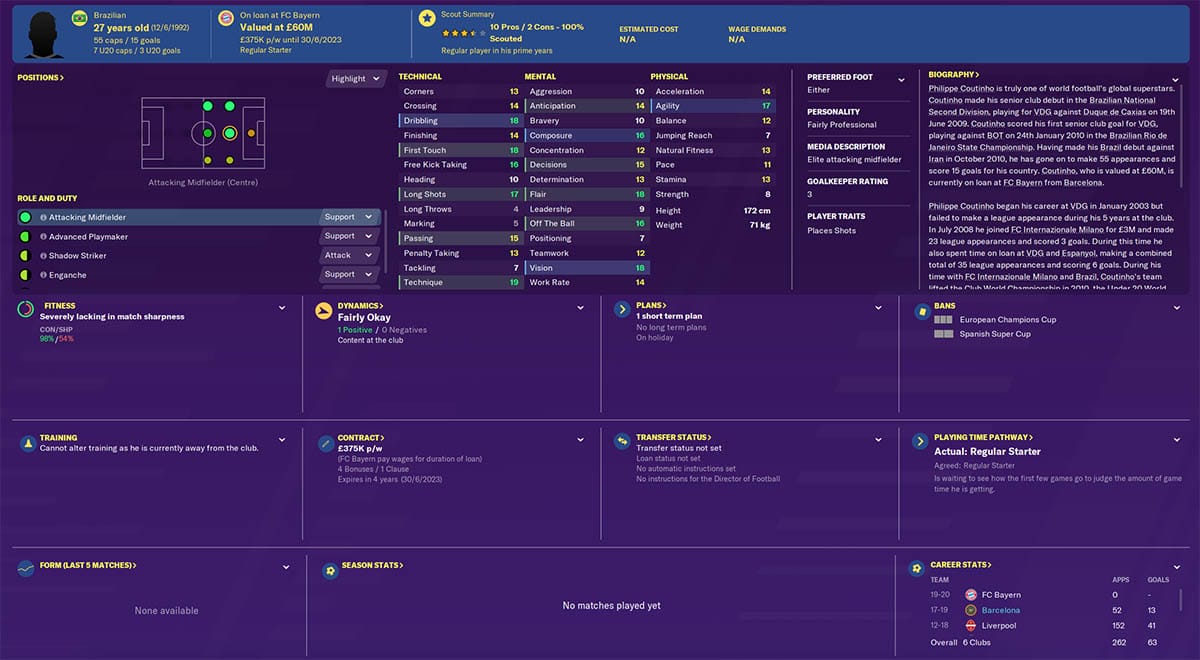 After you’ve read up our Football Manager 2020 Barcelona team guide, check out our list of the most valuable players at every position on FM20 by clicking here.