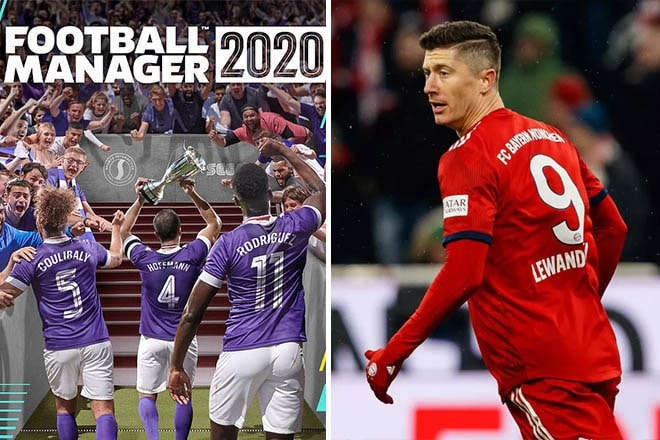 Football Manager 2020 Bayern Munich – A seventh-straight league title was not enough to keep Niko Kovac in a job, leaving the Bavaria managerless at the time of writing. Are you up to the task of rebuilding a squad with ambitions to win the European Champions Cup (Champions League)?

The goal machine that is Robert Lewandowski needs no introduction.

Lewandowski already has 27 goals in 21 games in real life and his goalscoring prowess makes him one of, if not the very best striker in FM20.

The ever-present Austrian left-back has won eight Bundesliga titles and the Champions League during a glittering career in Munich and he’s still only just 27.

Although, you may need to tie him down to a longer deal with his contract set to expire in 2021. Alaba is also the most valuable left-back at the start of any game save in FM20. 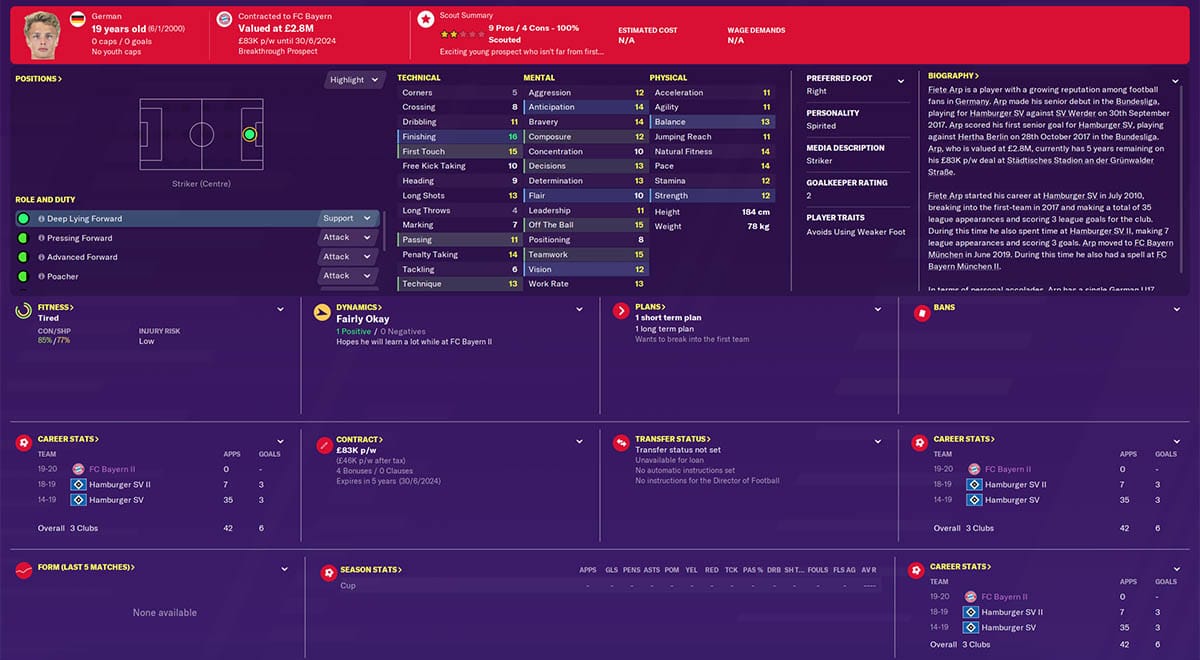 Fiete Arp has long been on the radar of FM fans worldwide. In FM19, Arp morphs into one of the best strikers in world football.

So it comes as no surprise that Bayern snapped him up for a bargain price of £2.6m. Arp is a player who could benefit from a loan move or two but could later on go on to succeed the ageing Robert Lewandowski. 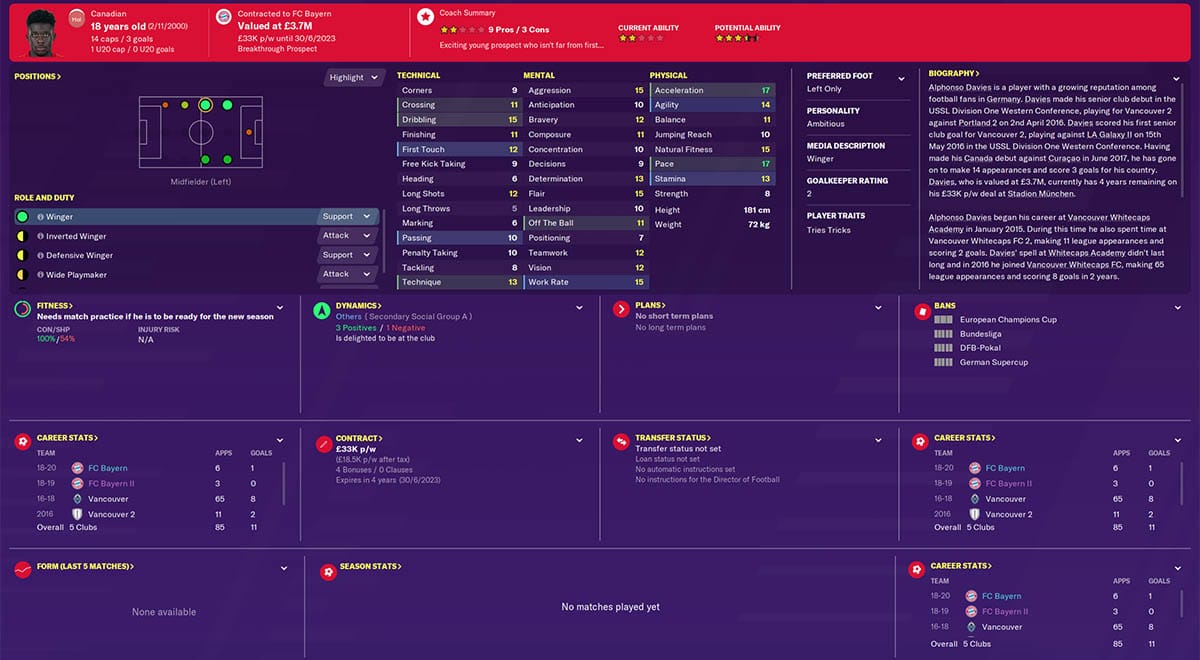 When Bayern signed Alphonso Davies in 2018, it was the highest fee ever paid for an MLS player. An initial fee of £9.84m was paid to Vancouver Whitecaps, which could later rise to £16.6m, surpassing the £8.78m Villarreal paid to sign Jozy Altidore back in June 2008.

With Arjen Robben and Franck Ribery both goners, there is certainly a spot for Daives in the first-team. The question is, can you help the young Canadian realise his glowing potential? 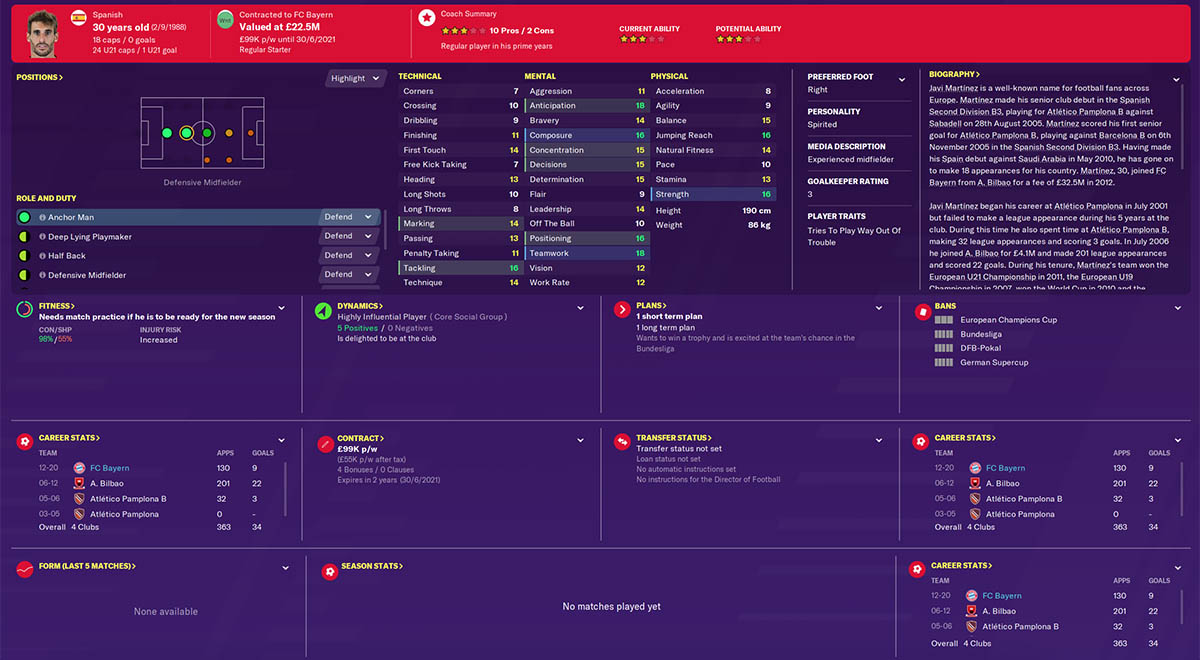 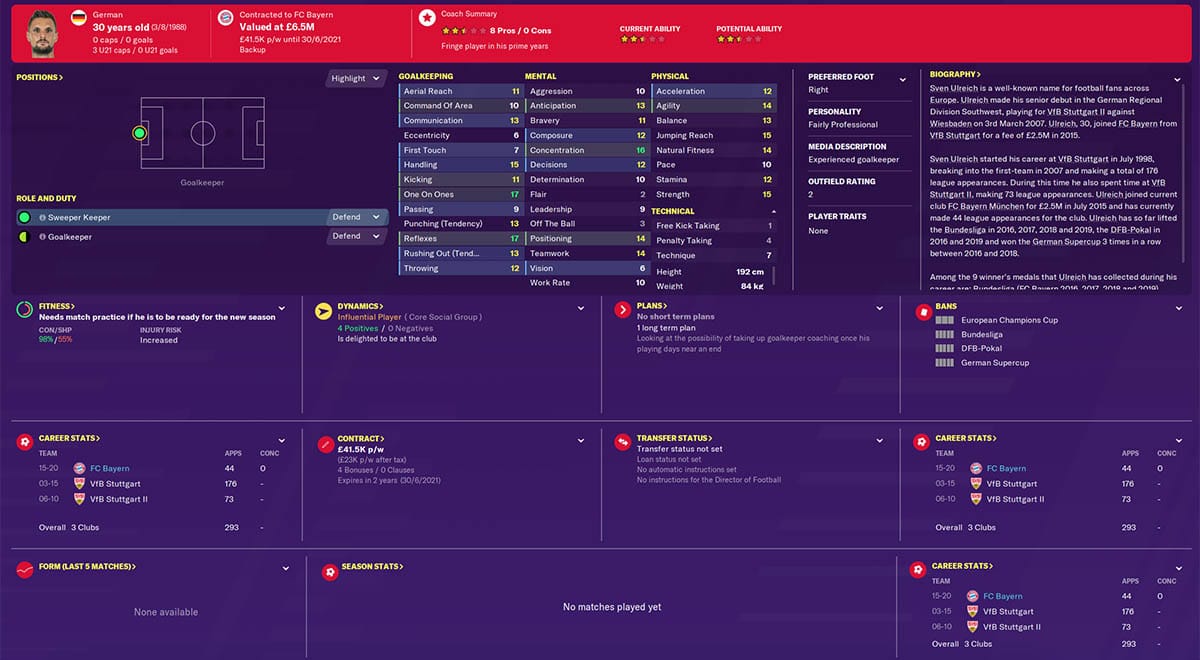 After you’ve read up our Football Manager 2020 Bayern Munich team guide, check out our list of the most valuable players at every position on FM20 by clicking here.