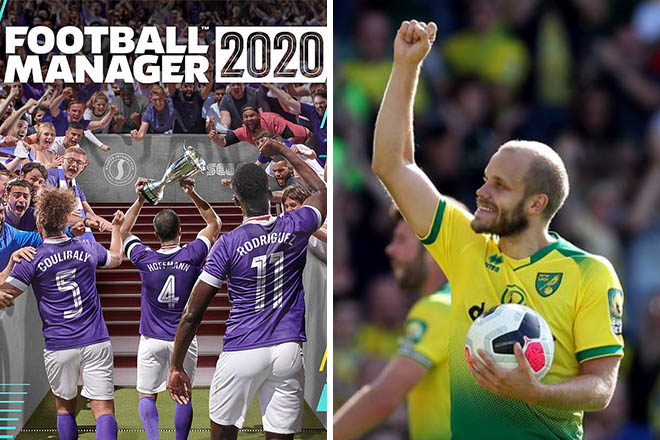 Football Manager 2020 best teams to manage – Some managers opt to pick teams who have an abundance of riches. Other like to start from scratch.

If you fall in the latter category, you’ve come to the right place, as we’ve put together a list of sides in FM20 who begin with no transfer budget.

If you’d like to manage a side with decent starting finances, click here to view another list of teams to consider taking over. In no particular order, here are the 10 Football Manager 2020 best teams to manage with a transfer budget of £10m or less across Europe’s top five leagues.

Barcelona’s paltry transfer budget makes them an interesting pick because the expectations are high, a new striker is needed, but the funds aren’t there.

They definitely have an elite squad but haven’t been able to win the Champions League in nearly five years. Taking them back to the top will be no easy task with a budget of just £8.6m and a key transfer chip, Phillipe Coutinho, out on loan for the season.

Known to be frugal spenders, the Canaries are currently odds on favourites to be relegated from the Premier League. They could well pay the price for not investing enough, but it doesn’t have to be that way in FM20.

Norwich has a collection of intriguing pieces to help you stave relegation and a transfer budget that is more than double what they spent in the summer transfer window of 2019.

How do you go about dethroning the super-rich machine that is PSG with a transfer budget of less than £5m?

Marseille is one of the more interesting Football Manager 2020 best teams to manage for this very reason. Lead by World Cup-winning duo Florian Thauvin and Dimitri Payet, OM needs to pull off a few miracles if they are to win their first league title since 2010.

Bayer currently finds themselves caught up in an enthralling five-team title race in the Bundesliga, that they are even bidding to win the league this late in the season is an indication of the squad’s quality.

You will have a big decision to make regarding the decision of Kai Havertz, one of Europe’s most-coveted midfielders. A Bundesliga title would certainly go a long way in convincing the young German playmaker to extend his stay in Leverkusen.

Atalanta was one this year’s surprise packages in the Champions League, becoming the first team to qualify for the knockout stages after losing their first three group stage games. That’s some achievement.

Domestically, they face the enviable task of trying to once again qualify for the Champions League and will have to see off challenges from the likes of AC, Inter, Lazio and Juventus.

The second German side caught up in a five-way race for glory, Monchengladbach is always in the conversation for European football but are yet to take that next leap forward. Are they the Football Manager 2020 best team for you?

If you can’t win the club’s first title since 1977, can you at the very least secure Champions League football for the first time in a few years?

SPAL is currently battling relegation in real life and in FM20 that’s the task put before you, to avoid a quick return to Serie B.

With one of the league’s lowest transfer budgets, staving off the drop won’t be a walk in the park, but it’s possible.

Replacing the goals provided by Antoine Griezmann is not simply a like-for-like transaction.

Whilst fans would be delighted to see Joao Felix find his shooting boots, the £114m ex-Benfica forward hasn’t quite hit the heights expected of him after his nine-figure transfer. With Real Madrid and Barcelona not at their strongest, the opportunity is certainly there to snatch another league title from under their eyes.

David Wagner’s Schalke side are fringe outsiders for a shot at the Bundesliga title but they may have to aim for Champions League football instead.

That task will be made all the more difficult as star goalkeeper and former club captain, Alexander Nubel, has agreed to join Bayern Munich on a pre-contract agreement.

Last but by no means least, Juventus’ main geographical rivals, Torino, serve up an intriguing prospect as one of our FM20 best teams to manage.

Lead by frontman Andrea Belotti and former West Ham striker Simone Zaza, the Turin outfit will at the very least be hoping to secure Europa League football in your first term.