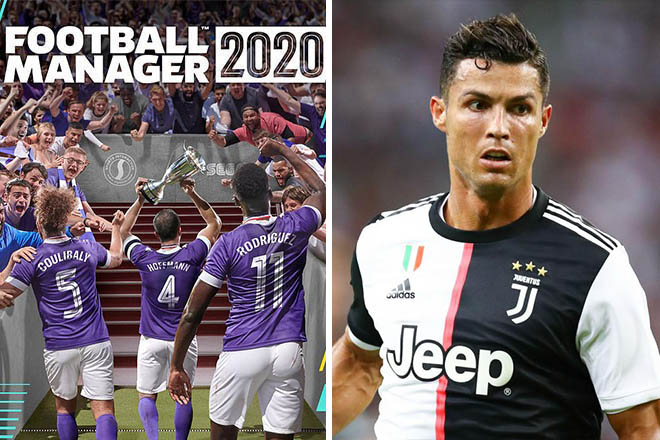 Football Manager 2020 Juventus (Zebre) – The club are once again favourites to win their ninth title in a row, but can you go all the way in Europe in FM20?

With just two Champions League victories in the club’s history and the last coming back in 1996, Juve is desperate to avenge their two runners up placements in the last decade. Something has to give, so can you help Sarri’s side win the trophy that’s eluded them for 25 years now? 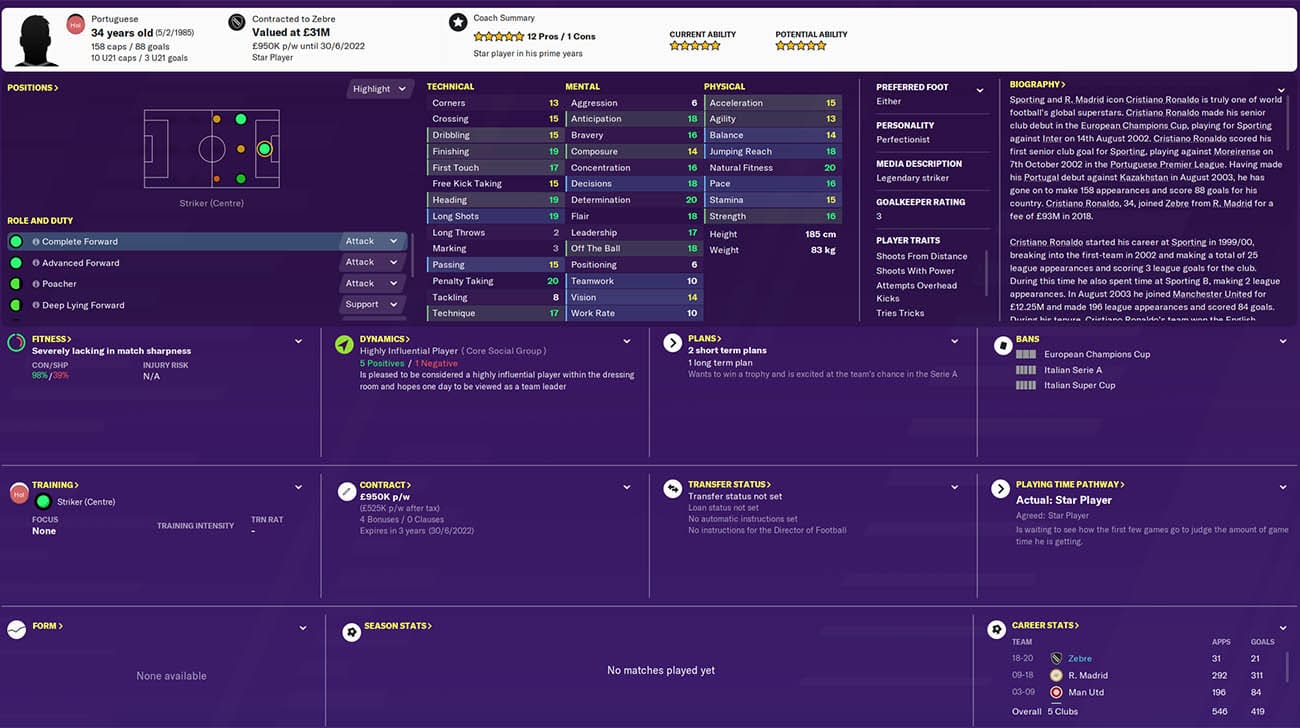 With 20 goals in 20 league games in 2019/20, it’s safe to say that Ronaldo didn’t get the memo about footballers supposedly getting worse with age.

The Champions League icon is still easily the most gifted player on FM20 in terms of his attributes, trailing only Lionel Messi. We need not say any more about why it’s important to get Ronaldo fit and firing. 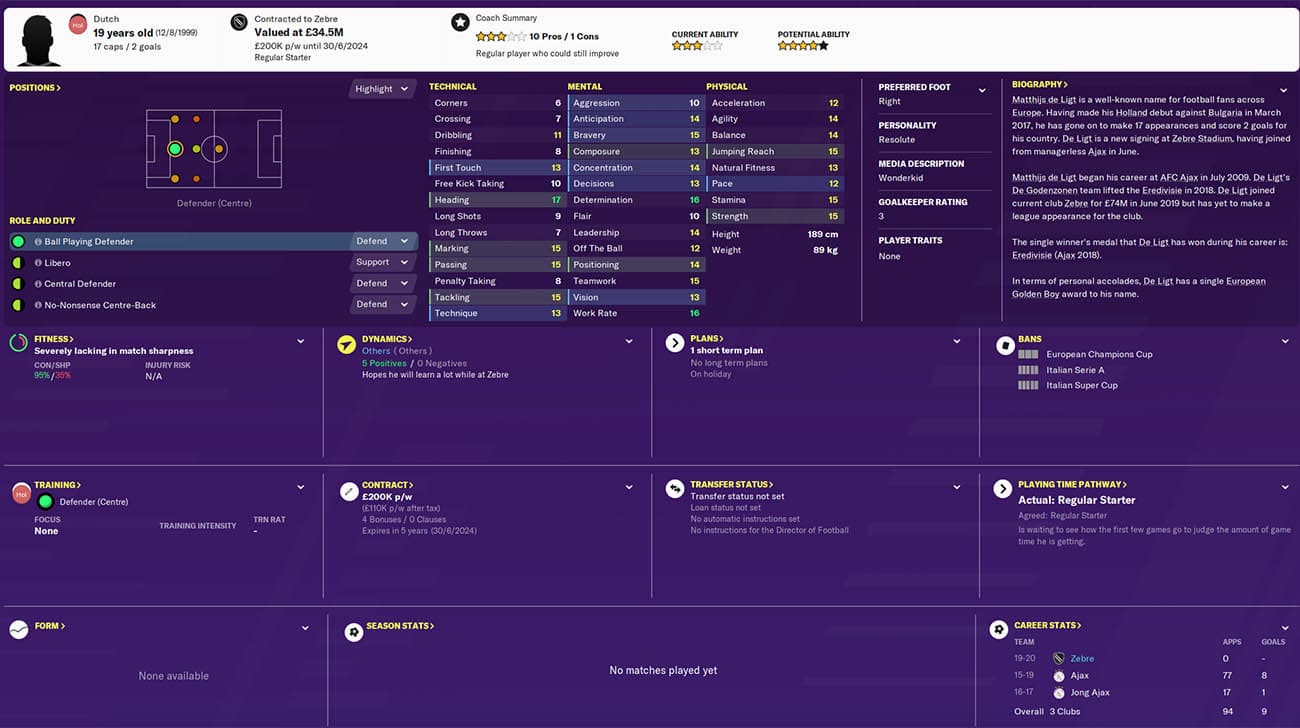 De Ligt could’ve gone literally anywhere this past summer. Barcelona and Bayern Munich were among the Dutch defender’s other options, but in the end, he settled on a £75m switch to Maurizio Sarri’s Juventus side, where things have gone so badly that he was linked with a move away from Turin in January.

Still, judging him this early on would be harsh as he’s still just 19 and has plenty of years ahead of him to develop into one of the world’s very best defenders. 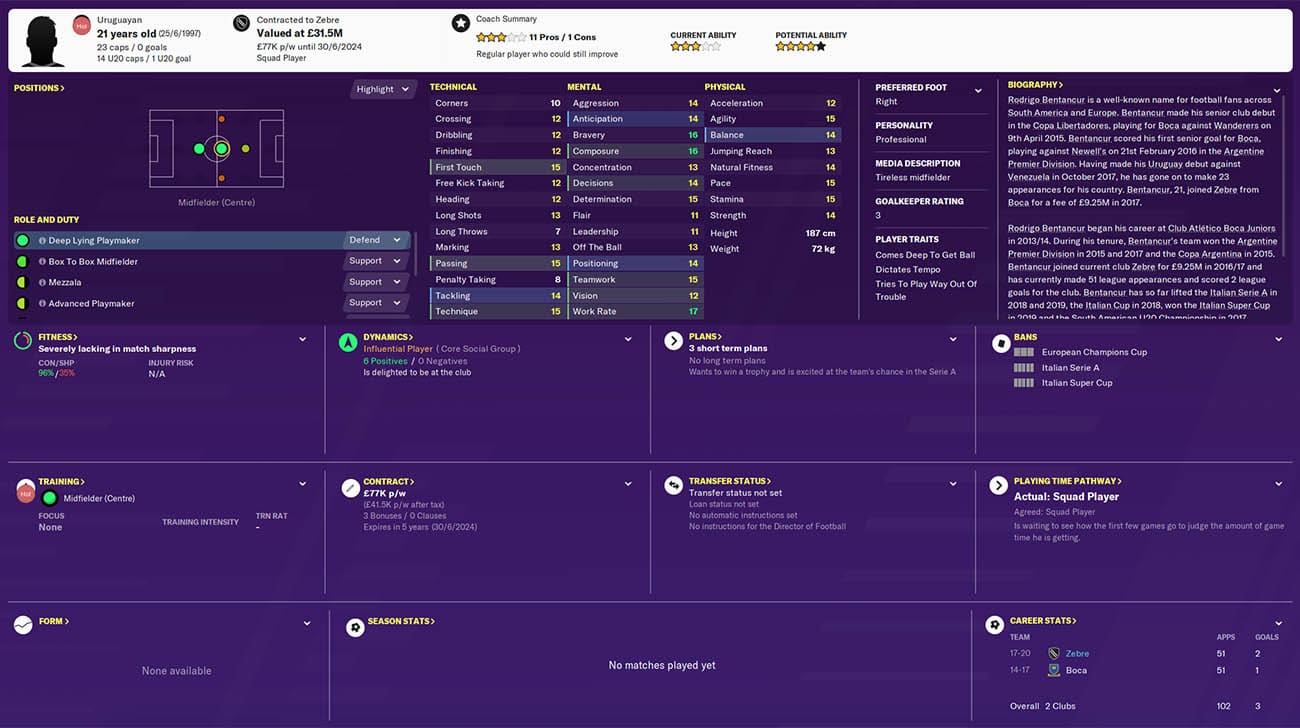 De Ligt is Juventus’ best young star in terms of potential ability but Bentancur isn’t far behind. He is already one of the best midfielders in Serie A with room to grow to an elite level overall.

The Uruguayan international has become an increasingly important cog in Turin since his £9.25m witch from Boca in 2017 and that trend should continue in FM20 if you use Juventus/Zebre. 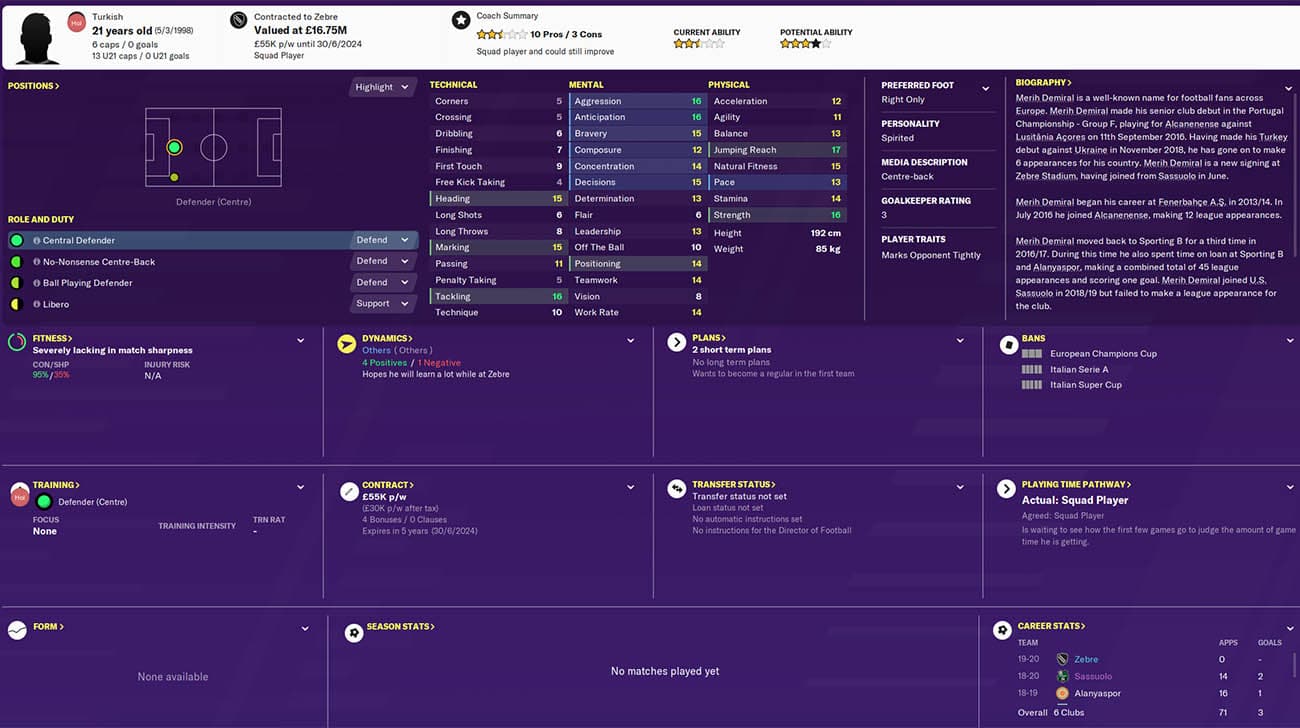 Demiral is the source of constant links with a move away from the Allianz Stadium, with Arsenal among his potential list of suitors. With just five league starts under his belt so far, it’s not hard to see why.

Put simply, Demiral is too talented to be wasting away in the reserves, so look to ease him as a first-team player sooner rather than later. 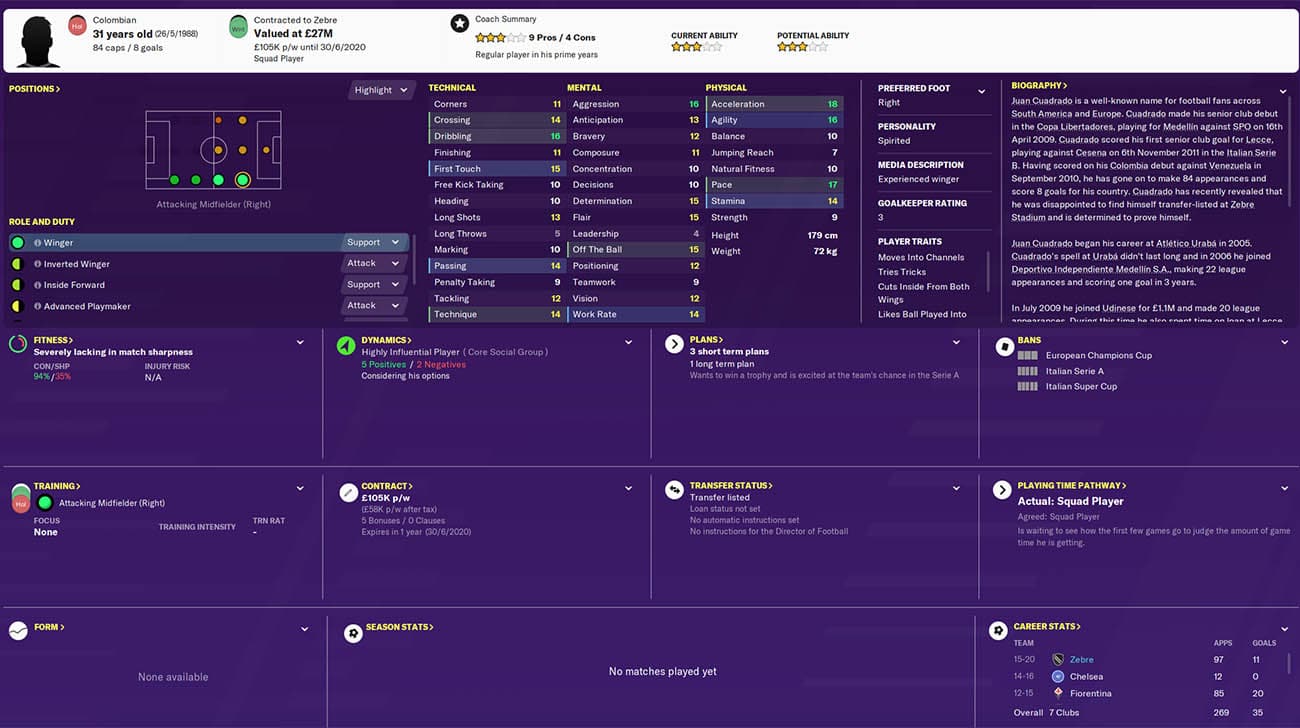 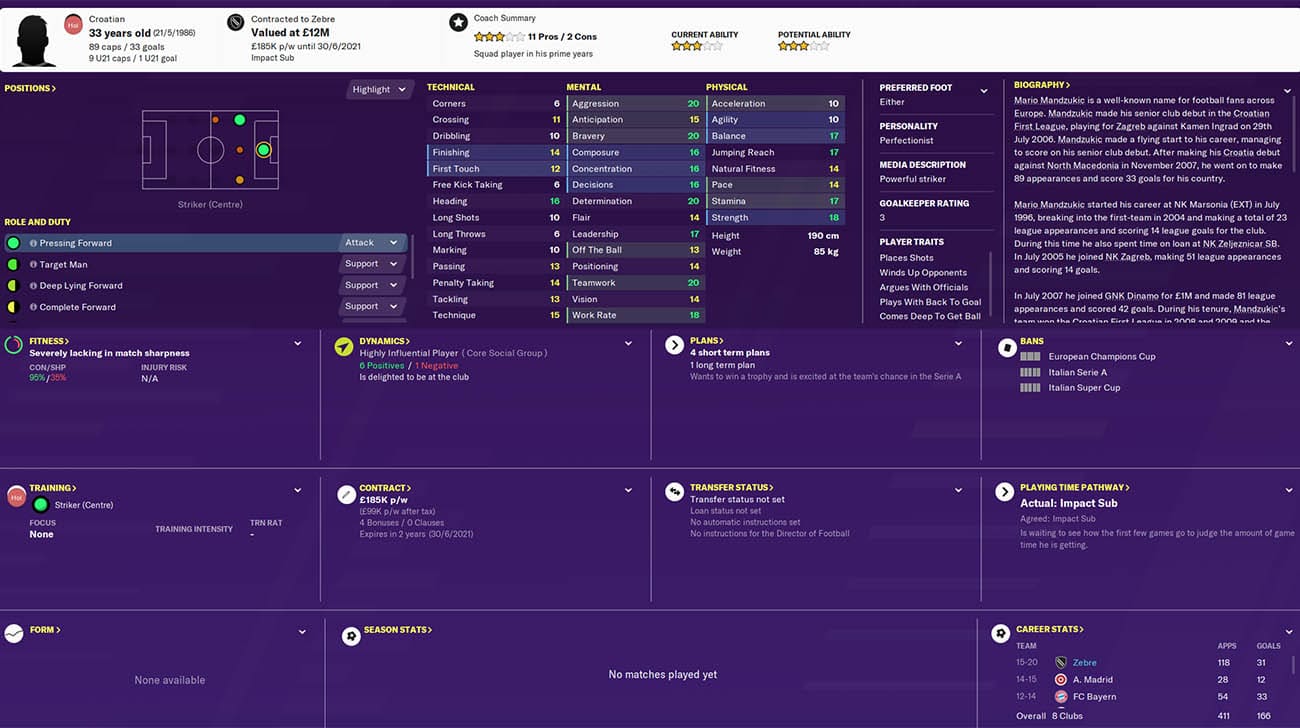 After you’ve read up our Football Manager 2020 Juventus (Zebre) team guide, check out our list of the most valuable players at every position on FM20 by clicking here.