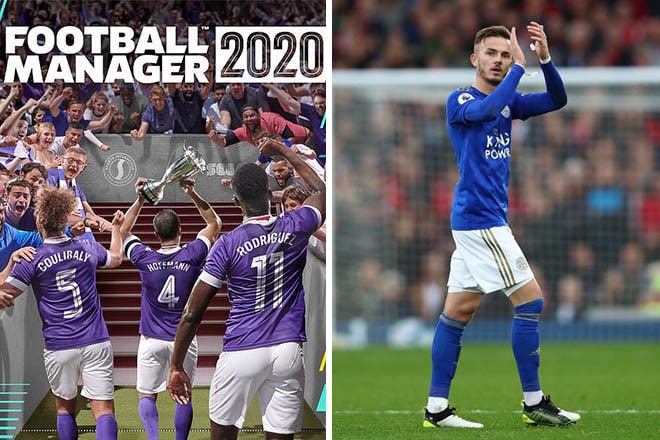 Football Manager 2020 Leicester – The Foxes’ collection of young talent is no joke. There are no limits on how good they could become on FM20.

Lead by James Maddison, a player who is simply a stat machine on FM20, Leicester’s young side have all the tools needed to become of the best in the Premier League, if not the very best, within a few seasons.

Maddison is rightfully dubbed as a potential starting midfielder for England for the next decade or so. Even with competition from the likes of Jack Grealish, Phil Foden and Todd Cantwell, Maddison’s value is clear on FM20.

If you build your team around him, you should be able to expect around 15-20 goal contributions per season at the very minimum. The tricky part will be holding onto him and keeping away the likes of Manchester United, who are rumoured to have him high on their shopping list this summer. 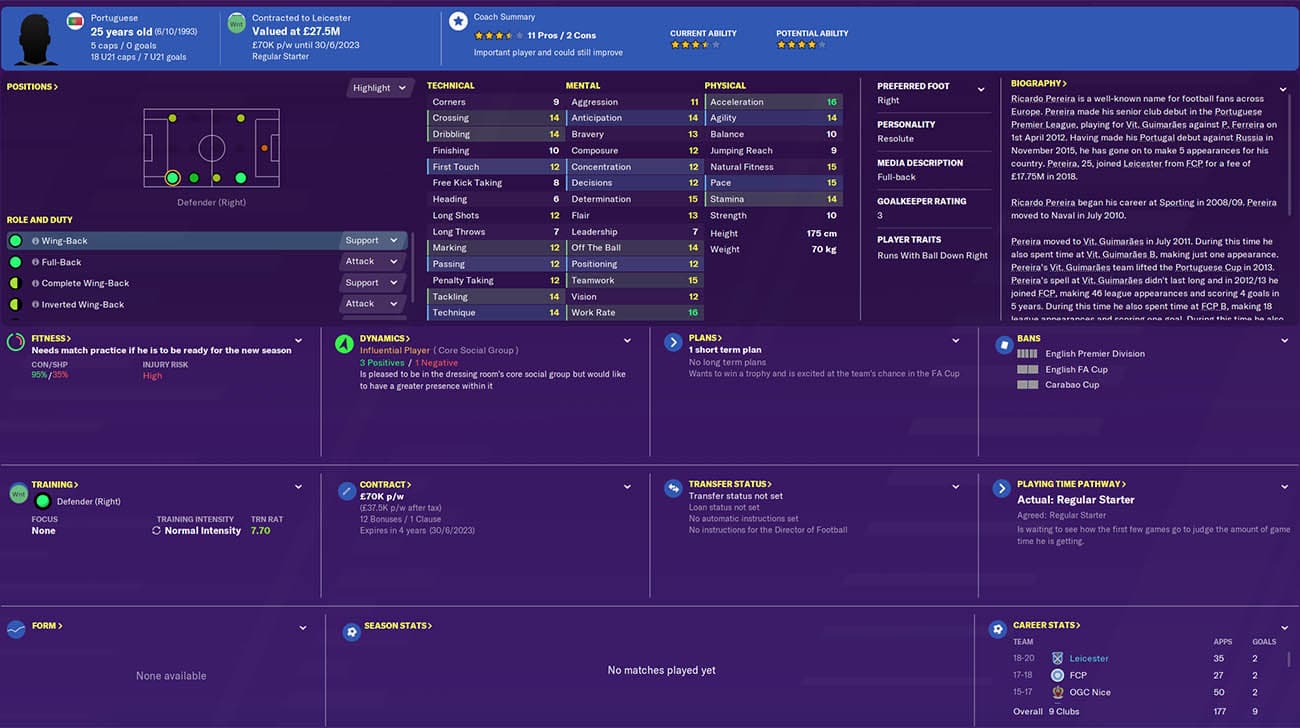 Ricardo is one of the most reliable wing-backs in the Premier League, capable of offering an attacking threat while also able to stay across all of his defensive duties.

At 25, Pereira is set to enter his prime. If you can achieve a moderate level of success, hopefully, those years will be spent at the King Power Stadium instead of elsewhere. 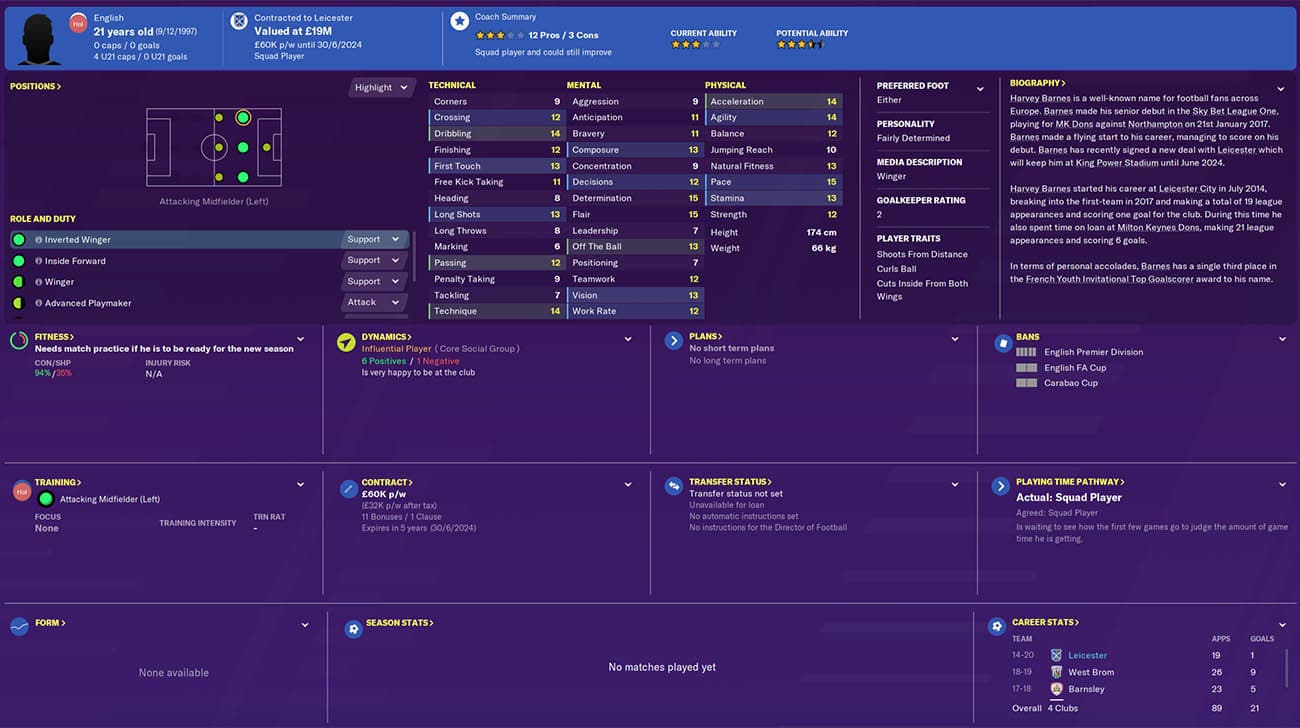 Barnes has really come into his own this season under Brendan Rodgers, already registering four goals and seven assists in the Premier League in a strong breakout campaign.

He could easily become a mainstay at the King Power for the next decade and maybe even an England regular, so keep his development high-up on your list of priorities. 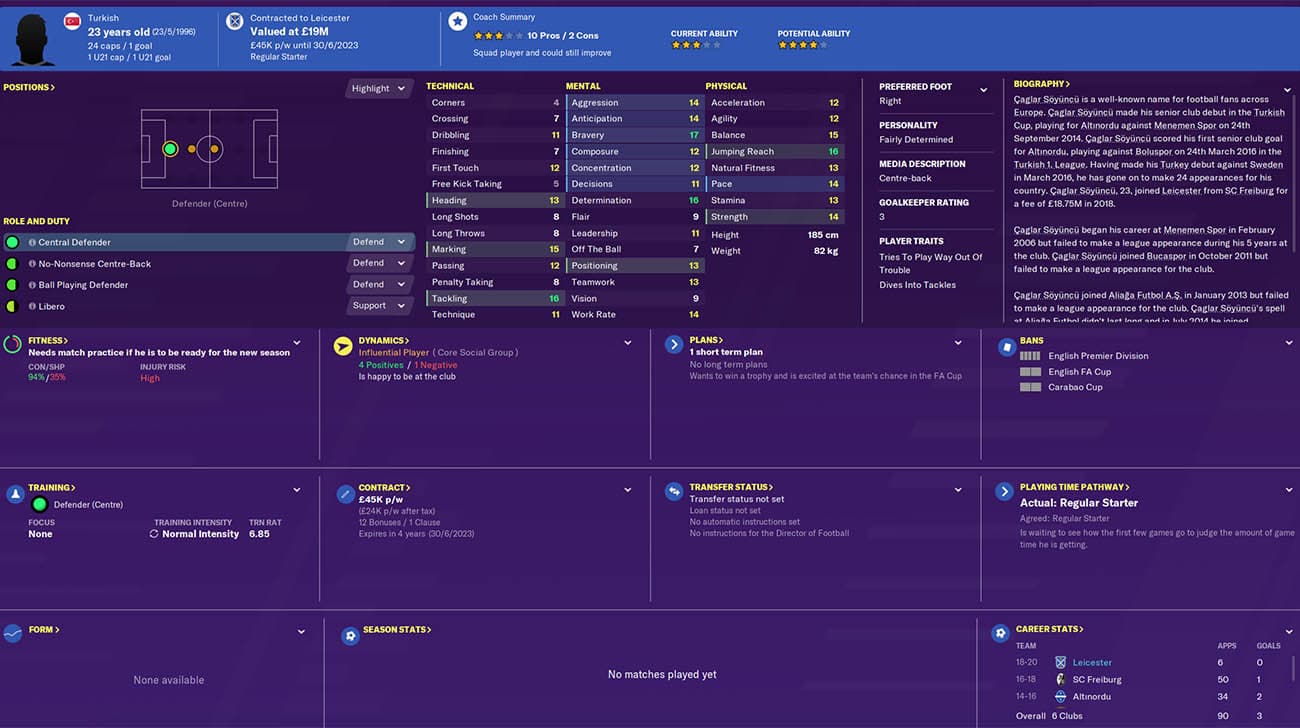 When Leicester sold Harry Maguire for £85m, some wondered how they’d cope without signing a like-for-like replacement. That hasn’t mattered because Turkish international Soyuncu has stepped up and become one an ever-present fixture of the Foxes defence.

Currently rated at just three-stars by the coaching team, he has the potential to become a four-star player but isn’t that comfortable playing as a ball-playing defender on FM20, which may be an issue for some. 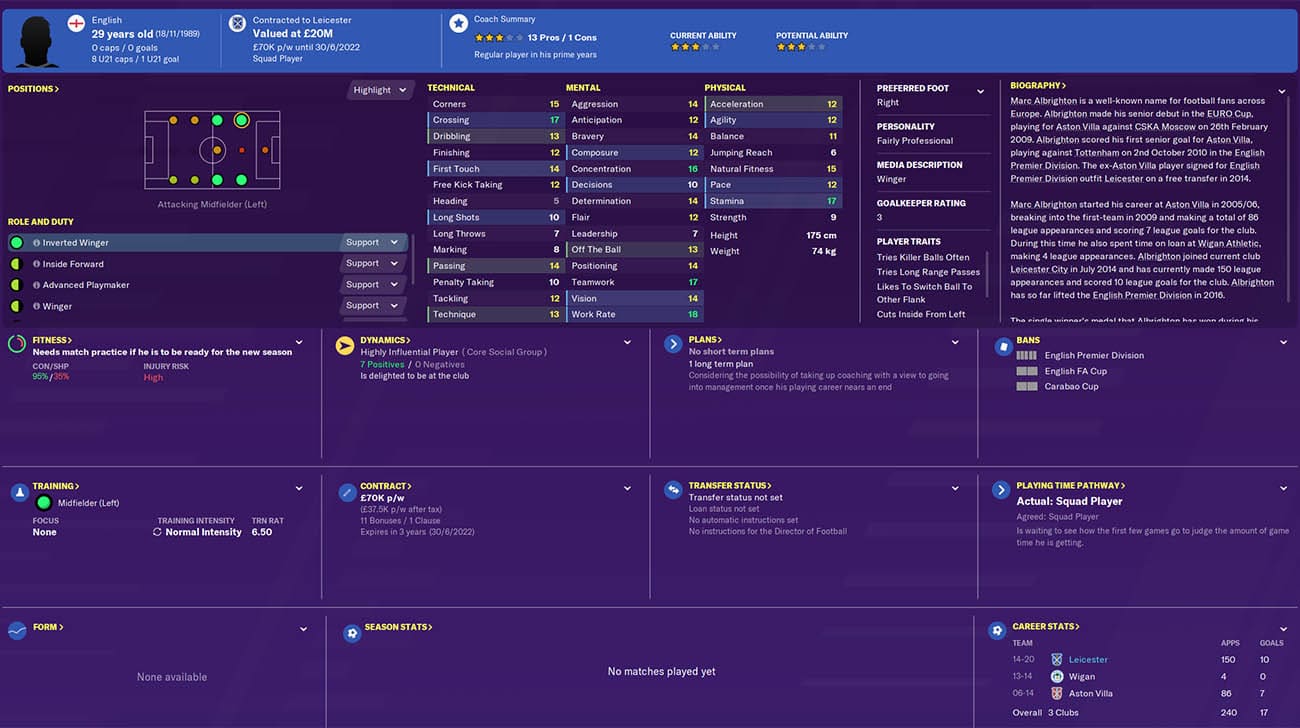 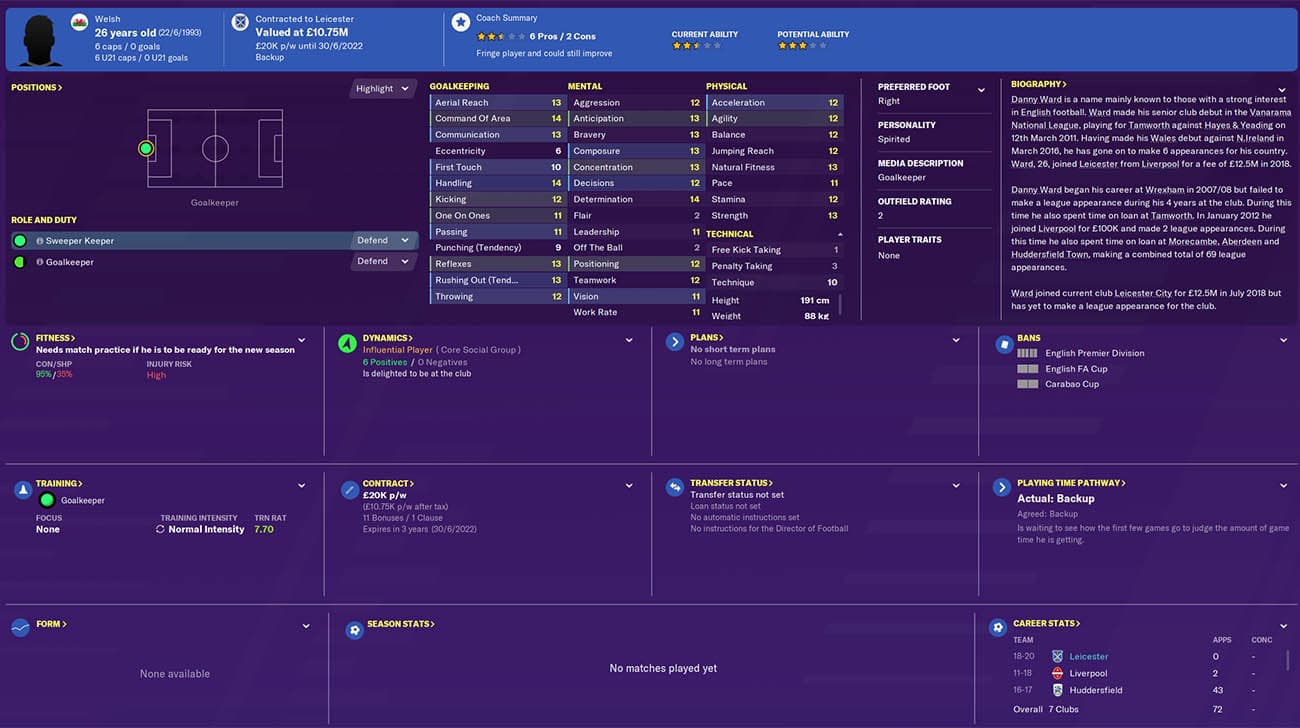 After you’ve read up our Football Manager 2020 Leicester team guide, check out our list of the most valuable players at every position on FM20 by clicking here.