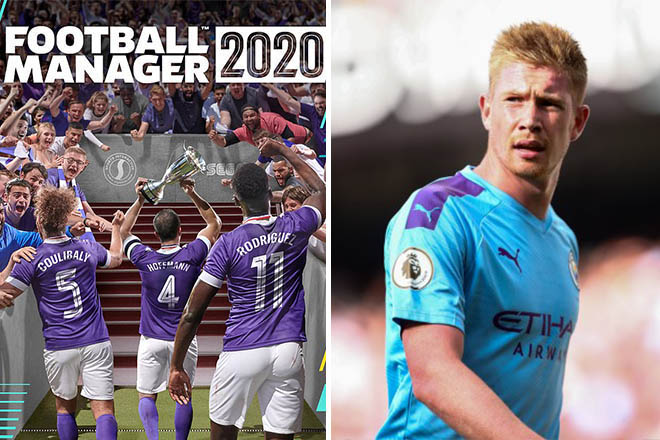 Football Manager 2020 Manchester City – Man City are a juggernaut and their squad in FM20 is one of the very best. But despite their riches, United’s ‘noisy neighbours’ are yet to win the Champions League, but that could all change in FM20. 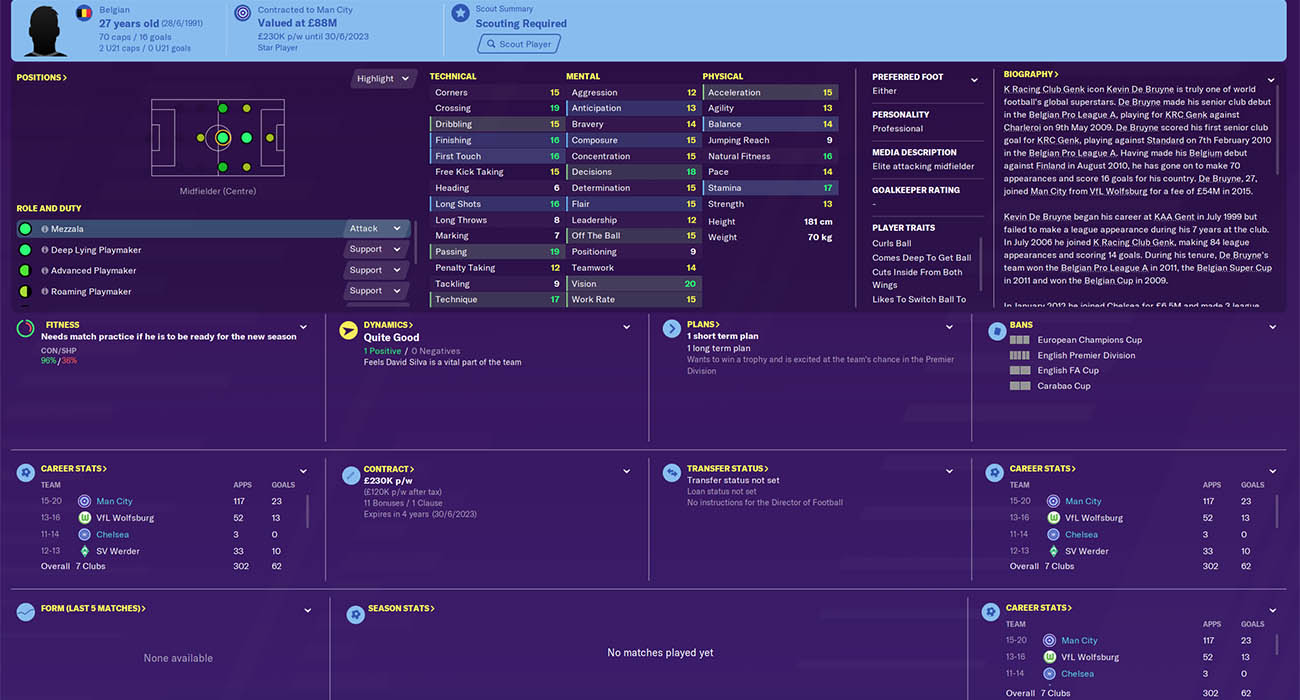 Without De Bruyne, Man City are a different side. The Belgium maestro averages around 53 passes per game in the Premier League and that trend should be no different on FM20.

Best deployed in the role of ‘mezzala’ or ‘deep-lying playmaker’, your attack should run through De Bruyne, which means playing him in his best position and slotting in other parts accordingly. 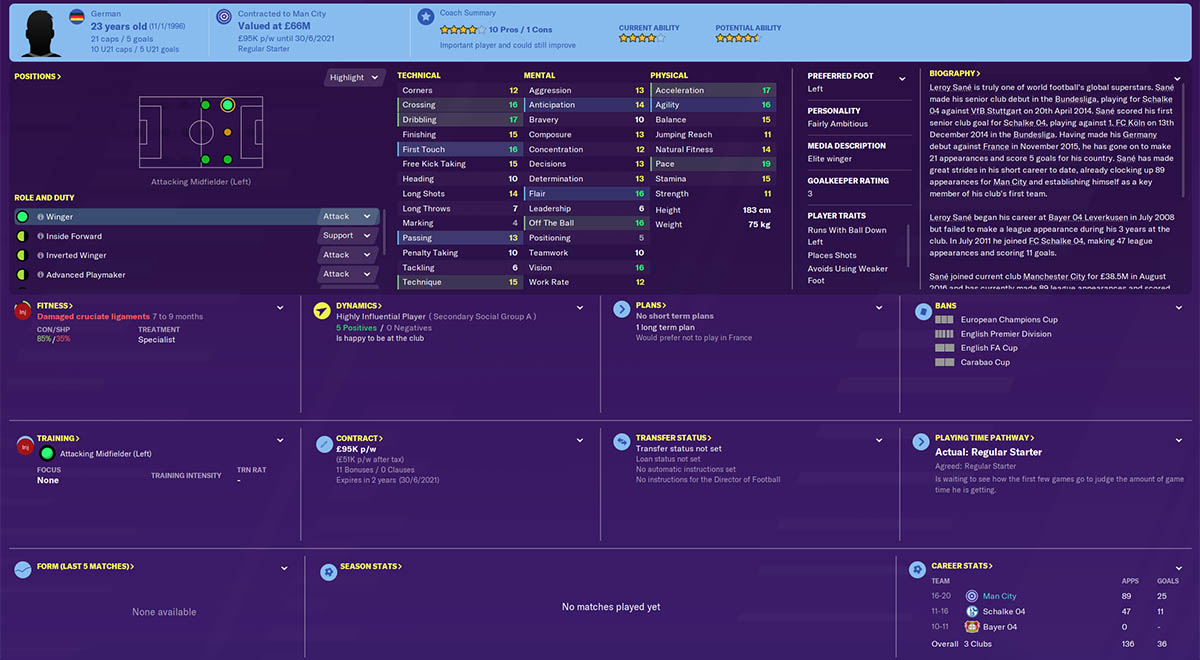 With ten league goals in each of his first two seasons in Manchester, Sane is a prolific finisher with a strong knack for laying on chances for others too. The even better news is that the German winger has room to improve to an even better level, with his potential ability (177/200) a level higher than his current ability (167/200). 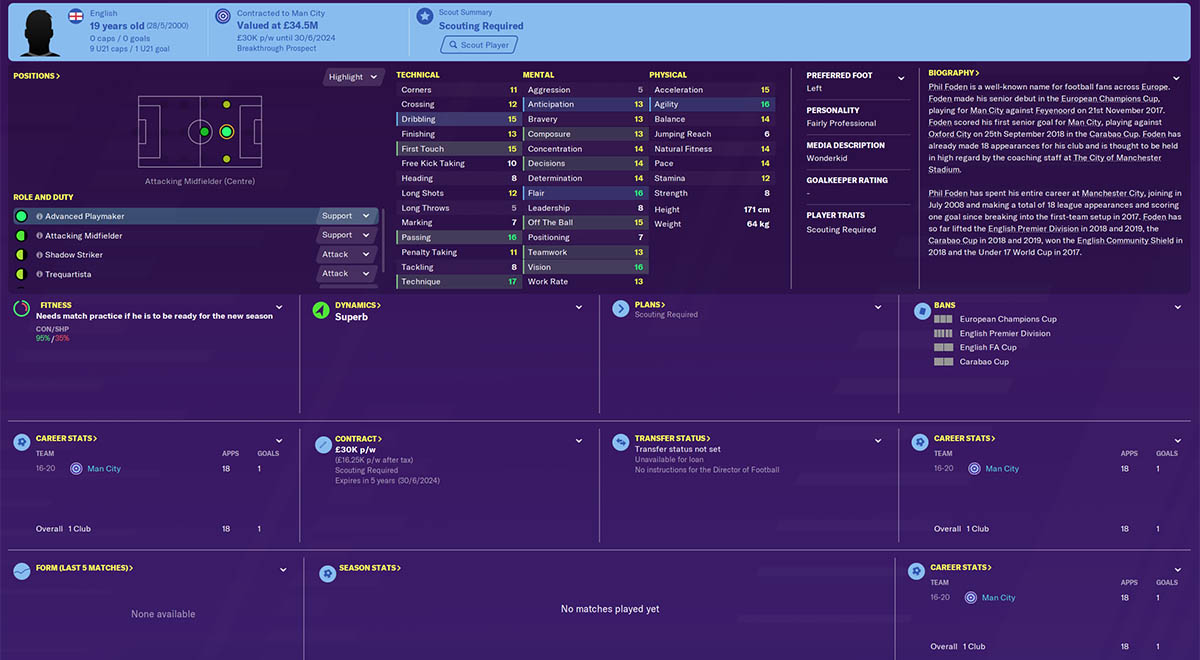 It would not be unthinkable for Phil Foden to secure a place in England Euro 2020 squad. But then again, giving him regular game time ahead of City’s other midfield options will be a tricky puzzle to solve.

With the potential to become one of England’s premier attacking talents, if you can’t find room for him in your first team in 2019/20, look to send him out on loan to another Premier League side ready to feature him week-in week-out. 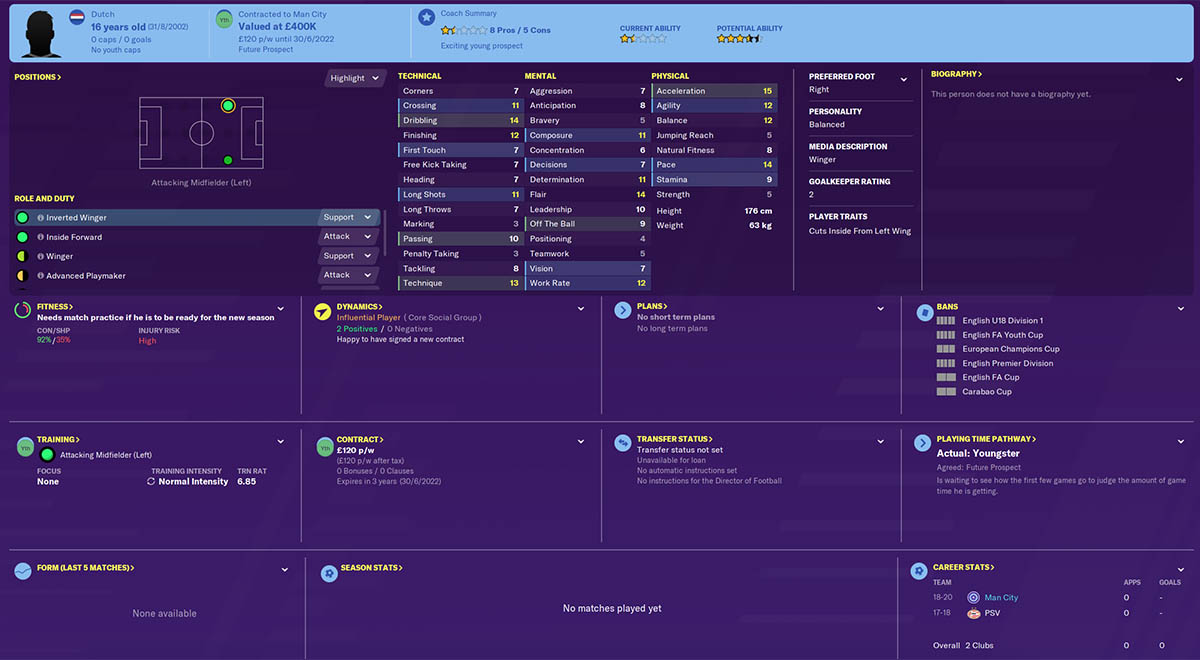 The Dutch youngster joined Man City in 2017/18 after beginning his career at PSV and could become a valuable squad player later on down the road.

Braaf is still a raw prospect, but once he becomes eligible for a loan deal, look to send him out to another English side to give him so much-needed first-team football, which won’t be easy to come across in the first-team. 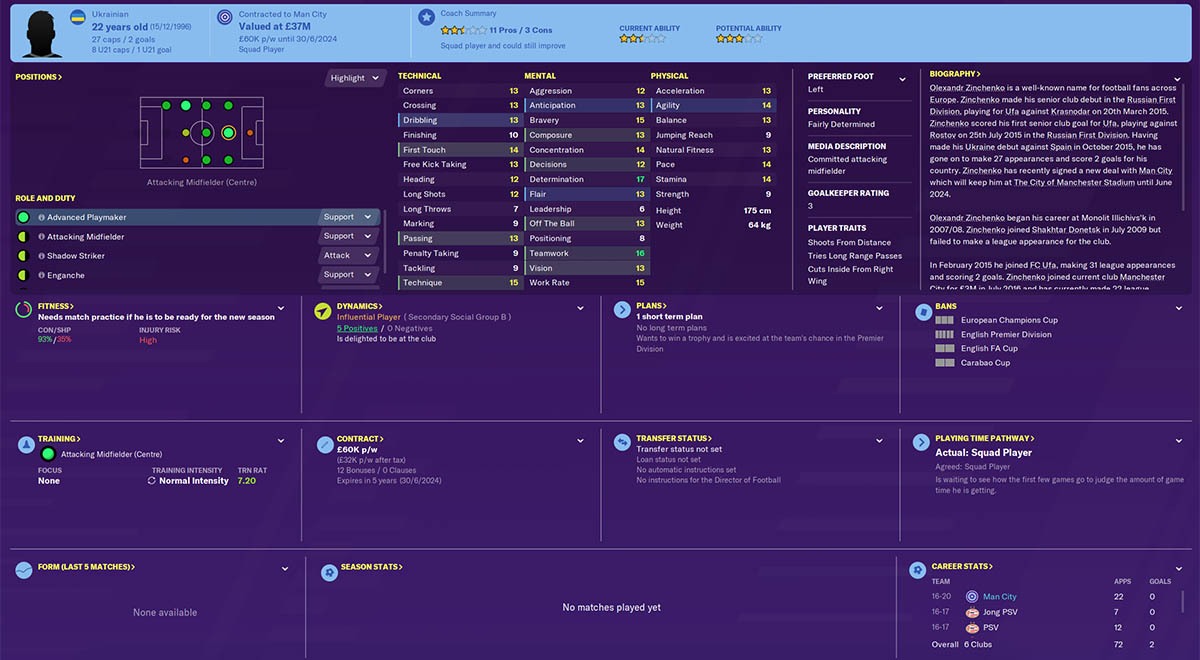 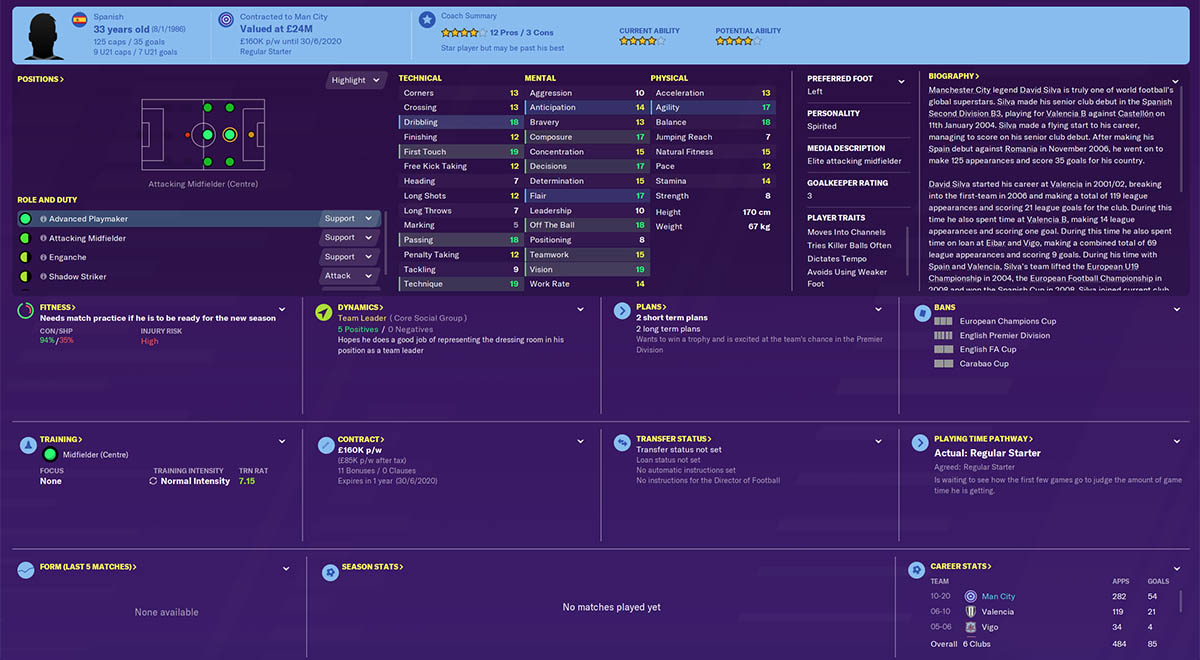 After you’ve read up our Football Manager 2020 Manchester City team guide, check out our list of the most valuable players at every position on FM20 by clicking here.